The four-cylinder engine is one of the most versatile motors in the vehicle industry. It offers a potent combination of fuel efficiency and power, which is why a lot of SUVs have this engine. We have researched for you the best four-cylinder SUVs, and this is what we found out.

These are some of the best SUVs with four-cylinder engines on the market:

Continue reading to find out more details regarding the best four-cylinder SUVs that money could buy. We will also be suggesting some cool articles at the end of this write-up. 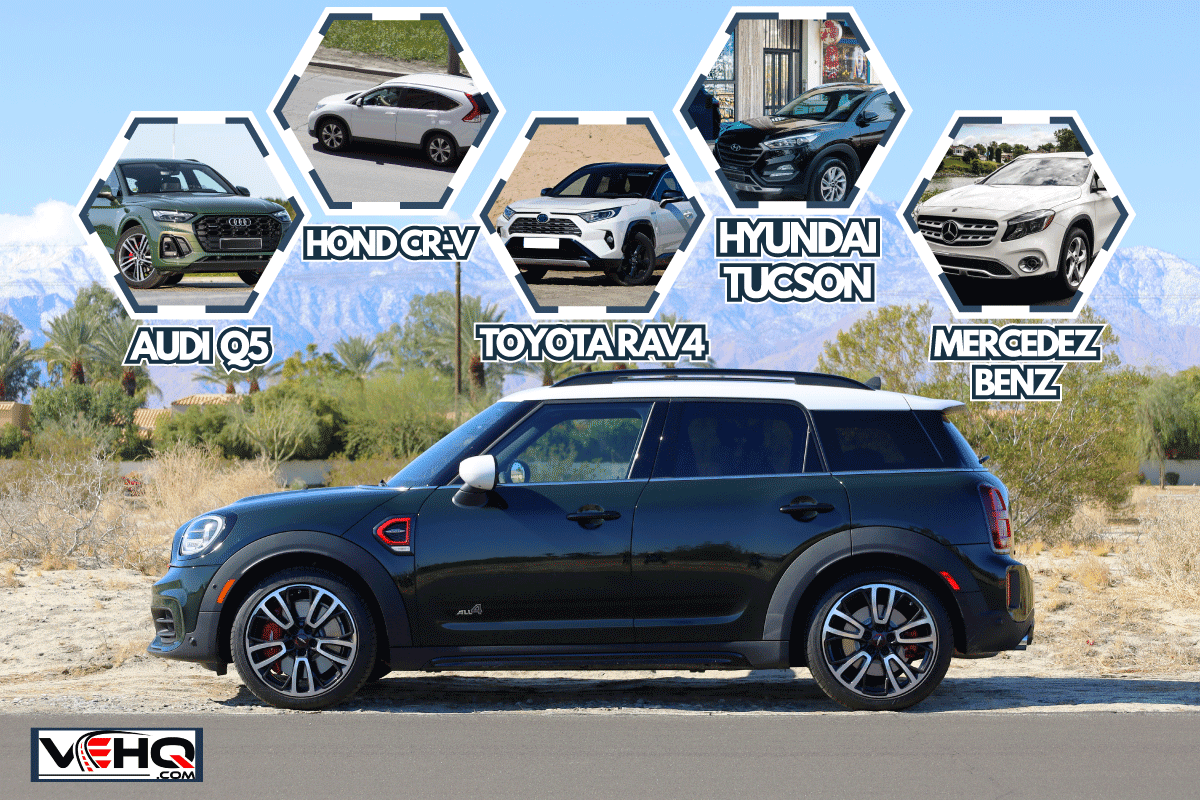 What Are the best 4 cylinders SUVs to buy?

Here we have listed some cars that always seem to find their names when talking about the best performing four-cylinder SUVs. Some brands have multiple entries on this list, so we have decided to compile them together as most of them are nearly identical. 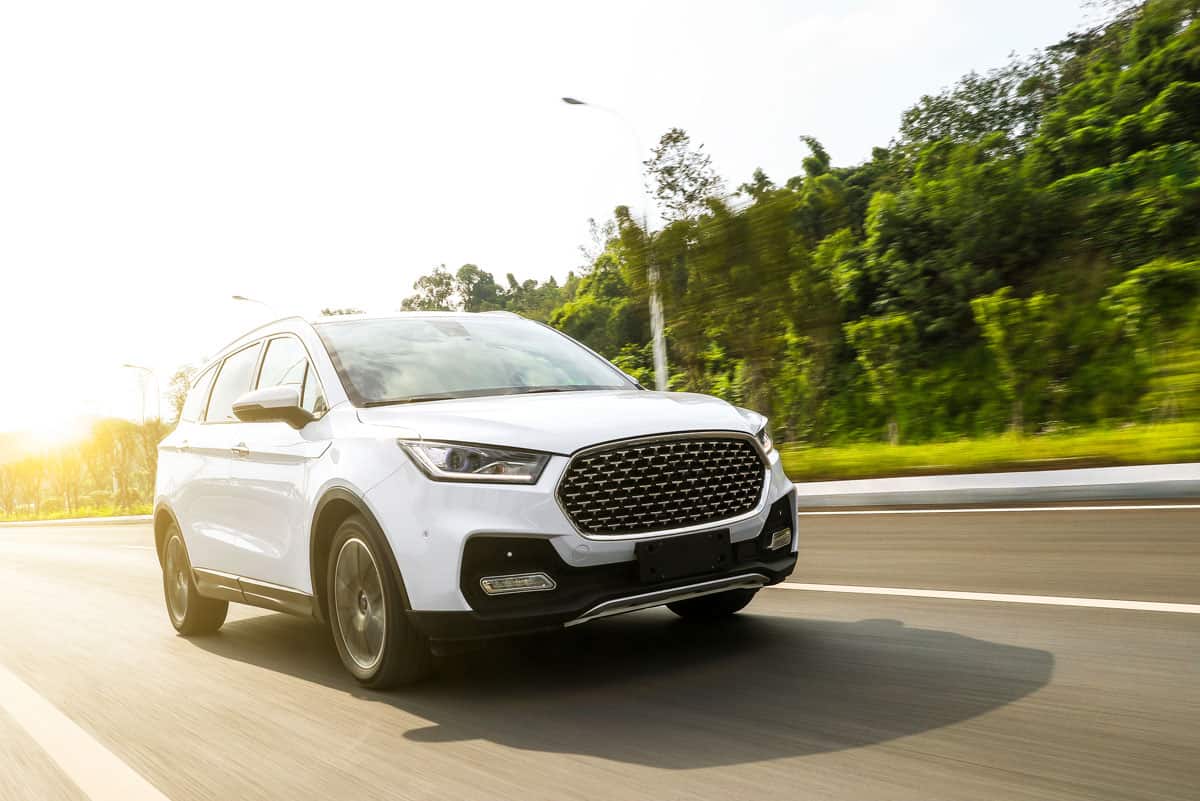 The RAV 4 gas and hybrid engines have been one of the strongest competitors in this segment. The gas version is powered by a 203-hp 2.5-liter four-cylinder engine paired with an eight-speed automatic transmission.

While the hybrid comes standard also with a 2.5-liter four-cylinder engine that has 219 horsepower underneath its hood.

The Hybrid also has impressive fuel economy. It gets 38 mpg in the city and 41 on the highway, by far the best on this list.

Hyundai's Tucson and Santa Fe also made the list as one of the best four-cylinder SUVs in the segment.

The Santa Fe comes standard with a 2.5-liter four-cylinder powered with 191-hp.

You can also upgrade to a more efficient 1.6L turbocharged GDI 4-cylinder Hybrid engine. This power boost doesn't come at the cost of fuel efficiency. It reaches 36 in the city and 31 on the highway with its hybrid version.

While the Tucson buffed it up with its hybrid version that has a 1.6-liter four-cylinder engine that has a 44.2-kWh electric motor that has a combined output of 226 horsepower and 258 lb-ft of torque. This high-tech hybrid manages 38 for both city and highway driving.

Hyundai has been one of the most consistent car brands in the market. That is why in 2021, Hyundai was able to sell over 738,000 vehicles in the United States despite the pandemic. This is also the company's third best-selling year in its history.

What is a car list of the best four-cylinder engines without a Mercedes, its GLA, GLB, and AMG GLA 35 make the list as one of the best 4-cylinder vehicles out there.

The Mercedes GLA impresses with a 2.0-liter turbocharged inline-four that produces 221 horsepower and 258 lb-ft of torque. It has a fuel economy of 23 mpg in the city and 32 mpg on the highway.

Moving on with the GLB class, now this and the GLA are quite similar vehicles and can easily be interchanged by untrained eyes.

Under the hood, you can find a very similar engine as well with a  turbocharged 2.0-liter four-cylinder that also makes 221 horsepower. While it has a slightly poor mpg with 23 in the city and 30 on the highway.

The third cross-over Benz on this list is an AMG GLA 35 that also has very similar engine specs. Its engine is a 2.0-liter turbocharged inline-four that also has 302 horsepower and 295 lb-ft of torque as well. It also has an mpg grade of 23 in the city and 32 on the highway.

The GLE class speaks for itself, becoming the best-selling Mercedes SUV in the country. For the base GLE, you can expect a 255-horsepower turbocharged four-cylinder equipped with a nine-speed automatic transmission that is rated at 19 mpg in the city and 27 mpg on the highway.

Now all four vehicles may seem similar as they belong to the same class in the Mercedes lineup. They do however have differences in dimensions and body designs with the GLB having slightly wider dimensions compared to the GLA.

Also, the GLB and GLA are far more fuel-efficient compared to the GLE, but they do offer less power. 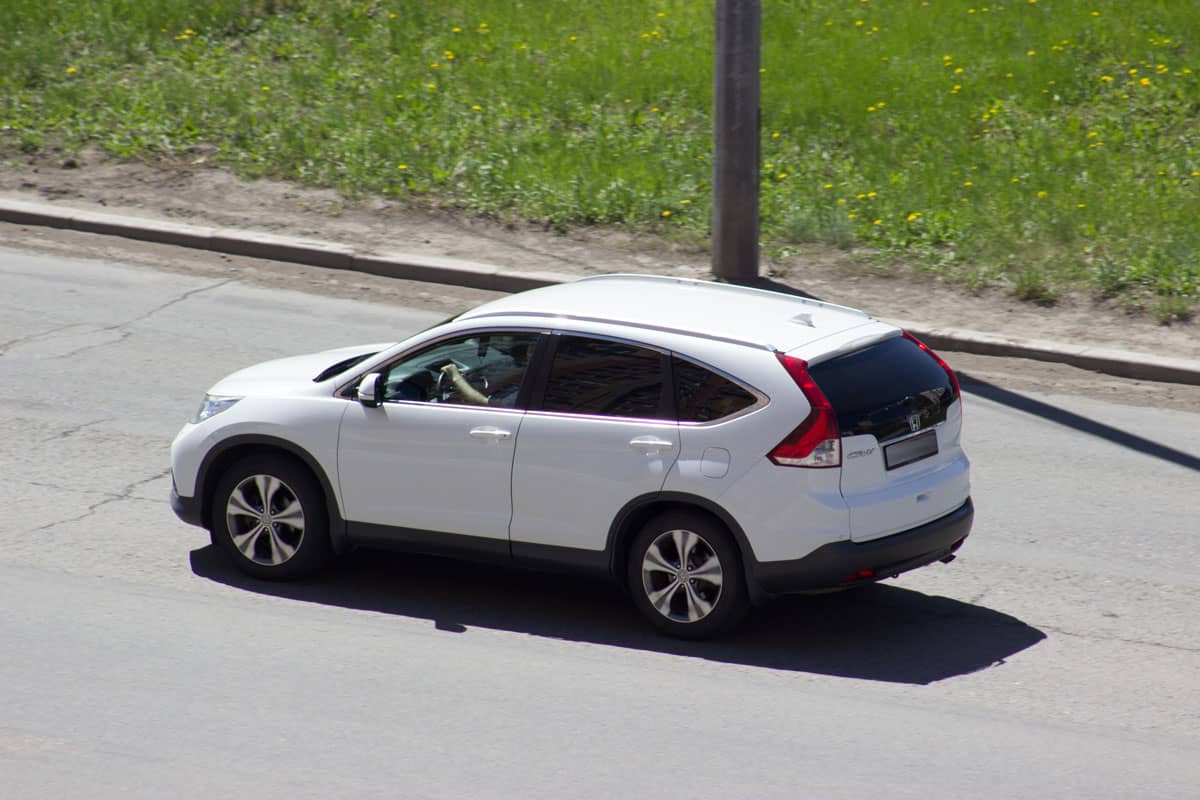 The gas version of the C-RV is a 1.5-liter unit that makes 190 horsepower, while its hybrid counterpart is a 2.0-liter four-cylinder that has two electric motors producing 212 horsepower. The hybrid manages an mpg of 40 in the city and 35 on the highway.

Meanwhile, the gas version of the C-RV can give you up to 28 mpg in the city and 34 mpg on the highway. The C-RV is one of the reasons that make Honda such a big brand as it is the company's best-selling vehicle, and like other Japanese car brands, Honda is also well-known for its reliability.

Another Japanese car brand on the list is the Mazda CX30. The engine of this vehicle is a very capable 2.5-liter turbo four-cylinder engine that can produce up to 250 horsepower and 320 lb-ft of torque. It has an impressive mpg of 24 in the city and 31 on the highway.

Mazda has also been doing great in the past years when it comes to marketing their vehicle. In 2021, Mazda reportedly sold over 332,000 units in the States, its best year since 1994, and a 20% increase in sales compared to 2020. 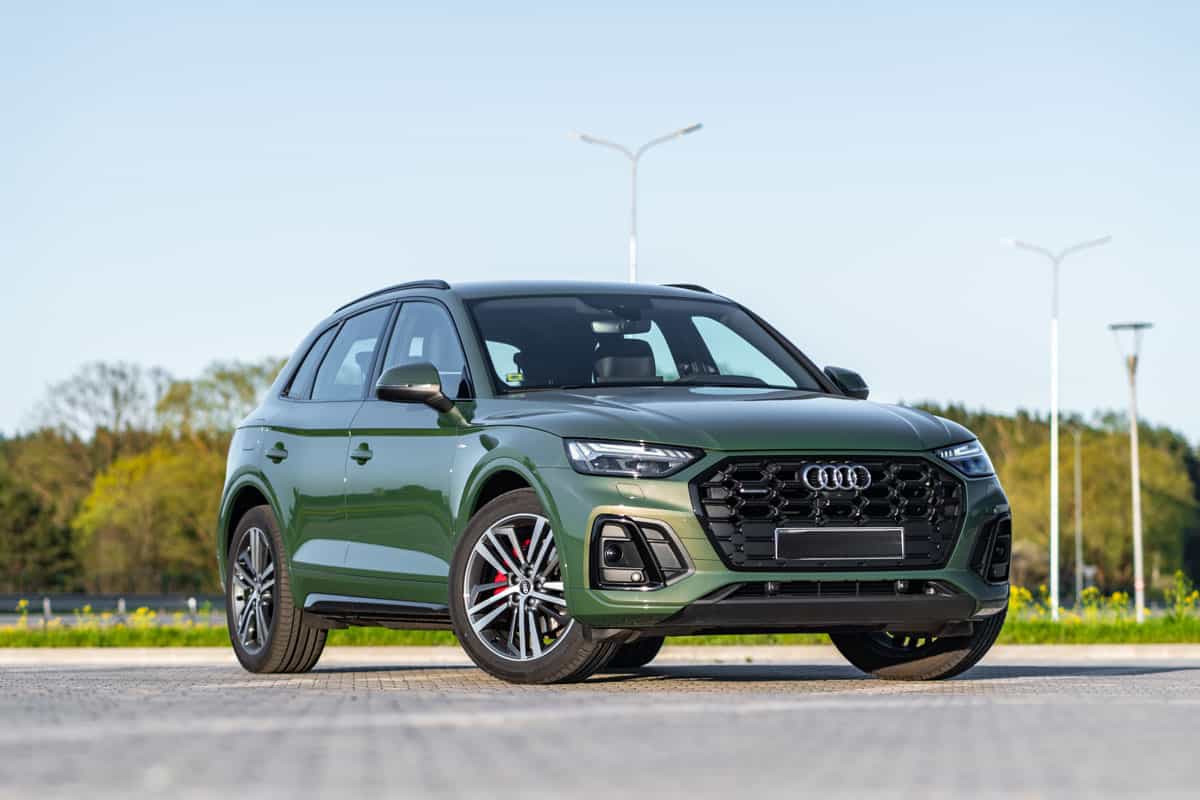 The second German brand on this list is the Audi Q5. A standard option engine is available for the Q5 which is a 2.0-liter turbocharged four-cylinder, outputting 201 horsepower and 236lb-ft of torque, and an estimated mpg of 23 in the city and 20 on the highway.

While a plug-in hybrid is also available that is paired with its 2-liter four-cylinder that can output a more powerful 362 horsepower and 369 pound-feet of torque.

The third German car brand to make it to the list is BMW with its luxurious and in-demand X1. The X1 comes in a 228-hp turbocharged 2.0-liter four-cylinder engine and mpg of 24 in the city and 3 driving on the highway.

Like the Audi and the Mercedes, the X1 is the option if you want to opt for the luxury side as these vehicles are marketed as luxury cars but are relatively in the lower price range. The X1 has an MSRP of $35,400.

Is a 4-cylinder SUV enough? 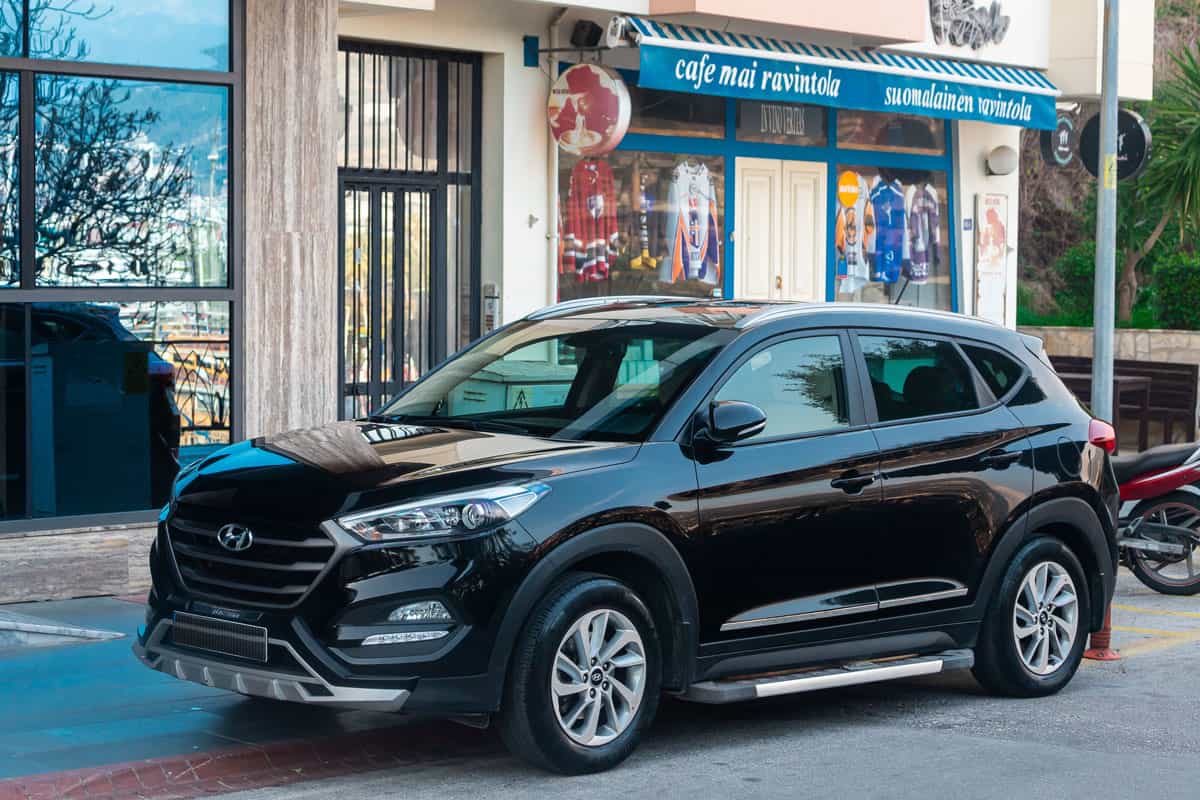 The answer is: it depends. If you are a user that would most likely be using your vehicle as a daily driver and a family car that would be able to haul your family on road trips, and daily commutes. Then, yes, a four-cyclinder SUV will be enough to suffice for your needs.

Four-cylinder SUVs (especially new model ones) are now very capable. It gives you enough power and (most importantly) while giving you better fuel economy compared to larger displacement engines.

But if you will be using that SUV for more heavy-duty work like hauling heavier stuff and towing your fifth wheel camper, then going for a bigger engine like V6 or a V8 would be the right choice.

If you opt for a full-size SUV, then you will be having more cylinders in your engine, but one drawback of this is you can expect a lesser fuel economy.

For most families, the typical four-cylinder SUV is the ideal car. There are even very capable off-road vehicles that are equipped with four-cylinder engines like the Jeep Wrangler and the Ford Bronco.

How many miles will a 4 cylinder engine last?

With modern four-cyclinder engines, you can expect no less than 200,000 miles out of them. But of course, with some proper care and maintenance, you can easily exceed this mark.

Regular changing of oil, knowing the towing and payload capacity, and even driving habits all affect the longevity of your engine.

If you are only using your vehicle on lighter loads like a family car or a daily driver and not a work truck, then you can expect a longer lifespan out of it.

Car manufacturers also play a part as some cars are just built better compared to others. Some vehicle brands have made a reputation in the car industry as reliable and even indestructible vehicles. So it would be wise to choose from car brands that are perceived to be making well-built transport.

What are the most reliable car brands?

According to Consumer Reports, Toyota's luxury division Lexus is the most reliable car brand with a score of 76  out of 100. This list was based on surveys that CR did on their members. This separates this evaluation from other ratings as it is based on real-world use and ownership experience. 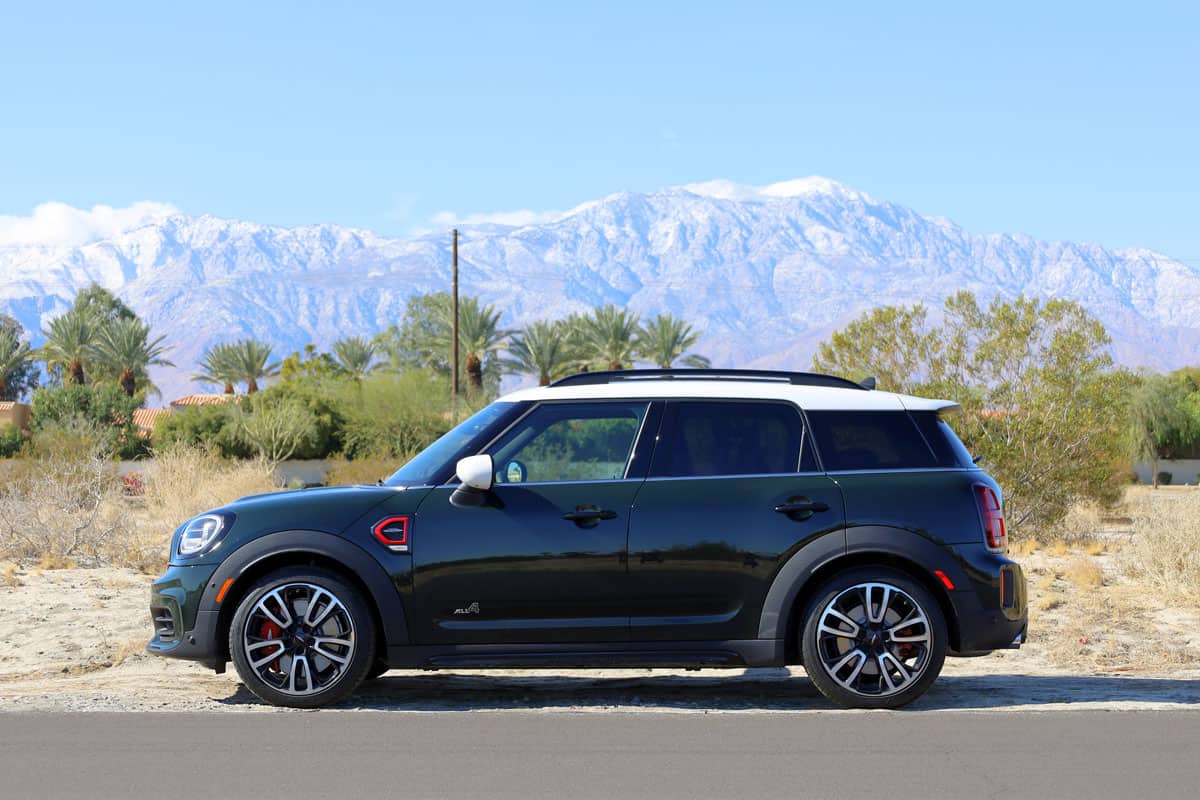 The four-cyclinder engine is enough to cater to most of our needs and the power it gives will most likely suffice for our daily use, be it for personal, or even family use. And the vehicle on this list will surely serve its purpose.

Here are some very interesting articles that we have previously written just for you. So go ahead and check them out!

How Much Weight Can A 4-Cylinder Car Pull?

Will A Full Mattress Fit In An SUV? [Including Queen Or King Size Mattresses]

What SUVs Have The Highest Ground Clearance?