The Cummins engine has made its name as one of the best diesel engines on the market for a long time. However, like anything, the Cummins isn’t perfect, and there may be unfortunate times when the engine won’t start. So what do you do if your 6.7 Cummins isn’t starting? We have researched how to troubleshoot the issue.

There are several reasons why your truck may not be starting. It is recommended to start with the possible minor issues like checking if the battery is dead. Next, see if the starter makes a clicking noise when attempting to start, and if so, then the start could be bad. If those aren’t the issues, your 6.7 not starting could be due to turbo issues such as bad turbo bearings and leaking turbo seals.

There could be several different reasons as to why your 6.7 Cummins engine isn’t starting. The reason could be as simple as a bad battery or as big as needing a full turbo replacement. Continue reading as we discuss more about the Cummins engine and the different scenarios as to why it won’t start. 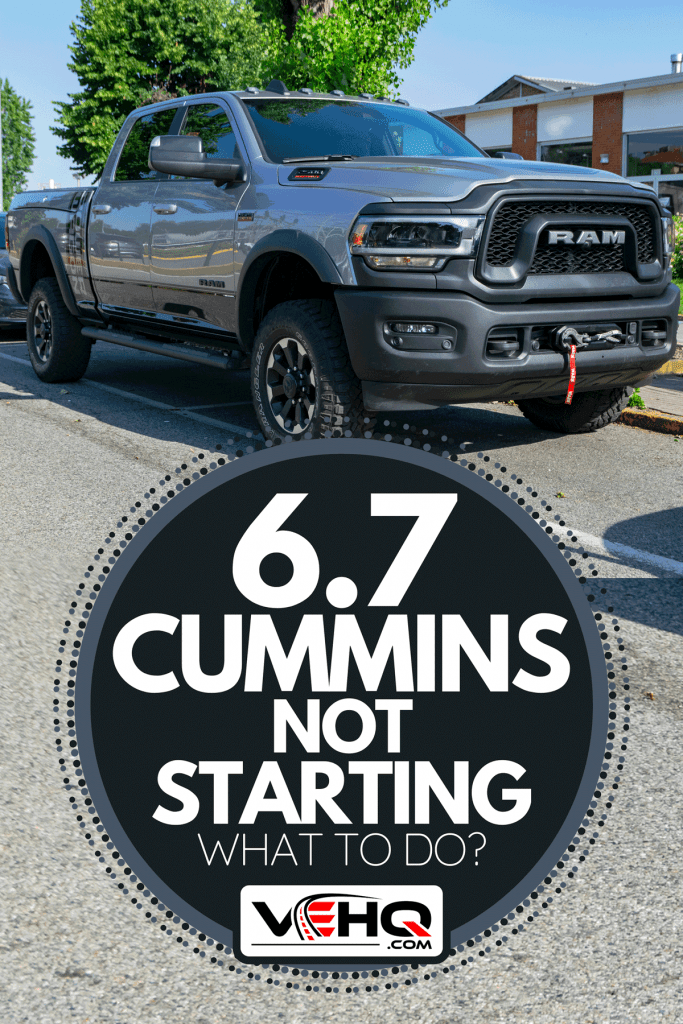 Why Isn’t My 6.7 Cummins Starting?

The 6.7L Cummins is the newest of the B-series engine family. It was introduced mid-model year in 2007. The 6.7L Cummins engine is a diesel engine that is only made exclusively in the Ram trucks. To better brand name and identify themselves more clearly with probable customers, the Ram truck division was spun off from Chrysler in 2010 changing the name from Dodge Ram to Ram.

There is no doubt that the 6.7 Cummins is a great engine, but that doesn’t unexpected repairs aren’t possible. For example, if the truck has a hard start, it could happen due to injector wear or leakage. When this ensues, the injectors don’t turn on, and the engine just cranks. This will start as a long crank time which might get worse during cold weather.

Another possible problem that could cause the engine to have starting issues is the connector tubes between the fuel lines and the injectors leaking. To check the tubes, pull them out and checked the ends for erosion. Once you are done inspecting them, put it back in and try restarting the vehicle to see if the issue resumes. Sometimes if a tube nozzle is stuck, you can face starting issues.

Again, check the leakage, fittings, and use a computer scanner to see if any codes engine codes show. It is also possible that the no start is because of worn injectors. Contact your local mechanic for information on the proper procedure for diagnosing your no-start issue. 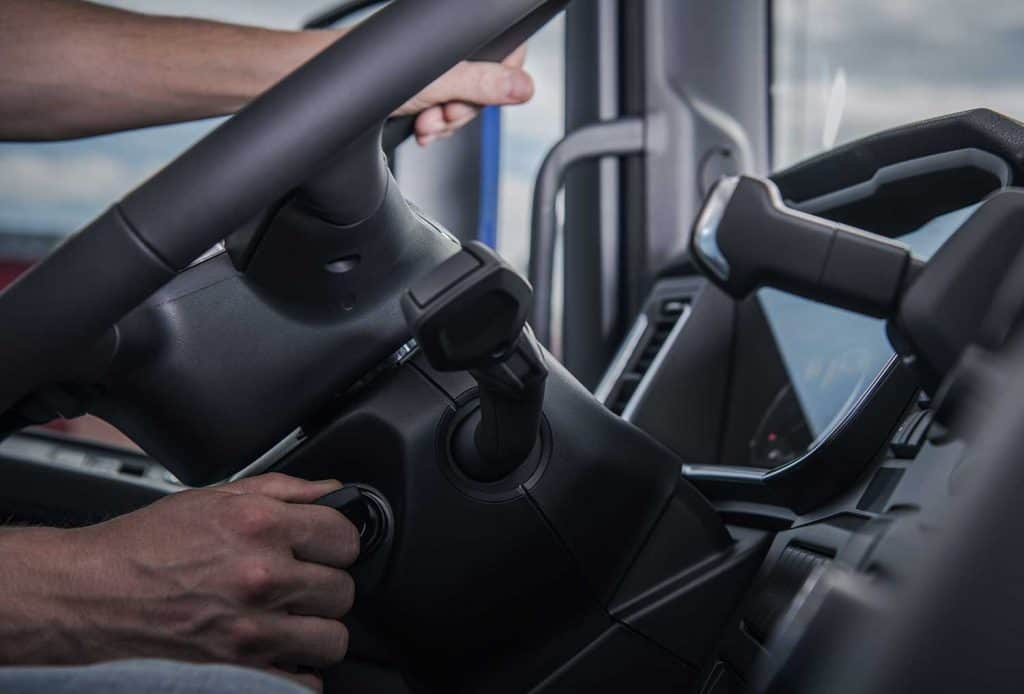 How Many Miles Will A 6.7 Cummins Last?

The Cummins 6.7L engines are one of the three most reliable engines ever built. These are usually equated to competitors such as the Duramax and Powerstroke engines built by Isuzu Motors and Ford.

Typically, Ram entitles the Cummins 6.7 engine to provide a good service for up to 350,000 miles. You will expect the guaranteed mileage only if the scheduled services have been carried out. This is a mileage expectation for your information based on there being no performance modifications done to the diesel engine.

What Are The Common Problems With The 6.7 Cummins?

The Ram 6.7L Cummins is a durable engine, but over the years, consumers have complained about common problems. Though no engine is flawless, here are the five of the most common mechanical issues the 6.7 L Cummins turbo diesel engine:

Due to these common faults, your truck might face the following issues that include:

Like many other modern engines, the EGR and DPF problems are common on the 6.7 Cummins. The issues are caused by the sheer torque of the 6.7L engine with the head gaskets deteriorating. With that being said, as the engines take a lot of abuse, turbo problems are more likely with higher mileage. It is recommended not to drive the vehicle if the engine shows problems in order to avoid further trauma to the engine.

What Year Cummins Is The Best?

There are many arguments on what was the best year for the Cummins diesel engine. Keep in mind, not all Cummins engines had turbochargers, and some say those years without a turbo were better because of less liability.

Many Cummins fans say that the best year overall was 1998. In this year for Cummins, there were fewer computers, and the regulations weren’t as strict. It was common for the 1998 Cummins engine to exceed the 300,000-mile mark.

Others might argue that the best Cummins engine overall is the 5.9 liter turbocharged Cummins. This Cummins holds its value quite well, that is if you can find one. Cummins first made the 5.9-liter in 2003 and stopped assembly in 2007. Like the 1998 Cummins, this 5.9 is known to be able to reach the 300,000-mile mark with regularly scheduled maintenance.

Below is the list of other Cummins engines that were known for being the best in their own degree:

How Often Do You Change The Oil On A Cummins? 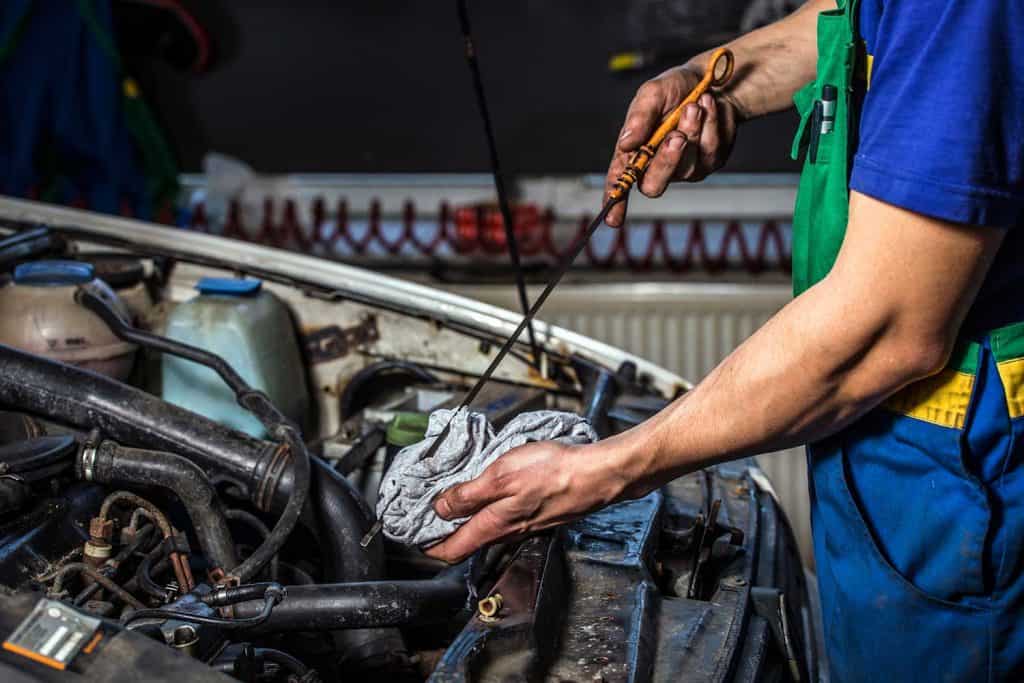 The Cummins Diesel 6.7L is a great engine, but you need to consider certain intervals with oil changes. Not all drivers are the same as when they get the oil changed because everyone uses their diesel trucks differently. Some drive their trucks harder than others resulting in fast turnaround times for an oil service.

Whether you are making short trips or long hauls, it is recommended to run synthetic in your Cummins engine. The suggested oil change interval in the owner’s manual should be adjusted depending on usage.

Check your owner’s manual for suggested oil weight. It is also worth reaching out to your local diesel mechanic or Ram dealership to get a suggestion on when to get a regular oil changed based on your driving characteristics.

In Closing- Is The 6.7 Cummins A Good Engine?

The Cummins 6.7L Turbo Diesel is the most commanding engine option for RAM 2500 and 3500 pickup trucks, and while it is possible the engine won’t start at times, it shouldn’t be the first concern when buying one.

It is a powerful engine producing up to 400 horsepower and 1,000 pound-feet. These engine specs are why the Cummins is said to be one of the best diesel engines for towing extremely heavy loads.

If regular maintenance is a preemptive exercise, then your Cummins engine will have an easier time staying clean, increasing the engine’s longevity. In addition, keeping up with repairing or replacing aging Cummins parts before they give out helps ensure it continues to run effortlessly for years to come.

Do Cummins Have Blow-Off Valves?

5 Of The Best Fuel Injector Cleaners For Diesel Engines

We would love to hear from you! Please leave a comment below and share your thoughts with us!

Are Car Engines Supposed To Get Hot?

Ram 1500 Not Shifting Properly – What Could Be Wrong?

Rattling Noise From Front Passenger Side When Driving – What Could It Mean?