A quality suspension system is crucial in making a car drive smoothly. With emerging technologies, suspensions have evolved from passive systems to active systems. But what's the difference between the two? We've researched both suspension system types and have the answer for you in this post.

The paragraph above describes the surface-level differences between active and passive suspension. Please continue reading to find out more about how each system works and the advantages and disadvantages they bring. We will also discuss how to know if your suspension system is damaged, common causes of broken suspension, and the cost to fix them. 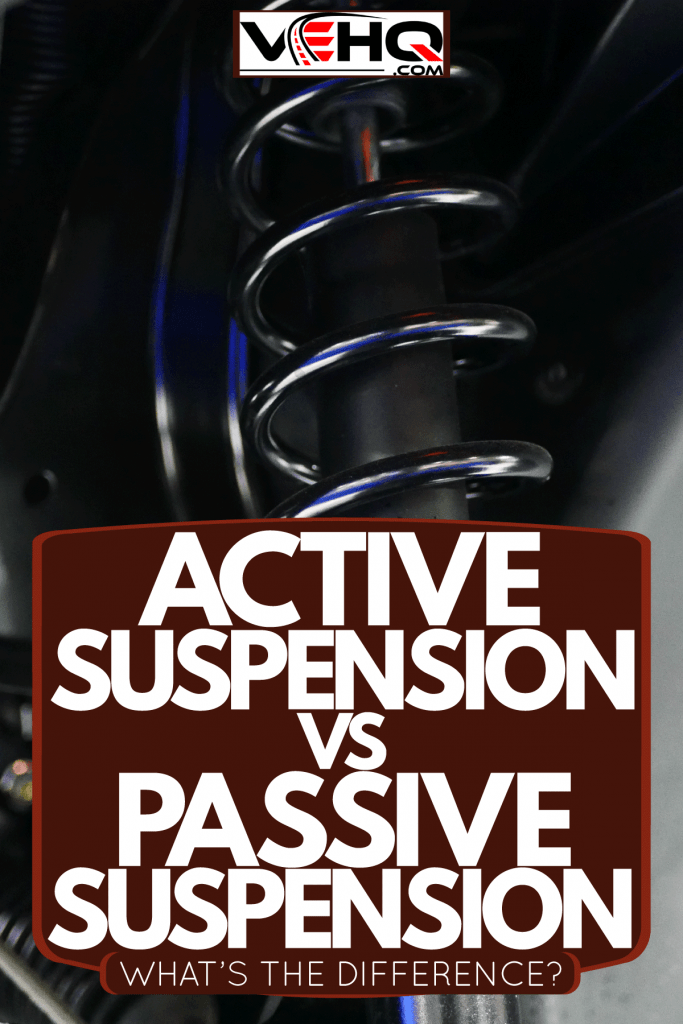 The Difference Between Passive and Active Suspension

First, we'd like to set the stage by describing what a suspension system is generally and what it does for your vehicle. Broadly put, the suspension is the parts of a vehicle that connect the car frame to its wheels. In modern cars, every wheel has a suspension system consisting of mounts, struts, springs, control bars, and shock absorbers. Usually, both front wheels will be linked together as with both back wheels. The linking of each left and right wheel allows for a greater amount of handling control. 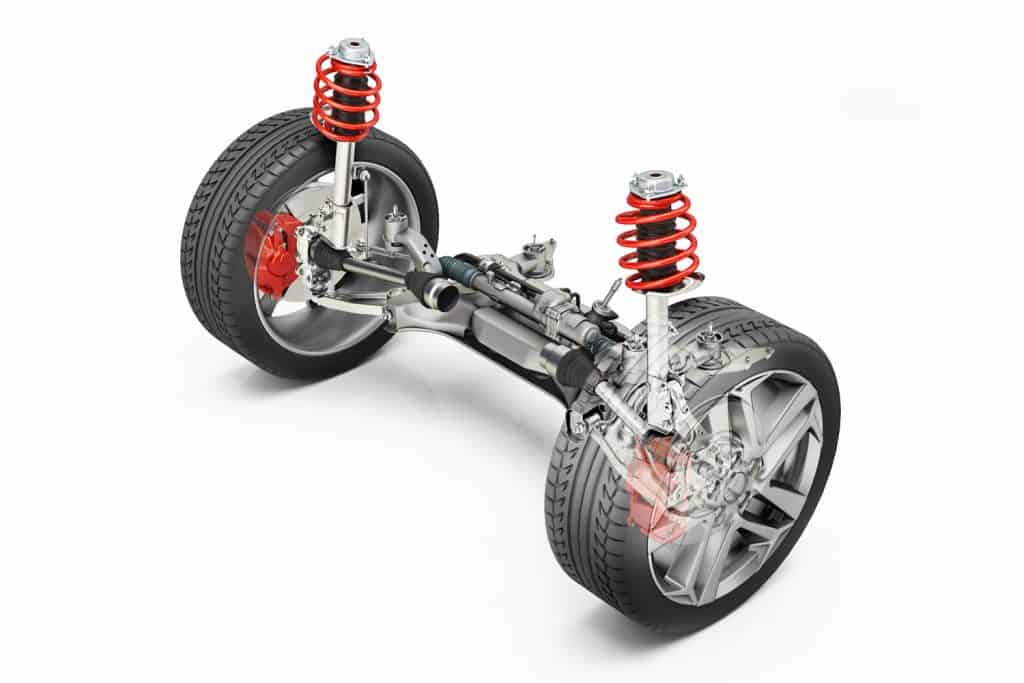 The suspension system has two main functions. The first is to keep all four tires on the road at all times, and the second is to ensure a smooth ride for the passengers and cargo inside the vehicle. Through the pursuit of these two goals, the suspension system participates in handling, stability, shock absorption, and balance.

The difference between a passive and an active suspension system is how the system causes the wheels to interact with the road. In short, the passive system responds to changes in the road, and the active system uses several sensors to predict and respond to road conditions in a more precise way.

What is a Passive Suspension System?

Advantages of a Passive Suspension System

Even though it's the older version of a car suspension, the passive systems carry a few benefits. First, this suspension method is by far the most common and has been used in vehicles since the 1920s. The widespread availability makes it the base suspension in nearly every car on the market today. Cars with passive suspension systems are more affordable and easier to find than their counterparts.

Disadvantages of a Passive Suspension System

What is an Active Suspension System?

The active suspension works based on a principle called the Skyhook theory. With this theory, vehicle engineers want to make the car feel like hanging from a hook in the sky and not interacting with the road. By eliminating the uncomfortable forces caused by the road, the vehicle can achieve the smoothest drive and best handling possible.

Advantages of an Active Suspension System

Active suspension has a lot of benefits for modern vehicles. Since they are so technologically advanced, they produce better results overall versus passive suspensions. An active suspension will give the passengers in the car a smooth ride and the driver better handling.

Disadvantages of an Active Suspension System

Is Active Suspension Worth the Money?

Additionally, you will have a noticeably smoother drive on every road type. If you're someone who often drives offroad or needs the highest performance, then an active suspension is definitely worth the investment.

What Vehicles have Active Suspension?

How do you Mess Up Your Suspension?

What are Signs of Suspension Problems?

So, what do you look for if you think your suspension not functioning correctly? You can find suspension problems using either sound or sight. First, people detect many suspension issues because their car is making a rattling or clunking noise. This is caused by one of the many parts of the suspension system breaking and coming loose.

Second, you can sometimes notice a sign of suspension problems visually. If the part of the suspension called the control arm is damaged can throw the alignment out of order. Sometimes you can even see that the wheel and tire are not where they should be, often rubbing against the wheel well like this video below:

Is Suspension Expensive to Fix?

If you determine that your suspension is indeed broken, what should you do next? The best option is to call your dealership if your car is still under warranty. If not, you should visit the local mechanic. As with any automotive repair, one of the higher costs will be labor. The overall cost of fixing a suspension depends on which part within the system is broken. The price range for repairs can be anywhere from $200 for something simple to $5,000 for a full suspension system rebuild.

Suspension systems play an important role in the overall feel of your vehicle when it's in motion. It would be tough to find a modern car that doesn't have a suspension. All vehicles have a passive system at a minimum. Still, higher-performance vehicles from automakers focusing on comfortable driving experiences sometimes come with an active suspension system that will provide the smoothest ride possible. If you think your suspension is damaged, watch out for the warning signs and see a professional at the earliest convenience.

If you found this post helpful, please check out a few of our others:

What SUVs Have Air Suspension? [Mid-Size And Full-Size]

When Should I Replace My Trailer Tires?