If you've ever shopped in an auto parts store, the cashier has likely recommended adding a bottle of fuel additive with your purchase. You may have rolled your eyes thinking this product is merely a gimmick, but in reality, fuel additive is a great product that can keep your car or truck running strong. But how exactly do you add fuel additive to a Ford F150? For your convenience, we brought you the answer.

To treat your F150's fuel system, do the following:

If you still have some questions about adding fuel additive to your F150, don't worry. In this post, we'll discuss the topic in greater detail. We'll also talk about what might happen if you use too much, whether or not you can put fuel additive in a full tank, whether or not fuel additives are a waste of money, and more. Without further ado, let's get into it! 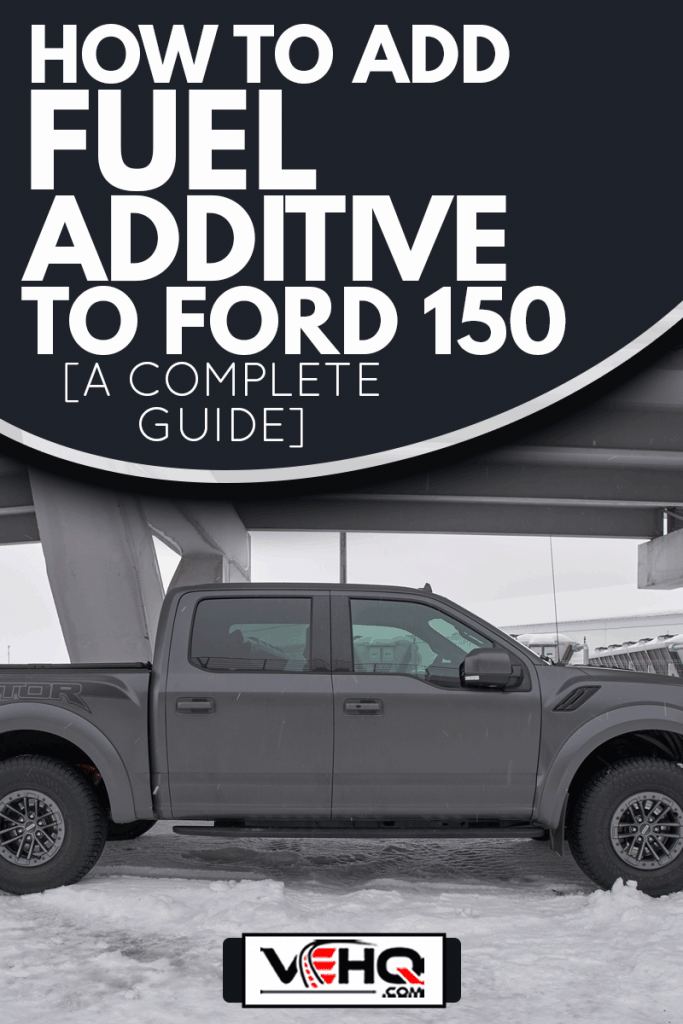 Here we'll talk about the steps to follow to add fuel additive to your F150 in greater detail.

1. Drive Until The Fuel Tank Is Less Than Half Full 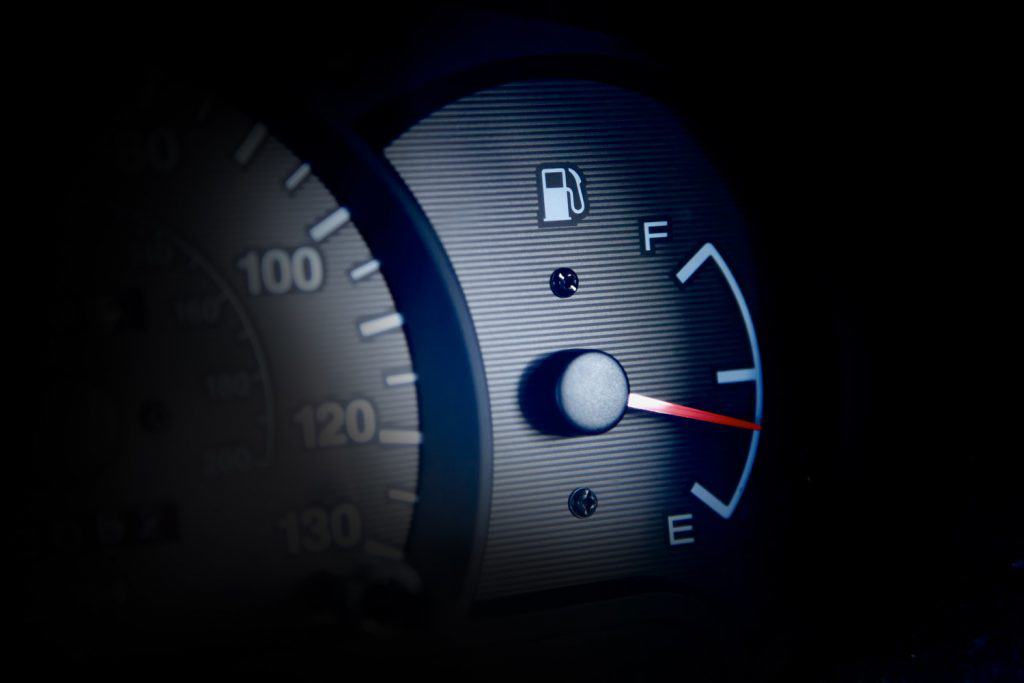 For the best results, it's generally recommended to wait to add fuel additive until your tank is somewhat close to being empty. However, it might not be advisable to wait quite that long, as driving with critically low fuel puts undue strain on the fuel pump.

Thus, approximately half a tank (or slightly less) should be adequate to ensure the additive is adequately incorporated into the fuel (Step #5).

2. Open The Fuel Door, And Remove The Fuel Cap

Simply open the fuel door, and remove the filler cap from the fuel filler neck (if applicable).

3. Insert A Funnel Into The Fuel Tank Filler Neck (If Needed)

Depending on your particular F150 and the fuel additive you choose to use, this step will differ slightly. Newer F150 models have a capless fuel tank system, and some fuel additives like Sea Foam don't have a long neck to facilitate the process.

So, if your truck has a capless fuel tank and the additive you're using doesn't have a user-friendly neck, you'll need to use a small automotive funnel to successfully get all of the additive into the fuel tank.

A simple funnel like this will do the trick:

Click here to see this automotive funnel on Amazon.

Then, simply add the amount of fuel additive recommended for your F150's fuel tank size. For instance, Lucas recommends using 2-3 ounces of additive per 10 gallons of fuel, but this ratio might vary depending on the product.

If you're not sure what the capacity is of your F150's fuel tank, check out Ford's specification page for more information.

This YouTube tutorial illustrates the process of pouring Sea Foam additive into the tank of an F150 with a funnel:

There is a wide selection of fuel injector cleaners on the market. Here we'll briefly go over some of the best options.

Sea Foam is a brand widely known for its line of fuel additives. This particular bottle can treat up to 25 gallons of fuel. Since this bottle has a long user-friendly neck, a funnel isn't required.

This deep clean fuel treatment by Chevron is a great way to improve a number of minor engine issues. The long neck makes it a great option for an F150 with a capless fuel system.

Lucas offers a wide variety of fuel additives. This one is a great all-around treatment. It's suitable for both gasoline and diesel vehicles, and it has a user-friendly neck for ease of use.

Where Do I Put Fuel Additive? 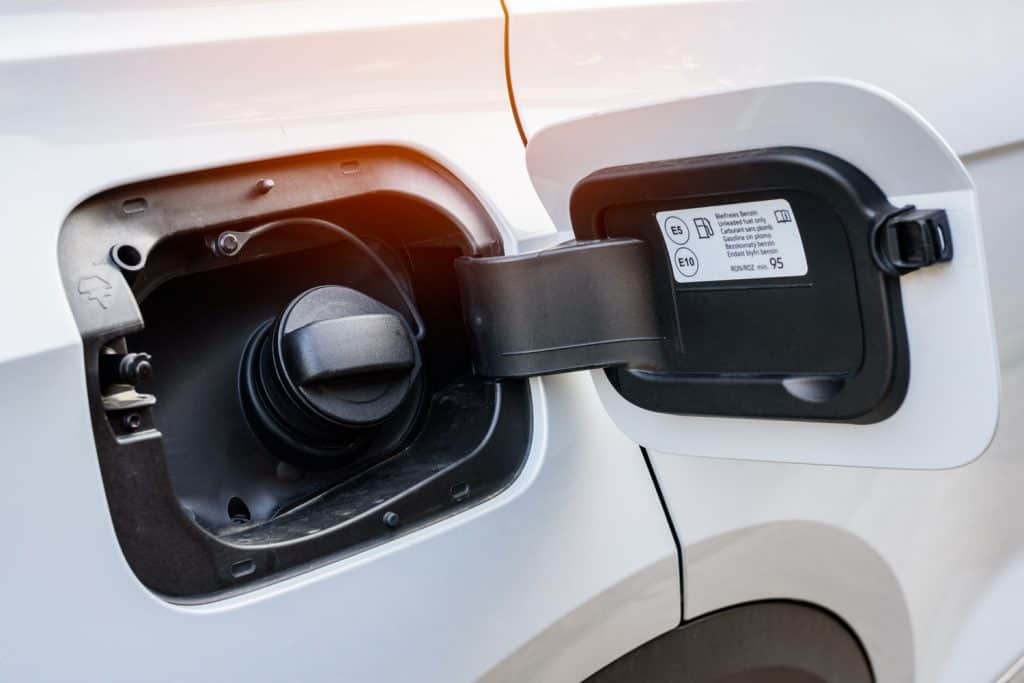 Fuel additive goes directly into the gas tank. If it's your first time using it, you might be skeptical about putting anything other than fuel in your truck's tank. But don't worry — it's perfectly safe provided you use the correct type and quantity for your tank size.

What Happens If You Add Too Much Fuel Additive?

Though fuel additives can work wonders for the fuel system and engine performance, it's certainly possible to go overboard with it.

Think about it this way — in order for the timing of the engine to sequence properly (and for the engine to run efficiently in general), the engine needs a certain amount of fuel to burn.

If fuel additive is added with the recommended dosage, it won't adversely affect the engine's combustion. If too much is added, however, it might dilute the fuel to the point where the engine isn't receiving an adequate amount of fuel per combustion cycle.

Excessive fuel additive can end up harming the lining of the fuel tank itself. What's more, if a diesel vehicle receives too much additive, it can cause problems like clogged fuel filters and significantly decreased engine performance.

5. Fill The Tank With Fuel

And lastly, simply fill up your F150's tank with fuel. As the fuel is pumped into the tank, it essentially stirs the additive around, ensuring that it's adequately incorporated.

Can I Put Fuel System Cleaner In A Full Tank?

You can put fuel system cleaner in a full tank, but it isn't recommended. When the tank is full, the fuel additive might not become adequately incorporated into the fuel.

Read more: Can I Put Fuel Injector Cleaner In A Full Tank?

6. Reinsert The Fuel Cap, And Close The Fuel Door

Simply reinsert the fuel cap (if applicable), and close the fuel door. Then, simply rest assured that the fuel treatment is giving your F150's fuel system a thorough cleaning as you drive.

Is It OK To Use Fuel Injector Cleaner Every Time I Fill Up?

It's certainly fine to use fuel injector cleaner every time you fill up. While not necessary per se, doing so will keep your fuel system in tip-top shape.

In fact, Lucas, a highly reputable brand that produces a line of fuel additives, recommends using general fuel treatment every time you fill up.

Can Fuel Additives Damage Your Engine?

Generally speaking, fuel additives pose little to no damage to your engine. After all, they're designed to clean the fuel system and combustion chamber.

However, fuel additive has the potential to cause engine damage if the wrong kind is used. For instance, using an additive formulated for diesel engines in a gasoline vehicle might cause problems.

Additionally, as mentioned above, adding too much additive can adversely affect an engine.

So, as long as you use the correct type and volume of fuel additive, you should be fine.

Are Fuel Additives A Waste Of Money?

As mentioned earlier, you previously may have felt as though fuel additives are merely a gimmick. After all, there's no way of really knowing how well it works, right?

As it turns out, YouTuber ChrisFix did a little experiment to objectively determine how well fuel additives actually work. In this video, he tests Gumout's All-In-One fuel system cleaner. In particular, he focuses on how well the additive cleans the combustion chambers.

So, what's the verdict?

There's no denying that the fuel additive did its job to a certain extent. Several of the piston heads were visibly cleaner after the treatment than they were before.

But with that said, the fuel additive proved to be somewhat limited in regard to its effectiveness against thick carbon buildup.

Thus, it's safe to conclude that fuel additive does in fact do its job. It likely won't be able to thoroughly clean areas with a significant amount of carbon buildup, but it will tackle smaller carbon deposits with ease.

There's no way of knowing this for certain, but the vehicle in the test video might not have received frequent fuel system treatment throughout its life. So, a case could certainly be made that, if used consistently throughout a vehicle's life, fuel additive will prevent thick carbon buildup altogether. 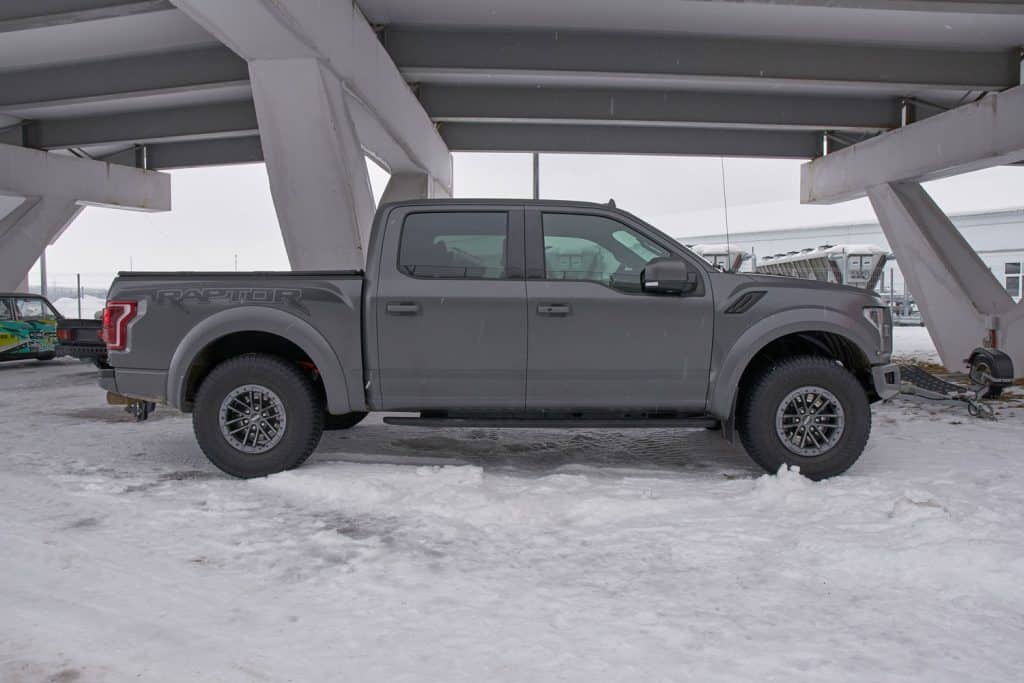 We hope this guide has taught you everything you need to know about adding fuel additive to your Ford F150. Using fuel additive regularly is a great way to ensure that your truck's fuel system operates efficiently.

Have you noticed improved performance after adding fuel additive to your F150? Let us know about it in the comments!