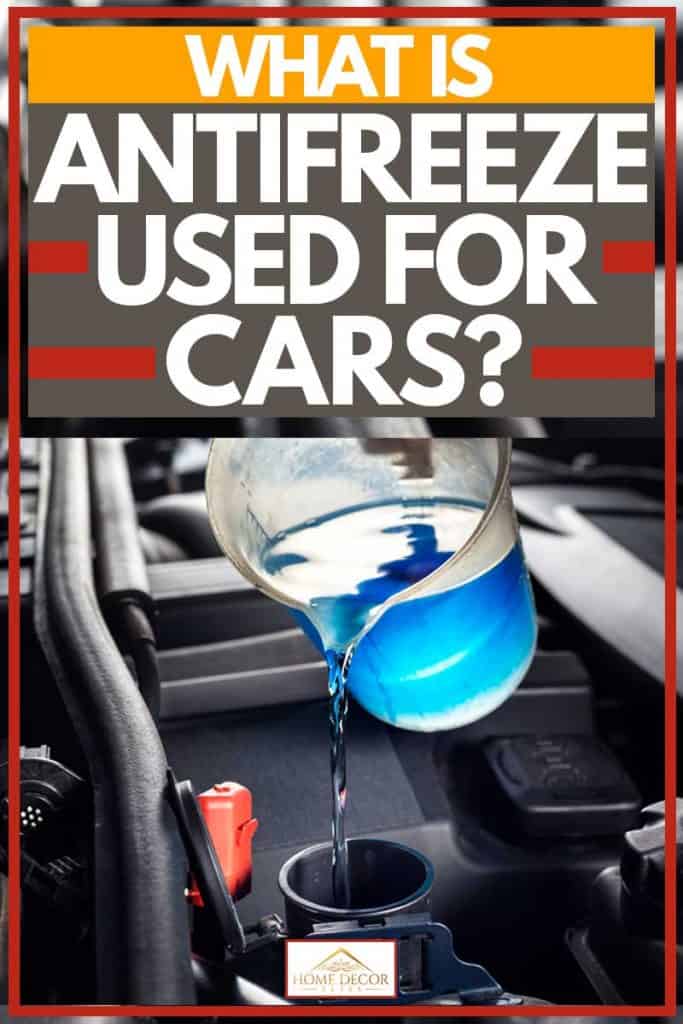 If you are like most car owners, you have probably heard about antifreeze. But, do you know what antifreeze is used for in cars? You might be surprised to learn that all vehicles in every climate rely on antifreeze to keep running smoothly.

Antifreeze is used to regulate the temperature of your car's engine to protect the engine and its components from overheating or freezing during extreme temperatures. The cooling system of your car also relies on antifreeze to prevent corrosion over time.

You might be more familiar with the term coolant. The words antifreeze and coolant can be used interchangeably because they both refer to the same fluid.

Now you know that antifreeze (or coolant) is a vital fluid used in your car’s cooling system. Keep reading, to learn about the different types of antifreeze, and why it is so important to choose the right antifreeze for your car.

Is Coolant the Same as Antifreeze?

Yes! You will most commonly hear antifreeze referred to as coolant. They are both the same.

What Types of Coolant/Antifreeze Are There?

Antifreeze is sold to you as a pre-diluted liquid, and typically the base consists of water and either ethylene glycol or propylene glycol. Colors such as pink, orange, yellow, blue, or green result from the antifreeze manufacturers' use of different chemical combinations of additives and dyes.

Color might signify a purpose such as extended mileage or anti-corrosion, but, there is no industry standard for antifreeze color. It is best to read the ingredients on the bottle versus simply choosing an antifreeze by color. Always check your owner's manual for the manufacturer's recommended antifreeze. Different makes/models of cars require different types of antifreeze.

There are three (3) basic groups of antifreeze, depending on the composition of the liquid:

Automotive manufacturers often endorse brand-specific antifreeze to meet industry specifications. For example, ZEREX brand antifreeze has been automaker approved by General Motors (Ford, Chevrolet, & Mercedes-Bendz). Automaker approved antifreeze brands, such as ZEREX, tend to come at a higher cost and might not be the right choice for older car makes/models. If ZEREX has an antifreeze that is right for your vehicle, you can purchase it at a dealership, car service center, or on Amazon. ZEREX antifreeze types include Original Green (IAT), DexCool Orange OAT Formula, and G-05 Formula.

You might be more familiar with aftermarket antifreeze, such as Valvoline, Mopar, or PEAK. These brands you can find at most automotive stores and Walmart. Aftermarket antifreeze tends to be more affordable and just as functional if it is the right choice for your car. Easily purchase Valvoline’s MaxLife on Amazon or Mopar’s 10 Year/15,000 Mile Coolant on Amazon.

Remember to check the owner’s manual for your car or truck to determine which type of antifreeze is required for your specific make/model.

What Happens if You Use the Wrong Color Antifreeze?

Keeping the antifreeze topped-up in your car’s cooling system is nearly as important as keeping the right amount of oil flowing through your engine. Without antifreeze, your car can suffer insurmountable damage. But, what happens if you mix different colors of antifreeze?

Mixing different types of antifreeze can generate a chemical reaction that changes the texture of the liquid. The newly combined antifreeze might be a thicker, gel-like substance that cannot flow fluidly through the cooling system. Mixed antifreeze can cause clogs in your cooling system. Clogs potentially lead to your car’s engine overheating or problems with your car’s water pump, heater cores, radiator, water jackets, or head gasket.

Do You Need Antifreeze in Your Car?

Even electric vehicles (EV) rely on a cooling system that uses antifreeze. The battery cells in EVs generate heat during charging and discharging. Antifreeze running through a thermoregulation system prevents the batteries from overheating.

How Much Antifreeze Does My Car Need? 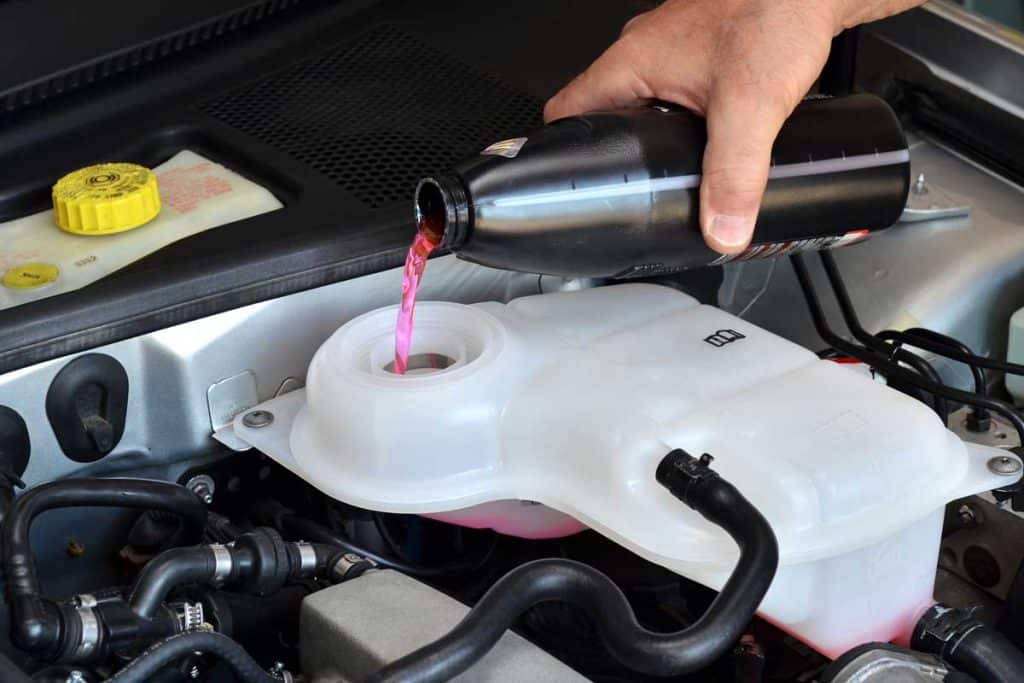 To check the antifreeze level, you will need to use an antifreeze hydrometer which you can affordably purchase on Amazon. Make sure the car’s engine is cool to avoid burning yourself.

Can You Use Water Instead of Antifreeze?

Water should not be used as a substitute for antifreeze because water cannot prevent the engine block from freezing during extreme temperatures.

Are Windshield Washer Fluid and Antifreeze the Same?

No! Windshield washer fluid is used to improve your visibility by washing the exterior surface of your windshield. Antifreeze (or coolant) is used in your car’s cooling system to prevent the engine’s components from overheating or freezing.

If you accidentally poured windshield washer fluid into your car’s antifreeze reservoir, we recommend consulting a mechanic. Automotive experts suggest the cooling system be flushed and refilled as soon as possible to avoid damage from contamination.