The Chevy Suburban has seen a lot of changes since it first came out in the 1930s. That leads us to ask, has the size changed? And, if so, which is the largest Suburban model year? Well, we've done plenty of research and have the answer you're looking for.

No, not all Chevy Suburbans are the same size. Considering this lineup's size has changed each generation, it's safe to say that not every model will be the same. For example, the 12th generation 2021  Chevy Suburban is the largest yet and has an increased exterior plus added cargo space, so that's exciting for drivers.

This article will cover the dimensional changes that have come with the latest generation of Suburban. We'll also cover how it stacks up to its GMC competitor, the Yukon XL, and look at important features, like drivetrains, payload capacity, and towing with the Suburban. Read on to learn more!

Did The Body Style Change On The Suburban?

Since first hitting the road in 1934, the Suburban has gone through numerous body style changes with its twelve generations over the years.

The most recent changes came in 2021 with the 12th generation of Suburban. These Suburbans are longer and taller than the 11th generation, which lasted from 2015 to 2020. 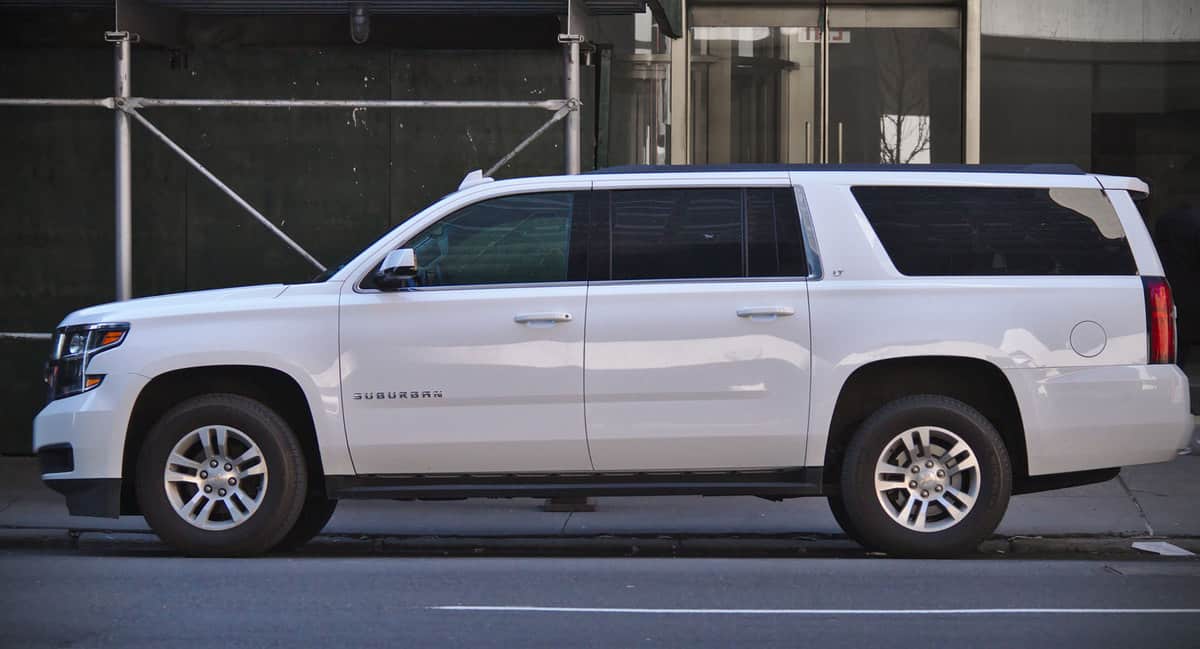 Does The New Suburban Have More Cargo Space?

While the newest generation of Suburbans is the longest and tallest, the gains are relatively small. You are unlikely to notice these changes much as a driver. However, what will stand out is the cargo space.

Even with all seats raised, the 2021 and 2022 Suburban still has an impressive 41.5 cubic feet of cargo space. With the third-row seats down, 93.8 cubic feet of storage are available.

Chevy managed to accomplish this mainly by redesigning the Suburban's suspension system. The multi-link suspension in 12th generation Suburbans adds more space while providing a smoother ride for drivers.

Is The New Suburban Narrower?

Yes, the 12th generation Chevy Suburban's increased size also extends to width. While the previous generation was 80.5 inches wide without mirrors, newer models have a mirrorless width of 81.1 inches.

That said, much like the gains in length and height, you are unlikely to notice this difference as a driver. 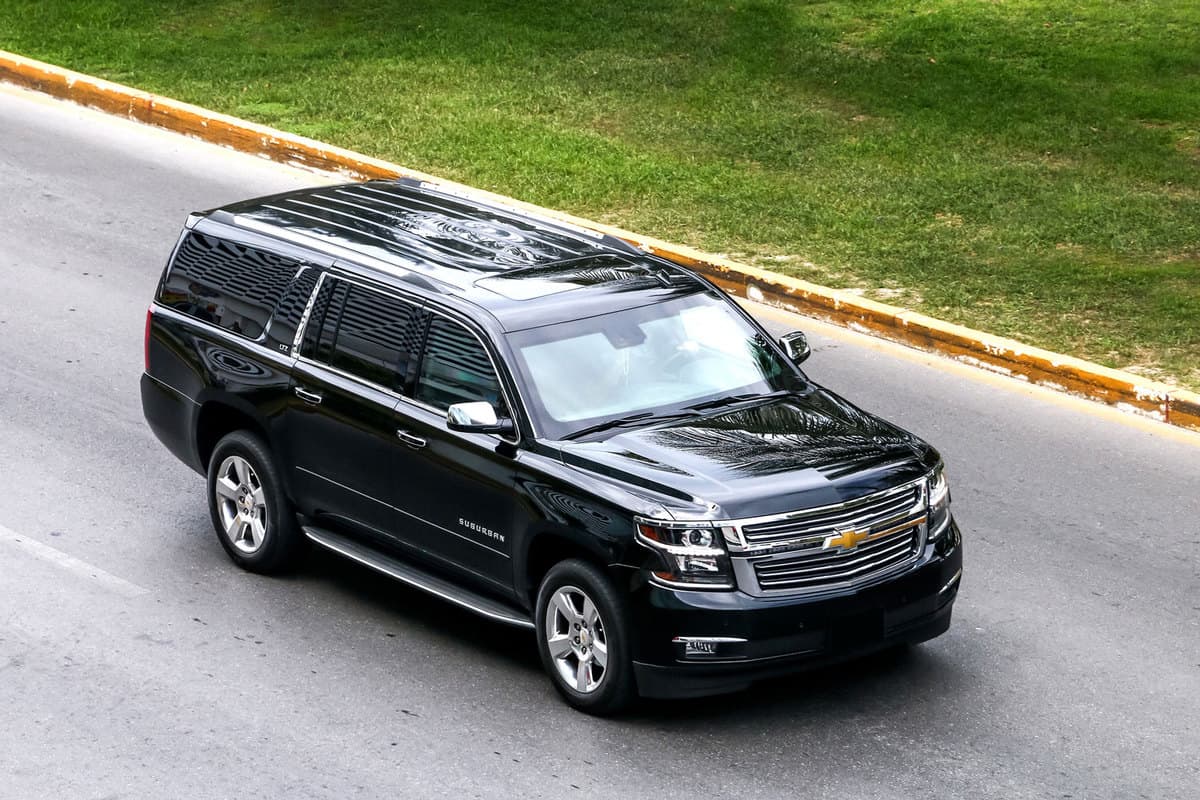 The first method is to check your model year. Chevy retired their 2500 Suburbans with the 11th generation, so if your Suburban is a 2015 or later, it's a 1500 Suburban.

For older model years, there are a few ways to check. The fastest is to look at the wheels and count the lug bolts. The 2500 Suburban will have eight-lug bolts, while the 1500 models will have five or six.

The VIN is typically located in the front corner of the instrument panel on the driver's side and your vehicle certification and registration. It may also be found under the hood in older Chevrolet vehicles, often near the strut tower or firewall.

Of course, you can also find your Suburban's model year by looking at your owner's manual, so that's another method to try.

Is A Yukon XL Bigger Than A Suburban? 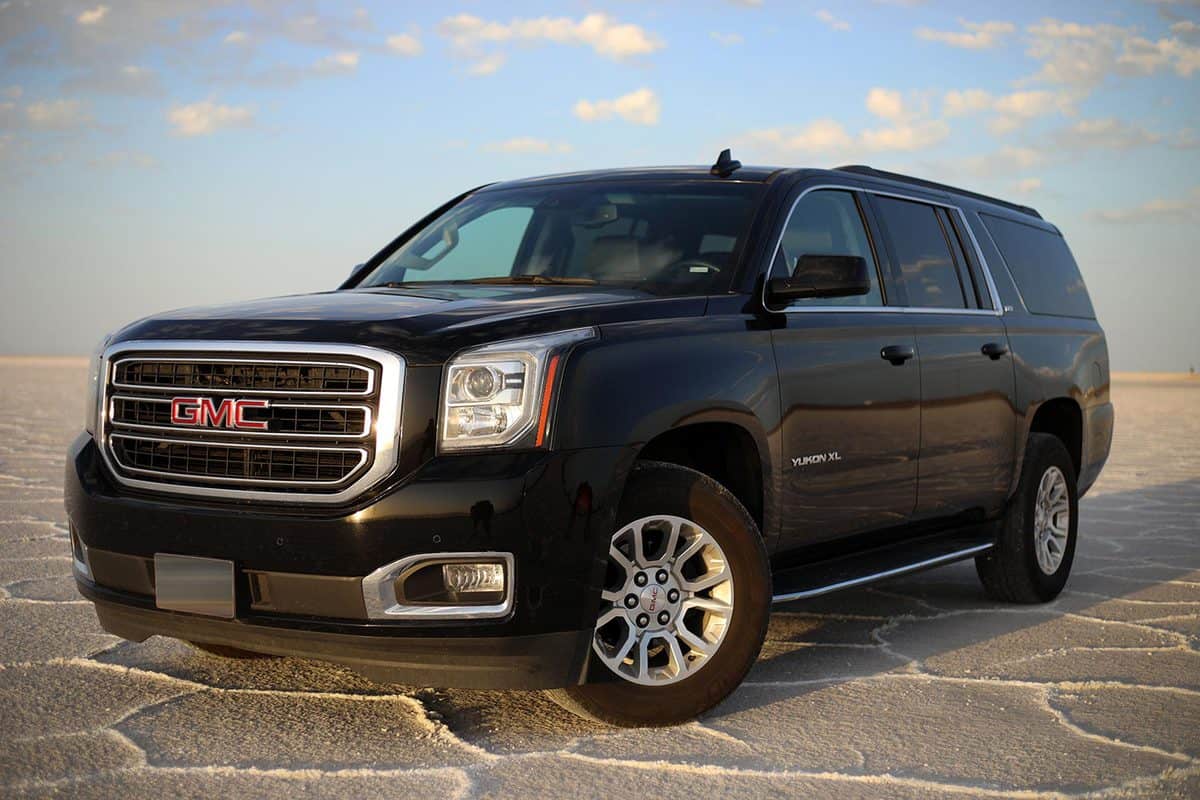 Chevrolet is an automobile division of General Motors, but how does the Suburban stand up to GM's Yukon XL? Well, these have more than manufacturers in common. They are built on the same GM-T1 platform and share many similarities.

What Is The Difference Between The Yukon XL And The Suburban?

We've seen that the Yukon XL and the Suburban use the same base and are very similar in size. They have many more similarities, including the suspension system and available engines. This doesn't mean they don't have their differences, though.

The Chevy Suburban's most high-end trim level is the High Country. This upgrade includes nice features, like surround vision and heads-up display, but lacks some of the luxurious touches of the Yukon XL Denali.

Does The Suburban Come In 4 Wheel Drive? 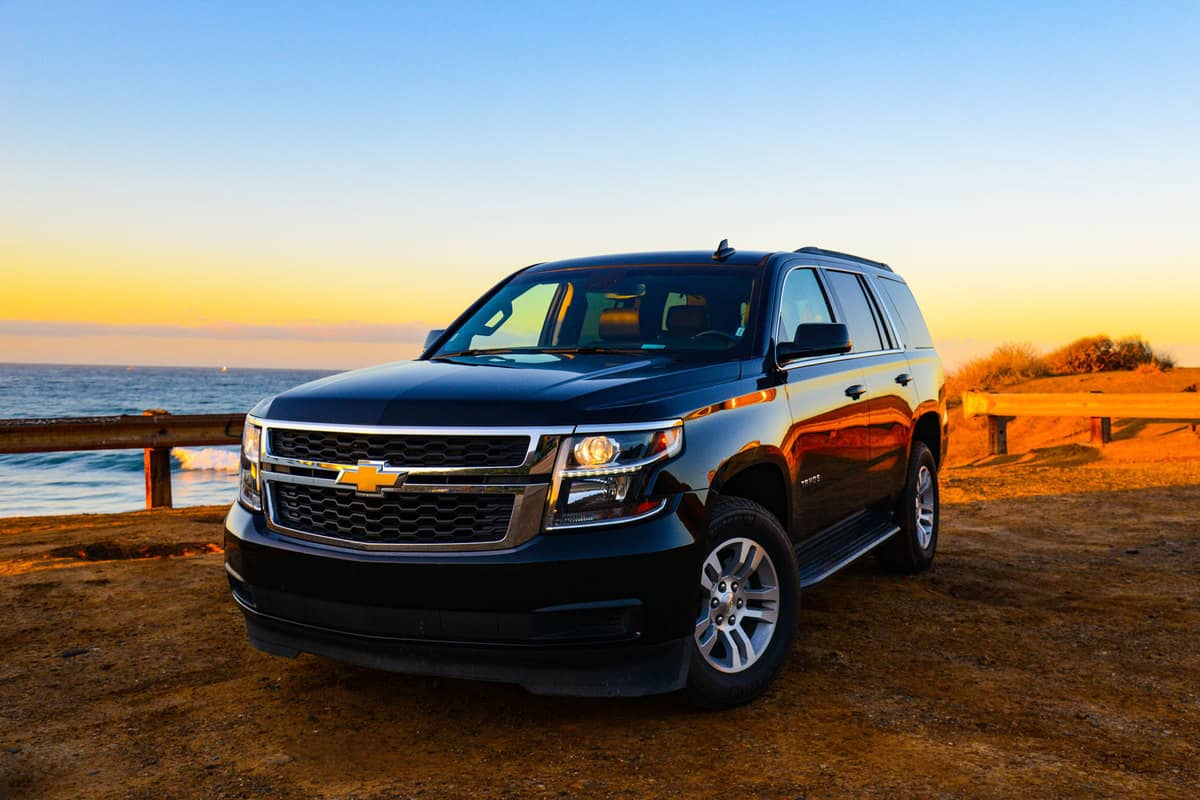 Four-wheel drive (4WD) is a key feature for off-road enthusiasts and is also a great option to have if you often face snowy or wet roads. But does Chevy offer 4WD for the Suburban?

Yes, a 4WD drivetrain is available for every trim level and engine of the Suburban. Two-wheel drive (2WD) is also available, but only for the Z71 trim level.

How Does The Suburban's 4WD System Work?

You can categorize most 4WD systems as either full-time or part-time. Full-time 4WD, as the name suggests, is always on. These systems can be helpful for regular off-roaders but can reduce your fuel economy and increase the wear on your vehicle for everyday street driving.

Because of these downsides, Chevy uses a part-time 4WD system for the Suburban. Part-time 4WD allows you to stay in 2WD for driving in typical conditions, then activate 4WD when needed.

Which Suburban Has The Best Payload Capacity?

We've seen that the Suburban offers the most cargo area in its class, but you need a powerful payload capacity to make the most of it.

The 5.3L V8 engine and the 2WD drivetrain offer the most power and can handle a load up to 1,759 lbs. The same engine with 4WD performs comparably, at 1,750 lbs. This payload capacity is higher for an SUV and comparable to other powerful full-size SUVs like the Ford Expedition.

The lightest payload capacity you can get with a Suburban is with the 3.0L turbodiesel inline-6 engine with 4WD, which maxes out at 1,539 lbs. This is still plenty for most standard cargo and stays competitive with many other SUVs.

Which Suburban Can Tow The Most?

Once again, the 5.3L V8 engine equipped with the 2WD drivetrain takes the cake, but this is key, only if equipped with Chevy's max trailering package. This configuration maxes out your towing capacity at an impressive 8,300 lbs.

The max trailering package increases the standard towing capacity by 500 lbs, meaning that without it, a 2WD Suburban with the 5.3L V8 engine has a towing capacity of 7,800 lbs.

This package is available for both 5.3L and 6.2L V8 engines. The package is not available for the 3.0L turbodiesel inline-6 engine. However, this engine does have a higher standard towing capacity, at 8,100 lbs and 7,800 lbs for 2WD and 4WD, respectively.

Choosing whether to tow a camper or a trailer loaded with your favorite outdoor toys can be a tough dilemma. Fortunately, you don't have to choose with a good, lightweight toy hauler!

The Chevy Suburban is a top-tier, full-size SUV. With the Suburban's most recent generation, Chevy has made some excellent upgrades, including, but not limited to, size.

Whether you're a die-hard Chevy fan or thinking of getting your first from the manufacturer, you now know more about the Suburban's size, power, and function. All that's left to do is get behind the wheel and hit the road!