Do you have an engine head that you need to replace, and you want to know if the engine heads from different engines are interchangeable? You’ve come to the right place, for we have researched this question and have the answer for you. 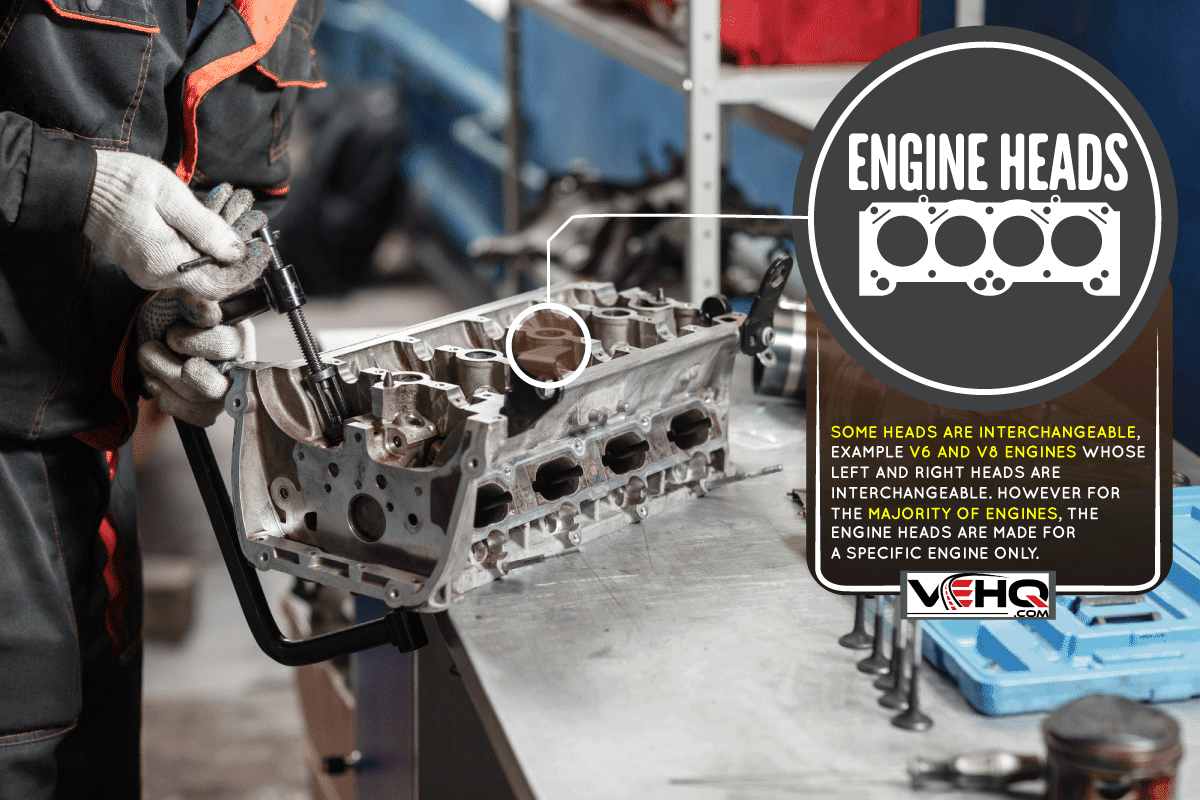 What is an engine head?

To perform its task to seal the combustion chamber, the engine head must be sturdy enough to withstand an enormous amount of pressure and heat. It is made of cast metal to make it more resilient against the compressive force that comes from the combustion of fuel.

The engine head performs an important role in controlling the flow of air in and out of each cylinder. It is also responsible for the proper deployment of fuel into each cylinder.

Many passageways in the engine head must connect with similar channels on the engine block. These channels are where the oil and coolant flow to provide the cooling and lubrication that the engine needs.

How engine heads are manufactured 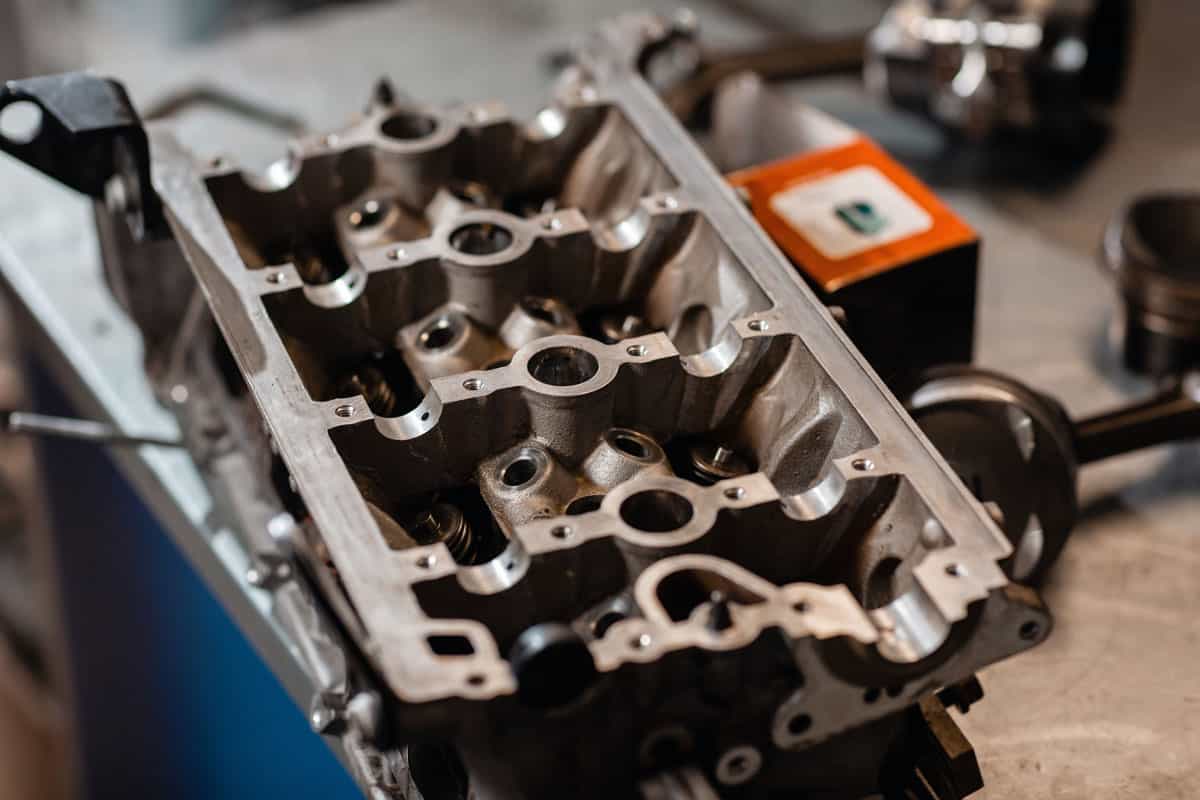 Aluminum and iron are the most common metals that are cast into engine heads.

Aluminum has the advantage of faster heat dissipation and lighter weight which leads to better fuel economy. It is the popular choice for engines of race cars and performance cars. These two types of cars value weight and cooling efficiency.

Most gasoline engines are cast from aluminum.

The downside to using aluminum for engine heads is its higher cost and its weaker material strength than iron.

Iron engine heads are cheaper than aluminum engine heads. The main strength of an iron engine head is its higher material strength and durability. They can resist damage better and can last a long time.

However, the downside of iron engine heads is that they are heavy and dissipate heat more slowly than aluminum.

Other Engine Components Found In The Engine Head

Another important engine component that is found in the engine head is the camshaft.

This will cause the cylinder to move to the next cycle of compressing fuel and air, but it does not have any fuel and air to compress.

Another important component that you can find in the engine head is the spark plugs.

Spark plugs are responsible for providing the spark that will ignite the fuel and air mixture after the cylinder compresses it.

Some diesel engines can be difficult to start because the mass of the cylinder block and the engine head absorb the heat that comes from the compressive force of the engine. This cooling effect prevents the ignition of diesel fuel.

The glow plug produces heat from electrical energy because of the electrical resistance in its tip. The hot tip ignites the diesel inside the engine even when the engine is still cold. This reduces the time that a driver needs to crank a diesel engine to start. 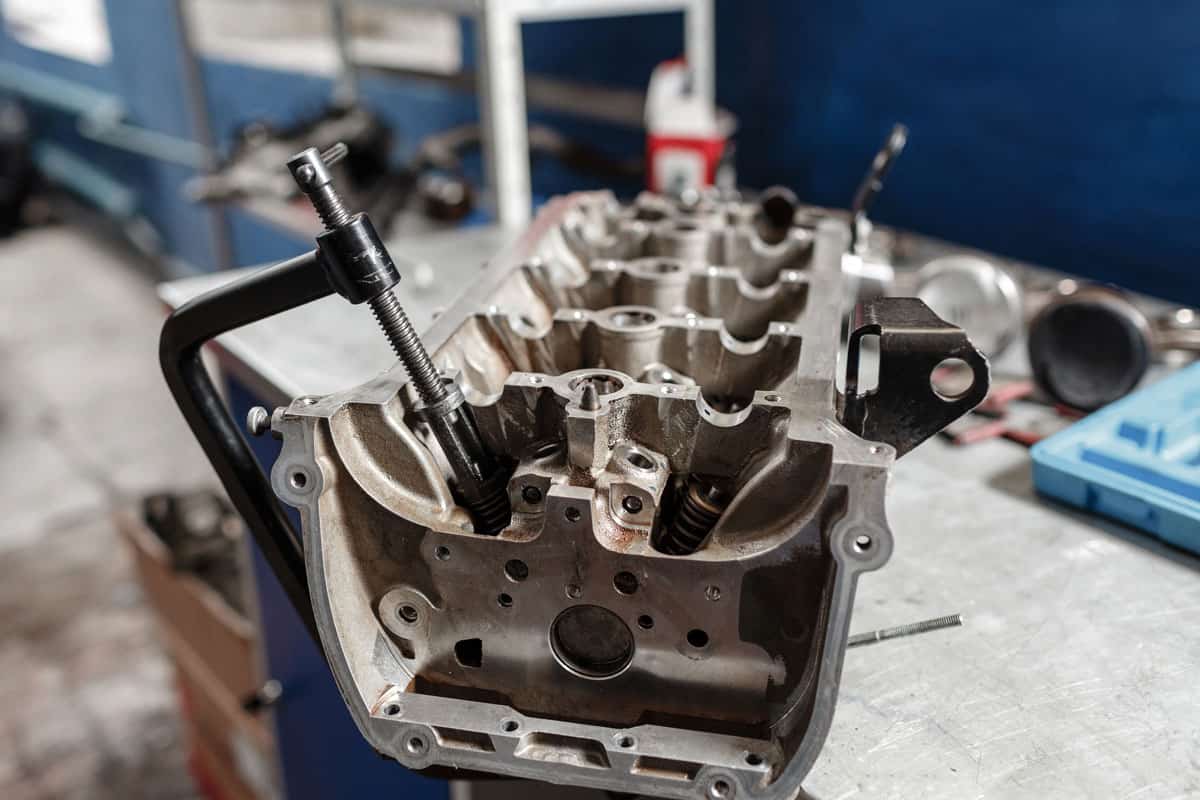 The left and right engine heads of some engines are the only ones that have a chance to be interchangeable.

Misalignment of the coolant and oil channels can quickly lead to engine overheating. Improper oil distribution will lead to piston wear.

And the channels are not the only things that should be the same.

The same is true for the spark plug.

Another aspect that would be off if the engine head and the engine block are not made for each other are the holes for the bolts.

The holes can be off, and you will not have a way to secure the engine head to the engine block. Another scenario is that the holes will line up, but the sizes are different. This will force you to use a smaller bolt that will not give a secure fit.

Without a secure fit, the engine head will not be able to do one of its more important functions—to seal the combustion chamber.

And since the coolant is half water, the presence of coolant inside the combustion chamber can damage internal parts of the engine like the fuel pump, filters, fuel injectors, and pistons.

How to replace the engine head? 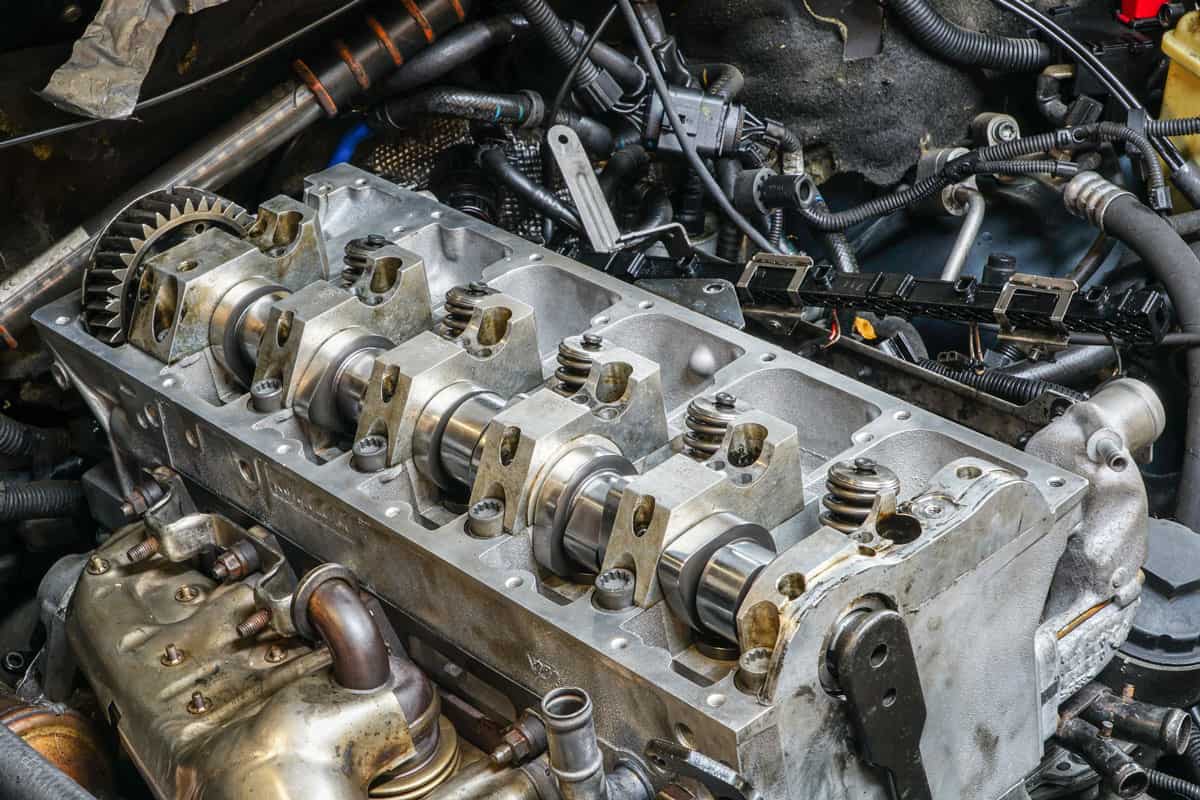 Replacing the engine head is something only professional mechanics should do. We talked about how the engine head has the greatest number of movable parts in the engine in a previous section. You will have to remove all these moving parts before you can get to the engine head and remove it.

Why do engine heads need replacement?

Not all cracks are visible outside the engine. The most common cracks on the engine head happen between the valves. These areas have small clearances, and the smaller clearance makes them more vulnerable to cracking once the pressure and heat get too high.

How do you know if an engine head is left or right? 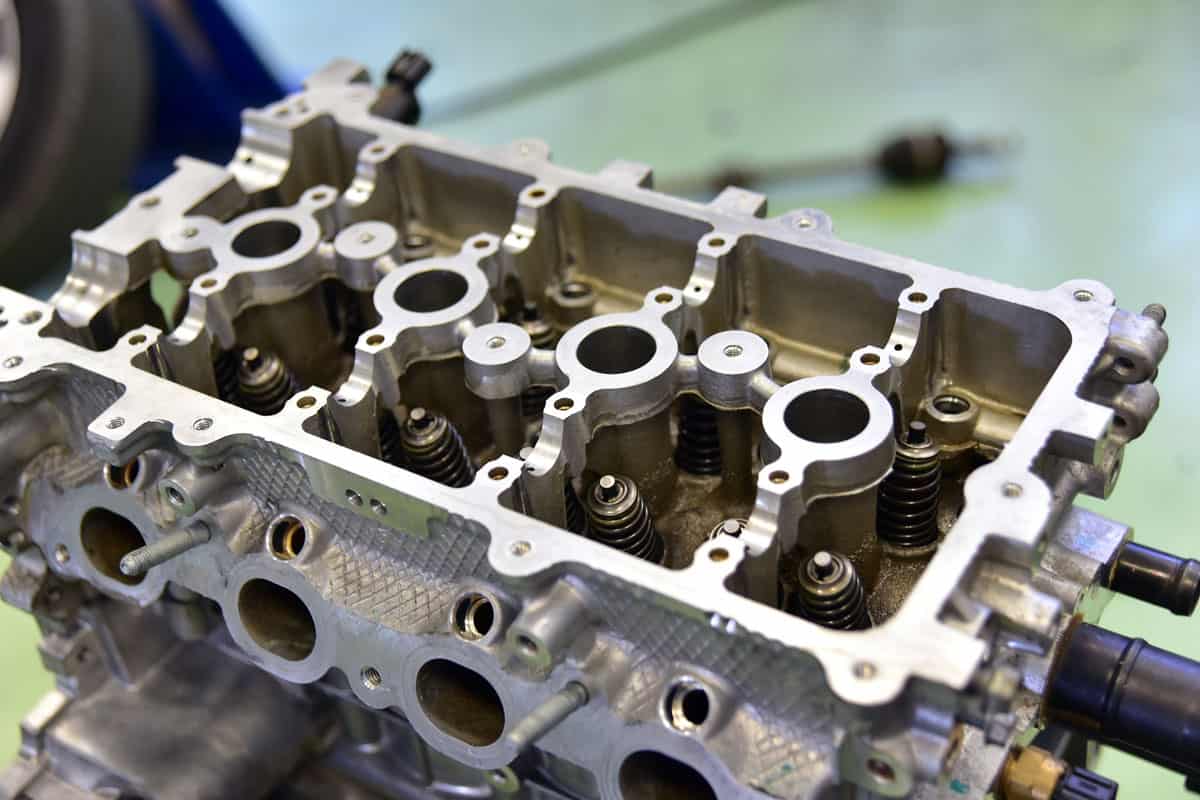 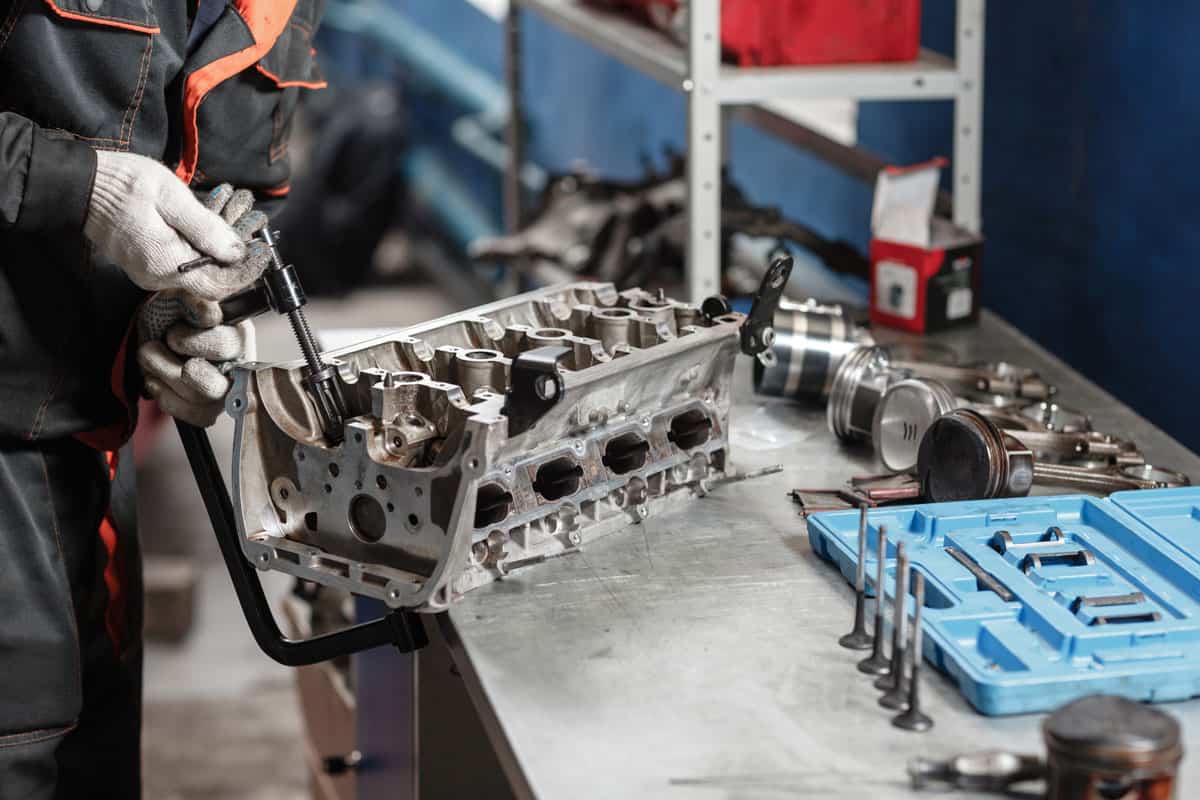 Some V6 and V8 engines have interchangeable left and right engine heads, but not all. The engine head of regular engines does not match even if they look the same on the outside. The only time the engine heads will be a match is if they are engine heads from the same model of engine.

How Hot Will A Block Heater Get An Engine?

Where Is My Engine Block Heater Cord?