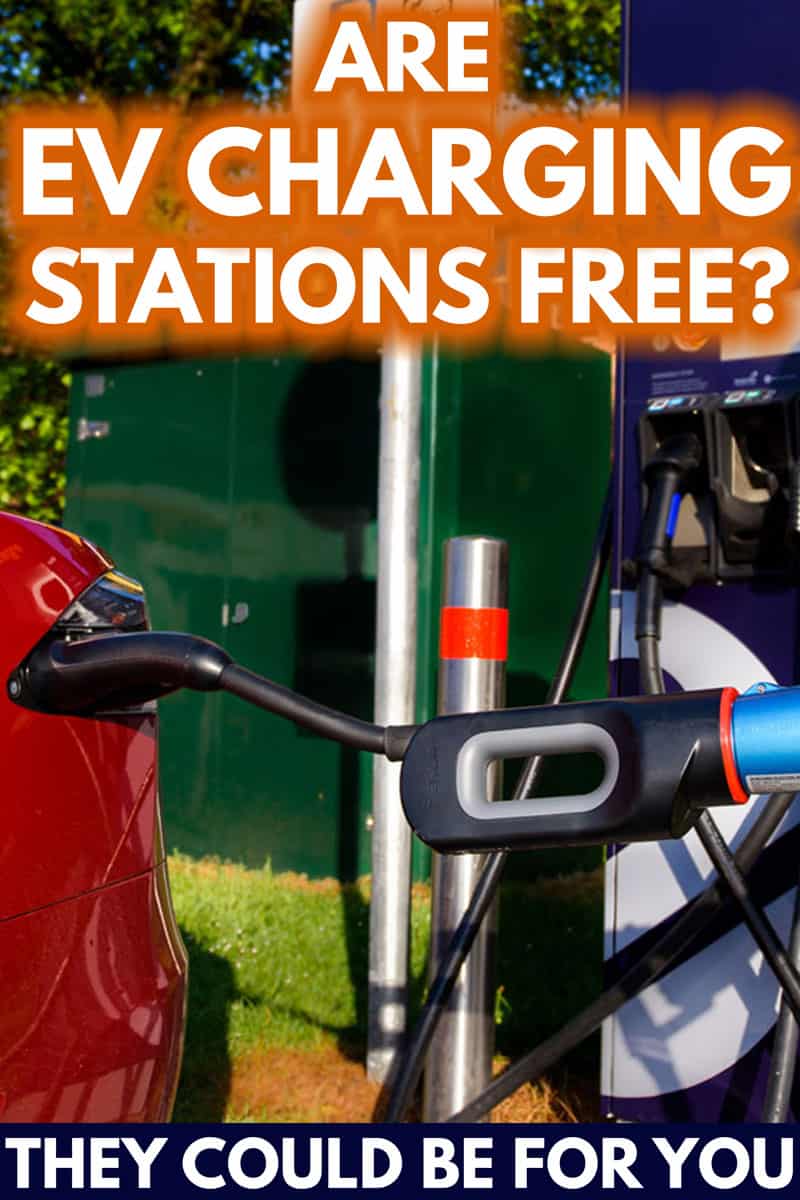 You can use most EV charging stations without paying a fee. The ones that do charge you may do so hourly, by session, by the kilowatt-hour, monthly, or even annually. The latter two options are subscription-based, where you pay for as much electricity as you use.

With all those different payment options, you might have some more questions ahead of buying your electric car. If so, we encourage you to keep reading. In this article, we’ll talk more about whether EV charge stations are free, which ones, and how much you might pay for the stations that do charge.

Are There Free EV Charging Stations?

Electric cars are still considered relatively new technology, becoming a more realistic option for today’s driver within the last couple of years. More charging stations have popped up across the United States and other countries to accommodate these drivers. The best part? Most of them are free.

Whether that will be the case forever remains to be seen. As electric vehicles keep growing as an industry, it’d make more sense for charging stations to demand a fee. For now, if you do decide to buy an electric car, know that you’d have no shortage of free charging options.

Not having to pay for electricity is great, but there is a downside to charging at a station. Depending on how depleted your vehicle is, you could have to stay parked for hours. You’d have to find a way to occupy your time until your car finished charging.

Also, more than likely, you can’t leave your car sitting and charging all night. Many charging stations have rules, such as hours of availability. Plus, others limit how long you can charge. You might have to pay if you exceed that time limit. You could get maybe a partial charge at an EV charging station, but then you’d have to take your electric car home and finish up there. That’s not super convenient.

How Much Does It Cost to Charge an Electric Car At a Charging Station?

What if you happen to find an EV charging station that isn’t free? As we said in the intro, there are a few ways you can get charged. Let’s talk about these more now.

Okay, now that you know the various ways you could be charged to power up your electric car, let’s talk prices.

As of the beginning of 2019, a kWh is $0.1249, according to data from the U.S. Energy Information Administration (EIA). That number is far from static, though. Depending on the season and where you live, you may pay more in kWh than that $0.1249.

How far does a kWh get you in an electric car? Good question! On average, you can travel two to five miles for each kWh. Many charging stations can top off your electric vehicle with up to 7 kWh within 60 minutes.

Is Charging an Electric Car Cheaper Than Gas?

As we just discussed, if you have to pay to charge your electric car, it’s going to be about $0.1249 kWh. This price can vary, but considering you get up to five miles on that, it’s a great deal.

Unless you own the Tesla Model S, then you get to drive roughly 100 miles before you should have to charge up your electric car. (The Model S can go more like 250 miles). You don’t want to let your car’s electricity deplete to nothing, so let’s say you only go 80 miles before recharging.

By spending an hour at a charging station, you replenish 7 kWh, just as we said in the last section. Assuming you get five miles per kWh, if you drove 80 miles, you’d need to charge up to 16 kWh. That means you’d spend 2.28 hours or a little more than two and a half hours at the charging station.

That would make recharging an electric car cheaper than filling a traditional vehicle with gas by 57 cents.

Perhaps you have a favorite charging station brand you like to use for recharging your electric car, such as ChargePoint. Once known as Coulomb Technologies, ChargePoint has charging stations across 14 countries and counting. Overall, there are more than 6,000 of these stations in the world.

Most parts of the US have them, with 43 states equipped with ChargePoint electric chargers. If you decide you want to power up your electric vehicle through ChargePoint, it’s free to sign up. When you do, you get a ChargePoint card.

That’s where you start paying. There’s a $25 deposit that covers initial usage at ChargePoint stations that aren’t free. Many are, but for those that aren’t, you have the ChargePoint card to manage all your charging expenses.

You may also use EVgo, part of major brand NRG. As NRG has sought to become a cleaner business, they’ve decided to give electric vehicle drivers a charging option. There aren’t as many of these charging stations compared to ChargePoint, with only about 775 stations at current. A lot of these are based in California, Tennessee, Texas, and Washington, DC, although the company has moved to the east coast and Midwest recently as well.

While ChargePoint charging stations are sometimes free, EVgo’s are not. You get an EVgo card you use to recharge your electric car. You can sign up for a monthly membership that costs $9.99 that lets you save when doing DC Quick Charging. While you’d typically pay $0.20 each minute, the price lowers to $0.15. Otherwise, for Leve 2 charging, you’d pay $1.50 each hour you spend at the charging station.

Electric car owners often don’t have to pay to power up their vehicles at an EV charging station. For the stations that aren’t free, you still pay slightly less than you would at the pump, about 57 cents less. That’s assuming, of course, that you drove your electric car to low power before recharging it. With free or cheap charging, now is a great time to own an electric vehicle.