Skip to Content
Acura is known for higher-end luxury cars. While they often feature cutting-edge technology, what about something as simple as an all-wheel drive? It seems unlikely that people would take a luxury car off-roading, so can you even find an Acura vehicle with AWD?
Actually, almost every vehicle in Acura's recent lineup is available in all-wheel drive! The ILX is the only current Acura model not available in AWD. Present and recently past Acura vehicles with AWD include:

Keep reading to learn more about each of these five models. We'll give you a quick rundown on each one and what they offer. This article also explains the difference between Honda and Acura - are they the same or not? We'll let you know. This article next covers which Acura is best for driving in the snow because, as it turns out, you can take Acura off-road - we'll let you know which model is best and why. 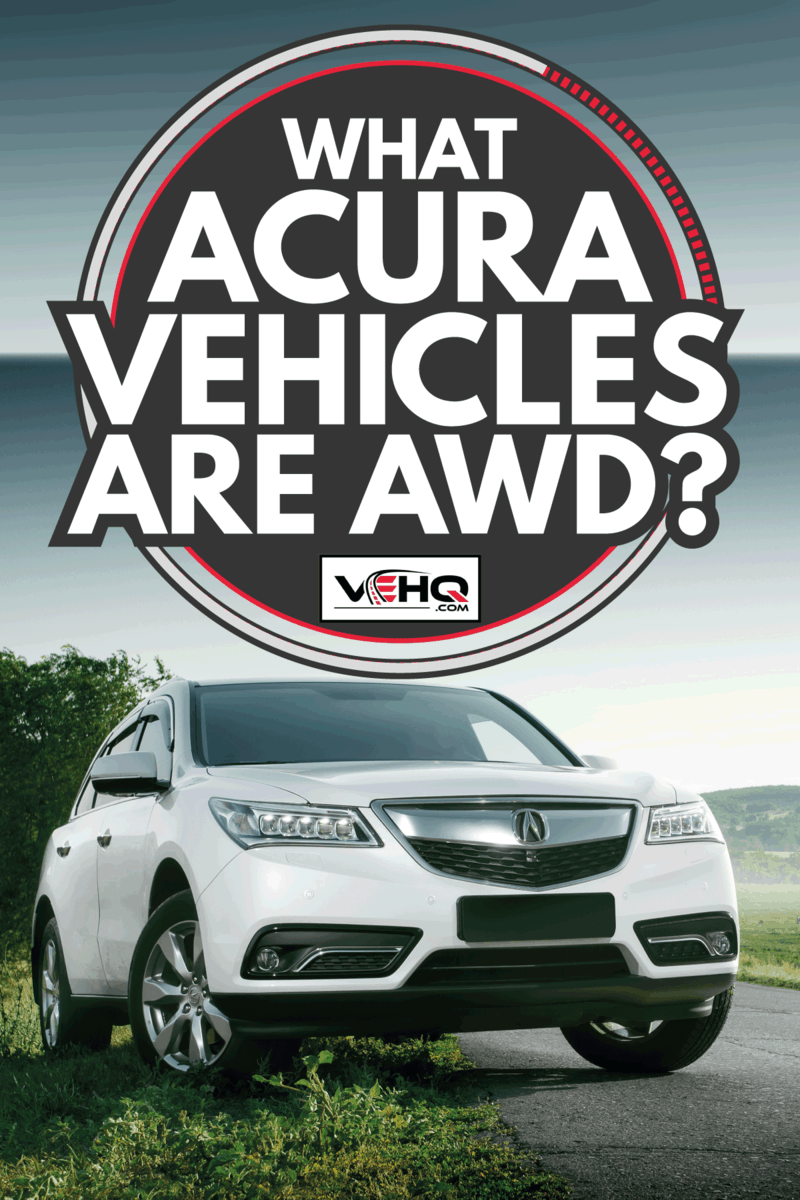 Both offer a 10-speed transmission and double-wishbone front suspension. It's designed to be lightweight as a sports sedan. The car is also available with a leather interior.

It won MotorWeek's Drivers' Choice Award for a luxury sedan. The TLX was also named one of 2021's Best New Cars by AutoTrader.

The RLX is currently out of production, discontinued after 2020. However, from 2014-2020, the RLX Sport Hybrid came with an all-wheel drive.

Don't expect a lot of room for your stuff, however. The RLX Hybrid offers a scant 12 cubic feet of cargo space. And the rear seats don't fold down, so there's really no way around the small space.

Instead, it offers plenty of headroom - about 37 inches in either row. The legroom is also ample, with 38 inches in the rear seats and 42 inches in the front.

The RDX has a 10-speed automatic transmission. And, even though it's compact in size, it can still tow up to 1,500 pounds.

A premium performance SUV, the 2022 MDX is a bit larger than the TLX. It's also got a little more power, with 290 horsepower and a 3.5-liter engine.

It seats up to seven people in three rows. It has lots of room, with a maximum storage capacity of 95 cubic feet when the seats are folded down. Even with all three rows of seats up, the MDX still offers 18 cubic feet of storage.

A more powerful Type S model is in production for 2022 and arrives later this year.

The NSX is in a league of its own as a high-end luxury sports car. Next year, 2022, is slated to be the last year for the production of the NSX, with the new Type S model coming in August.

Of course, it doesn't come cheap. Expect to pay six figures for the 2022 NSX Type S.

While it may not be the fastest sports car on the market, it does have one significant advantage. It has a Quiet Mode that won't disrupt the neighborhood like other race cars, making it a bit more realistic for everyday driving.

The Type S isn't available yet, and will be limited in production - only 350 are going to be released. As a result, this video reviews the 2021 NSX, the model you are more likely to find available.

Is An Acura A Honda?

Honda is the parent company of Acura, having launched in 1986. Acura is an off-branch, and the initial creation was to break Honda into the luxury car market originally.
To this day, Honda is known for safe, reliable vehicles in a more affordable price range. Acura may share some of the features or platforms of Honda vehicles. But Acura cars have higher-end technology and more features designed for a comfortable - though more expensive - ride. 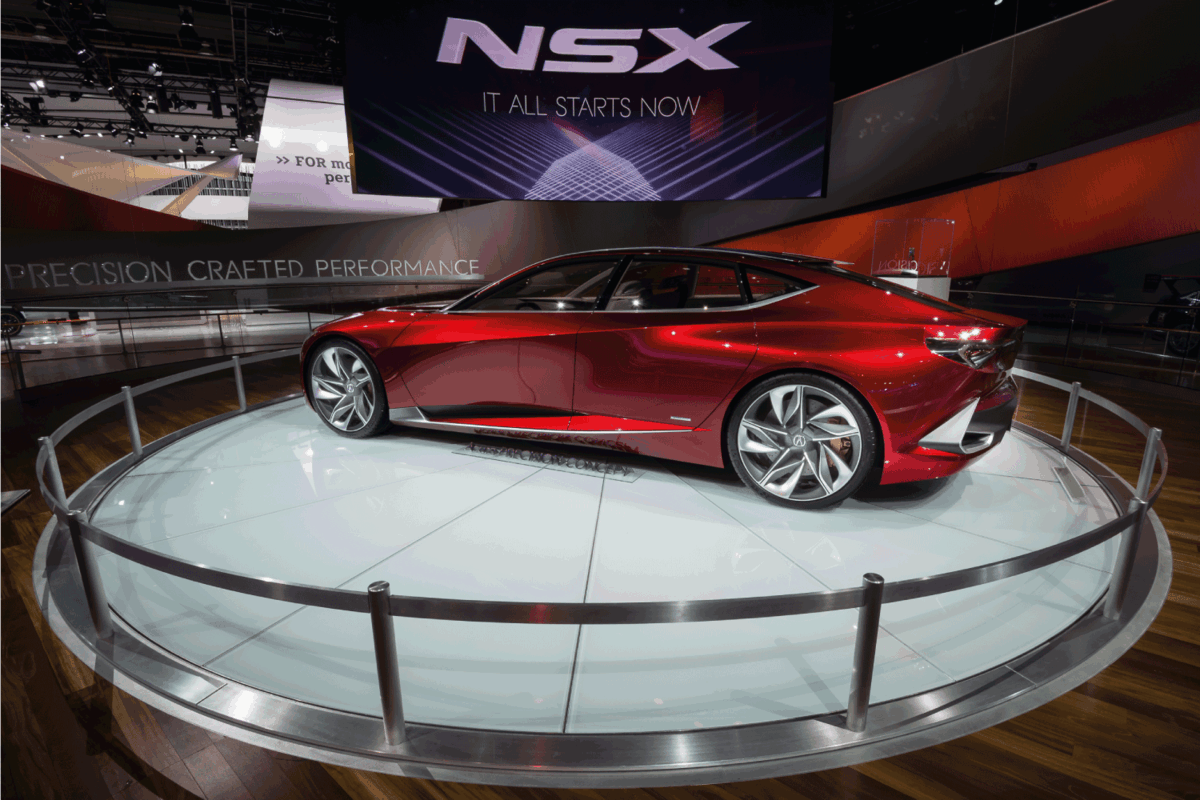 In 2005, Acura first launched its own special drive system - the Super Handling All-Wheel Drive (SH-AWD). This unique system ensures that Acura vehicles perform with excellent stability and maximum traction on ice and snow.

SH-AWD distributes torque between the front and back axles and the left and right rear wheels. Motortrend even reports that the SH-AWD on the Acura MDX is so intuitive it can sense when the car is going uphill and automatically moves torque to the rear wheels for better traction.

Acura also has the Vehicle Stability Assist system. Combine this with the SH-AWD, and Acura can provide some of the best acceleration and cornering of any car on the market. It can even accelerate smoothly on slippery surfaces and make corrections for under or over-steering.

While Motortrend draws special attention to the Acura MDX's performance in snow, all of the cars on our list come with both SH-AWD and the Vehicle Stability Assist (VSA) system.

The SH-AWD and VSA system described above does provide some off-roading potential for Acura vehicles. But if you really want something capable of handling itself off-roads, the Acura MDX is the hands-down winner.

Keep in mind, of course, that Acura is famous for making more expensive luxury cars. Common sense dictates that this is not the kind of vehicle you want to tempt fate with. If you need something to climb cliffs and jump crevices, this isn't it.

But if you like the high-end features of an Acura, you don't need to fret that it means sticking to paved roads. The MDX has the traction to handle mud, loose gravel, and dirt. The clearance is a bit low, so take big bumps slowly. 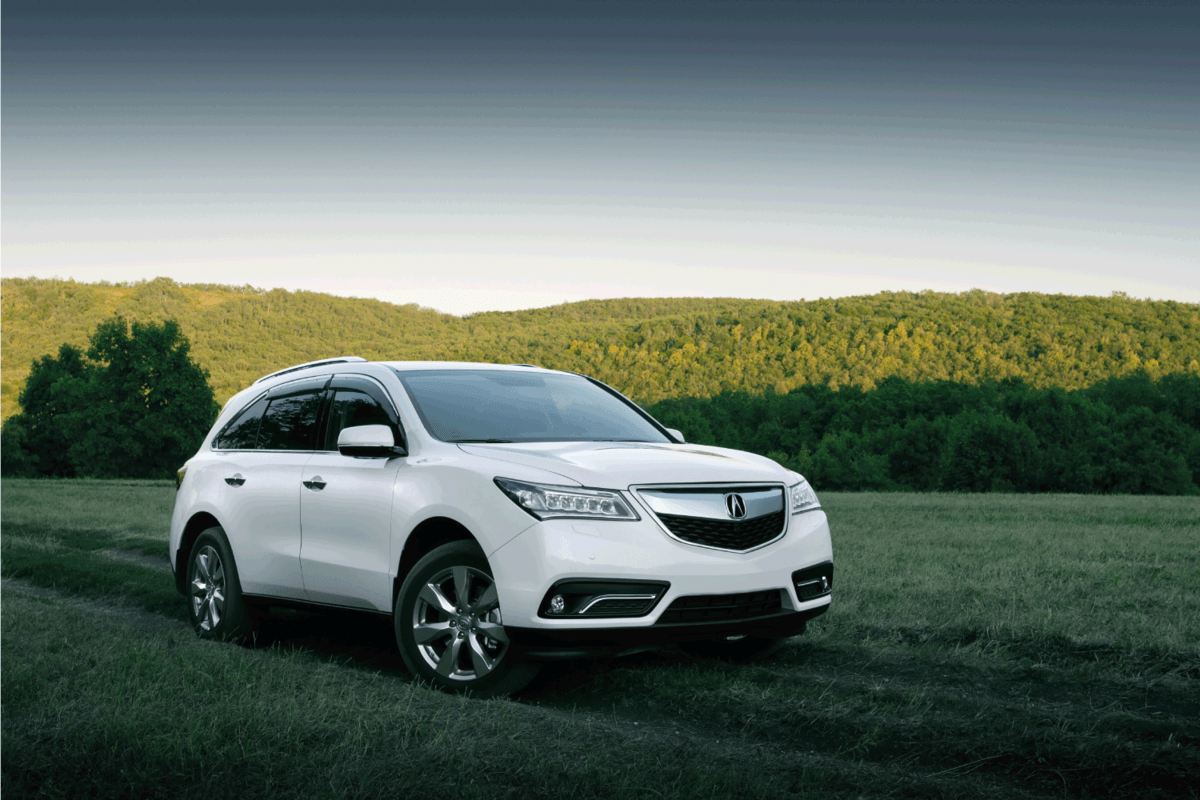 Acura is a branch of Honda, created to help Honda break into the luxury car market. Though Hondas are reliable and affordable, Acura vehicles tend to be a bit pricier. However, they come with top-line features that increase comfort and safety. They also offer advanced technology, such as their special Vehicle Stability Assist system and Super Handling All-Wheel Drive (SH-AWD).

If you enjoyed this article, please consider reading the following: