Backup sensors greatly help as we drive our cars in reverse. The rearview mirror and the beeping sound will guide you in navigating safely. It would surely be a problem if the backup sensors were not working. We sought advice from automotive experts for possible reasons why the backup sensors fail and found these potential issues to share with you.

The sensors may not work properly if dust, dirt, snow, or even oil gathers. Grime or debris is the usual reason why the sensors fail. In some cases, the backup sensor will send an error code. Refer to the manual to know what the corresponding error is; it's possible that:

Keep on reading this post to help you understand more about backup sensors. You will also know why they do not work properly from time to time.

What's Wrong With The Backup Sensors?

When you have to drive in reverse, the backup sensor will help you get to your destination safely. The beeping sound will be your guide if there is any form of obstruction. In addition, the backing sound also warns pedestrians of what you are doing. 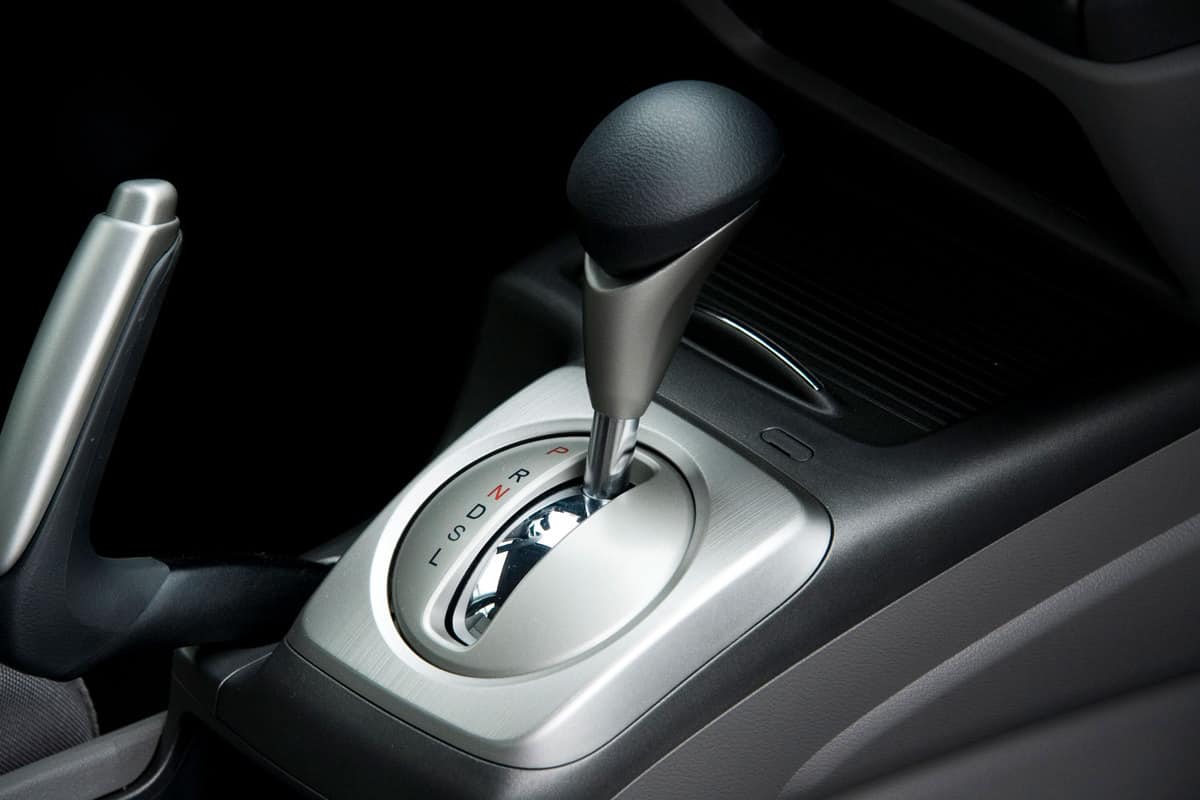 But sometimes, the sensors will not work. Instead, these produce beeping sounds even if you are not doing anything! We'll discuss why this happens.

Covered in Grime or Snow

The backup sensors are normally located in the lower part of your car. Thus, they usually collect dust, snow, and any grime that your car encounters. When the sensors are covered, they will not be able to work properly. Your rear camera could also malfunction if it is full of dirt or snow.

In some cases, the sensor still does not work properly even if the surface is clean. Conversely, the sensor makes a beeping sound continuously even if you are not backing up. A quick visit to the mechanic will tell you that your sensor is defective.

Another possible reason why the backup sensor will not work could be the " target="_self" rel="noopener">decoupling ring. The sensor may make unnecessary noise if the decoupling ring has missing parts or if it is not installed properly.

The sensor could work just fine, but you will see an error code in your control panel. While we cannot discuss each of these codes, your car manual can help you identify what the particular error is.

Finally, backup sensors are quite sensitive. If it gets soaked with water, it might not work properly later on. 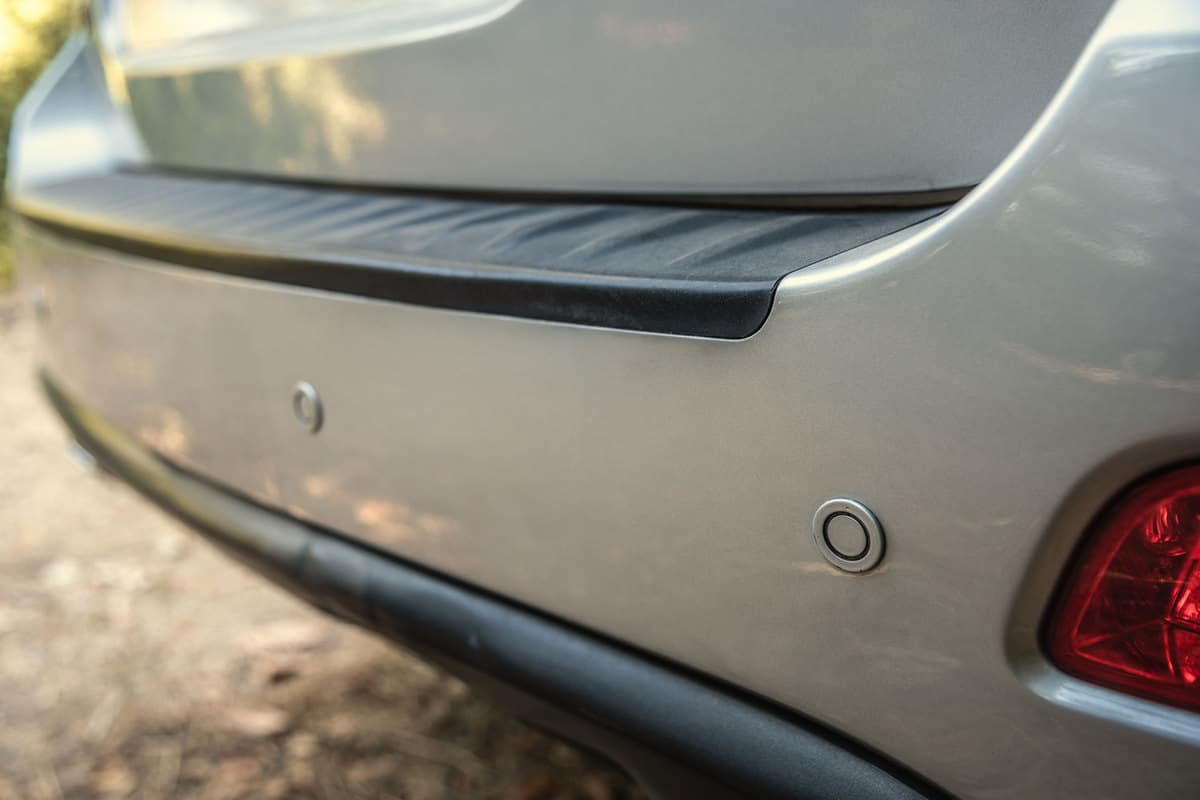 How do you solve these problems with the backup sensor? First, clean your sensors when you clean the car's surface. The sensors may have been covered with dirt, preventing them from functioning properly. Remember to clean the rear camera as well.

Car enthusiasts highly recommend WD40 when cleaning. You spray a small amount on the sensor and wipe it dry with a clean rag.

Next, if the sensors are still acting up. they may create non-stop sound. If the sound is hurting your ear, you can turn off the sensors. You can use the steering wheel or touchscreen monitor to do this. Follow the series of commands that you will see until you can get to part where you disengage the sensors.

Turning off the sensors is a temporary solution. You should still bring your car to the mechanic to get a proper diagnosis. You might need to replace defective sensors. The mechanic can help you solve the error code that appears in the console.

Remember to check the coupling ring if there are any missing parts. You also want to install the parts properly.

Most importantly, be extra careful when cleaning your car and sensors. Some manufacturers caution against using too much pressure to clean the sensors if using a power washser. You should also keep a distance of at least ten centimeters when using the power washer.

How Do the Backup Sensors Work? 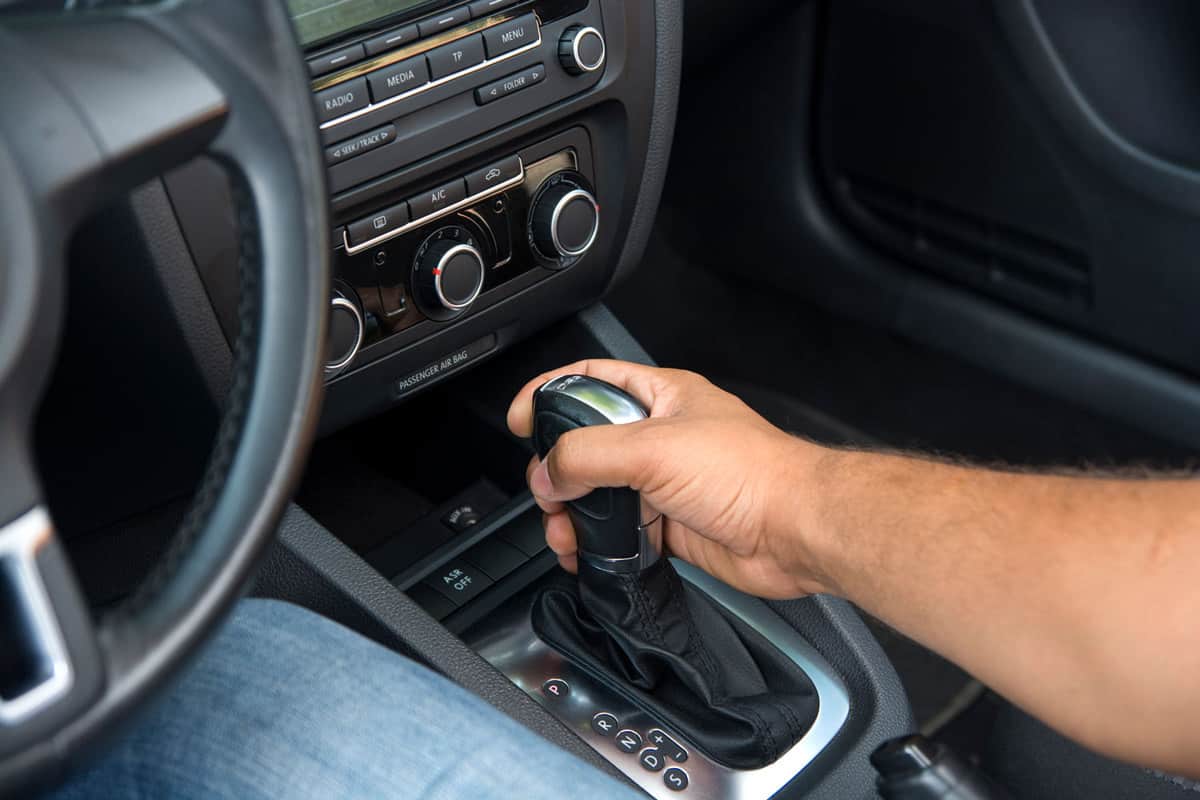 Backup sensors, or proximity sensors, use frequencies to detect objects nearby. There is a receiver that accepts the frequencies and detects the distance between the car and the object. The two types of backup sensors are ultrasonic and electromagnetic sensors.

Meanwhile. the electromagnetic sensor cannot detect any object if it is not in motion. When the car is stationary, the sensors can only detect objects if they are moving towards the vehicle.

Even if you equip your car with backup sensors, it is still a good idea to observe everything around you as you go in reverse. Be alert because your sensor may not pick up everything.

How Much Does It Cost To Replace The Backup Sensor? 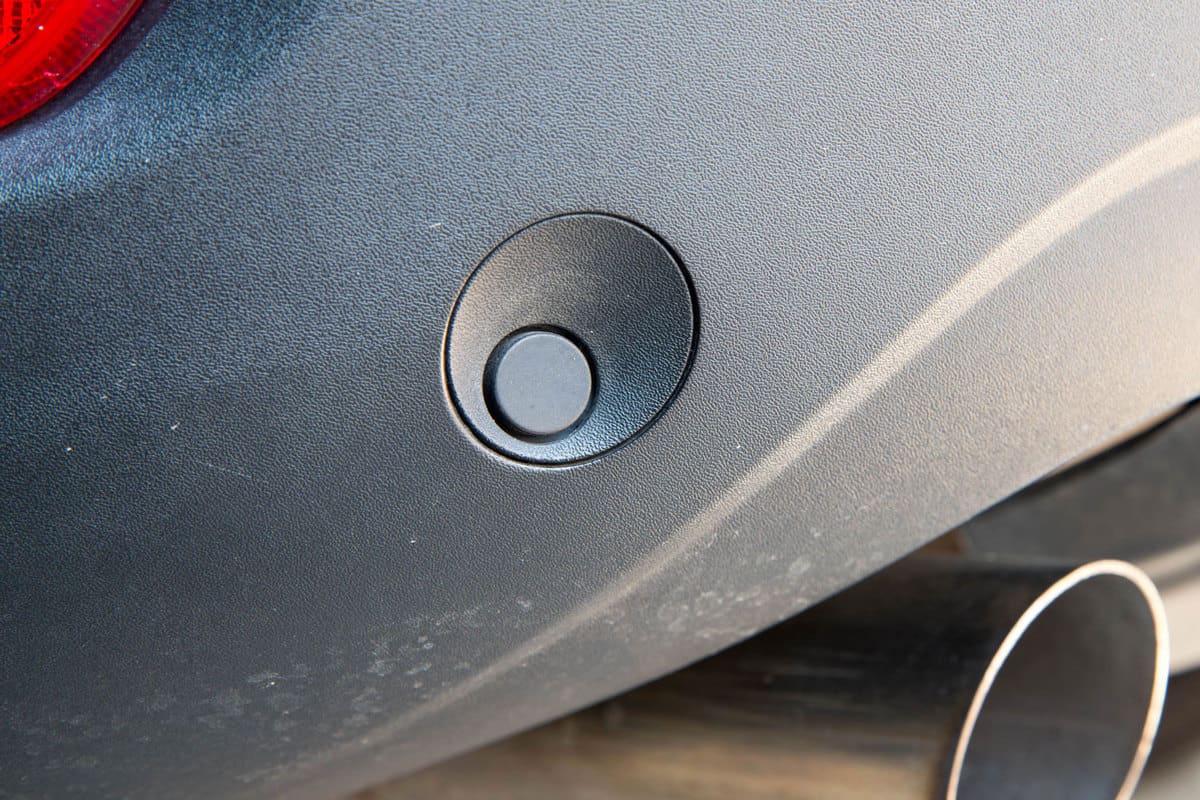 In case the sensors are beyond repair, it's time to get a new set. According to suppliers, the average cost of backup sensors ranges from $500 to $550. This cost covers both the parts replacement and labor costs. It's best to ask around so you can find a better deal.

Can You Add Backup Sensors To Older Car Models? 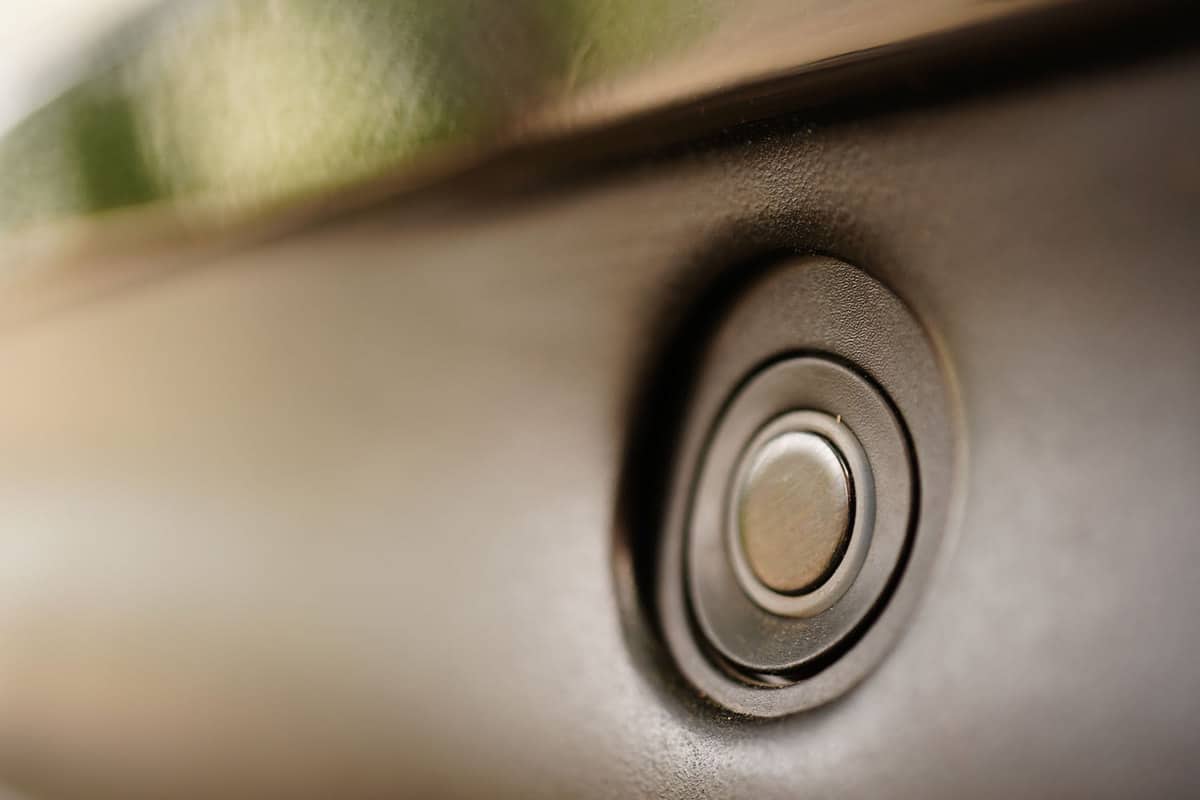 Almost all new cars have built-in backup sensors. In case your car is an older model, do you wonder if you can still put sensors? Fortunately, you can.

You can install either an audible or visual system. The audible system uses a series of beeping sounds to alert you as you drive.

Check out rearview camera on Amazon.

You might want to consider getting a professional to install this sensor. The reason for this is that you will have to drill a hole in the bumper and attach some wires.

But if you feel confident in doing all these, you can add the sensors yourself. Prepare the right tools so you can work properly.

How much do the backup sensors cost? The retail cost can range from as low as $20 up to about $200. You will also have to factor in additional costs for labor.

How Long Do Backup Sensors Last?

There is no consensus about how long can you use backup sensors. Some manufacturers say that sensors can last up to a decade. And then some users swear that their sensors only lasted for a few months before they began to malfunction.

Instead, it would be better to protect your sensors. Treat them with care so they can last for as long as they can. For instance, you should not subject the sensors to extreme temperatures often.

Another suggestion would be to use backup sensors that come with a warranty. This way, you can bring your unit to an accredited technician when you need technical support.

Which Is Better: Rear Camera Or Parking Sensors?

Another ongoing debate is the one between the rear camera and parking sensors. After all, each of these features has its advantages.

For one, the rear camera gives you visual information on the objects behind you. However, you will not know whether you are still far or near said object.

On the other hand, the parking sensors only give you a series of sounds to let you know your distance from the objects behind you. If you need to get an idea of what's going on behind the car, you might have to twist your head or rely on the rearview mirror.

The good news is, you don't have to choose between the two. After all, some models offer both a camera and a sensor. If you install this in your car, you will feel more secure as you drive in reverse. 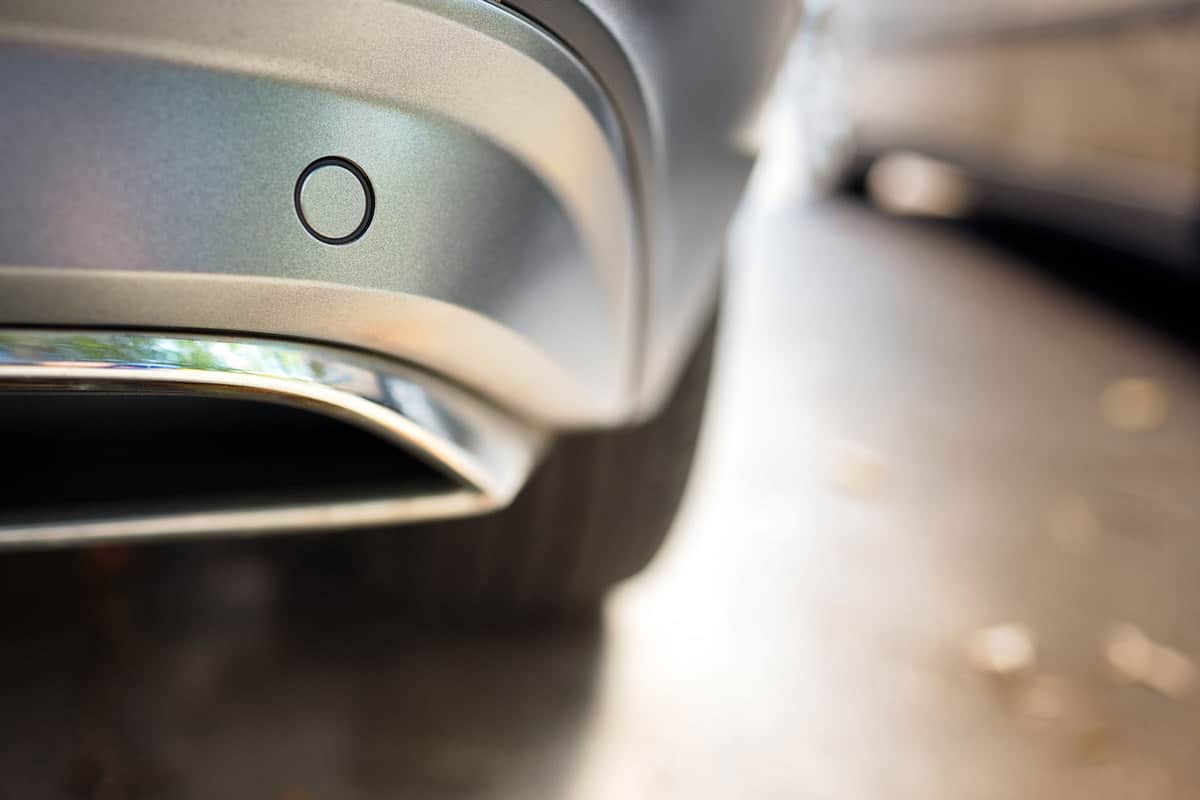 Backup sensors continue to help drivers. This nifty feature in the car provides security as they drive backward.

However, backup sensors will also malfunction from time to time. The reasons could be as simple as dirt covering the surface or problems with the wiring or missing parts. Sometimes, the sensors are filled with water, causing them to go haywire.

You will know when your sensors are not working if they start to act up. These could give off beeping sounds even if you are not driving. If you cannot troubleshoot the problem, you can bring your car to a mechanic for proper action.

Before you go, check out our other posts about car maintenance:

How Tight Should An Oil Filter Be?