A bad radiator cap and head gasket issue can both cause overheating. But what are the other symptoms that tell you which is to blame? Fortunately, we have the answer to help you diagnose your vehicle's woes.

Here is the list of signs you can tell if your car has a bad radiator cap or head gasket issue;

Keep reading as we will discuss the signs of a bad radiator cap and blown head gasket in detail. We will also cover how these parts work, what happens if you drive without fixing them, and important information for proper maintenance.

What Are The Signs Of A Bad Radiator Cap?

There are several indicators that you have a faulty radiator cap: 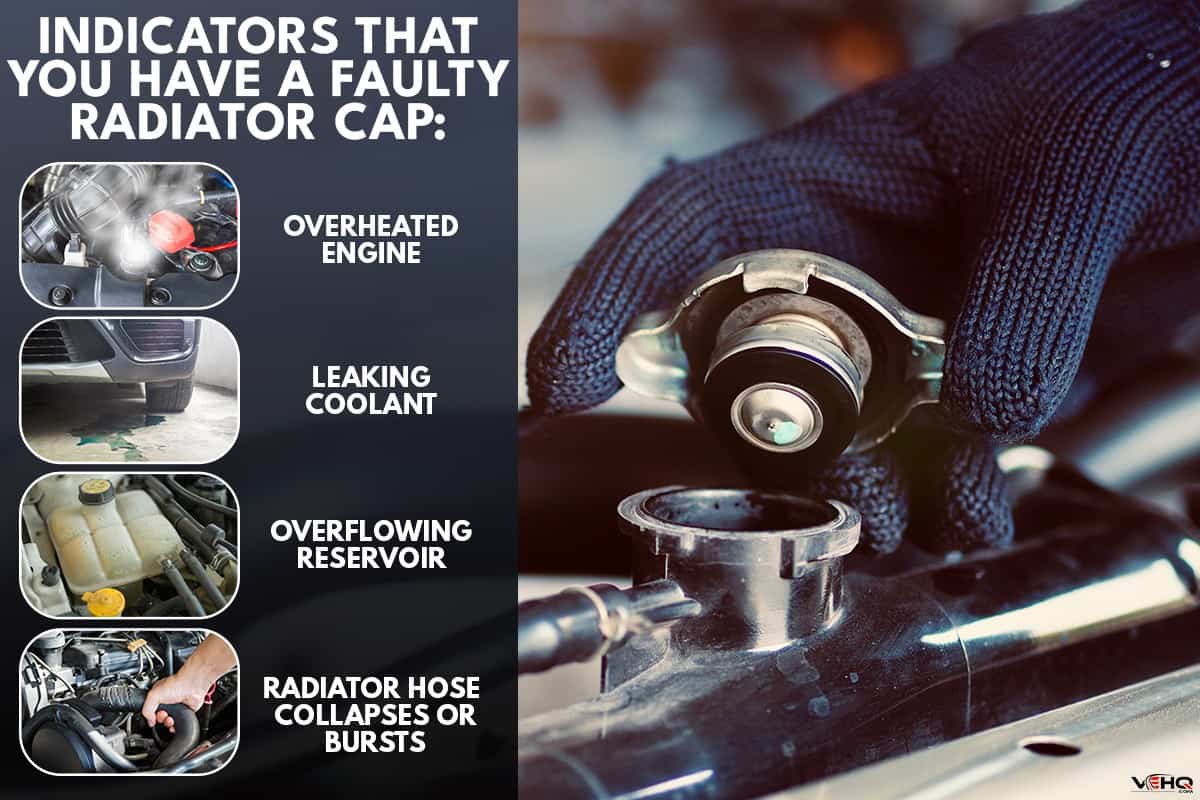 Failing radiator caps that can't hold enough pressure lower the boiling point of the cooling liquid, resulting in insufficient heat absorption from the vehicle engine. Because the radiator cap is ineffective, air pockets in the coolant can cause an engine to overheat.

Overheating engines harm various car parts, causing extensive damage to the vehicle. If you notice your engine overheating, you must immediately stop driving. To avoid injury, allow your car to cool before checking under the hood.

Coolant pooling underneath your vehicle is the most visible sign that something is wrong. Your vehicle's cooling system is a sealed system, which means whatever is put in should remain in.

If your vehicle has a coolant leak, you should look into it further because the problem could be with your radiator cap.

When the coolant reaches a certain temperature, it produces enough pressure to open the radiator cap pressure valve, allowing the coolant to return to the reservoir.

However, if the radiator cap isn't functioning properly, it can send too much fluid back to the reservoir, causing coolant to leak out of the overflow hose.

Internal pressure changes can cause hose tearing or warping. When the pressure drops too low, a vacuum effect occurs, causing one or more hoses to collapse. Overpressurization can also cause line cracks.

Check that none of the hoses are hard or spongy when inspecting the cooling system. Spongy hoses are susceptible to collapse, whereas hard hoses are brittle and can only withstand so much abuse before cracking under pressure.

What Are The Signs Of A Bad Head Gasket? 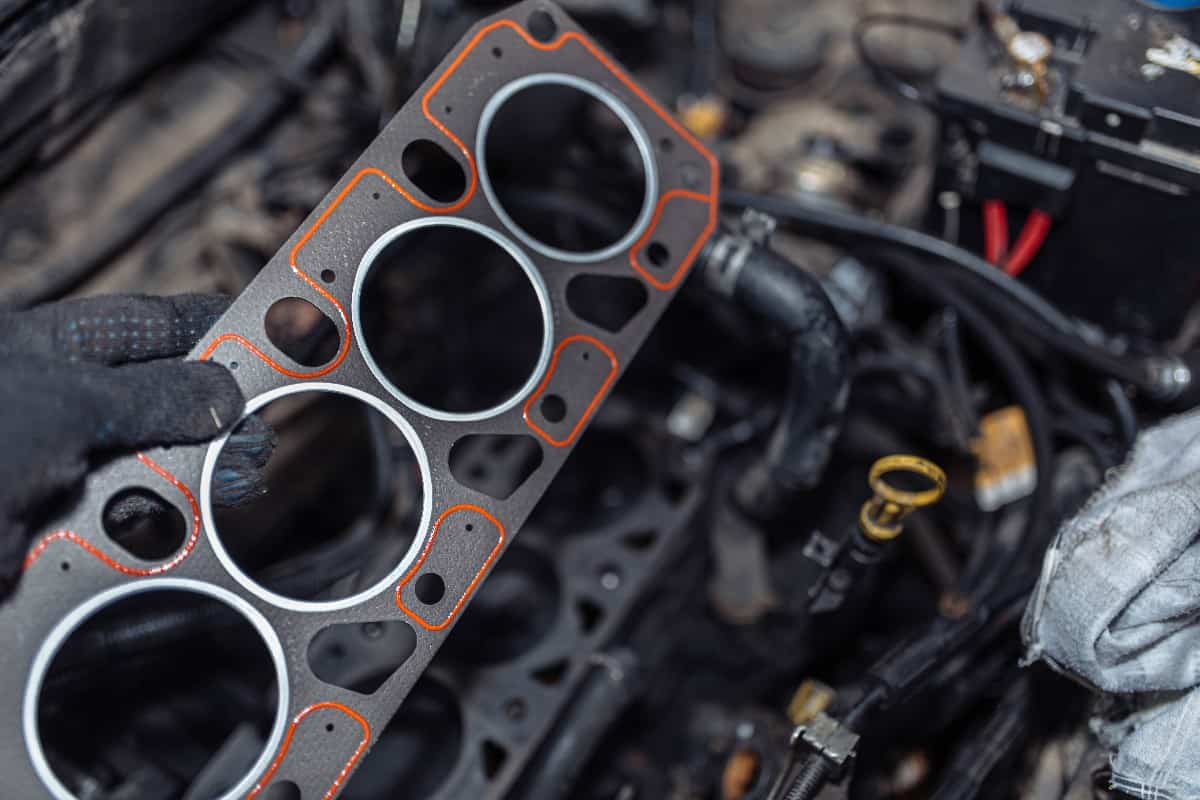 The purpose of the head gasket is to seal the combustion chamber of the engine. This allows the engine to maintain power by producing the necessary pressure.

This component also prevents coolant leakage, which keeps the engine from overheating.

The following are the most common symptoms of a faulty head gasket:

The most common symptom of a failing head gasket is an engine that constantly overheats. When a head gasket fails, the engine has to work harder to generate power.

A blown head gasket can also cause your vehicle to lose coolant, causing the engine cooling system to underperform and exacerbating the overheating situation.

When a head gasket fails, a milky, sludge-like substance appears on the oil filler cap or dipstick. It has the appearance of a milkshake and occurs as a result of coolant leaking into the oil or vice versa.

While this could indicate something other than a blown head gasket, it's a pretty good indicator that your engine needs to be disassembled.

You should never drive with oil contamination because it will damage the engine bearings. A complete oil flush, replacement of the oil filter, and removal of the engine's bottom to check the bearings are all common repairs.

Since engine coolant is mostly water, when it is burned in the engine, water vapor emerges from the tailpipe as visible white smoke. This indicates that the engine is consuming coolant as a result of a leaking head gasket.

If coolant is not being consumed in the engine but the coolant level remains severely low, check for a leak within the cooling system or leaking around the engine on the outside, where the engine block meets the cylinder head.

Your vehicle may be subjected to a compression leak test to determine whether or not it has a head gasket leak. If you notice combustion gases mixing with your engine oil, it's a sign that your head gasket has failed internally.

How Does A Head Gasket Work In A Car? 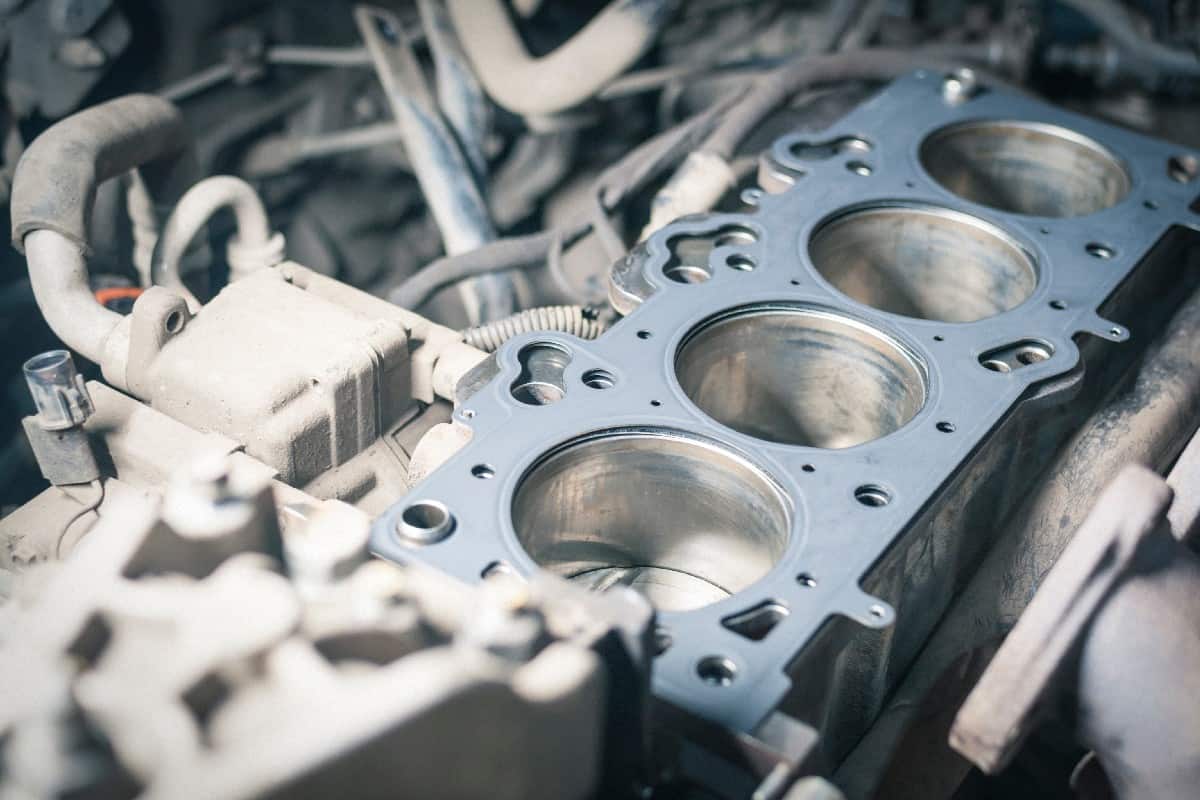 The head gasket ensures that the compression created by the ignition of the air-fuel mixture stays inside the combustion chamber. This allows your engine to run properly, producing enough power for the car to move forward.

Furthermore, the head gasket prevents coolant or engine oil from leaking into the cylinders, ensuring that your engine runs properly and does not overheat.

The correct operation of your engine depends on these two fluids not leaking or mixing at the cylinder head/engine block interface.

How Does A Radiator Cap Work In A Car? 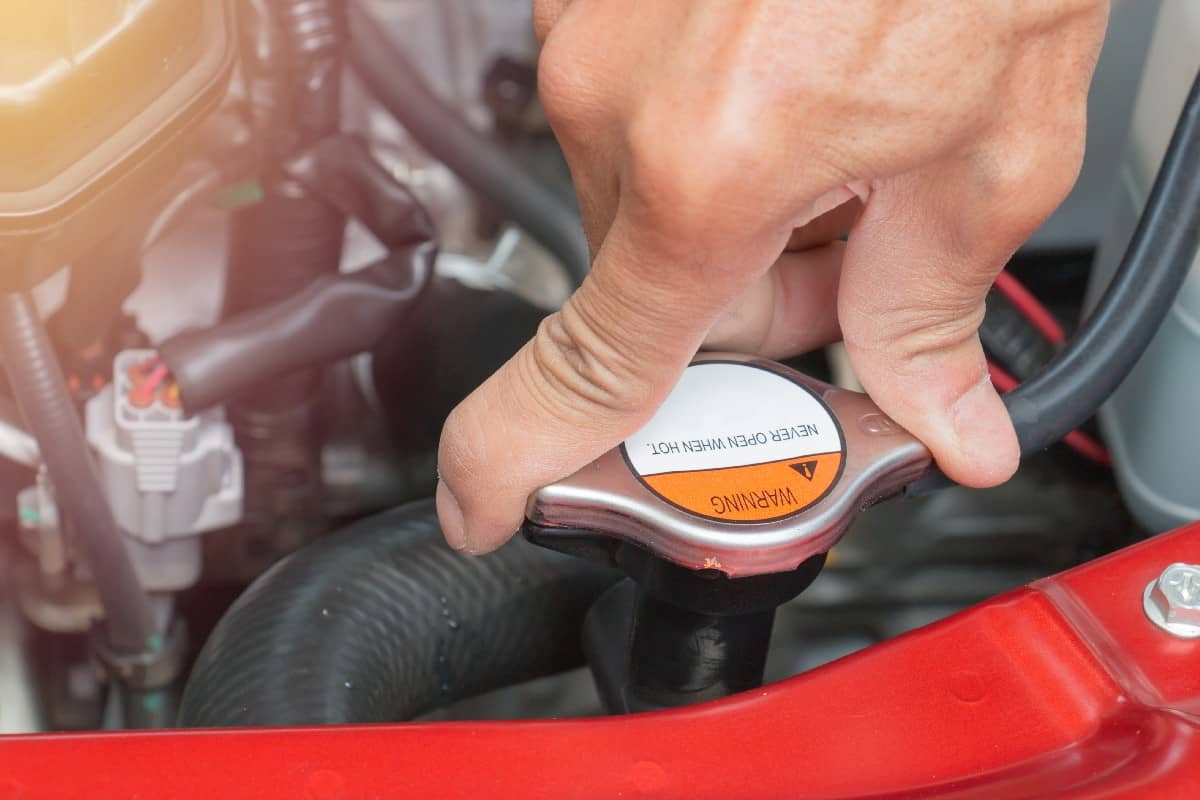 Whenever the pressure reaches its maximum, the release valve on the cap opens, allowing heat to escape. Even the smallest components must be in good working order for your cooling system to run smoothly.

What Happens If You Drive a Car With a Blown Head Gasket and a Bad Radiator Cap? 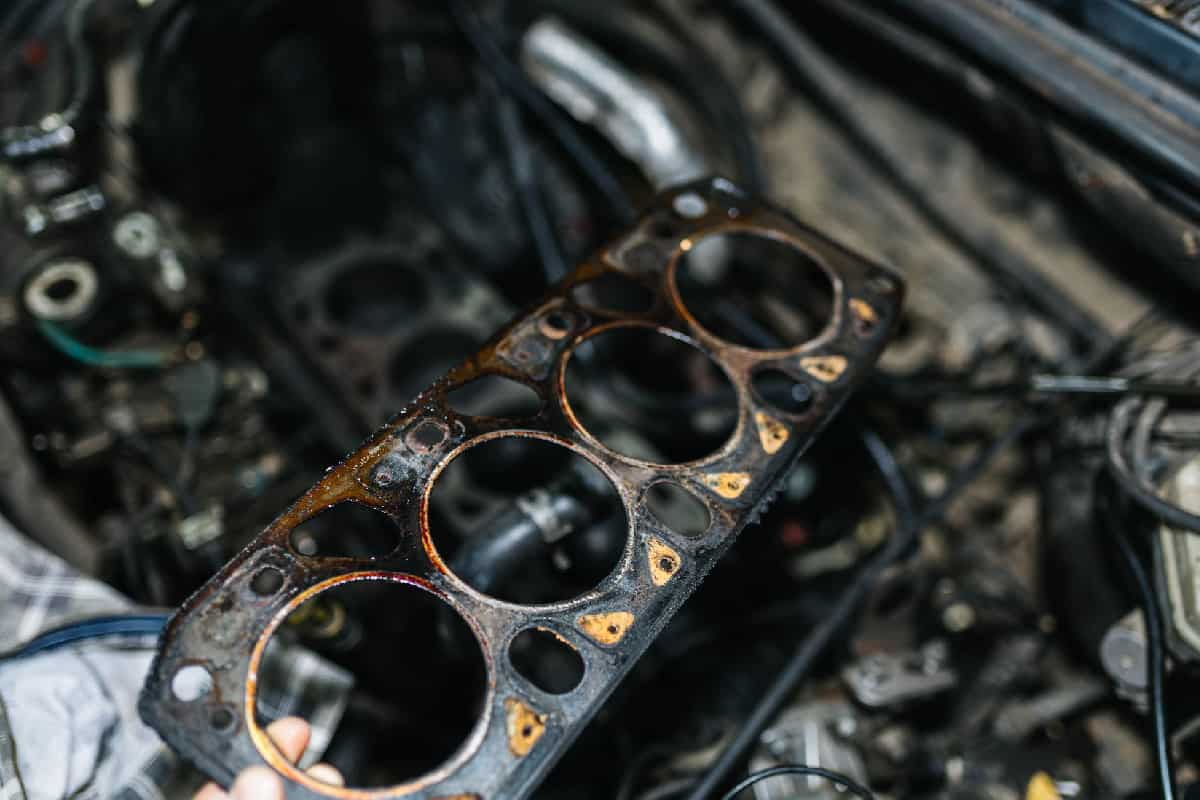 You should not drive if your head gasket has blown. The head gasket separates the cylinder head and engine block.

When this seal fails, coolant leaks into the engine block. This can lead to internal engine malfunctions and overheating.

How Often Should You Replace Your Radiator Cap?

The radiator cap on a car can last long periods of time. However, certain conditions can prematurely deteriorate a radiator cap. Among these conditions are:

Several environmental factors, such as high humidity and salinity in coastal areas, make vehicle parts rusty. Metal parts rust in cold and snowy climates, causing them to wear out faster.

Common Damages Found Under The Hood

You will have a difficult time preventing several damages. Such damages include oxidation caused by rainwater and salt that seep beneath the hood cover during precipitation or when you wash your car.

We recommend that you inspect your radiator cap once or twice a year because it is a critical component of the cooling system. To avoid further damage, repair or replace them as soon as possible. 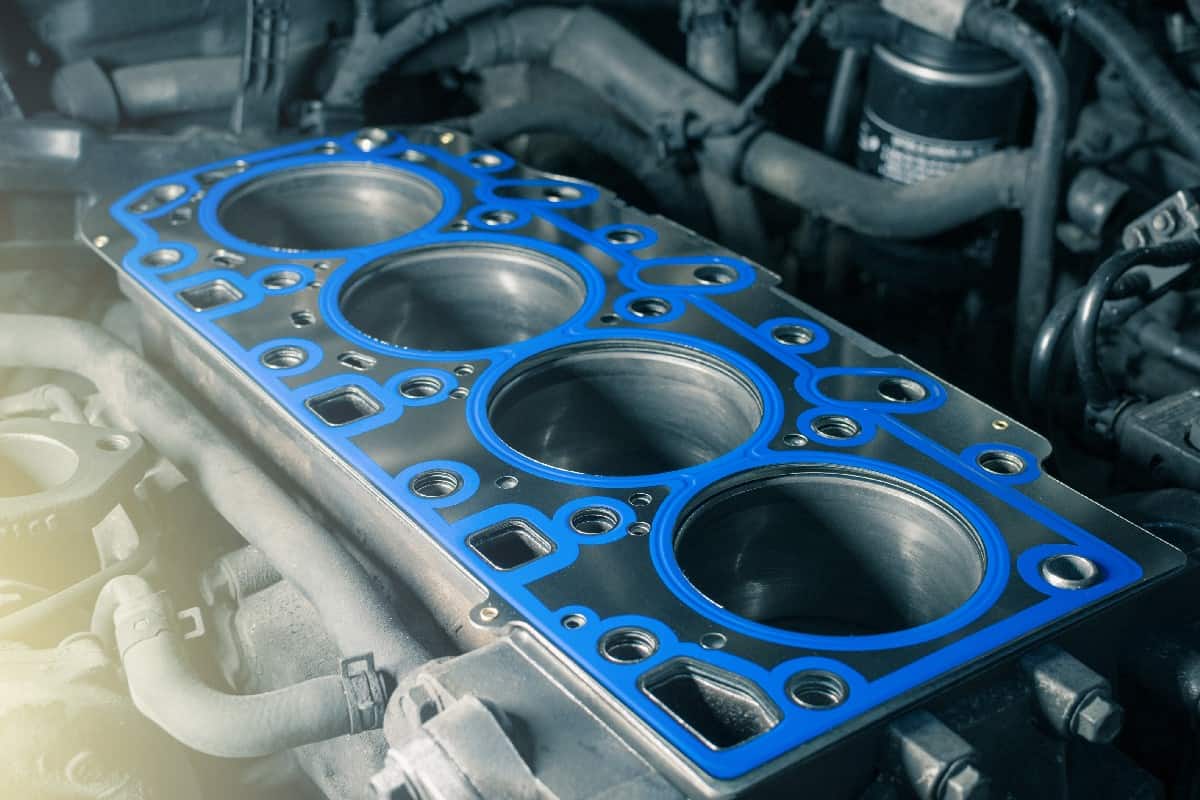 Leaks caused by a blown head gasket can be quickly repaired with head gasket sealers. For instance, you're driving down the highway in the middle of nowhere with no gas stations in sight, just miles and miles of tarmac, and your head gasket blows.

All you need in this situation is a head gasket sealer. It will stop any leaks and keep the engine from knocking if applied correctly.

Knowing when to replace your radiator cap and head gasket will help you avoid future engine system problems and provide an immediate solution if your engine overheats or coolant leaks all over your driveway.

If you notice any of these symptoms of a bad radiator cap or blown head gasket, inspect for visible damage or replace it right away to see if the problem has been resolved.

To avoid engine problems, have your vehicle checked and maintained on a regular basis. If you suspect a bad radiator cap or a blown head gasket, don't put it off.

Where Are Head Gaskets Located In Your Vehicle?

Can You Replace A Head Gasket Without Removing The Engine?