Knowing what kind of oil to use for your Subaru Forester can be confusing. This is because there are so many different types and brands on the market, and each one claims to be the best. So let's look at Subaru's recommendations as to the best oil for Foresters.

Depending on if you have a turbo or non-turbo engine, Subaru recommends different types of oil. For turbocharged Foresters, they recommend using a Subaru Synthetic motor oil 5W-30.

For non-turbo Foresters, you should use Subaru Syntethic motor oil 0W-20.

This article will discuss why turbocharged and non-turbocharged Foresters require different types of oil and the benefits of using synthetic oil. Additionally, we will answer other frequently asked questions about the Subaru Forester maintenance schedule, so read on! 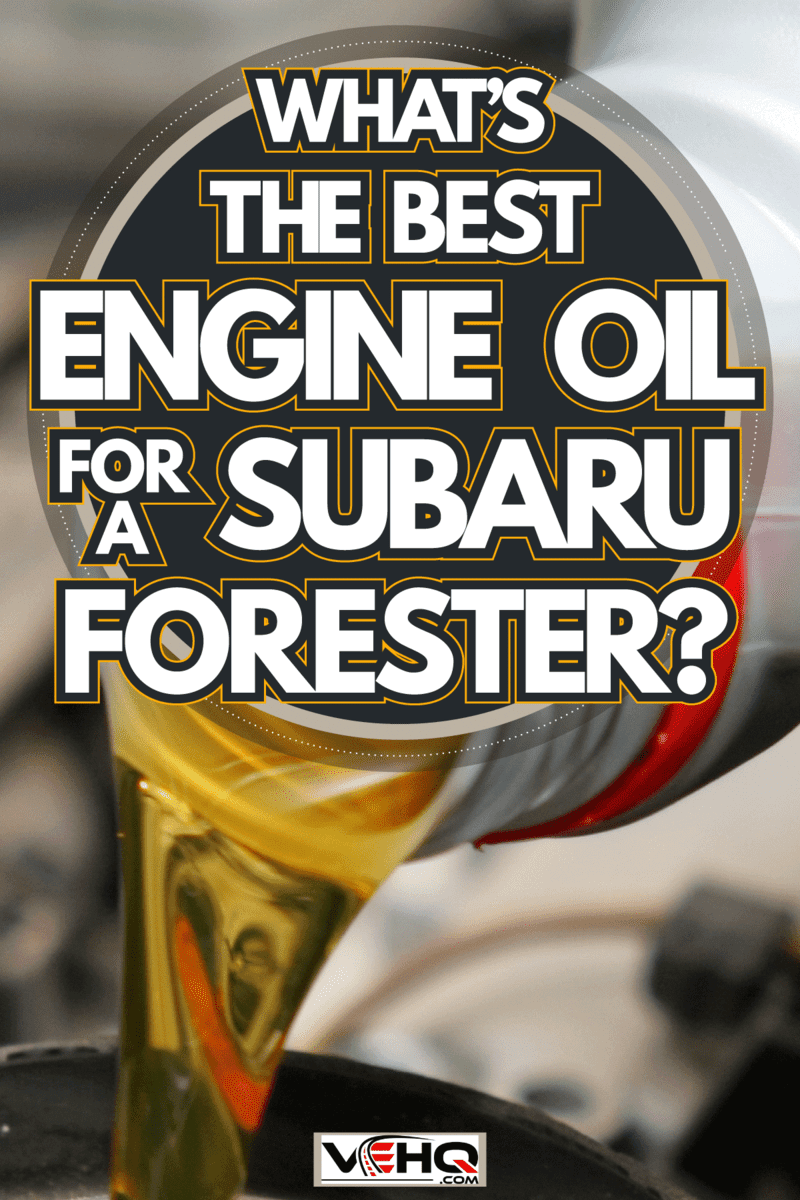 What Type Of Oil Should I Use For My Subaru Forester?

The Subaru Forester is a popular compact SUV that has been on the market since the late 1990s. It's known for its reliability and off-road capability. The Forester comes with either a turbocharged or non-turbocharged engine depending on the model year.

So why does Subaru recommend different types of oil for turbocharged and non-turbocharged engines?

The main difference between turbocharged and non-turbocharged engines is the boost created by the turbocharger. This boost increases the engine's power and performance and produces more heat. 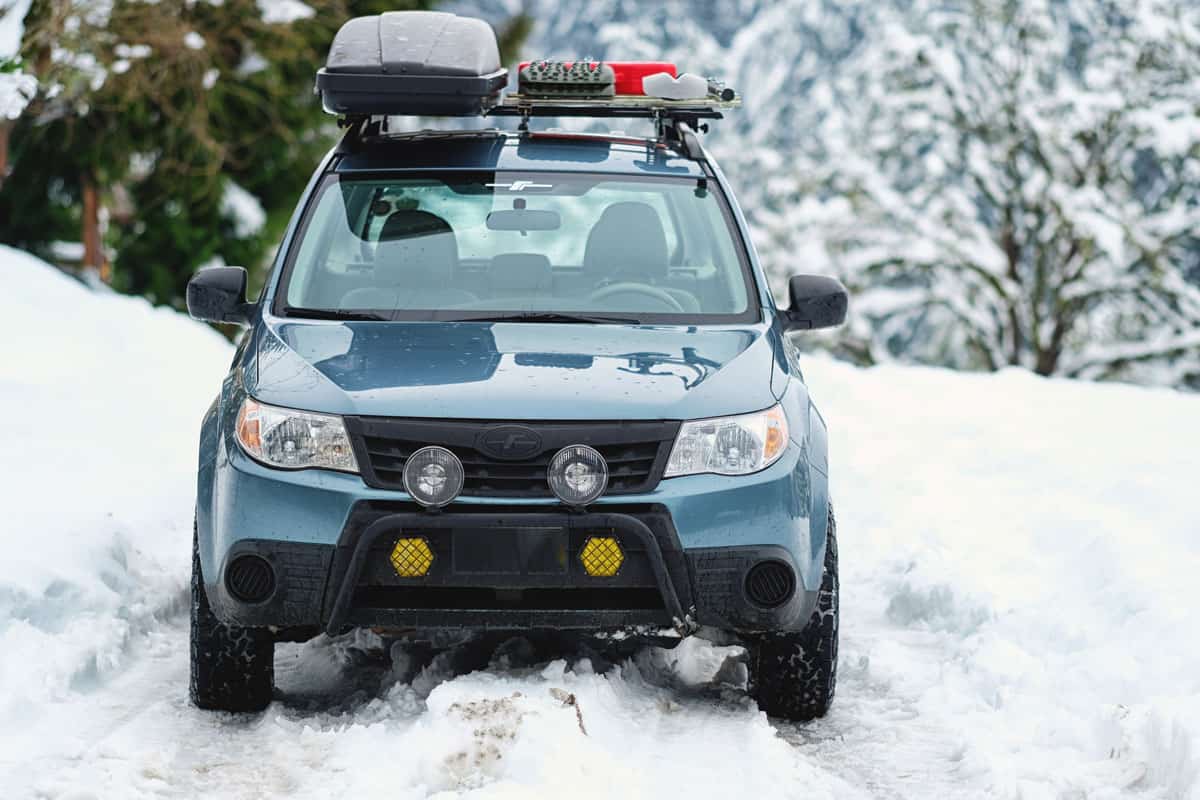 Turbocharged engines require oil with a higher viscosity (thicker consistency) to deal with this increased heat. This thicker oil can better withstand high temperatures and protect the engine from wear and tear.

However, non-turbocharged engines don't produce as much heat, so they don't require oil with a high viscosity.

It is better not to veer away from the types of oil that Subaru recommends. By using the recommended oil, you're ensuring that your Forester will perform at its best.

Can I Use Conventional Oil In A Subaru Forester?

Conventional oil is made from crude oil that has been refined. On the other hand, synthetic oil is artificial and designed to meet certain specifications.

Synthetic oil outperforms conventional oil in many ways. For example, it has a higher viscosity, which means it can better withstand high temperatures. It also doesn't break down as easily, so it lasts longer.

In short, synthetic oil is better for your Subaru Forester and will keep it running smoothly for longer.

How Often Should You Change A Subaru Forester's Oil?

Subaru recommends doing a synthetic oil change every 7,500-10,000 miles. So even if you don't put on that many miles on your Forester, you should still change the oil at least once a year.

The reason being is that oil degrades over time, even if the Forester isn't being driven. If you live in a hot climate, the oil will degrade even faster.

So if your Subaru Forester is mainly used as an extra vehicle or for short trips, it's still important to change it. In addition, it is good to start the car every so often to let the oil circulate. 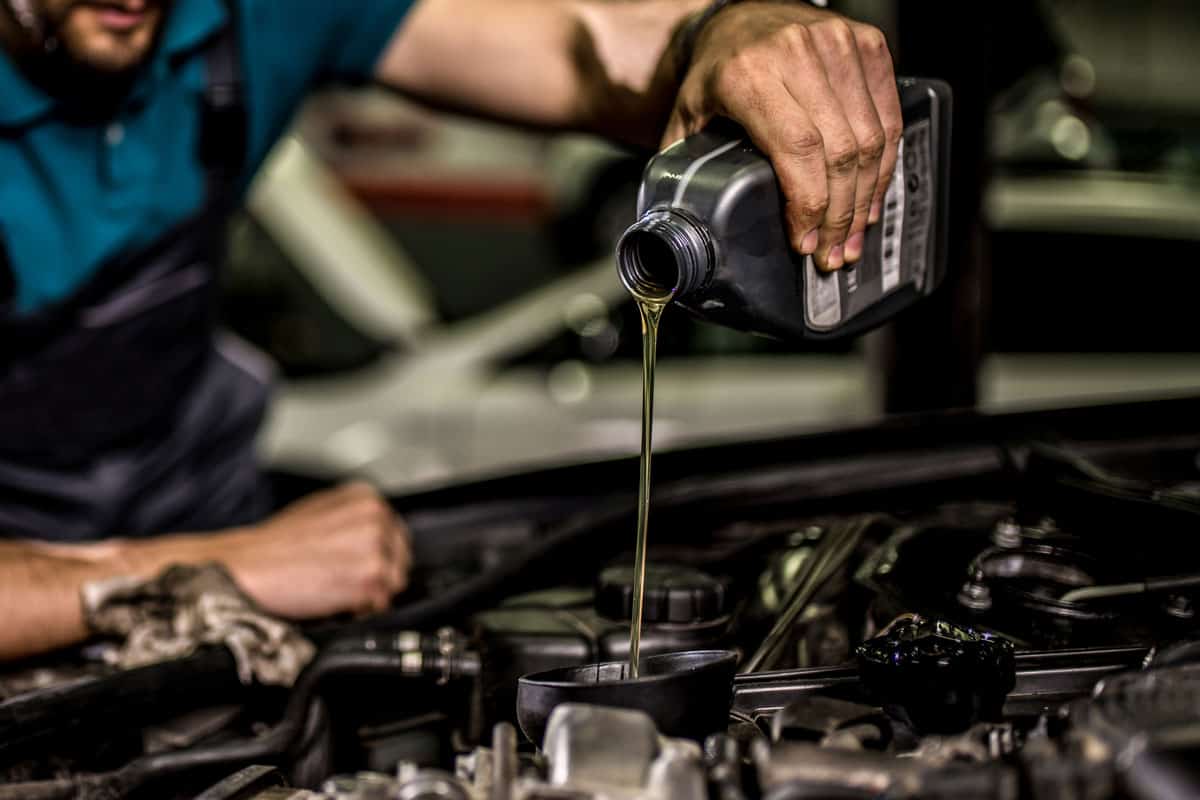 Can I Change A Subaru Forester's Oil Myself?

You can change your Subaru Foresters oil yourself, even under the manufacturer's warranty. However, if you cause any damage while doing so, you will void the warranty.

It is generally recommended to take your Forester to a dealership or qualified mechanic to get the oil changed. They will have the proper equipment and knowledge to do it without damaging your vehicle.

If you want to change the oil yourself, follow these steps:

One thing to mention, you can dispose of the old oil at most auto parts stores.

Why Does My Subaru Forester Smell Like Burning Oil? 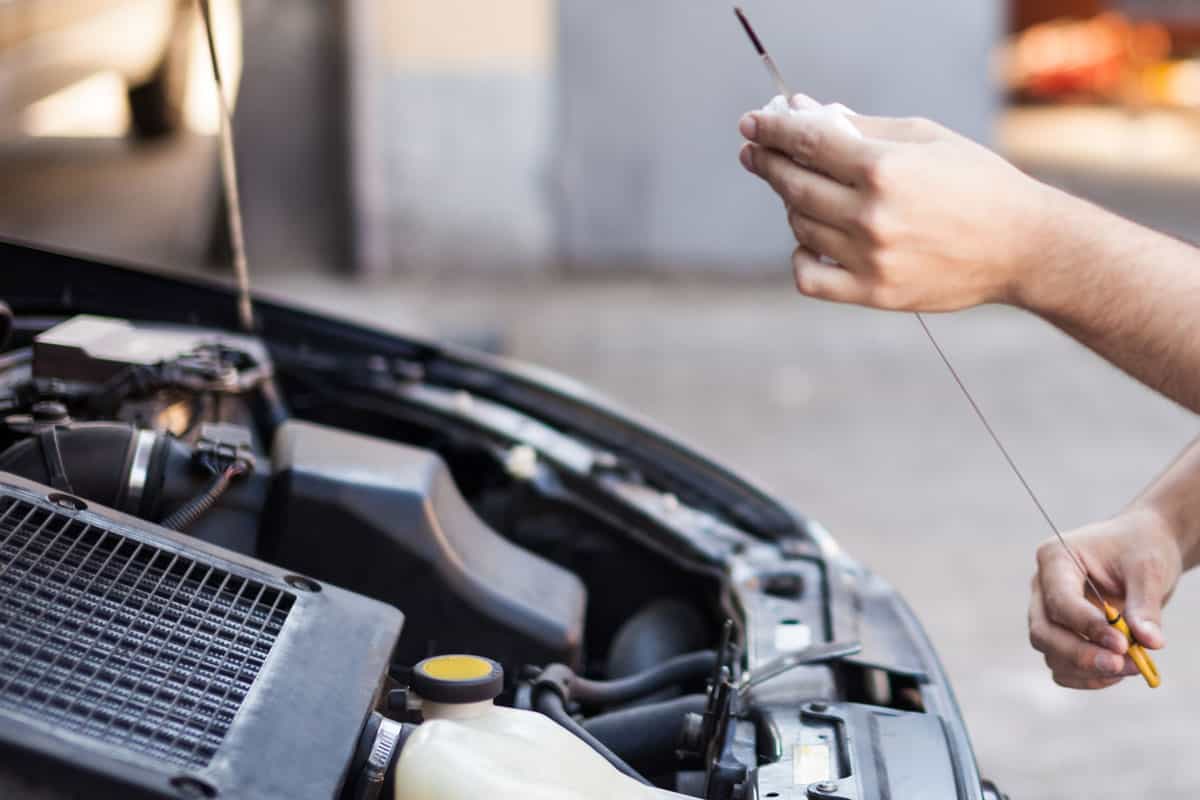 If your Forester smells like burning oil, it could be due to a few different things.

One possibility is that the oil leaks onto the hot engine and burns off. This is usually due to a faulty gasket or seal.

Another possibility is that the oil level is low, and the engine is running dry. This can cause severe damage to the engine, so it's essential to check the oil level as soon as possible.

If you smell burning oil, stop driving and pull over to the side of the road. Once safely parked, turn off the engine and check the oil level. If it's low, add more oil until it reaches the full line.

When you add the oil, check for any leaks. If you see any, it's best to take your Forester to a mechanic and have it checked out.

Why Is My Subaru Forester Leaking Oil?

As your Subaru Forester gets old, the seals and gaskets can start to wear out. This can cause oil to leak from the engine. Another possibility is that the oil drain plug is not tightened correctly, which can also cause oil to leak.

To fix some of these seals, you will have to take apart the engine, which is complex and expensive.

You are better off taking your Subura to a certified Subaru mechanic in these situations. Due to their engine complexity, it is not recommended that you try to fix the problem yourself.

The Subaru mechanic will be able to give you the best course of action. Sometimes, it may be better to part ways with your Forester and get a new one.

Do You Need To Change The Filter Every Oil Change?

Yes, it is generally recommended that you replace the oil filter with every oil change.

The oil filter traps impurities and contaminants from the engine oil, and over time it can become clogged. If this happens, the oil will not flow properly and will not be able to do its job of lubricating the engine.

If you don't change the filter, the contaminants will eventually make their way into the engine and cause damage. Additionally, you risk fuel filter clogging, leading to engine problems.

So, to avoid all of these potential problems, it is best to replace the filter with every oil change. 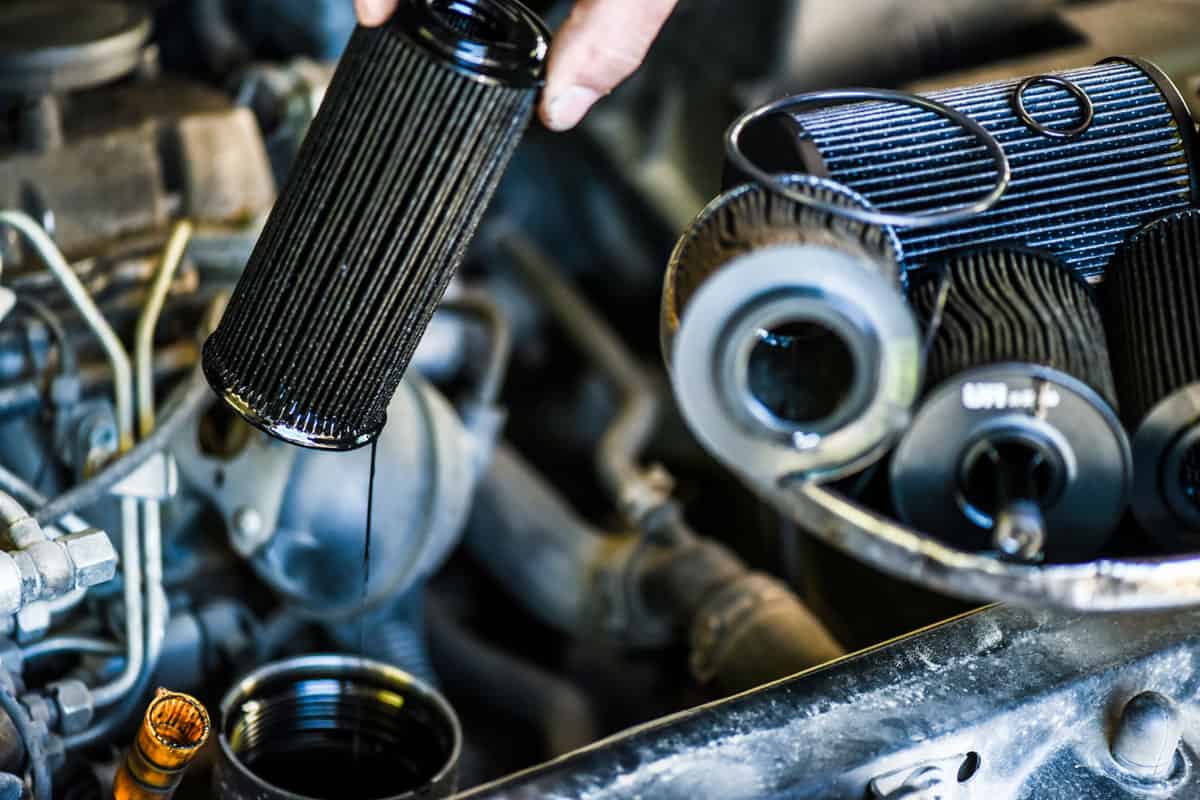 Can You Add New Oil To Old Oil?

As long as you add the same type of oil to your vehicle, you can mix new and old oil.

However, it is generally not recommended to do this. The reason is that over time, the engine oil breaks down and becomes less effective.

So, if you are adding new oil to old oil, you are essentially diluting the new oil and its effectiveness. Typically, the only time you should do this is to get you by until you can make it to an oil change.

It is best to add the new oil and get rid of the old oil. Adding new oil to old oil does not count as an oil change. Moreover, you should still change the oil at the recommended interval, even if you have added new oil to old oil. 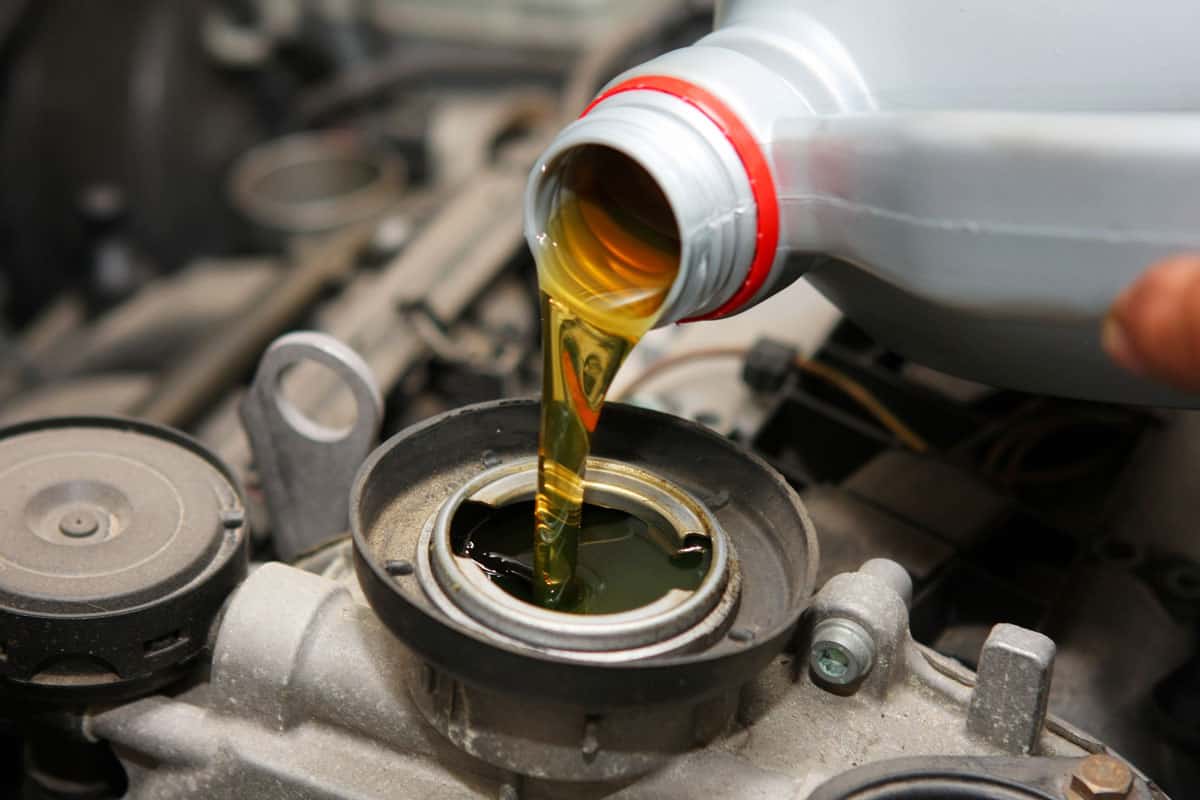 Subaru Foresters are great cars, but they require regular maintenance like all cars. One of the most important things you can do for your Forester is regularly changing the oil. Not only that but using the correct oil and filter is essential.

If you have any questions about which oil or filter to use, consult your owner's manual or take your Forester to a certified Subaru mechanic.

Can You Flat Tow A Subaru? [Everything You Need To Know]

What Are The Best Tires For A Subaru Forester?

Is A Subaru Outback Good In Snow?