The Honda Ridgeline is not made to be towed by a motorhome or flat towed under any circumstances. Flat towing the truck will severely damage the transmission. Flat towing will void the warranty, so you’ll have to pay out of pocket for any repairs. The trim, engine, and other customizations you choose have no effect on whether you can flat tow your Ridgeline.

The owner’s manual calls flat towing “improper” which suggests that Honda doesn’t approve of flat towing in general. If you’re wondering why the Ridgeline isn’t flat tow capable, don’t worry, we’ll go over that. We'll also cover flat towing basics, how it can damage your car, and what vehicles are great for flat towing. So be sure to keep reading. 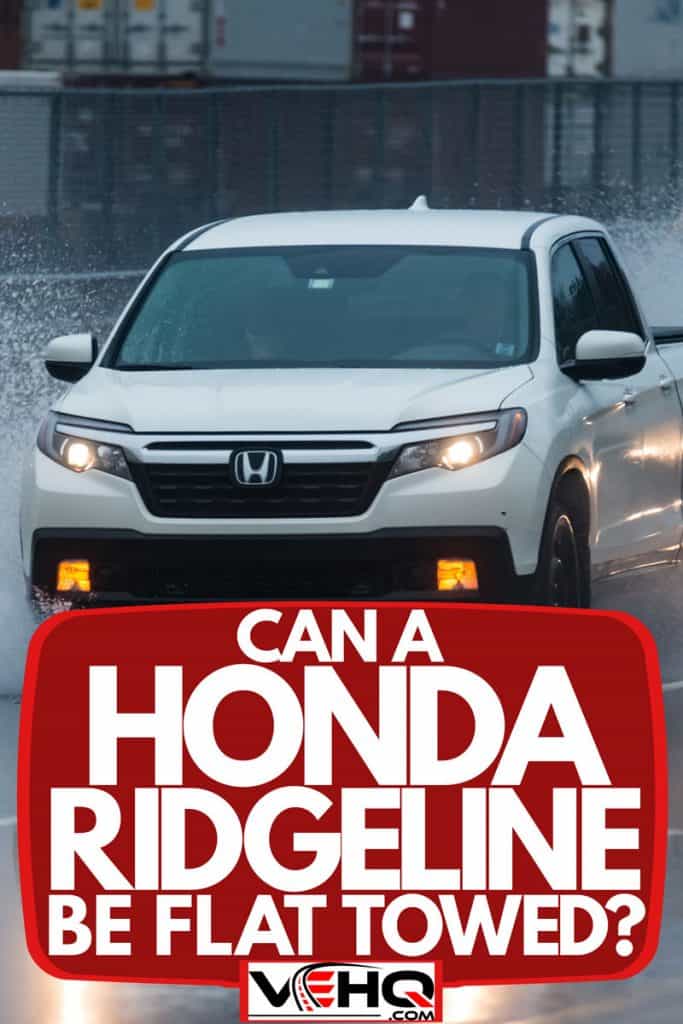 Why Does Flat Towing Damage the Transmission of The Ridgeline?

The Honda Ridgeline can’t be flat towed because the transmission can't function while the truck is turned off. The transmission can include electronic systems, software, and other functions that won't work unless the engine is running. Attempting to flat tow this vehicle would end very poorly.

The Ridgeline’s bumpers also weren’t made to support the vehicle’s weight. As a result, flat towing your Ridgeline can be dangerous and costly.

What Is Flat Towing? 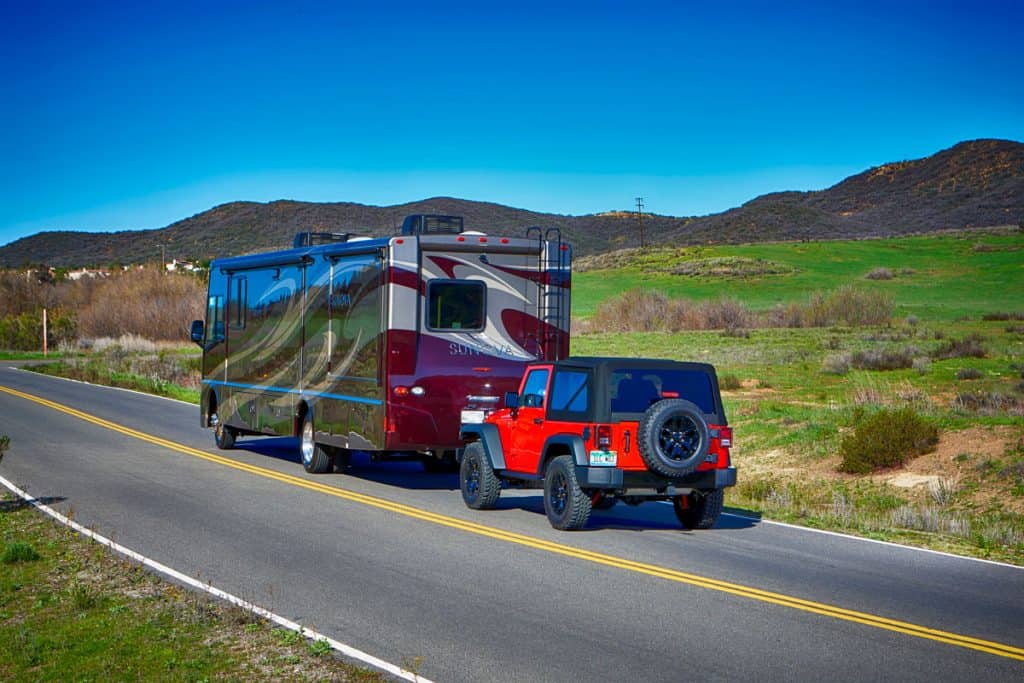 Flat towing (also called four-down towing or dinghy towing) involves attaching a vehicle behind an RV or other vehicle and towing said vehicle with all four of its wheels in contact with the road. You’ll often see vehicles flat towed behind motorhomes or moving trucks. Flat towing can be convenient for movers who don’t want to make an additional trip for their car, or for vacationers who might want to see nearby sites without uprooting their campsite.

Flat towing requires four-wheel drive since all four tires will be spinning on the road. Good vehicles for flat towing were a lot easier to find back in the good ‘ole days (the mid-2000s or earlier), but now they’re a rarity in the market.

When transmissions were mostly mechanical, you could temporarily disconnect them from the drivetrain or activate a mode that allowed them to be flat towed without the engine running. Some models required you to stop every so often and run the engine to reapply transmission fluid so the parts wouldn’t lock up. Flat tow capabilities were common in four-wheel drive cars with manual transmissions, which are also harder to find nowadays.

Different engines, drives, transmissions, and model years can affect what towing methods you can use and how to do it safely. For example, we found that the 2000 model year of Honda CR-V has flat tow capabilities, but you can’t exceed 65mph while flat towing it without damaging the transmission. The 2014 CR-V (which can be flat towed) doesn’t have this stipulation. 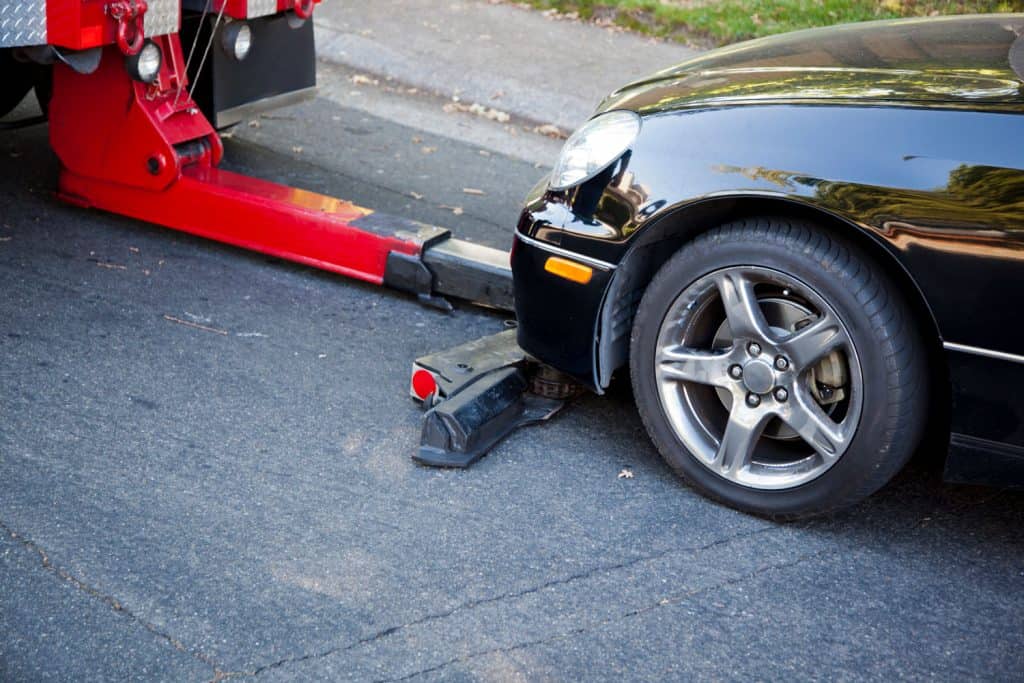 Most modern vehicles have some sort of electronic system (if not multiple) connected to the transmission and drivetrain. Automatic transmissions will often have software tied to the system, not to mention the plethora of safety features that can take control of your car and apply brakes or traction control. In exchange, your car usually needs to have the engine running for the entire system to run properly while on the move.

Select models will allow you to leave your car keys turned to “accessory” in the ignition, which allows some electronic-based systems to unlock for flat towing. Unfortunately, this feature remains rare among the majority of vehicles now offered on the market. Mixing electronic systems and flat towing isn’t impossible, but it seems like most companies aren’t bothering to make modern vehicles with flat towing in mind.

Are There Any Electric Vehicles That Can Flat Tow?

No, there isn’t a single all-electric car on the market that you can flat tow right now. For the most part, that extends to vehicles sporting a hybrid engine as well. There are two exceptions: the hybrid versions Ford Fusion and Ford C-Max Energi are listed as the only hybrid vehicles where flat towing them will not void the warranty.

Beyond those two Fords, it seems like manufacturers haven’t made any moves to include flat towing in the plans for new hybrid models.

What Other Ways Can You Tow A Honda Ridgeline?

The manual approves of using a tow truck’s pivoting arms to lift the Ridgeline’s front tires and tow it with the rear tires in contact with the road. While this suggests that you can dolly tow a two-wheel-drive Ridgeline in general, the manual only addresses it as a solution in emergencies.

Dolly towing for short distances might be fine, but long or extended trips might damage the transmission. Just in case, we recommend asking your local dealership or mechanic about dolly towing your Ridgeline before you try it.

What Other Midsize Pickup Trucks Can Be Flat Towed?

Not all versions of these two trucks can flat tow, however. You’ll need to look for a Colorado or Canyon that has four-wheel drive with a neutral and four-wheel drive low setting. As always, check the owners’ manual.

If you’d still like a truck that can be flat towed but want something a bit bigger, read our article to find out if the Chevy Silverado is flat tow capable.

What Honda Models Can You Flat Tow?

Any CR-Vs made after the 2014 version are not flat tow capable. Even if your CR-V is older than a 2014 version, you should still check your manual to see if it’s suitable for flat towing and follow the instructions.

Now you know how to tow a Honda Ridgeline and why it can't be flat towed. We doubt that flat towing will disappear, but you'll have to look harder for it in the future. If you already own a Ridgeline or a different model of a pickup truck, check out these six jobs that can earn pickup owners extra cash.