Have you ever experienced running late to work, only to find out that your car's engine won't start? If so, you might have wondered what could be wrong with it and if it could be fixed. Well then, we're here to tell you the answers to those questions after asking experienced mechanics those same questions.

According to professionals, lack of oil is what causes most engine seizures. When this happens, the metal parts inside the engine start grinding against one another, generating a lot of heat which then causes them to essentially fuse. And while it may be possible to fix a seized engine, most mechanics would recommend that you sell the vehicle instead due to the costs involved.

However, other reasons besides a lack of engine oil could cause your engine to seize up. And in this article, we will discuss it with you and more. So, be sure to stick around right until the end. 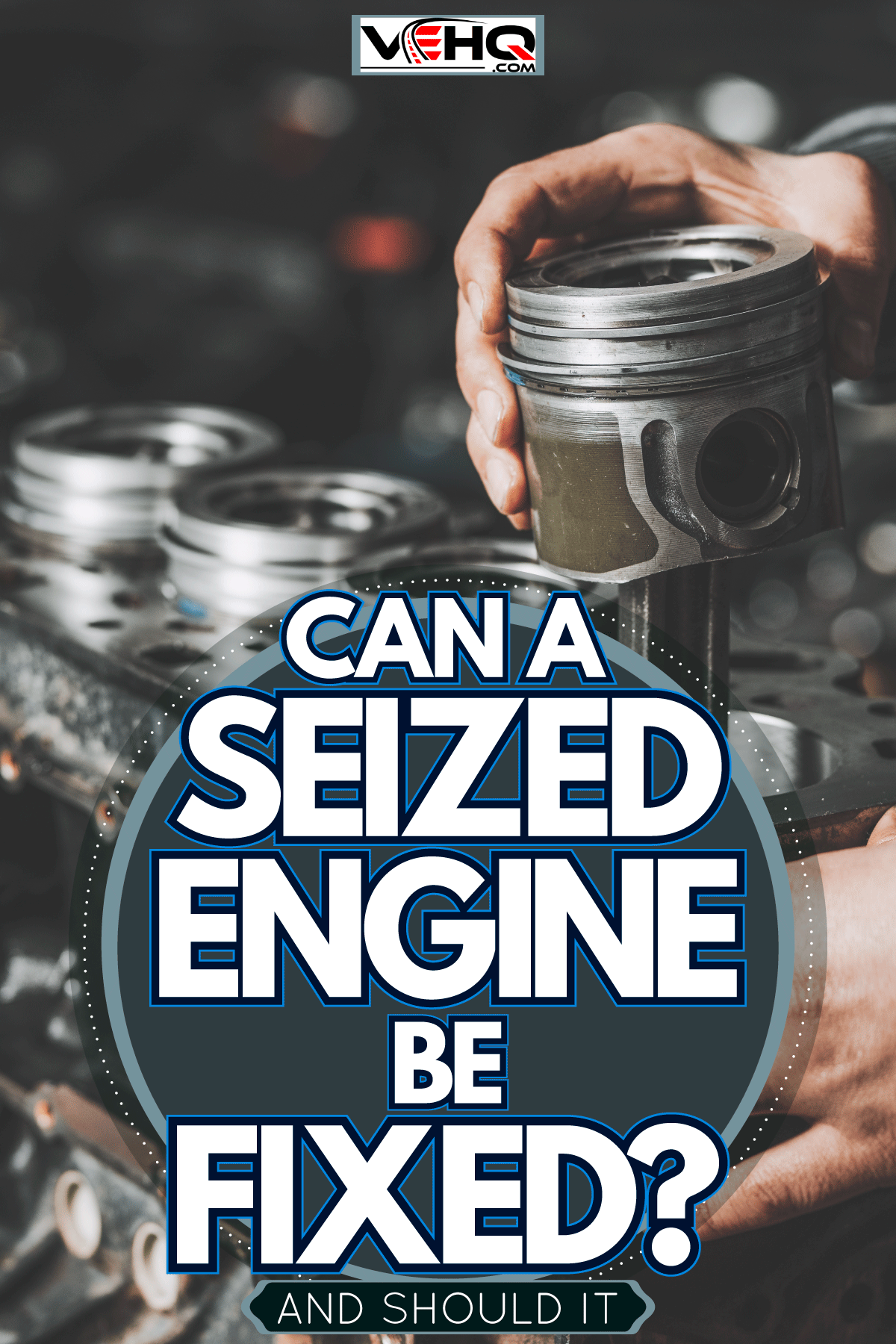 Is It Worth It To Fix A Seized Engine?

It was mentioned earlier, but most mechanics would recommend that you replace your entire engine if it seizes up. The reason is that the cost could equal or significantly exceed the value of your car.

That's why it's best to see a mechanic as soon as possible to determine whether your car's engine is worth fixing. If it only requires a quick fix that won't break your bank, then go ahead. But if the repair cost exceeds your car's market value, you're better off selling your vehicle for the best price possible and replacing it.

Cost To Repair A Seized Engine And, Is It Worth It? 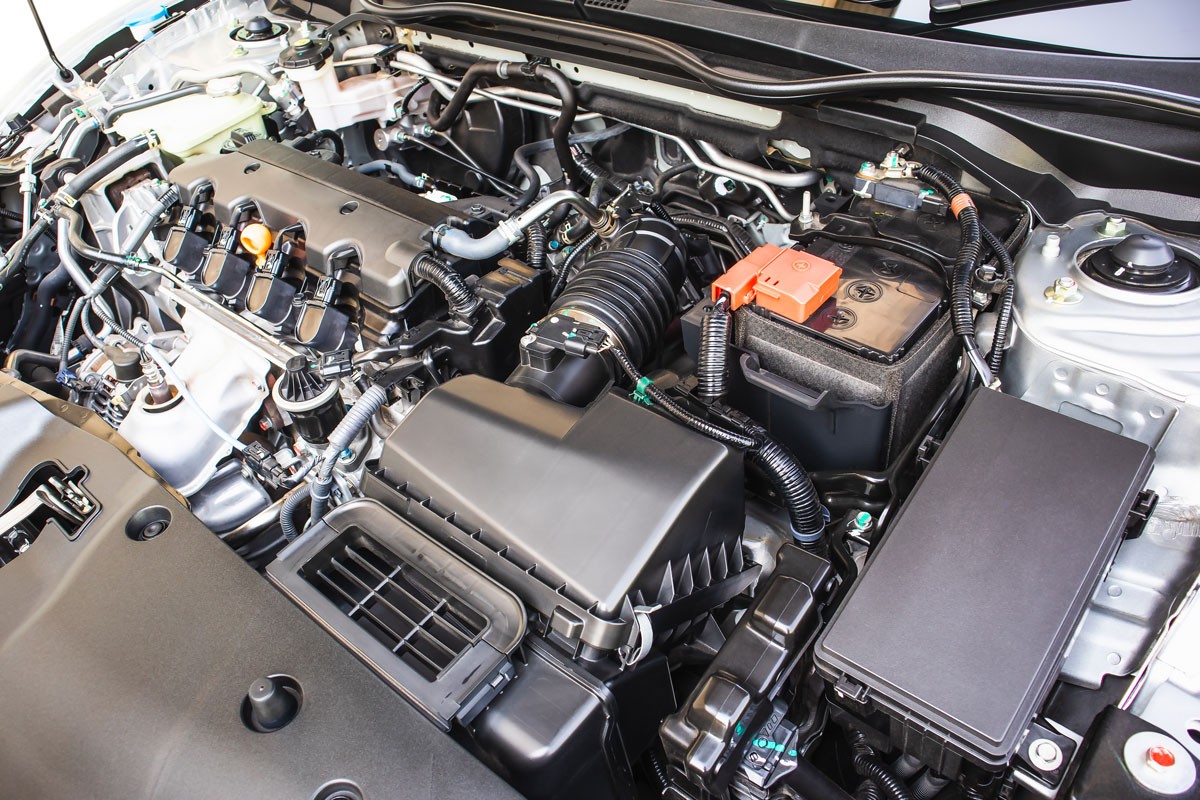 If the cause of your engine trouble is due to a lack of oil, then you'll be able to have it fixed for less than $1,000 at most. However, the price soars when the engine shows any damage.

Potentially, it could cause you anywhere between $2,500 and $5,000 to rebuild an engine. If you're looking for an engine replacement, that price can go even higher, reaching north of $10,000 at times.

So, it's best to weigh your options after hearing the mechanic's diagnosis. If the engine requires a quick fix, then it's worth the price. But if the engine parts or the whole engine needs replacing, save yourself the trouble and buy a new car instead.

What Causes An Engine To Seize Up?

First, we need to know what causes an engine to seize up. After all, diagnosing a car's problems is difficult, and what you're experiencing may not be a seized engine at all.

Earlier, we touched upon how lack of oil can cause your engine to seize up and how it's the most common cause that mechanics run into. But that's just one of the many causes of a seized engine.

Lack of use, overheating, and broken timing belts are some of the possible issues that cause an engine to seize up. They can cause rust to appear in your engine or cause parts of the engine to break off. That's why it's important to regularly bring your car to a maintenance shop yearly to avoid such problems.

Issues That Leads To A Seized Engine 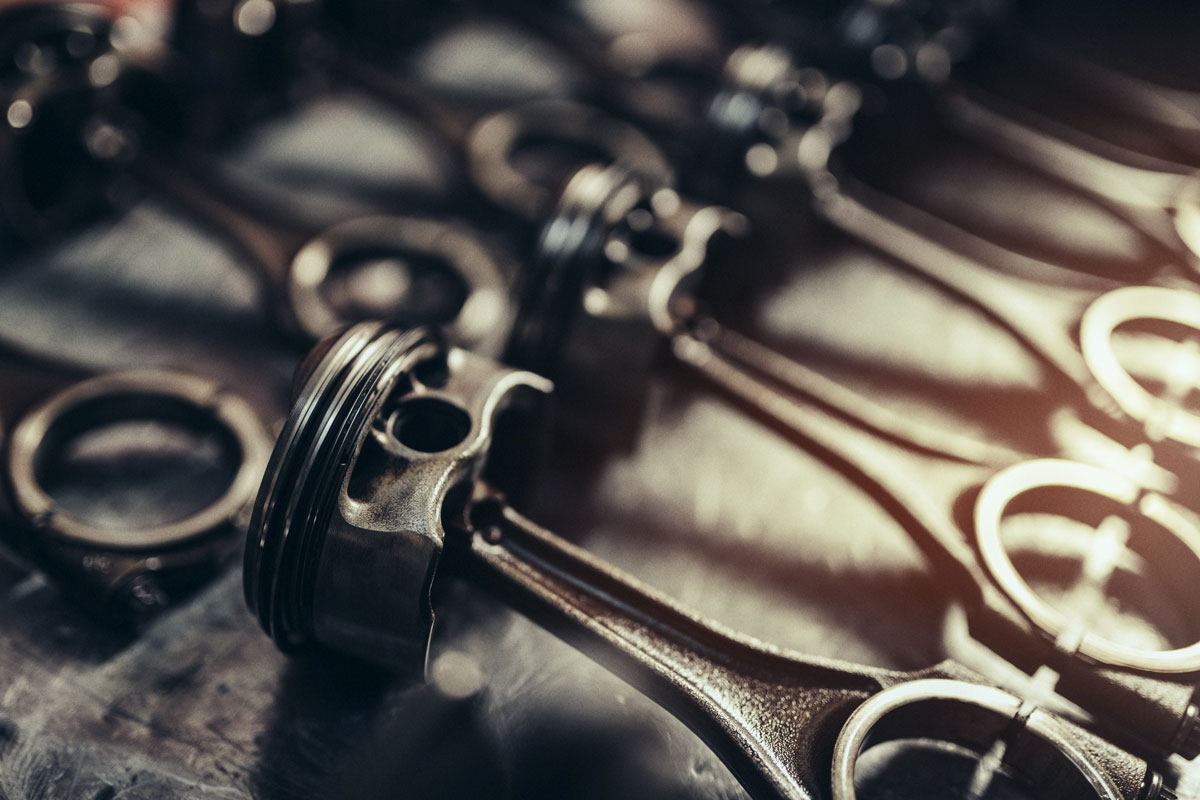 In this section, we will discuss in detail the common causes that lead to a seized engine. Remember, we will only talk about issues that regularly appear when diagnosing a seized engine. So if none of these describes the problem you're experiencing, have a mechanic look at your vehicle.

As stated earlier, a lack of lubricant can cause parts of your engine to rub against one another. This creates a lot of heat, and eventually, that heat will cause different components of your engine to fuse, causing it to seize up and break entirely.

Make sure to check for any leaks, as this is the usual cause that leads to a lack of engine oil. And be sure to regularly change your car's engine oil at least once every year.

Check this engine oil on Amazon.

This is a problem that's most associated with the winter months. During those months, your car is probably sitting idly inside the garage, waiting for spring to come. This leaves your car exposed to corrosion, allowing rust to spread through parts of the engine, especially the pistons.

Those rusted parts won't budge at all, no matter how many times you restart your engine. That's why it's important always to start your car's engine at least once weekly.

This means that water has made its way into your car's engine. The purpose of an engine is to compress fuel and air together into a mixture, not water.

So if enough water gets into your engine's cylinders, it will stop working altogether. Additionally, the presence of water can cause parts of your engine to corrode. That's why always avoid driving into flooded roads.

This is an issue more commonly experienced in older cars that have been left out in the sun for too long. What ends up happening is that the liquid inside the engine turns to vapor due to overheating.

This would cause something similar to hiccups for your car. The engine would suddenly start acting up, stopping and working in intervals until it stopped working entirely. To prevent this, you must park your vehicle in a cool place or with a shade over it.

Check this car cover on Amazon.

This is one issue that you must always try to avoid. For one, overheating causes certain engine parts, like the pistons, to expand. This leads to the cylinder walls surrounding the pistons receiving great stress and damage.

Additionally, overheating can cause you to blow a gasket. And repairing one isn't cheap, adding to the total you need to pay to repair the rest of the engine.

As we have already established earlier, issues with the pistons will eventually cause your engine to fail and seize up. And when the timing belts break off, the loose parts will hit and grind against the pistons, dealing great damage over time.

When you start hearing loud clanking noises from your engine, the pistons are knocking against the loose parts. Have this issue addressed quickly as soon as possible.

Symptoms Of A Seized Engine 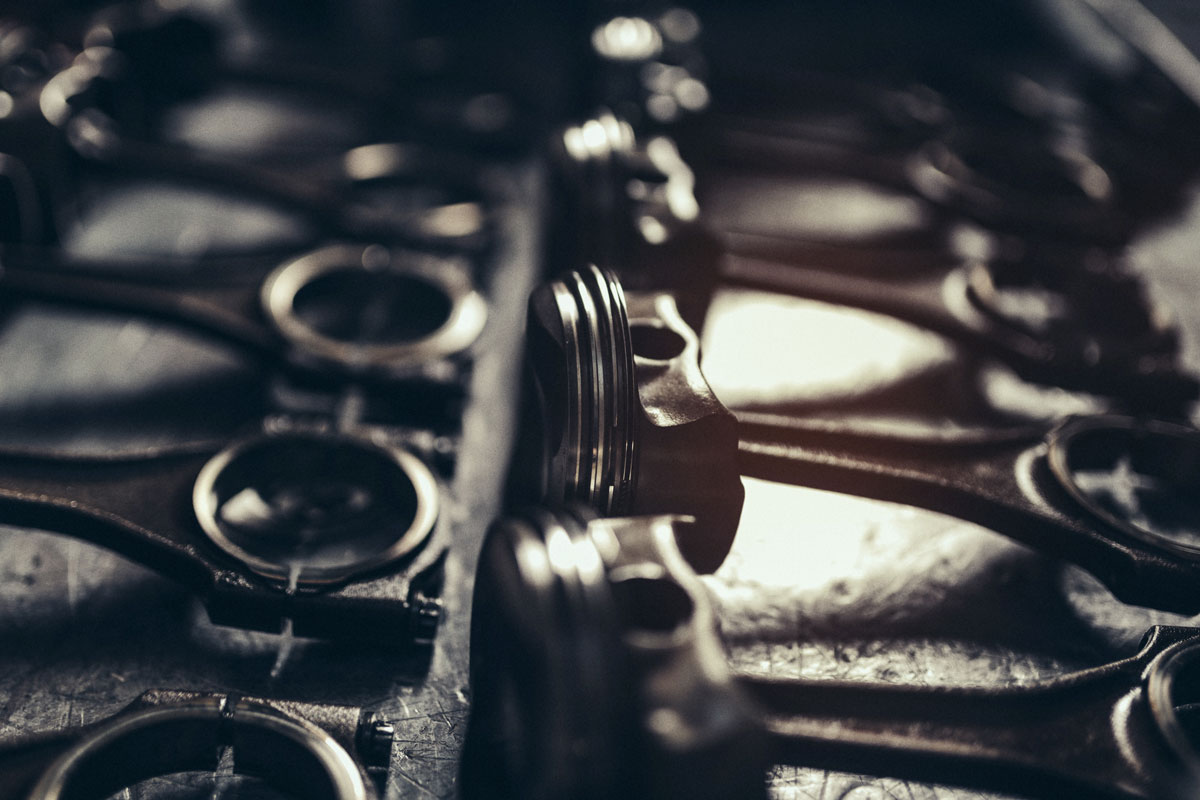 Here, we will discuss how to determine where or not you're experiencing an engine seizure. So if you experience any of these, bring your car to a mechanic immediately to prevent further engine damage.

This usually happens when the pistons are knocked loose, or parts of the engine are starting to grind against one another. When this happens, immediately check your car out, or the noises will get louder.

If ignored, this can cause even greater damage to your engine. Worst, you might get into an accident while you're on the road as the engine would suddenly stop working.

Most cars nowadays have a built-in system that allows them to detect whether or not there's an oil problem in the engine. Either a leak has been detected, or the oil needs to be changed.

Some cars share this feature with the engine light so check if that starts blinking and be sure to inspect the oil pipes as well. Changing your car's oil regularly would prevent this issue.

The strongest sign that a car can give you when the engine is not working does not give you any sign at all. This means that your car won't start or it starts slowing down until or comes to a complete halt. 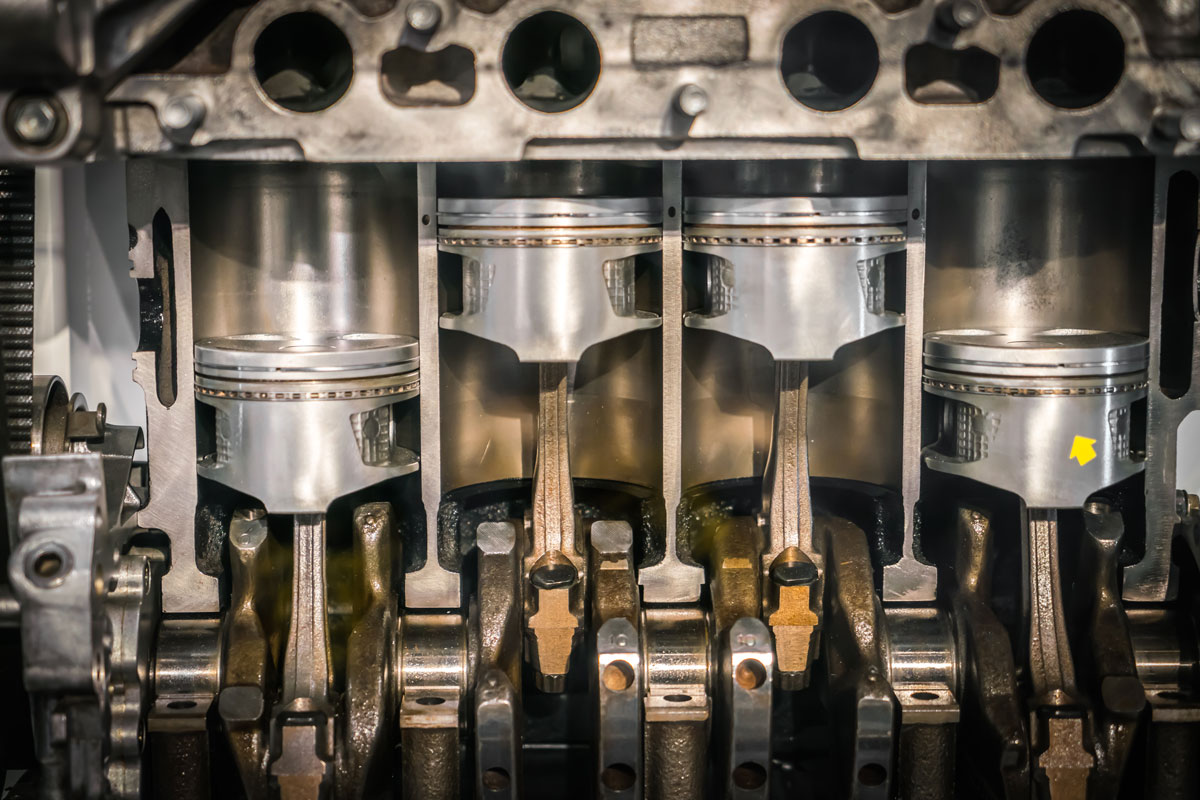 Your best bet to prevent your engine from seizing up is by bringing your car to a shop for maintenance. Most factory models come with a maintenance manual that would keep you up to date on when you should bring your vehicle to an auto shop.

Additionally, be aware of any funny noises and smells. These are the first symptoms that indicate something is wrong with your car's engine. By doing all that, you can prevent yourself from spending a lot of money on repairs. 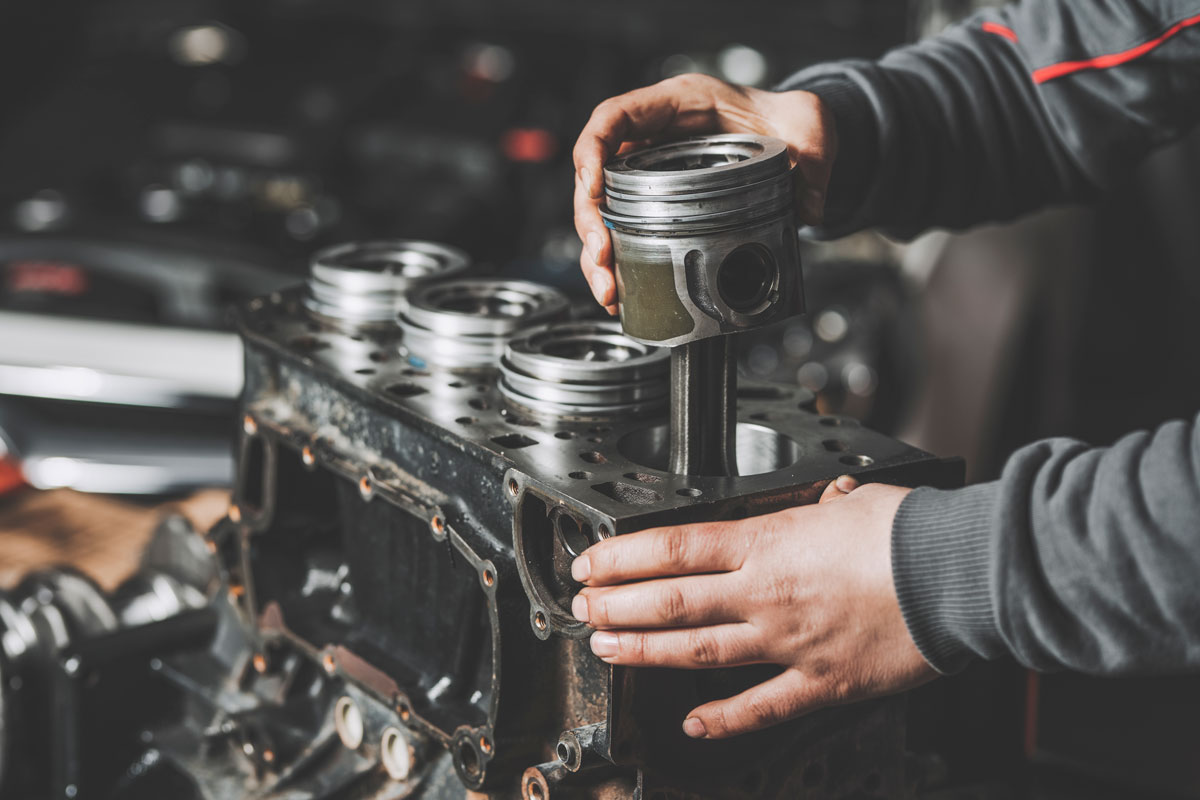 To conclude this article, it is possible to fix a seized engine. It is a tricky question to answer whether you should have it fixed. If repair costs exceed what you're willing to pay, it's better to sell your car and replace it with a new one.

If you enjoyed reading through this article, consider checking the links below. These articles will answer questions that might still be on your mind.

How Long Can A Car Engine Safely Run On Idle?