So you're faced with a bit of an issue of your car battery running low on juice. Car owners who aren't too knowledgeable about the numerous parts of a vehicle wonder if it can charge its battery.

A car can't fully charge its battery. However, there are things you and the car can do to give the battery enough juice for at least one more start. 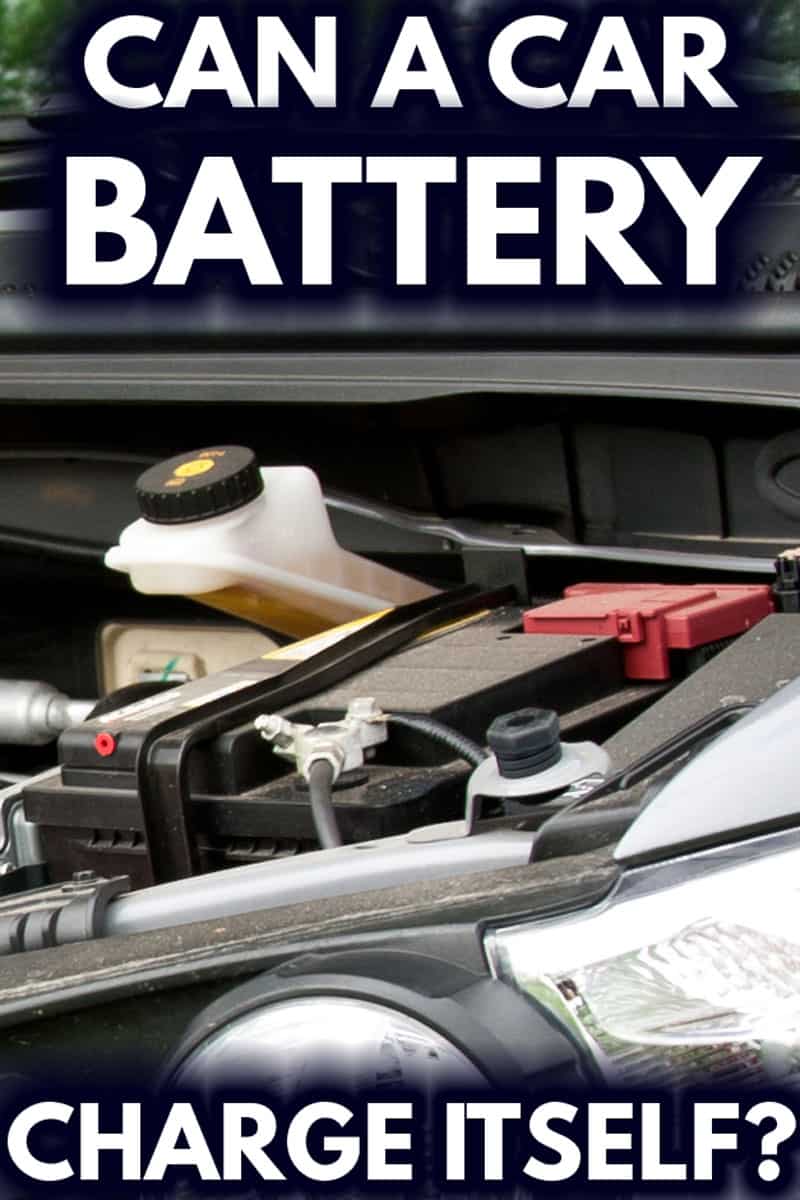 Continue reading to learn about how your car battery works inside your vehicle and how it can be charged. We'll also point out some signs that you may need to buy a new car battery.

Realizing that your car battery is dead is never fun. It's also sometimes hard to detect the cause of it dying. Below are the usual reasons for a car battery dying:

What Is An Alternator?

The alternator is a component of a vehicle's charging system and the critical component to helping your car battery charge up. When the engine is on, the alternator provides electricity to the car battery, along with the headlights, the interior, and the dashboard. The battery has the power to start the engine, but the alternator continuously powers the car as it stays on.

It does this by rapidly spinning its rotor, releasing electricity that gets transferred to the battery.

Why is it important to know this?

If a car relied solely on the energy of the car battery, it wouldn't last long. You'd probably only continue a few miles on the road. The alternator provides the continual power that the battery can't provide. This one component of a car is how a car can charge its battery.

Will a Car Battery Charge If You Let It sit?

If the car is on and remains idle, then yes, a car battery will charge, although it will charge at a slower rate than if you were driving.

Can a car battery drain if you let it sit?

Using a lot of electricity inside the car (i.e., using the radio or charging your phone) will cause the battery to drain still. That's because the alternator can only provide so much energy when the car isn't moving.

The voltage of a car battery should be 12 1/2 V, and between 13 to 14 1/2 V for the alternator. If the amount of electricity used in the car is more than the output of energy the alternator delivers, you'll drain the battery even though the car is on.

Can a Car Battery Recharge Itself Overnight?

A car can't recharge its battery overnight. The car isn't on overnight (and definitely shouldn't be on!), so, therefore, the alternator isn't on either. When the car is off, there's nothing to provide the battery with any additional power.

How Long Does a Car Have To Run To Recharge a Dead Battery?

The answer to this question depends on the scenario: battery condition, whether you let it sit and charge if you'll be driving, and how big a car/engine you have. Regardless, let's assume that you just had your car jump-started.

After your car is started, leave it on and let it sit for a few minutes. Afterward, go for a drive that's no less than 30 mins long. Also, make sure that you're consistently driving at 2000 RPM. This will ensure a steady charge from the alternator. That should give the battery enough juice to start up the car just fine on the next attempt.

If you have to let it sit, it may take roughly two hours for the alternator to give the battery a decent charge. That's because when only in idle, the alternator charges the battery at a much slower rate. If you can drive, please do so (preferably on a highway) for faster charging.

How to tell that it's time for a new battery?

Below are the signs that you may need to invest in a new battery:

Do You Need To Charge a New Car Battery?

In short, the answer is no. New batteries are fully charged and ready to use after purchase.

If you bought a new battery, or your current one is in excellent condition, keep a note of these tips to get the most out of your battery.

With the help of the alternator, your car is capable of charging itself. Just don't rely on it to do the charging because it only provides so much charging capabilities. Invest in a car battery charger or a jumper to help with charging or jump-starting the battery.

Great article! Dead batteries are a leading cause of car breakdowns and no starts. Articles like this one are very helpful in educating drivers on how to care for their cars, especially the parts that make the car run.