Have you ever worried about your engine coolant freezing, especially if you live in the northern part of the country where winters can get really cold? Every driver should be aware of the possible damage that could result from liquids in the car freezing so it's best to know if an engine coolant would freeze at a certain temperature. That's what we asked the experts, and here's their answer.

Keep on reading to know more about engine coolants freezing. We'll also tell you what will happen to your car when your coolant freezes. We will also answer what happens when you use 100% antifreeze and if you can use water in place of coolant. Let's get rolling! 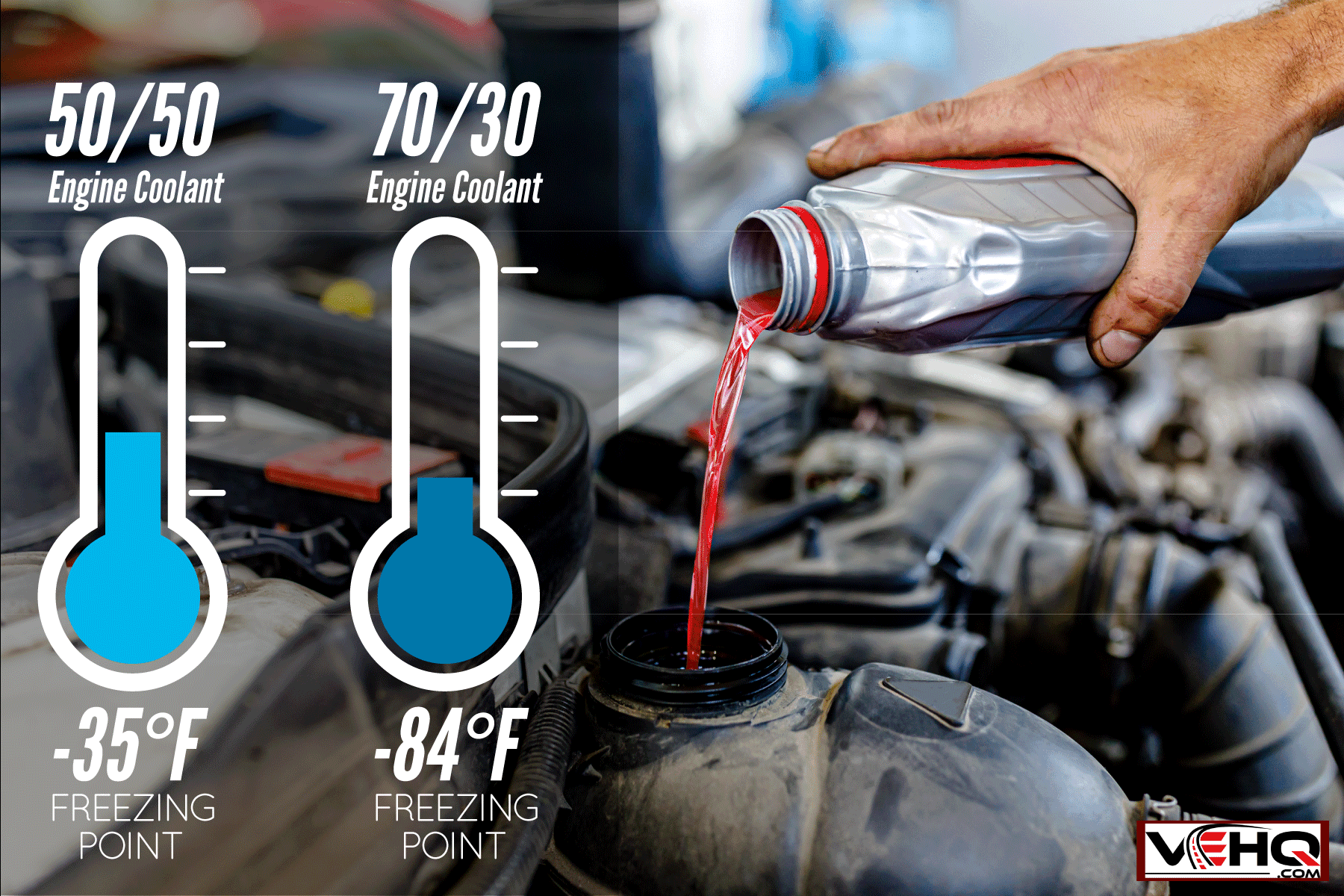 Can coolant freeze in a car?

An engine coolant has a very important role in making sure your vehicle runs smoothly no matter what the weather is. It is pumped or poured into the vehicle's engine and heater core so that it can do its thing.

Coolants run through the engine blocks to absorb heat which results from the combustion process when the car is running. The hot coolant then goes to the vehicle's radiator, which cools it down by dissipating the heat outside. It then releases the coolant again (as cool as can be this time) to perform its function continuously. This is how engine coolants prevent overheating. 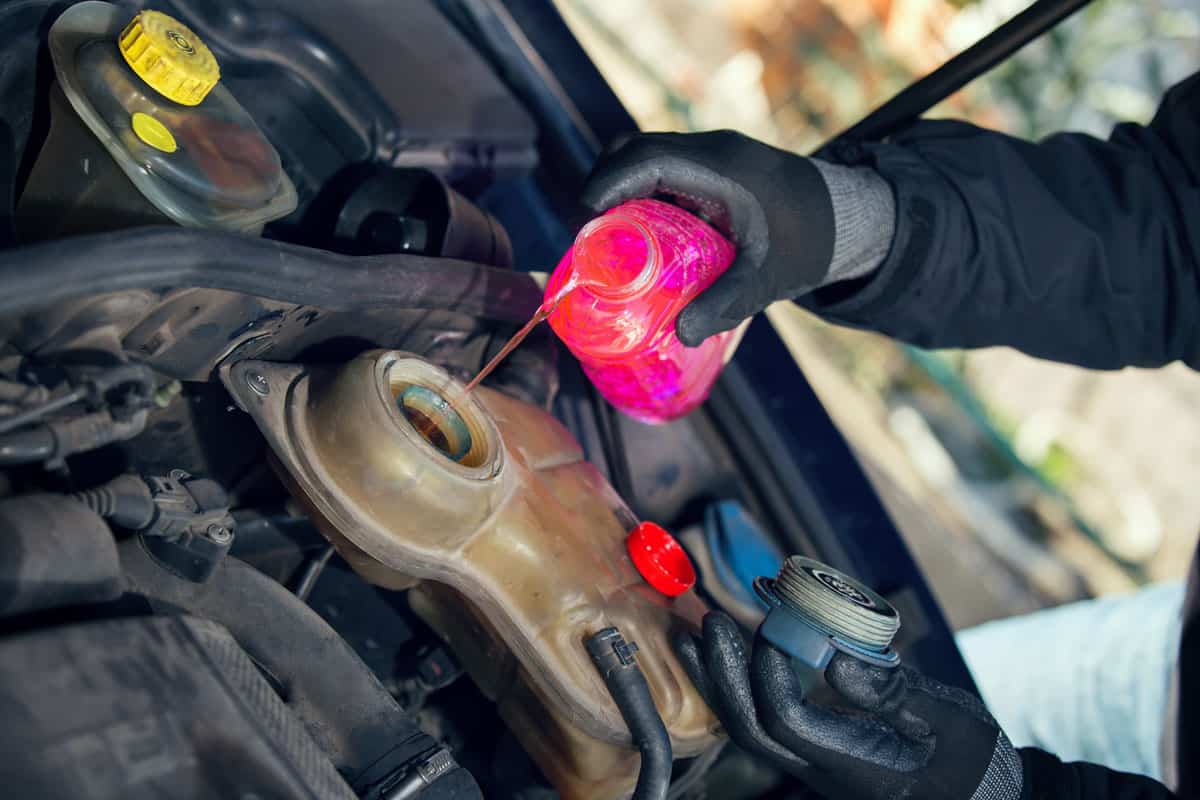 It is good to note here that coolants are subject to temperature changes happening in their surroundings. That's why car owners have to know the freezing point of the coolant that they are using. Yes, despite containing antifreeze, engine coolants can still freeze during winter.

Antifreeze itself has a freezing point of 0 to -5 degrees Fahrenheit. But when you mix it with water, thus you now have an engine coolant, its freezing point becomes lower depending on the antifreeze to water ratio.

Check out this 50/50 pre-diluted engine coolant on Amazon.

That's the wonder of engine coolants. They are specially formulated to protect your car's engine during extreme weather conditions so that they can continue to provide protection to your engine all year round.

However, this also points to the importance of knowing your engine coolant's mixture so that you know how it will perform in certain weather conditions and you can make the necessary preparations when the situation calls for it.

What happens if my coolant freezes?

As coolants travel through your engine's internal components, they take away the heat so that your engine won't get too hot.

This is what will happen to your car when your coolant freezes. It will crystallize and block the passageways in your engine. It will also expand when it freezes so those passageways could crack under pressure.

Since it is now in solid form, it won't be able to flow through the engine blocks to absorb the heat. Without coolant, the engine will heat up to hazardous levels. Oil will be depleted and you can only imagine what will happen to your car's internal components without oil to lubricate them. The engine will overwork itself and overheat.

The engine would also freeze or seize and it can cause massive damage for repair. If things get worse, you might even need to replace the entire engine altogether and that is very costly!

What happens if you use 100 percent antifreeze? 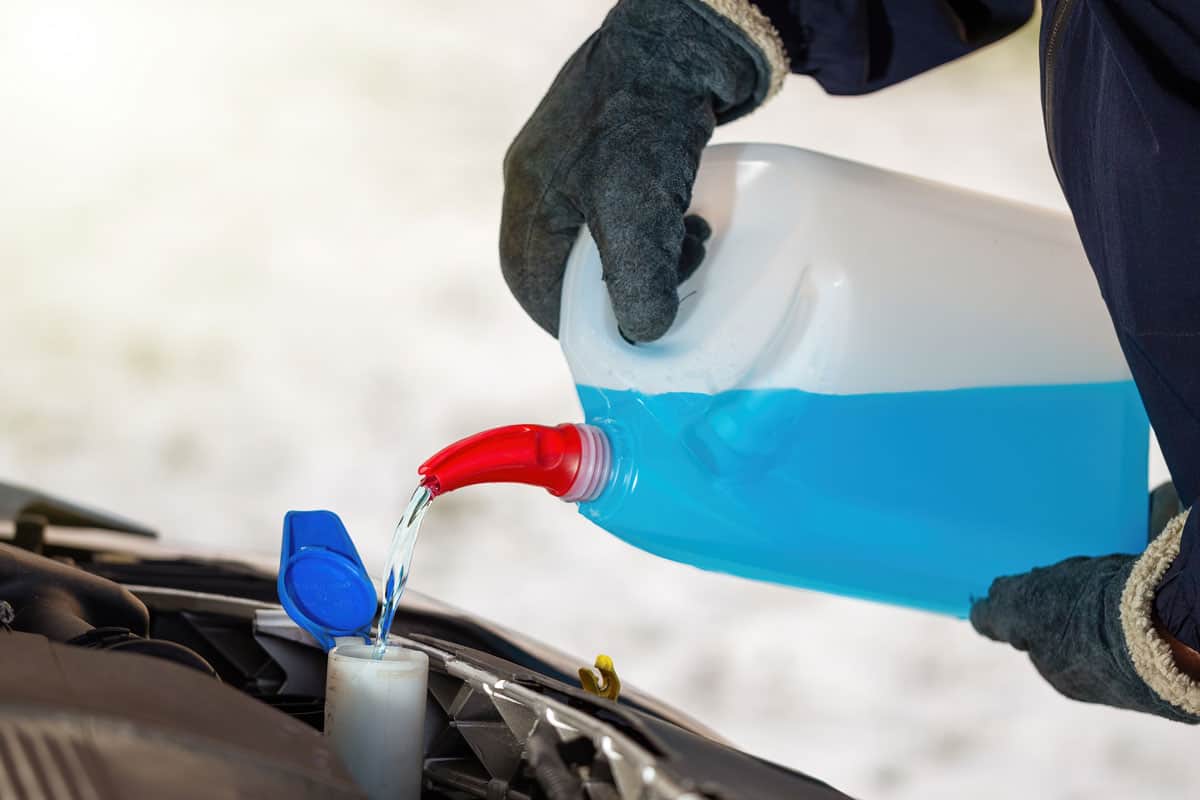 Before anything else, let us clarify the confusion between antifreeze and engine coolant, as these terms are often used interchangeably.

With antifreeze in engine coolants, it is able to bring down water's freezing point. This means that it will take longer to freeze compared to just ordinary water. There are substances in the antifreeze that prevent water molecules from joining together when it gets really cold so they won't easily crystallize.

As mentioned earlier, antifreeze doesn't mean that it won't freeze at all. This ethylene glycol or propylene glycol concentrate has a freezing point of 0 to -5 degrees Fahrenheit. One might say that it is good enough since it is lower than the freezing point of water, right? But you also have to understand the conditions where the antifreeze or engine coolant needs to work.

Aside from having a lower freezing point, this liquid also needs to have a higher boiling point. And that's exactly what the addition of antifreeze to distilled water brings to the table. This means that the engine coolant won't evaporate easily even when it is exposed to very hot conditions inside the engine and also external weather conditions during the summer.

Antifreeze alone won't be enough to keep the engine cool when the weather is very hot. It doesn't have enough heat capacity to be able to do that. Pure antifreeze's boiling point is 35% lower than that of water. This is enough to raise concern regarding its performance when the weather is sweltering outside. Your vehicle might overheat, and it could really hurt your engine.

Some kind of magic happens when you mix antifreeze with water. Their mixture works to bring down the freezing point lower than each of these components individually. Not only that. Antifreeze also increases the water's boiling point so that the coolant can effectively take the heat out of your engine despite the combination of scorching weather and hot engine during summer.

This is why experts don't recommend using 100% antifreeze on your vehicles. You have to go with the optimal antifreeze to water ratio to maximize its performance.

Can you use water in place of coolant? 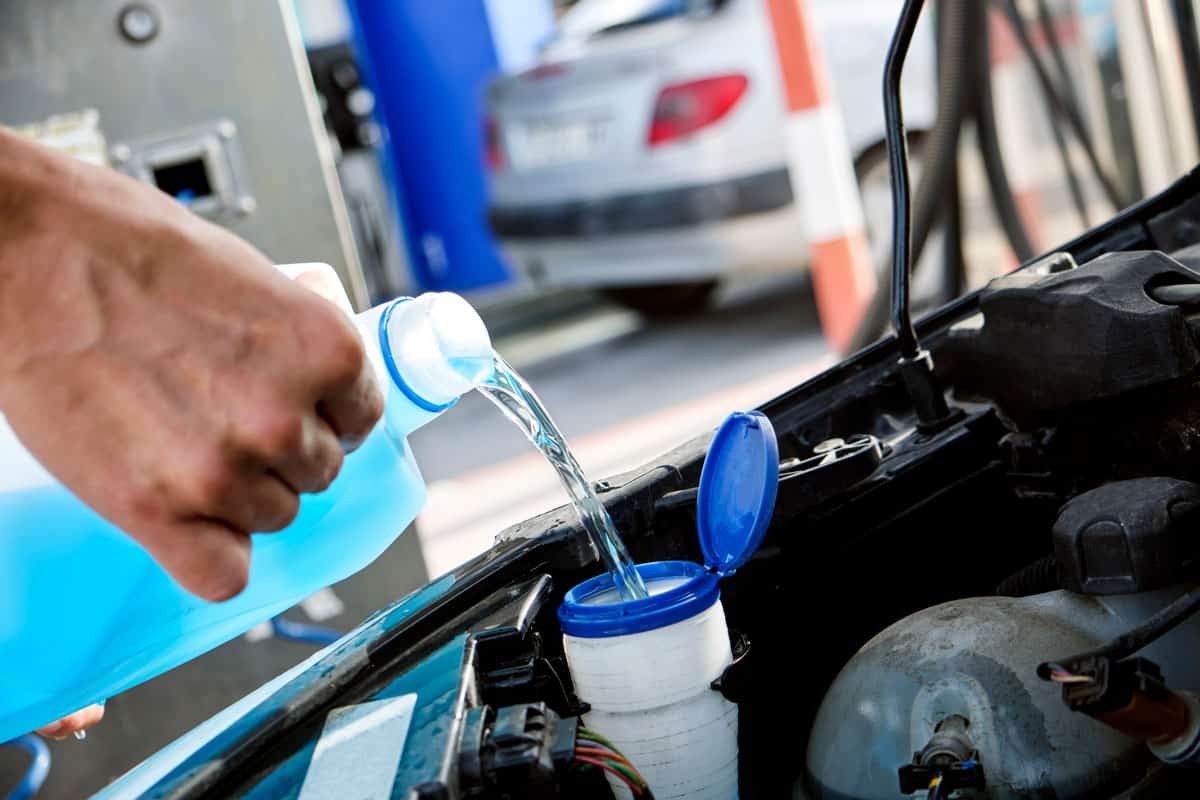 In the same way, you cannot just use water in place of coolant for your engine. Some drivers who run low on coolant do this. This is allowed in emergency situations when you don't have antifreeze or coolant and only have access to water. However, you need to rush to get an engine coolant that's compatible with your engine ASAP.

Don't just use water as it will quickly freeze during winter at 32 degrees Fahrenheit. When this happens, it can block major passageways in the cooling system. Your engine's internal components will expand and cause severe damage to your vehicle.

During summer, water has a lower boiling point of 212 degrees Fahrenheit compared to an engine coolant that ranges between 300 and 400 degrees Fahrenheit. It will evaporate quickly, leaving your engine without a cooling agent.

As mentioned earlier, engine coolants are specifically formulated to protect your engine under extreme temperatures so that its performance won't be compromised. You can expect your engine to function smoothly during winter or summer. That is why you shouldn't just use water in your engine. 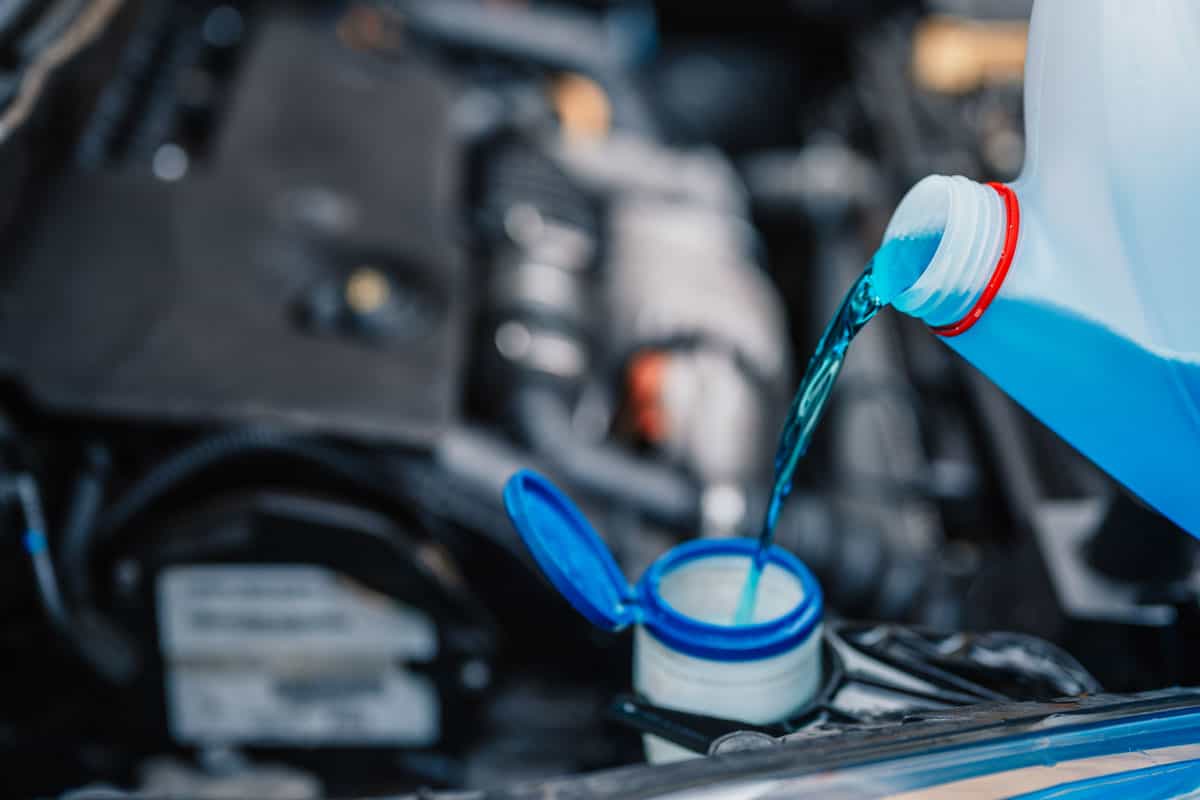 Besides, engine coolants also give your engine additional protection against corrosion. Water, on the other hand, is corrosive to the metal components of your engine. Coolants contain phosphates, silicates, and nitrates that prevent mineral buildup and rusting so your engine can last longer.

That's why it is important that you check the coolant level regularly, at least once a month, so that you won't run low on this essential fluid. Simply look at the mark that tells you the optimal coolant level. If it's below that line, you need to add more coolant until it reaches the recommended level again.

Wait until your car cools down completely when you do this. You wouldn't want to open the cap of the coolant tank while the engine is still hot. Aside from you can't touch it because the surface is too hot to handle, you also face the risk of scalding your hands, face, and any exposed part of your body that can be reached by the boiling hot liquid. 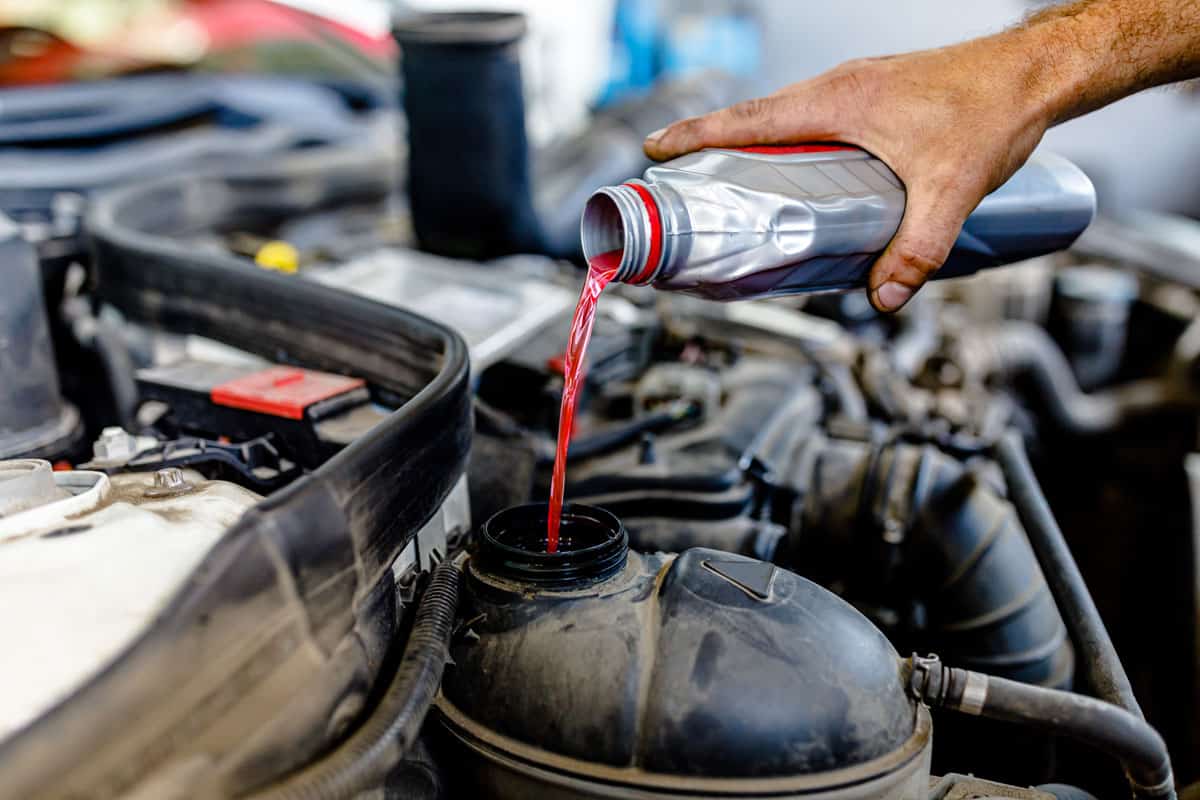 Engine coolants can freeze, although at a much lower freezing point than water. Still, it's important to choose the correct engine coolant mixture for your vehicle, depending on your need.

How Much Coolant Do I Need?

How Long Does Coolant Last In A Car?