Your fuel injectors might not be the most well-known part of your car engine, but it’s definitely an important one. If your fuel injectors become dirty or damaged, you’re liable to suffer a myriad of problems with your vehicle’s performance. But just how bad can an underperforming fuel injector be? Can it completely stop your engine from starting, for example? We here at VEHQ have looked into the matter for you and reported our findings below.

Faulty or dirty fuel injectors cause several problems with your vehicle, ranging from poor fuel economy to rough idling. Among these symptoms is your engine’s inability to start at all due to lack of combustion. Your fuel injectors are responsible for delivering gas to the appropriate engine cylinders. When they’re unable to do this, combustion might not occur at all, and your engine won’t start.

There’s a lot more to discuss in-depth when looking at car troubles, especially regarding your engine. You’re likely going to have many more questions on what faulty fuel injectors can do to your vehicle and engine. Keep on reading below as we go further into the diagnostics. 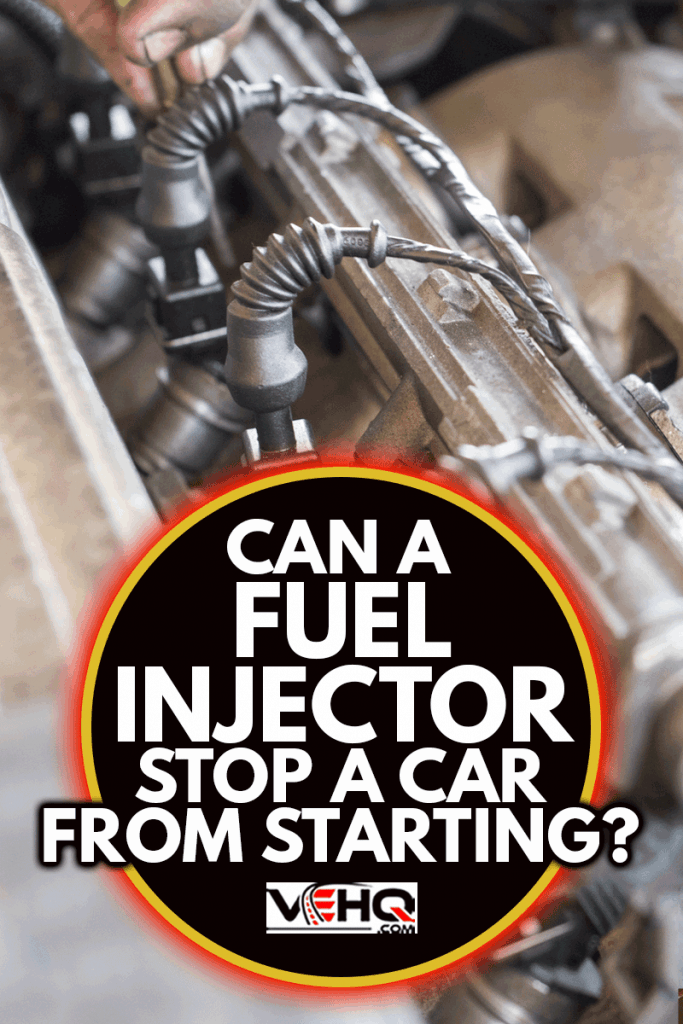 How The Fuel Injector Works

An easy way to see how a poorly functioning fuel injector can lead to a motor not starting is to learn how the relationship between the two is meant to work normally. As part of your vehicle’s fuel system, your fuel injector receives gasoline from the fuel pump. The fuel injector then takes the fuel and sprays it into the intake manifold at a precise angle.

Air and fuel are mixed within the intake manifold and then compressed in the combustion chamber. This combustion ignites the chemical reaction required to start your car, achieving proper ignition. Seeing how every step of the chain requires the previous step to work, it’s easy to see how a breakdown can throw everything out of whack.

What happens when a fuel injector goes out?

We’ll discuss a good way to clean out clogged fuel injectors a bit later in this article, but damaged injectors should be replaced as soon as possible—the issues they cause range from pricy to downright dangerous.

What are the signs of a bad fuel injector? 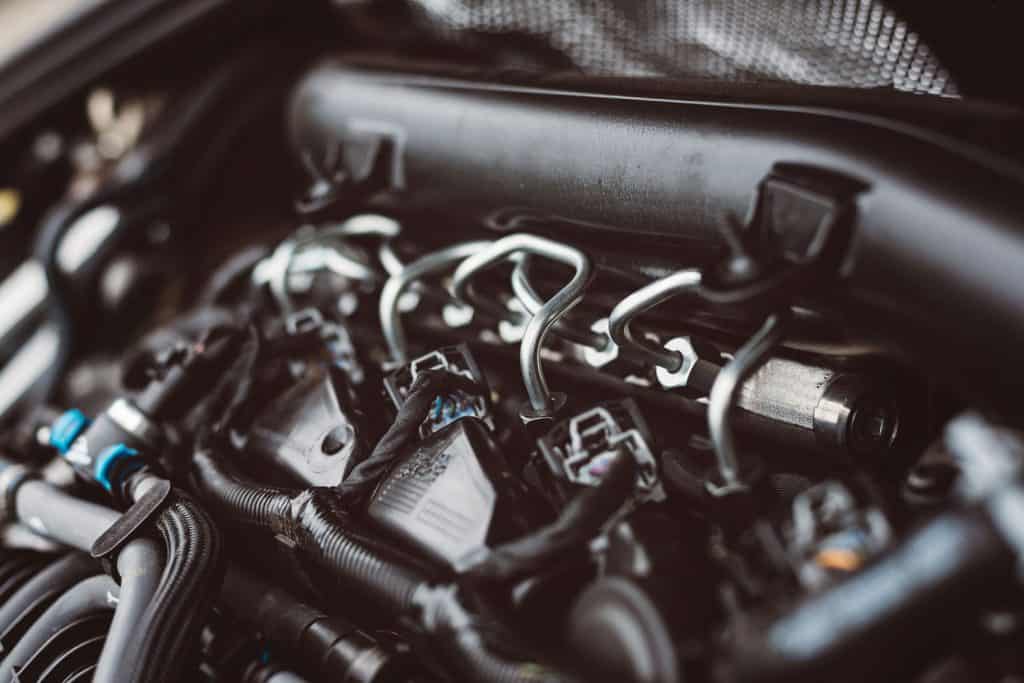 As mentioned above, clogged or damaged fuel injectors can cause several serious problems for your vehicle. While many of these can be caused by things other than fuel injectors, they’re worth checking when you see these issues start to arise with your vehicle.

When your fuel injector fails to get the proper amount of gas to the right spaces in your fuel system, your engine is likely to start misfiring. The improper mixing of gas and air in the manifold will make your engine start sputtering and shaking. This sends uncomfortable vibrations through your car and can lead to eventual engine trouble if not looked at.

Rough idling is characterized as fluctuating RPMs even when your foot is completely off the gas pedal and your car is at a stop. Engine stalling usually accompanies rough idling, leading to intense drops in RPM and noises from the engine. Poorly working fuel injectors aren’t the only potential culprit behind rough idling, however. Run a diagnostic or get to a mechanic if you run into trouble.

The fuel injector’s role in the fuel system is directly correlated to its role in your gas mileage as well. Faulty fuel injectors will leak and waste gas, leading to your gas mileage tanking and fill-ups required much more frequently than before. If you notice an excessive amount of trips to the gas station to refill, your fuel injectors may be to blame. As painfully pricey as a visit to the mechanic may be, wasting gas is no different from throwing money down the drain.

Your Car Won’t Start At All

This is a rarer problem than those previously mentioned, but it does happen. Sometimes if your fuel injectors fail to deliver gasoline at all, your car won’t start. Clogged fuel injectors can lead to engine failure and a breakdown of your vehicle. This is another symptom that multiple issues can cause. Take your car to your local mechanic to quickly learn what exactly is to blame for the failure so you can get it fixed.

Read now on VEHQ: How Long Does It Take To Replace An Engine?

You can find fuel injector cleaners everywhere on the market, and their advertised benefits sound perfect. Fuel injector cleaners are solvent mixes capable of cleaning out fuel lines and breaking down blockages. Added to your fuel mix, once run through your system, they break down the clogs and blockages that cause poor performance and dirty injectors.

These fluids are combustible and therefore entirely removed from the system after enough use of the vehicle. This keeps the cleaner fluids from adding any more build-up to the system. But car owners are quick to consider the number of products on the market that fail to live up to expectations. Snake oil is an unfortunate reality in the automotive business.

Thankfully, fuel injector cleaner really does work in cleaning out blockages and clogging in fuel injectors. They contain chemical compounds highly successful at removing carbon buildup, one of the main causes of blockage.

Follow the directions and use your fuel injector cleaning fluid correctly, and it will help with lighter to medium blocks. Even for bigger blockages, given their cheap pricing point, it doesn’t hurt to try a bottle of injector cleaner to help out.

Will injector cleaner fix a misfire?

A misfiring engine can be a serious problem and require serious repair work if the problem is complex enough. The thought of a misfire problem is fixable with a bottle of fluid under $15 sounds quite appealing for obvious reasons. Can injector cleaner fix a misfiring engine?

Well, yes and no. Fuel injector cleaner obviously cannot fix misfires caused by completely broken fuel injectors or other unrelated issues. Nor is it likely enough to be enough to clean out significantly huge blockages before problems arise. But the fluid cleaner can clean out lesser cloggings and build-ups of carbon that can be responsible for misfiring and other problems talked about here.

If you’re able to pinpoint the problem of your misfiring engine as related to your fuel injectors, purchasing a fuel injector cleaner can potentially save you a pricy trip to the mechanic.

Read now on VEHQ: Why Do Cars Backfire? [And How To Deal With It] 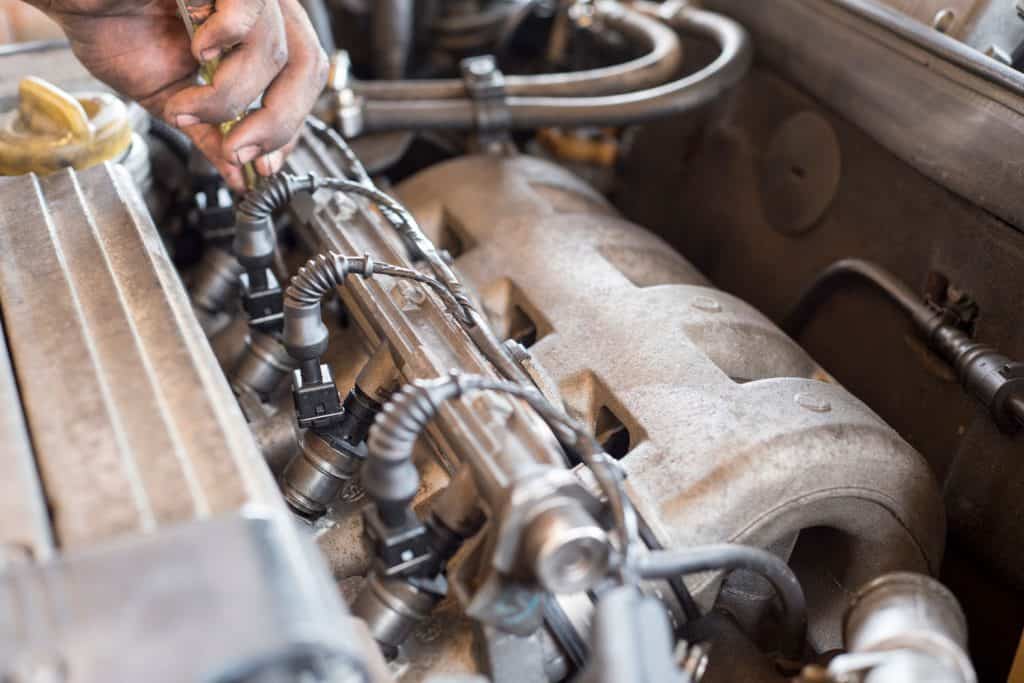 Fuel injectors are a critical part of your vehicle’s fuel system, and many things can go wrong with them. If not taken care of, the number of issues you can run into are numerous, including but not limited to a completely stalled engine. Take their care seriously and if issues arise, look into them immediately. Your car and your body will thank you.

How to Keep the Windshield from Freezing While Driving

How long does it take to replace an engine?