Electric cars are the future; they are quiet, good for the environment, and cheaper to maintain. One of Hyundai's fully electric cars is called Ioniq Electric. The Ioniq Electric has all the features of a gas-powered car; the only difference is it runs solely on electricity.

You can also use this adapter for Tesla-designated chargers and Tesla high-powered connectors.

If you're planning to charge your Ioniq Electric at a Tesla supercharger, this will not work even if you have an adapter. Because a Tesla charging station has a communication process with your car to check if it is a Tesla-branded car.

If you want to go on a long trip in your Ioniq Electric, it's best to plan your route first and check the available charging stations compatible with your electric vehicle.

Keep reading for more information about your Hyundai Ioniq. 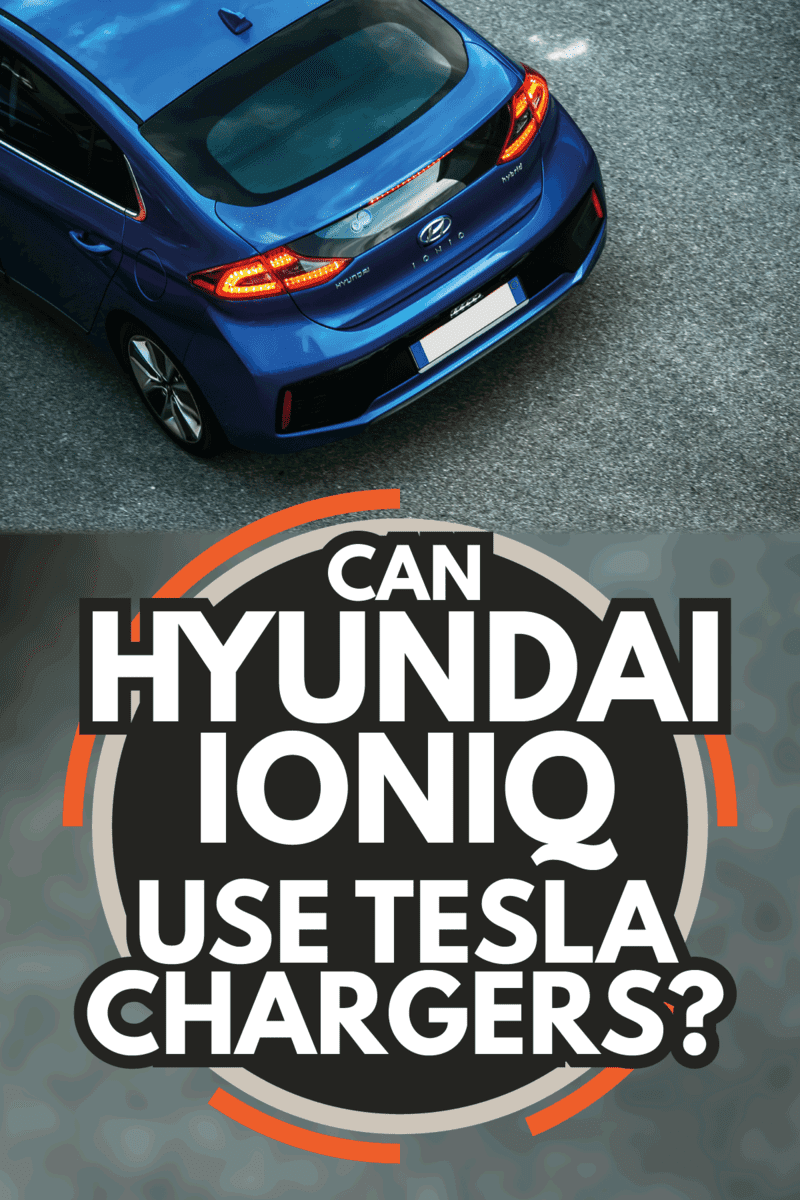 A Hyundai Ioniq comes in different models such as the hybrid, plug-in hybrid, and fully electric, which it's called the Ioniq Electric. While all of these models can run on electricity, only the Ioniq Electric is designed to run solely on it.

Being fully electric, the Hyundai Ioniq offers cheaper maintenance compared to hybrid or gas-powered cars. You will also notice the difference in noise; unlike the hybrid, your car doesn't engage any engines after a set amount of time or speed, keeping the car quiet. 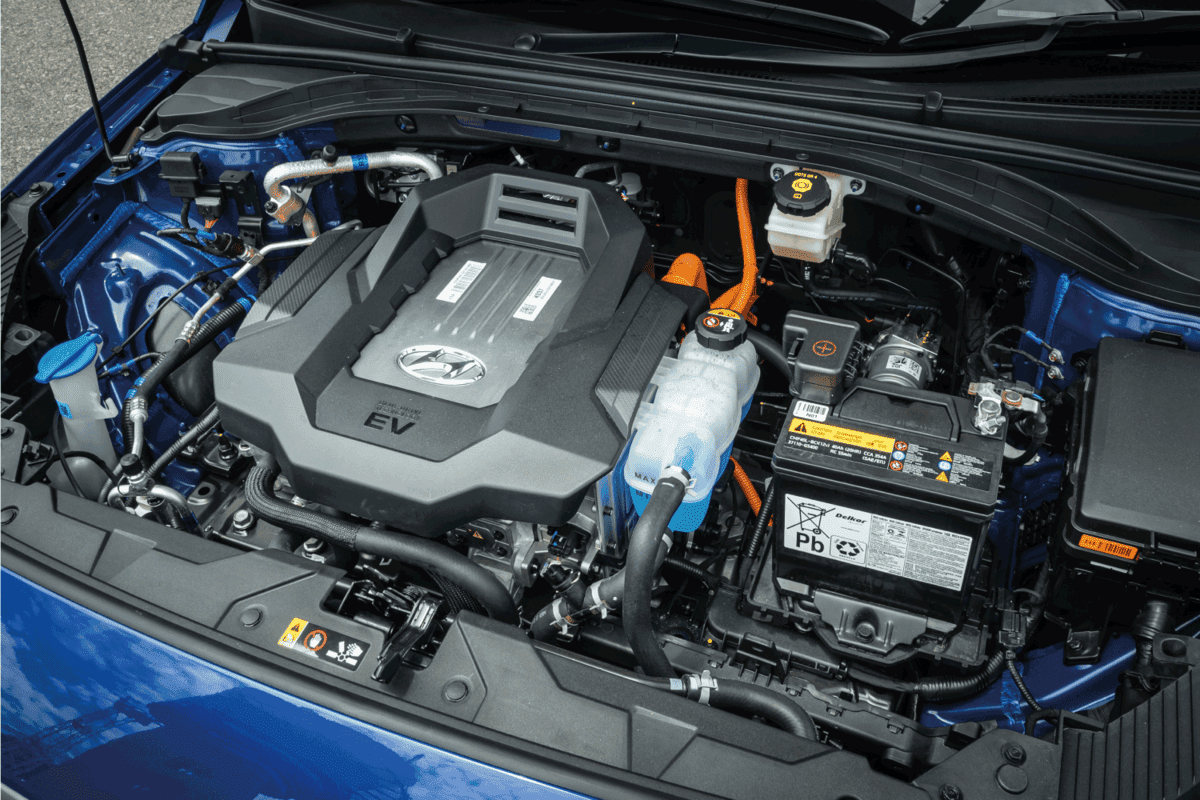 The Ioniq Electric comes with a ton of features that you'd expect on a top-tier electric vehicle like:

Compared to the other models in Hyundai's Ioniq lineup, the Ioniq Electric is the one to go for and most sought after.

The Ioniq is a great car, not only because it's fully electric and helps cut down on emissions, but it also feels like an entry into the future of electric vehicles. 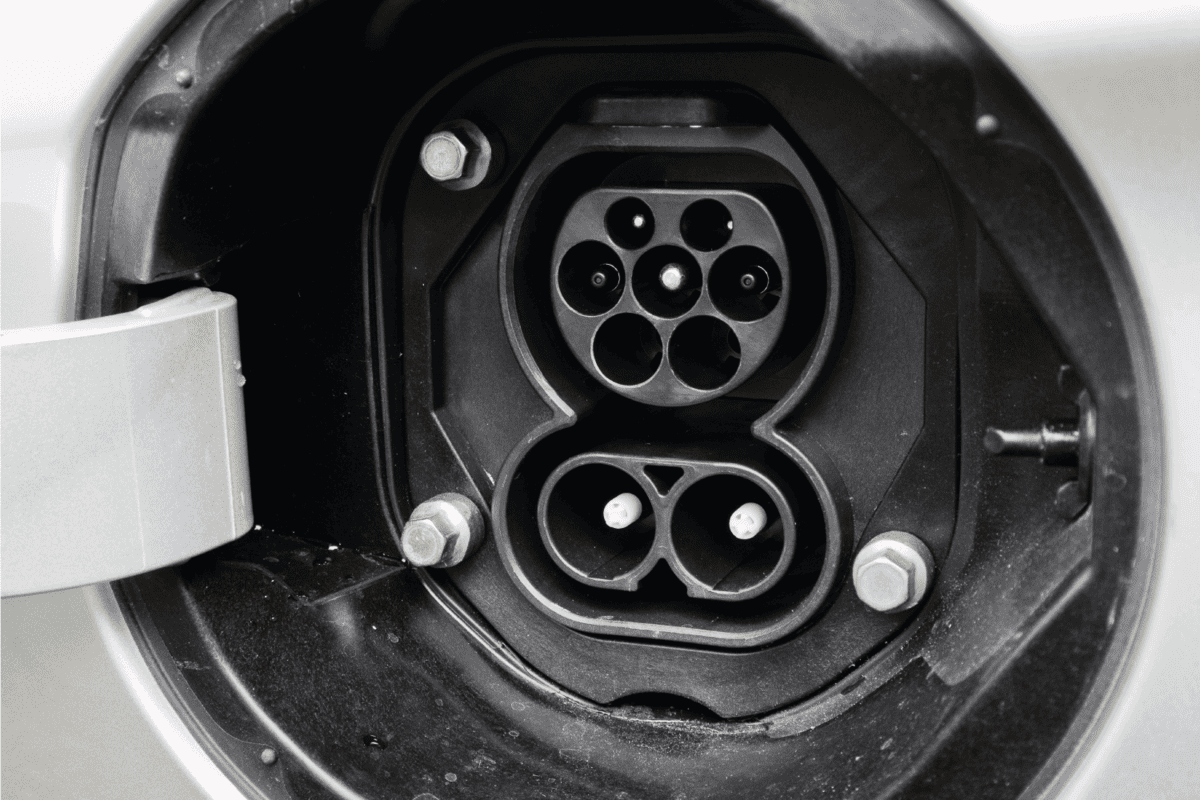 What type of plug does Hyundai Ioniq use?

A Hyundai Ioniq Electric can use two types of charging plugs: Combined Charging System (CCS) and type-2. The CCS charging plug has both AC and DC ports.

The upper part of the Ioniq's plug is for type-2, similar to the ones found in your home. The type-2 uses the AC port and is slower to charge compared to the CCS charging plug since the electrical current will pass your onboard charger in the car.

The CCS charging plug uses DC, which directly chargers your battery, making it much faster to fill it up.

Can I charge Hyundai Ioniq at home?

Yes, you can charge your Hyundai Ioniq at home. This is great because it is like you have a gas station outside your house, but instead of gas, it's electric. 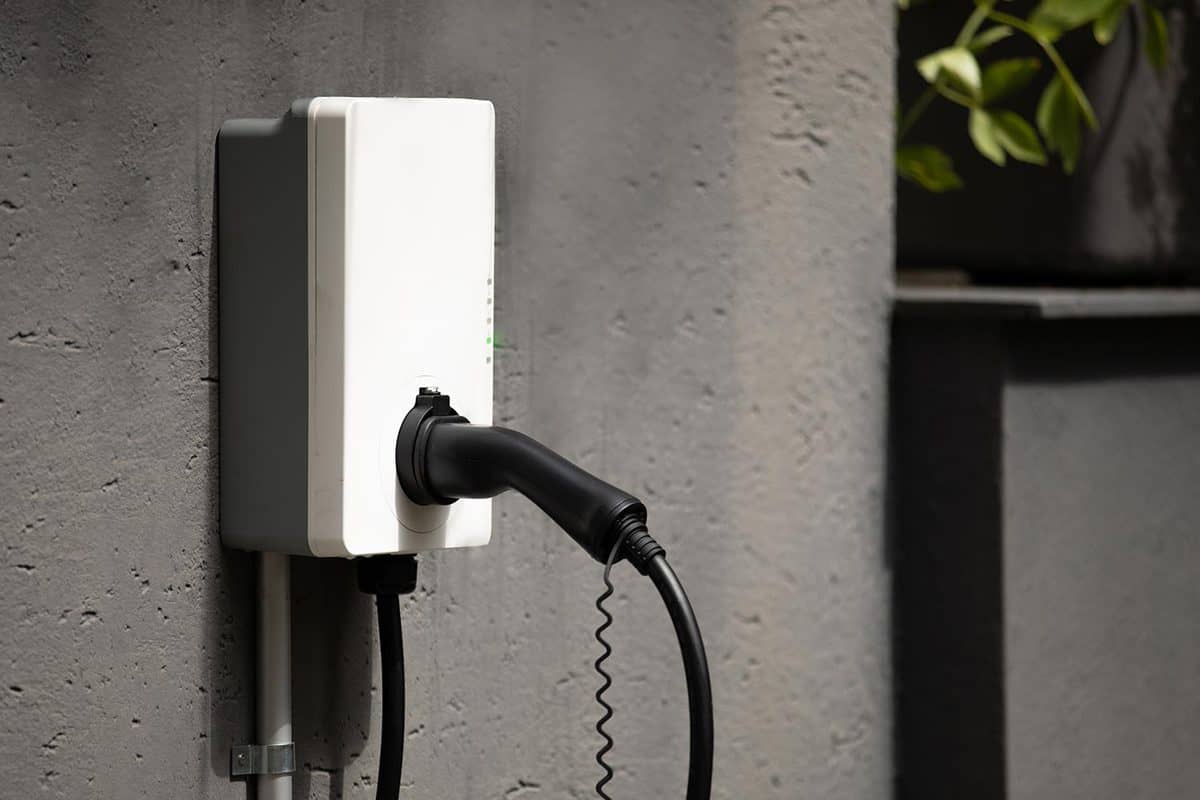 When you get your Ionic Electric, it should come with a portable charger that allows you to charge from any 120-volt outlet. But don't expect your car's battery to reach full anytime soon since it only offers around 1.2-kilowatts per hour.

You can have a level 2 charger installed in your home after getting your new Ioniq Electric. A level 2 charger or wall box will give you the ability to charge your Ionic Electric at home at a much faster rate than a Hyundai portable charger that comes with the car.

There's also an option to upgrade your wall box for a stronger one with additional features, but this will cost more.

If you're planning to upgrade your wall box charging station, make sure to check if your electric vehicle can charge at the speed given. A faster charger will most likely cost more to charge than a slower one. 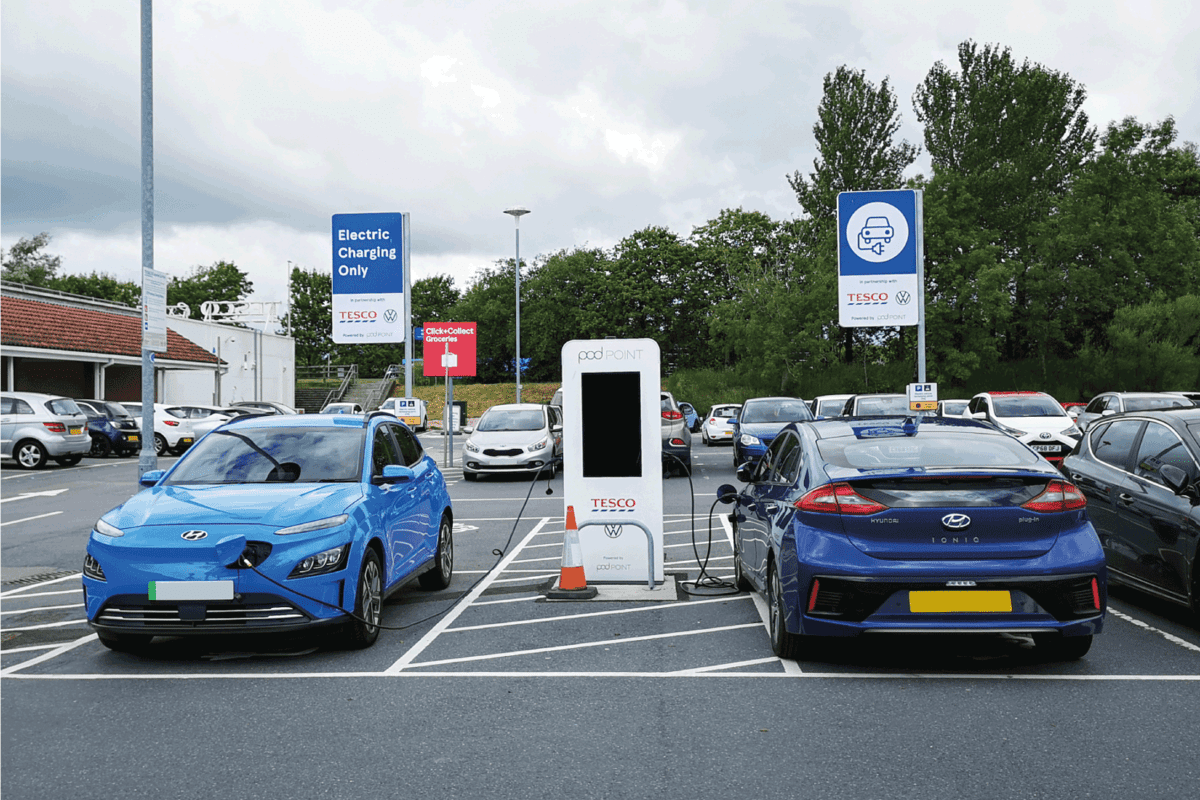 How fast can a Hyundai Ioniq charge?

Charging an electric vehicle could be daunting at first but rest assured it is simple once you understand the basics. The speed of your charge will depend on what charging option you're using.

According to Hyundai, these are the three levels of charging your Ioniq Electric, each with a different charging time. Here they are listed below.

This method is the simplest way to charge a Hyundai Ionic. In this method, you'll be using your Hyundai portable charger.

Just plug it into a 120-volt outlet and the other to the charging port located at the rear of your car. With a charging speed of about 1.2 kilowatts per hour, it will take you 36 hours to full charge from empty.

This charging method is much faster than the first one and will require a 240-volt charger. You may already have this type of charger installed at your home after buying an Ioniq. You can also use one found on public chargers found across the country.

At level 2, you can expect a charging speed of seven kilowatts per hour and will take six hours to fill an empty battery to full charge.

Both level 1 and level 2 use the same charging connector used to charge your Ioniq. This charger is called a J-plug.

There are also CCS charging stations that could offer 175-kilowatts and will charge your battery from empty to 80% in 50 minutes. But these may not be common where you live; it's best to check your area if one is available to you.

To use a DC fast charger, you'll need a combo connector, the same used in other electric vehicles.

Whenever you see the letters "kWh," that means kilowatt-hour. Kilowatt-hour refers to the size of your battery. So the larger the kilowatt, the bigger the battery, which then, in turn, gives you a more drivable range in your electric vehicle.

How do I charge my Hyundai Ioniq faster?

You can charge your Ioniq Electric faster by using a CCS charger. A CCS charger is DC, so it directly chargers your battery, unlike an AC, which will have to go through your car's onboard charger. 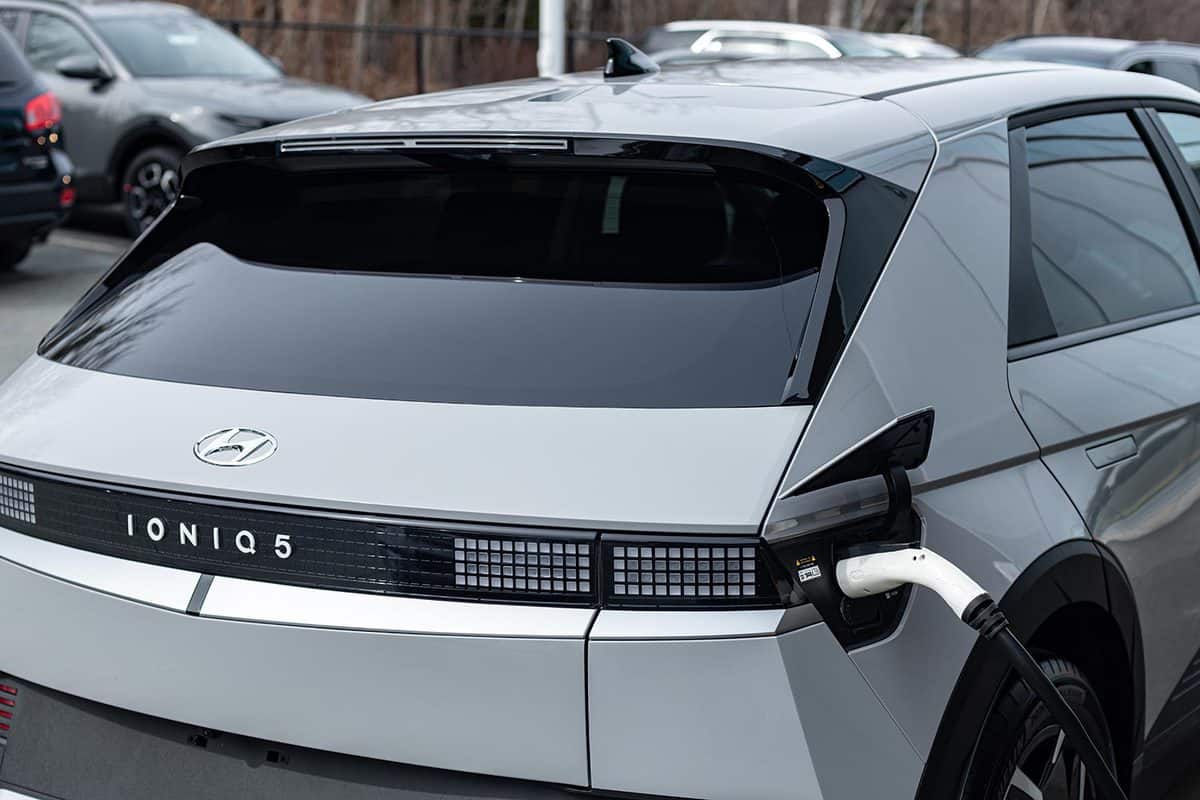 Alternatively, you can also get a stronger wall box charger installed at your home to speed up your charging times.

Keep in mind that not all electric vehicles can charge at the speed that the rapid charging station offers. You will be limited by the speed at which your car can take power.

A faster charger will most likely cost more to charge than a slower one. 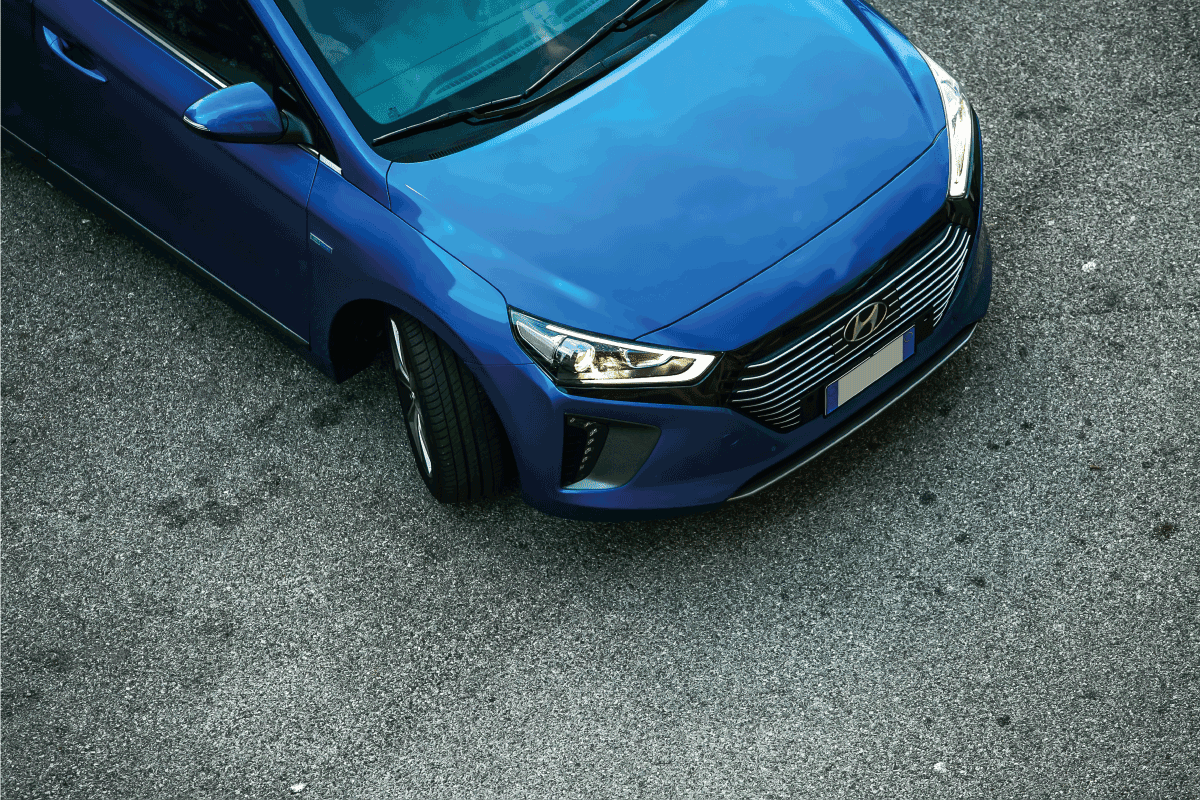 While you can't use Tesla's charging stations or superchargers, the Hyundai Ioniq is still a great electric vehicle that can keep up with other brands. You'll still be able to use their designated chargers and Tesla high-powered connectors.

The Ioniq Electric's charging time can be fast as long as you have the right type of charger or are charging at charging stations that have CCS. There is also an option to upgrade your wall box charger if you seem to need faster charging.

For more automotive information about the Hyundai Ioniq, check these articles below:

Can You Jumpstart A Hyundai Ioniq (And How To)?

What Are The Best Tires For A Hyundai Ioniq?