On the other hand, if your car battery is totally drained and the battery charger is just starting to trickle charge it, then you might not have enough amperage to actually start your car.

Starting A Car While Connected To A Battery Charger 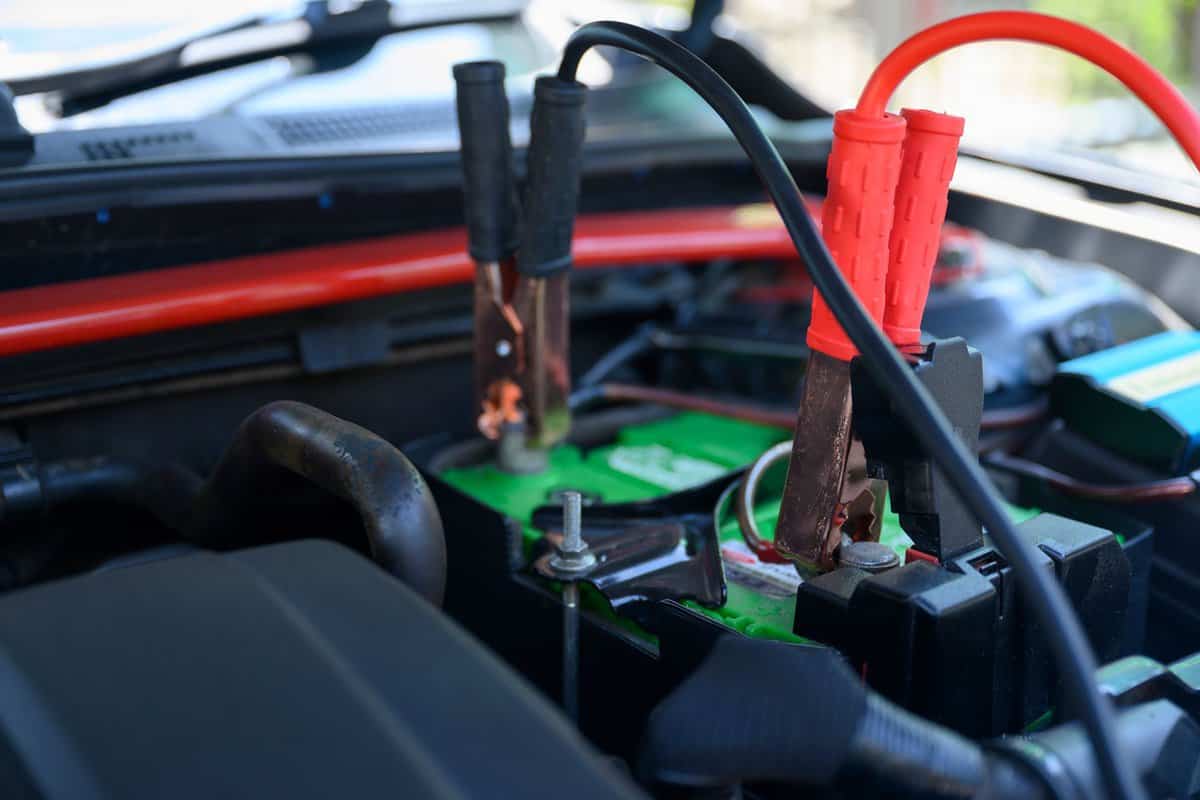 It's not recommended to start a car while connected to the battery charger, as this isn't the device's purpose. The charger alone might not have enough amperage to start a low or completely drained car battery.

If your car battery charger features higher amperage settings, then you might be able to get enough current to start your car. The best way to find out if your battery charger will work for you is to check the cranking amps specification on the battery. Some vehicles reportedly are able to crank at 50 amps.

However, if the charger has finished its task and your car's battery is topped up, then starting it while still connected to the charger will not pose a problem. The charged battery will start the car, without relying on the charger.

It is commonly used when there is no power supply available in your vehicle, and this could happen to you at a time when you least expect it.

In order for the jumpstarting to be successful, you need to make sure you have higher amperage settings in your car battery charger. It may not work if it only has one amperage setting, especially if it's less than 50 amps.

Here are the steps:

At this point, if you notice that the voltage is not increasing, then it's either you have a problem with the alternator or the battery itself.

Testing a car's battery voltage only tells you the state of charge of the battery, which does not guarantee that the battery is in good condition.

In fact, a dead car battery can still give you a good voltage reading. In order to fully understand the overall health of your battery, you need to have it load tested.

How to Load Test a Car Battery

Check out this load tester on Amazon.

Does a Car Battery Charge With Amperage or Voltage? 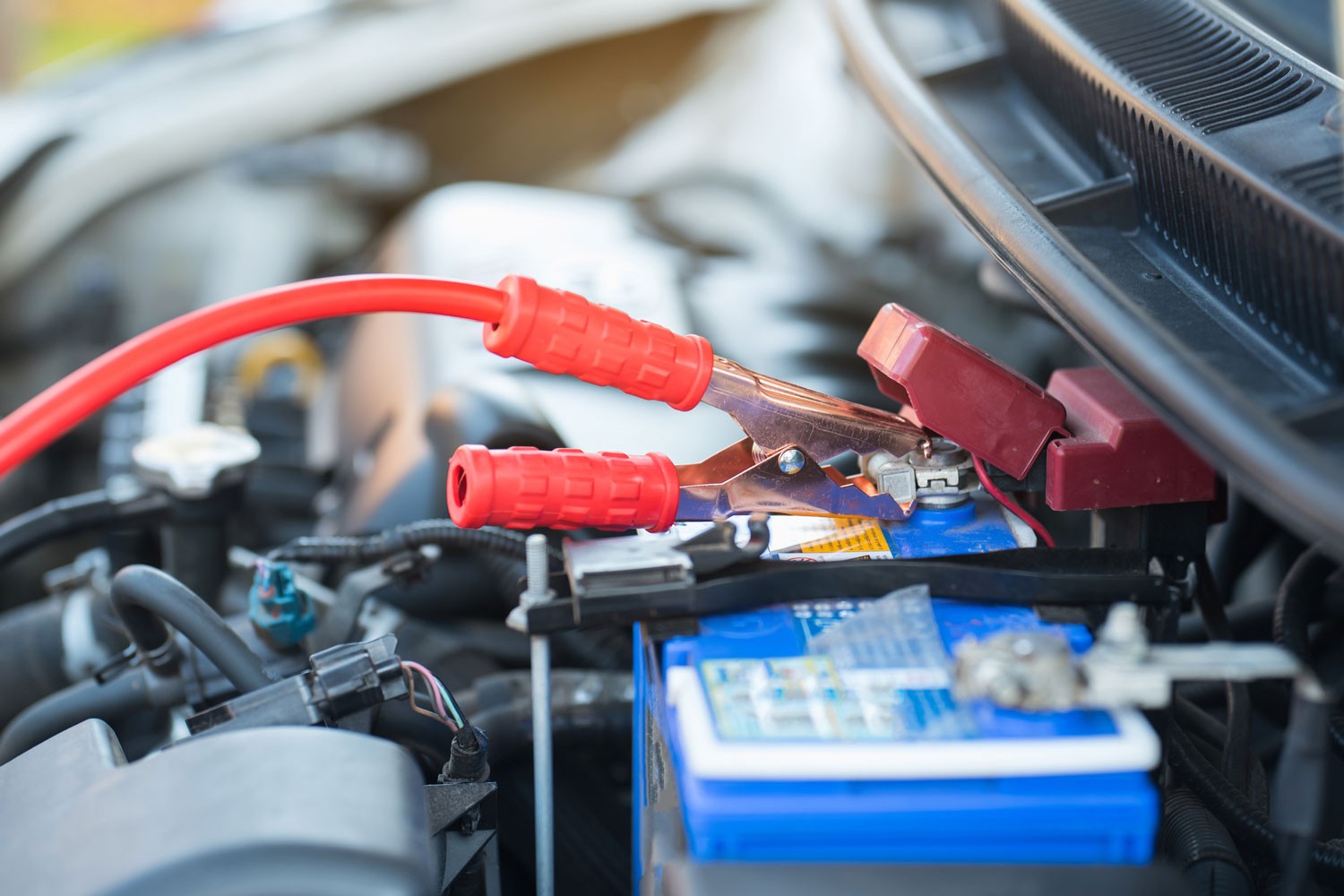 Amperage, commonly known as amps, is the rate at which a battery draws electrical current. A car battery charger charges through a current flow. In terms of battery charging, car batteries are charged with amperage.

How Many Amps Can a Car Battery Charger Supply? 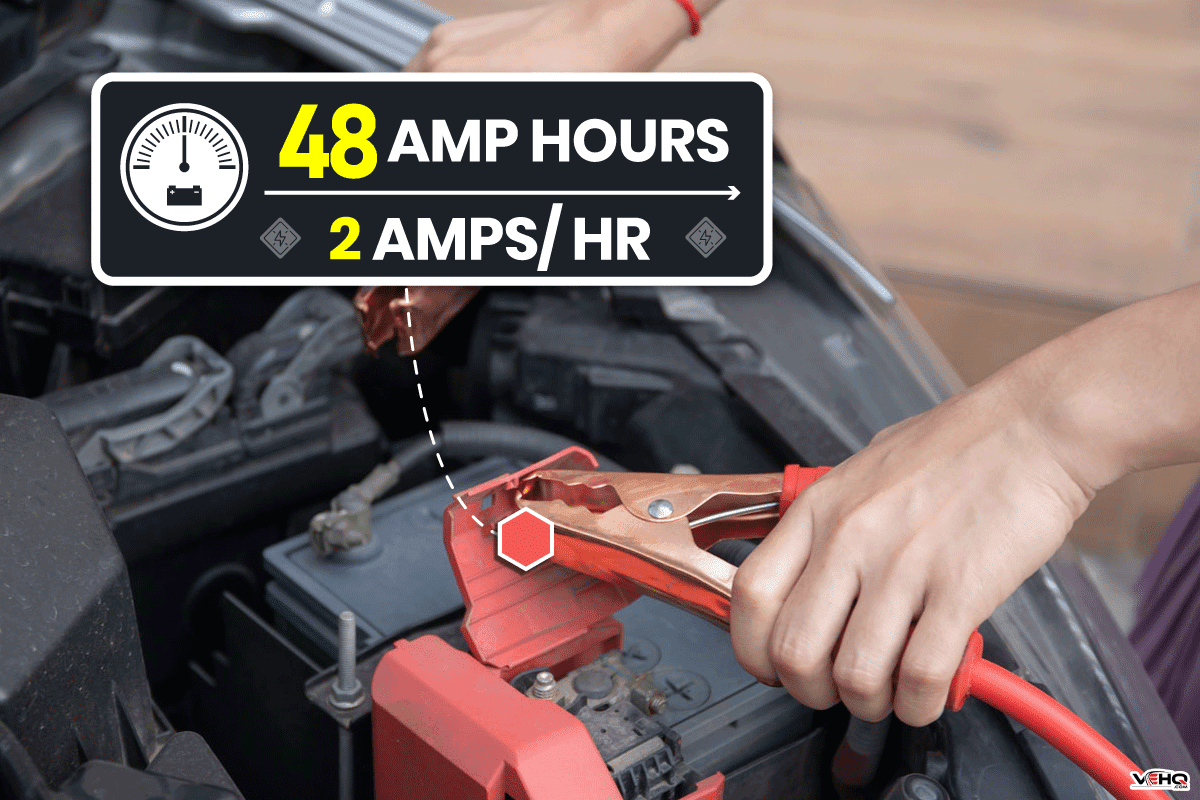 You can do the math if you want to know how many amps your car battery charger can actually supply in a certain period of time.

How Many Amps are Required to Start a Car?

A typical starter motor in a small to medium-sized car requires no more than 400 amps of current. This means that a fully charged car battery can provide enough amps for a starter motor to make the engine turn over.

Bigger vehicles, however, require much more amps. A larger car or truck might need 1,000 amps or more to start it. If in doubt, refer to your car's owner's manual for the amperage requirements. 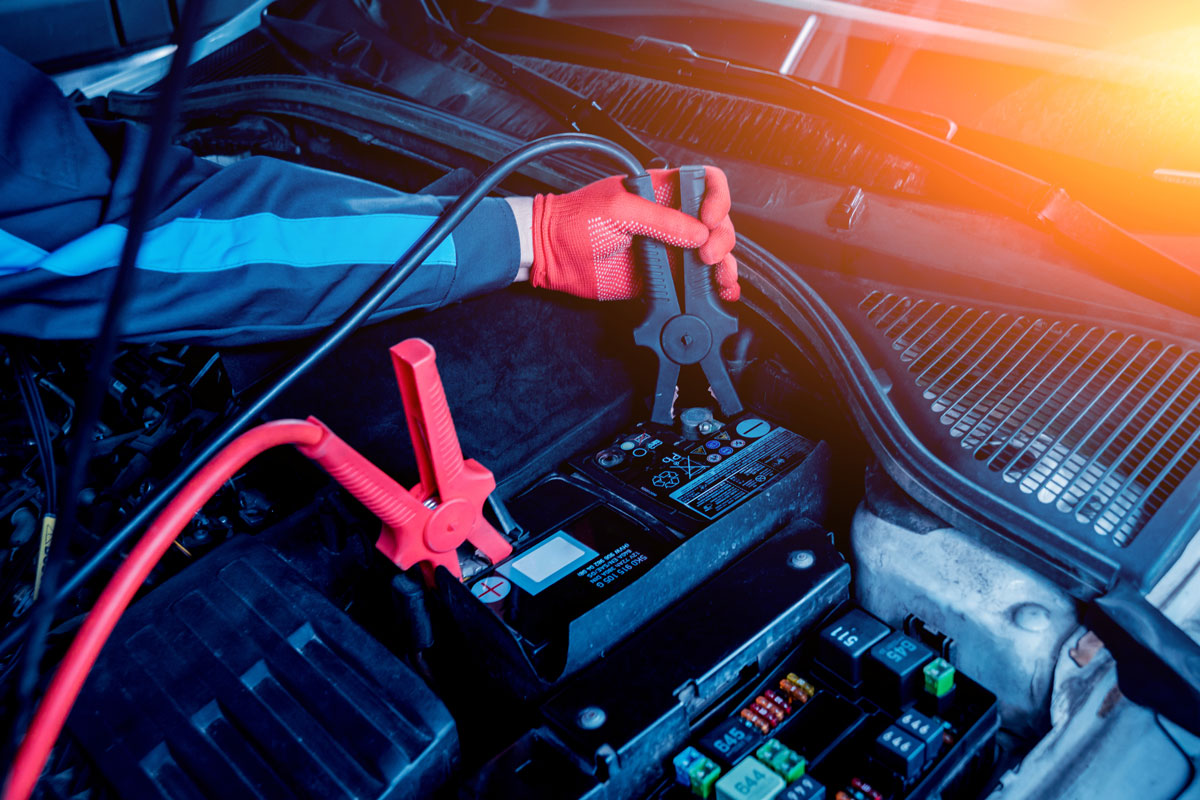 Can I Leave a Car Battery Charger Connected?

Car battery chargers are designed to be disconnected from the battery whenever they have achieved the desired charge. However, it is not uncommon for such chargers to remain connected to the battery for extended periods of time.

High-quality car battery chargers are equipped with safety features that prevent overcharging. However, this doesn't give you the green light to leave the charger connected to the battery for more than 24 hours.

Always be mindful to disconnect the battery charger after it has fully recharged your car battery.

Car battery chargers are generally designed to be used for a limited time. They can be used for 24 hours if the battery is properly discharged, and they should be disconnected after that time.

If you leave the battery connected to a charger for longer than 24 hours, you risk damaging the battery itself and compromising its lifespan.

Trickle chargers are designed to slowly charge a battery over a longer period. When you connect the trickle charger to a battery, the charger will slowly release (or trickle) a low amount of voltage into the battery.

On the other hand, regular battery chargers are designed to quickly charge a battery. When you connect a battery charger to a battery, the charger will begin releasing a steady stream of high voltage into the battery. 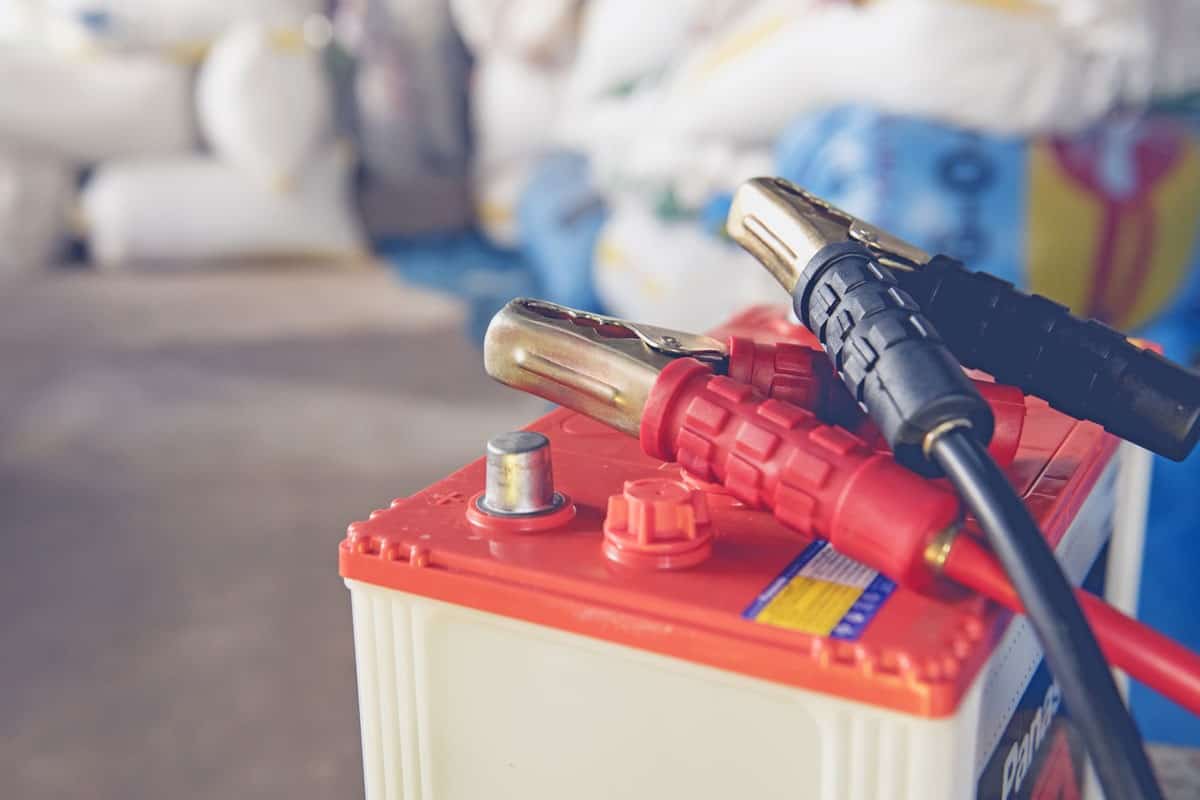 Can I Start My Car While It's Connected to a Trickle Charger?

There are certain conditions that should be met first before starting a car while on a trickle charger. If you are about to start your car, you should know that you should never do it while it is charging, except when charging through the alternator.

First of all, it just doesn't make sense to have your car battery connected to an external battery charger unless you're trying to jumpstart it. This is because your car already has an alternator that will keep your battery charged as the engine runs.

In addition, you need to have the trickle charger plugged into an outlet to get it to work. This means you'll have to eventually disconnect it when you want to start your car. You should make sure that the trickle charger has fully charged the car battery before starting it. 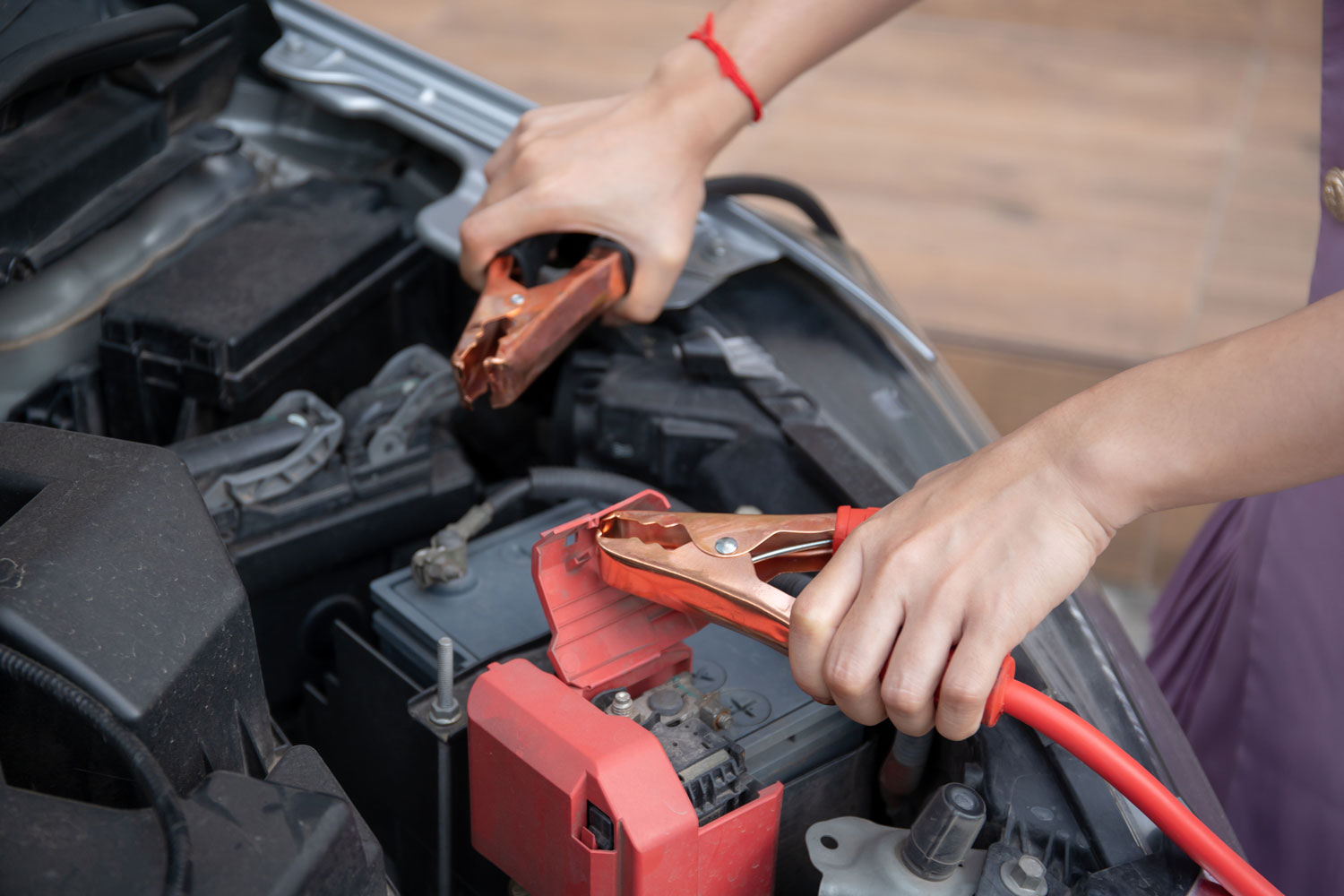 To recap, you have to have an adequate amount of amperage to crank your car. If your charger has sufficient amperage, you will be able to crank your car by jumpstarting it. Make sure you've already assessed the overall condition of the car battery.

A battery that is completely flat has a different jumpstarting approach compared to a battery that just needs a little more juice.

Can You Leave A Trickle Charger On All The Time?

How Long To Charge A Car Battery With 12 Volt Charger