Figuring out a vehicle's capability can feel impossible sometimes. Do you have a Lexus NX but don't know whether it's safe to take it off-roading? Well, we've done plenty of research and have the answer waiting for you. Let's check it out.

Although we don't recommend doing anything too extreme, a Lexus NX will be able to drive off road. This applies to newer 2021 and 2022 vehicles, as older models may not have the same capability. Specifically, the 2022 Lexus NX 350 F Sport will be your best bet for off-road driving.

As we begin, we will cover all things Lexus NX and discuss which models are best for off-roading. Whether you are new to Lexus or want to unleash your inner adventurer, we're here to offer some help. With that said, let's dive right into this topic! 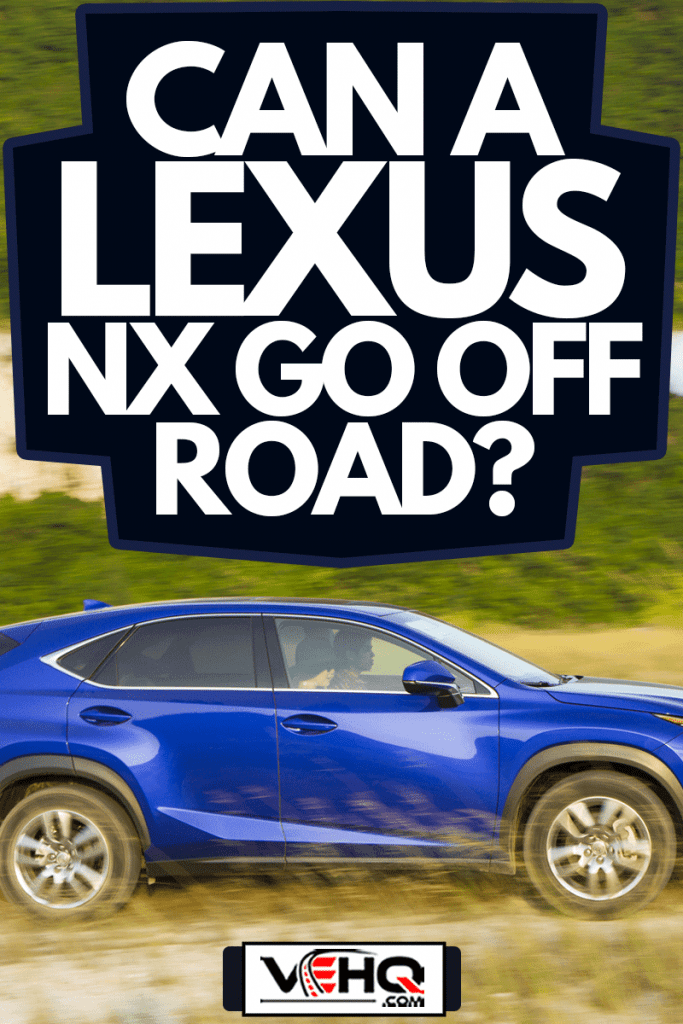 Is The Lexus NX Safe To Take Off Road? 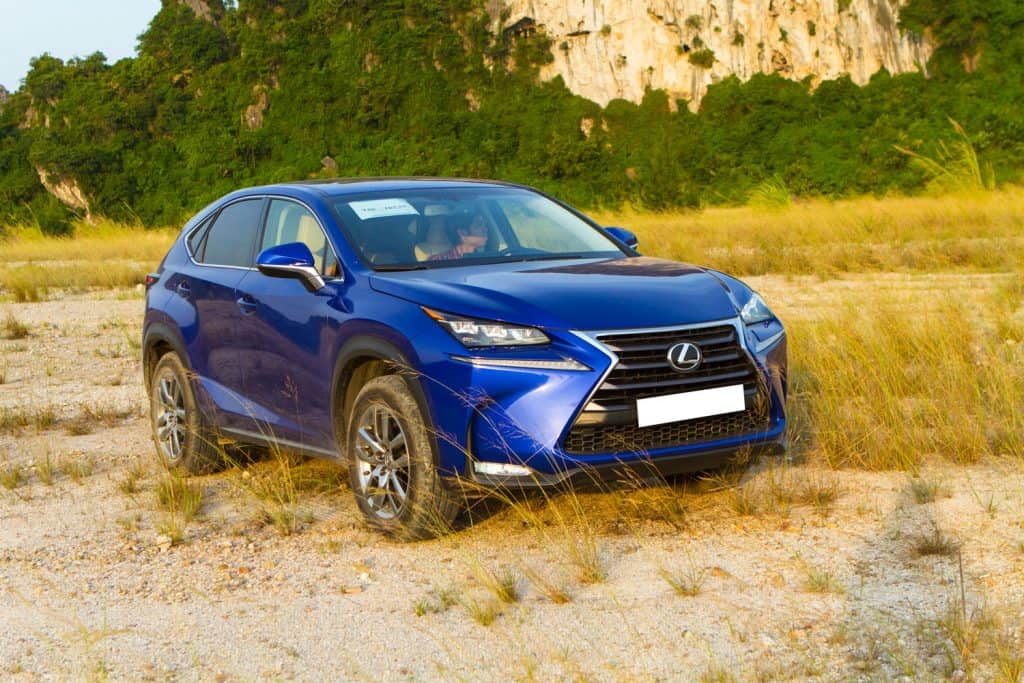 Yes! Specific models of the NX lineup will be completely safe to take off road. As mentioned, the 2022 NX 350 F Sport is a good choice for this year's lineup, while the 2020 NX 300 F Sport is another notable option that many Lexus drivers rave about for its off-roading capability.

On top of that, the 2021 NX 300 F Sport and 300 F Sport Black Line will handle uneven terrain pretty well, so you have a few good options.

Can I Take A Base-Level Lexus NX Off-Roading?

Considering the NX lineup uses an electric AWD system, you should be fine to take one off-roading, although their sportier models will perform best.

That said, some Lexus owners claim that even a standard NX will perform well on light to medium off-roading trails as long as they're in AWD, so that's good news for anyone wanting to try this.

Again,  the Lexus NX is a luxury SUV option, so off-roading may not be the best idea if you don't want to scratch or damage your car.

Does The Lexus NX Come In All-Wheel Drive?

Yes, the Lexus NX lineup will feature all-wheel drive. According to the brand, all NX SUVs will come standard with AWD regardless of their engine's configuration.

How Good Is Lexus All-Wheel Drive?

You can expect the Lexus AWD system to be reliable. Lexus offers AWD across both its SUV and sedan lineups, meaning you don't need to purchase a bigger car to enjoy the perks of all-wheel driving.

Lexus also offers four-wheel drive on top of AWD with many of its vehicles, which is great for those in places with harsh winters or even those who love off-road driving.

Is The Lexus NX Good In The Snow? 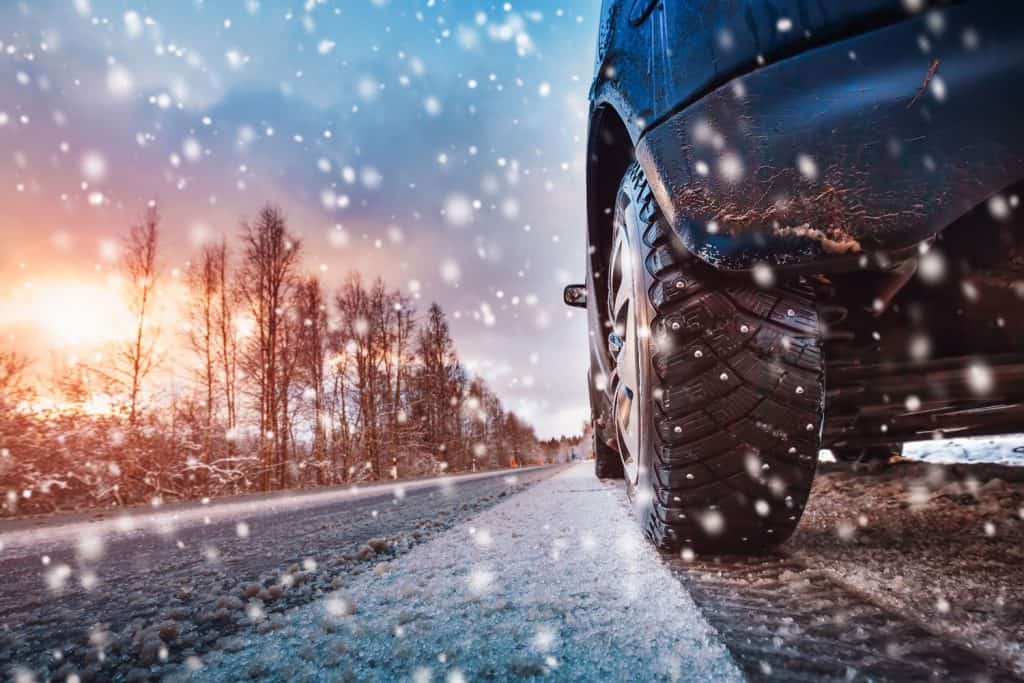 Yes, the Lexus NX will do good in the snow. Considering this vehicle is a high-powered SUV, the NX should check off all of your boxes if you're looking for good winter handling.

Like we covered, the NX features all-wheel drive which will be your best bet if the road is icy or covered in snow. Some NX models will also include four-wheel capability, another great option for wintertime driving.

What Is Lexus Snow Mode?

For those with a Lexus that offers Snow Mode, this is a great added feature for winter road conditions. Recently, Lexus has opted for an added mode in its vehicles with AWD that essentially reduces throttle response for more gradual acceleration on snow and ice.

This driving mode will also detect if one of your wheels starts to slip and calculate the best way to restore traction, keeping you from going off the road. That said, if your NX or other Lexus vehicle doesn't offer Snow Mode, you can certainly use AWD or four-wheel drive instead.

How High Off The Ground Is A Lexus NX?

A Lexus NX will have between 6.9 and 8.2 inches of ground clearance. Although this depends on which model year and trim level your NX is, expect about 7 inches between your car and the ground.

SUVs will typically have a bit more height than the NX offers, which puts it into a more crossover-like category. Of course, there are ways to make an NX higher off the ground, but this will require a lift.

Can You Lift A Lexus NX?

Yes, you can lift a Lexus NX if you'd like to. Most times, you can purchase a suspension or body lift kit for your car, which will add some height to its overall ground clearance.

Especially if you want to use your Lexus NX for off-roading, getting a lift or suspension kit for your vehicle is a great way to make rugged driving more accessible.

How Much Does A Lexus NX Cost? 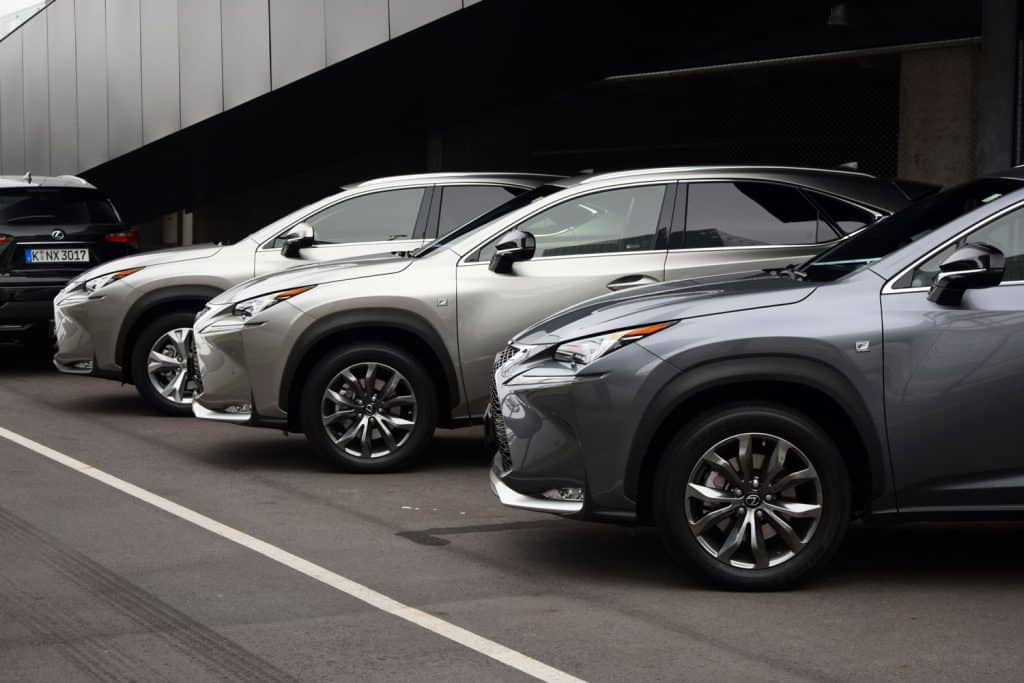 If you're interested in getting a Lexus NX, expect to spend at least $37,950 for a base model. If you want to upgrade your NX to a higher trim, your price may jump up to $45,460, so this is considered a luxury SUV option.

Lexus, in general, tends to fall into a somewhat affordable luxury category, often competing with brands like Infiniti and Acura, so although it isn't cheap, purchasing a Lexus won't necessarily break the bank.

Of course, Lexus does offer plenty of add-ons and comfort packages for their cars, so it's not impossible to spend over $50,000 on a brand new 2022 NX.

Is The Lexus NX Expensive To Maintain?

Although everyone's costs will differ, expect to pay around $7,136 for maintenance and repairs on your Lexus NX during its first 10 years. Considering that Lexus is a luxury brand, this number is impressive, beating out other similar SUVs' 10-year maintenance costs by about $8,000.

The NX also has a 20.47% chance of needing a major repair within its first 10 years, which is roughly 19.09% better than similar vehicles in its class. So overall, we would say the Lexus NX will be pretty inexpensive to take care of.

Considering that one of the biggest competitors for the NX is the Toyota Highlander, it's safe to say that this company knows what they're doing. Of course, Lexus will not be the same as Toyota in terms of quality since it is more luxurious, so try not to read too far into this same ownership.

Is The Lexus NX A Good Car?

Yes, we would agree that the Lexus NX is a good car. Considering that Consumer Reports gave the NX 300h hybrid one of the best fuel ratings in its history, it's certainly a car to watch out for.

On top of that, the Lexus NX scores highly for its wide range of available powertrains, luxurious interior, and driver assistance features, all for under $50,000. The NX lineup is also highly reliable and relatively inexpensive to maintain, so overall, we recommend it.

How Long Will The Lexus NX Last? 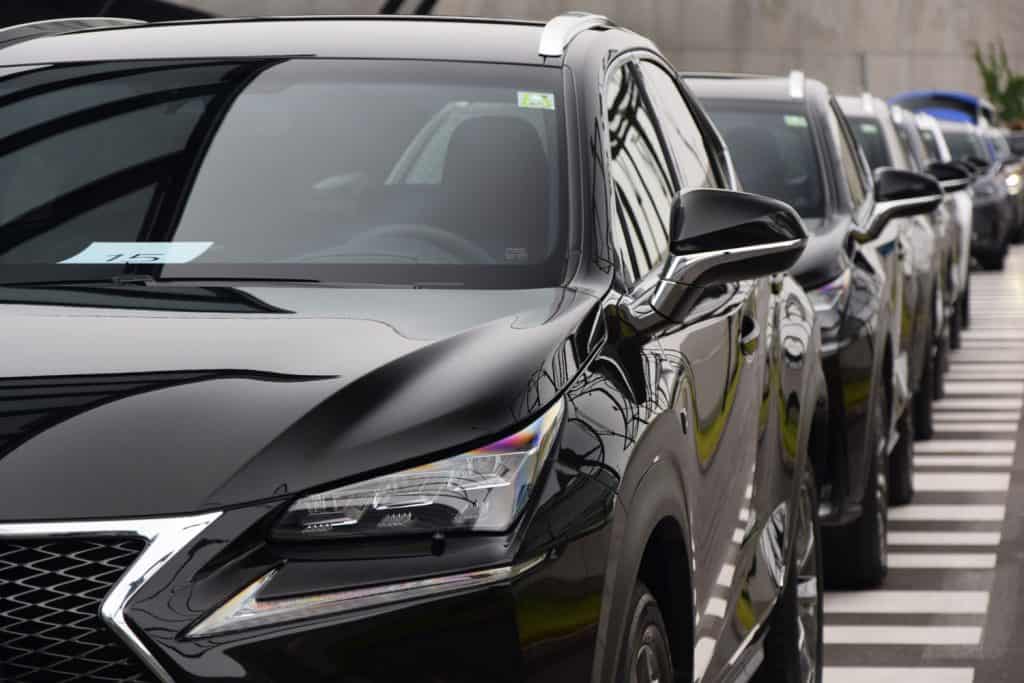 Typically, you can expect a Lexus NX to last about 100,000-250,000 miles or 10-15 years. Depending on how well you maintain your vehicle and whether it's in good shape, your NX may last a bit longer, so regular upkeep makes a difference.

Does The Lexus NX Have Good Resale Value?

Unfortunately, the Lexus NX doesn't have great resale value. Considering this lineup tends to depreciate 45% after 5 years, it's not usually a good long-term investment.

That said, Lexus offers plenty of options for vehicle trade-ins and promises to give its customers as much money as possible for their used car, so we recommend going directly through them when the time comes.

Whether you have a Lexus NX or want to purchase one, it's good to know what your vehicle can do. Newer NX models can go off road, although you should only do this in mild conditions.

Considering this lineup tends to have pretty low ground clearance, you might want to consider adding a lift to your NX so that off-roading won't damage your car. When it comes to AWD and winter capability, the Lexus NX is very impressive in terms of driving/technology, so we recommend it.

Regardless, remember to check out the different NX models if you want to go off-roading, and don't be afraid to try out your SUV's Snow Mode next winter!

Before you go, be sure to check out these helpful related posts down below!

Lexus Won't Start But Has Power - What Could Be Wrong?

Do The Rear Windows On A Toyota Tundra Roll Down?

Toyota Tacoma Limited Vs. TRD Pro - What Are The Differences?