The battery of any all-electric vehicle is the driving force behind it. Once these have reached the end of their useful life, the vehicles they are housed inside of will no longer run, prompting a replacement. But can the battery in a Rivian be replaced? We researched the Rivian in depth so that you'll know for sure what you can expect.

In the unlikely event that you will need to replace the Rivian battery, you will be able to get a replacement for it.

Now that we know that the Rivian battery can be replaced, we'll take a look at how this battery works. You might also be curious how long this battery will last or how much it will cost to replace it. For the answers to these questions and more, read ahead in this post to see what our research has uncovered.

Inside The Rivian Car Battery

If you've ever popped open the hood of a typical car or truck, you'll have to hunt for a moment to find its battery. The batteries in these vehicles are an important component, but they are not what powers them. With an all-electric vehicle, the battery IS the driving force. And it's a lot bigger. 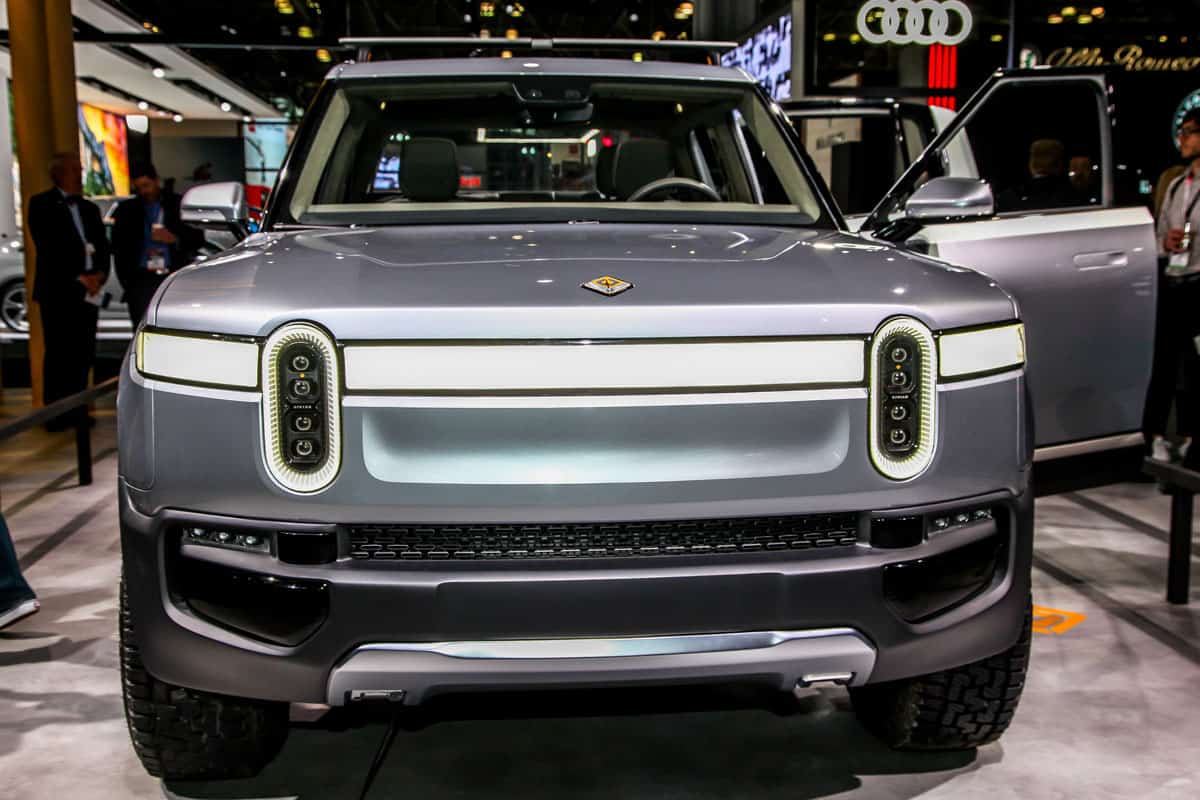 The Rivian is powered by a lithium-ion battery, comprised of nine double-stack modules that contain a combined total of 2,170 cylindrical cells. To give the vehicle the power it needs to accelerate, the double-stacking design stores all the energy it can.

The battery inside the Rivian powers four separate motors, one for each wheel. This design makes the Rivian configured as an all-wheel drive vehicle.

What Kind Of Battery Does Rivian Use?

The Rivian vehicles use a lithium-ion battery to give them the massive amount of power it needs to operate. While the battery technology is the same across all options for a Rivian, there are some options worth considering.

The Standard Battery Pack will let you drive an estimated 260 miles between charges. But if you opt for the Large Pack, you can drive as many as 314 in the R1T or 316 in the R1S. Additionally, the R1T comes with the Max Pack option. This will get your Rivian an estimated 400 miles per full charge.

How Long Will The Rivian Battery Last?

The sticker price of a new Rivian can be enough to give some consumers a bit of pause. But when you factor in how long one of these vehicles can last, it might lead you to believe that the cost between this all-electric vehicle and a comparable gas-powered one balance out.

As Rivian is fairly new to the market, it is difficult to gauge just how long one of its batteries will last. But if the manufacturer's warranty is any indication, you'll find that these batteries will keep your Rivian on the road for years to come.

The Lifespan Of A Rivian Battery 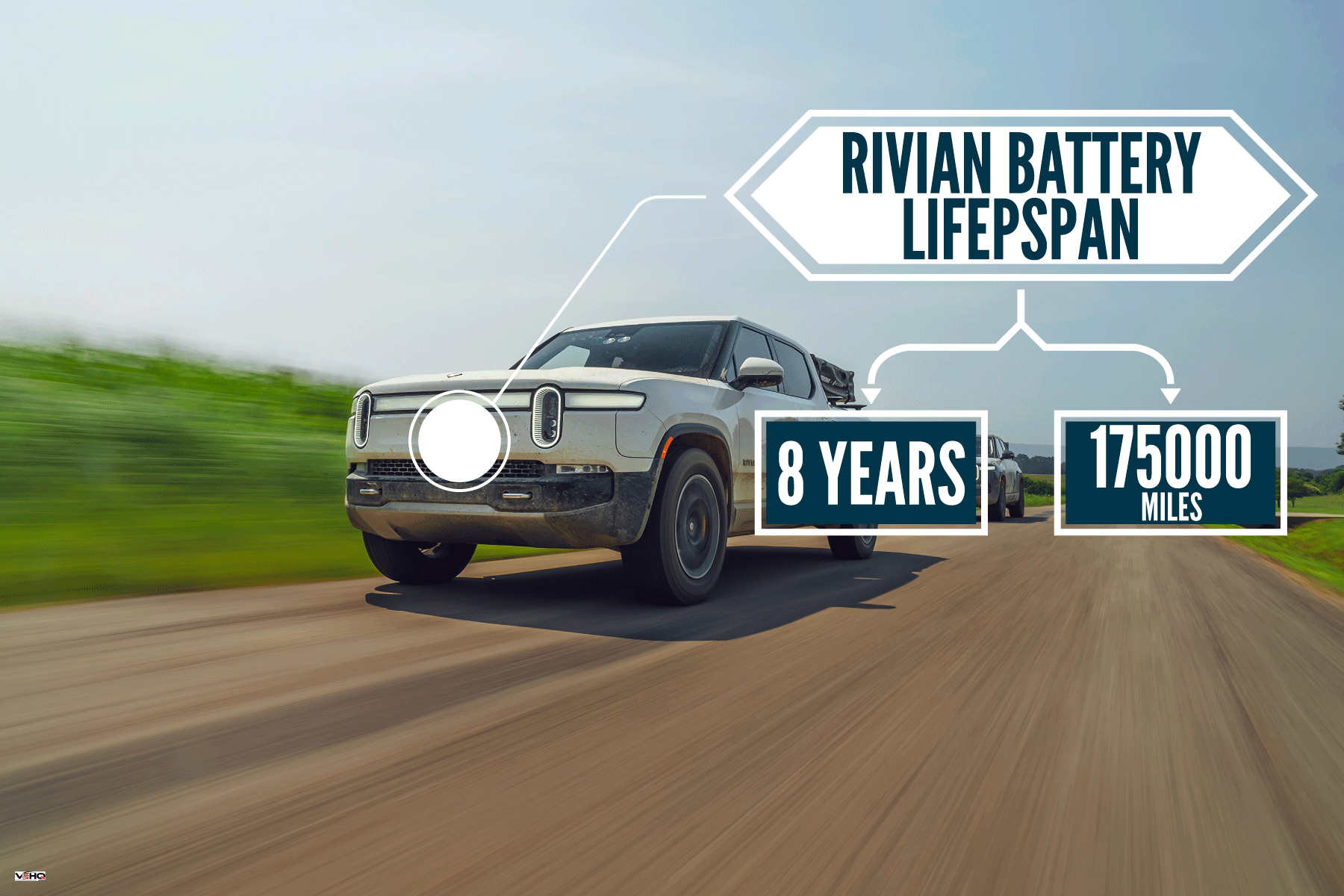 While the majority of the Rivian is covered by a five-year, 60,000-mile warranty, the battery is a separate deal altogether.

Rivian guarantees that their batteries will last at least eight years or 175,000 miles, whichever comes first. It's projected that these batteries, if properly cared for, will last well beyond the manufacturer's guarantee.

To get the most out of your Rivian battery, don't keep it on the charger longer than needed. Overcharging a battery can damage the cells, lessening their useful life. Be aware of how much charge it needs as well as how long you've had it plugged in.

How Long The Rivian Battery Will Last Between Charges

Now that we know the approximate life expectancy of the Rivian battery, you might be wondering how long a battery charge will last. As we discussed earlier in this post, that will depend on which battery pack you select when you purchase your Rivian.

The base model battery, otherwise known as Standard, will yield 260 miles before it needs to be recharged. But if you opt for the Max Pack battery, you can travel as far as 400 miles on a single charge.

Ahead in this post, we'll discuss how long it takes to charge a Rivian battery. For now, know that it's critical that you only use Rivian-approved chargers and adapters for this task.

How Much Will It Cost To Replace The Rivian Battery?

Hopefully, it will be a long time before you ever need to even think about replacing your Rivian battery. But when and if that day ever arrives, it's' a great idea to know how much you'll be expected to pay.

As with any all-electric vehicle, the replacement battery will probably not come cheap. Owners on various Rivian forums have revealed that they've been quoted as much as $12,500 for a refurbished battery. While this is a lot of money, keep in mind that it will buy a lot more years' worth of life for your Rivian. 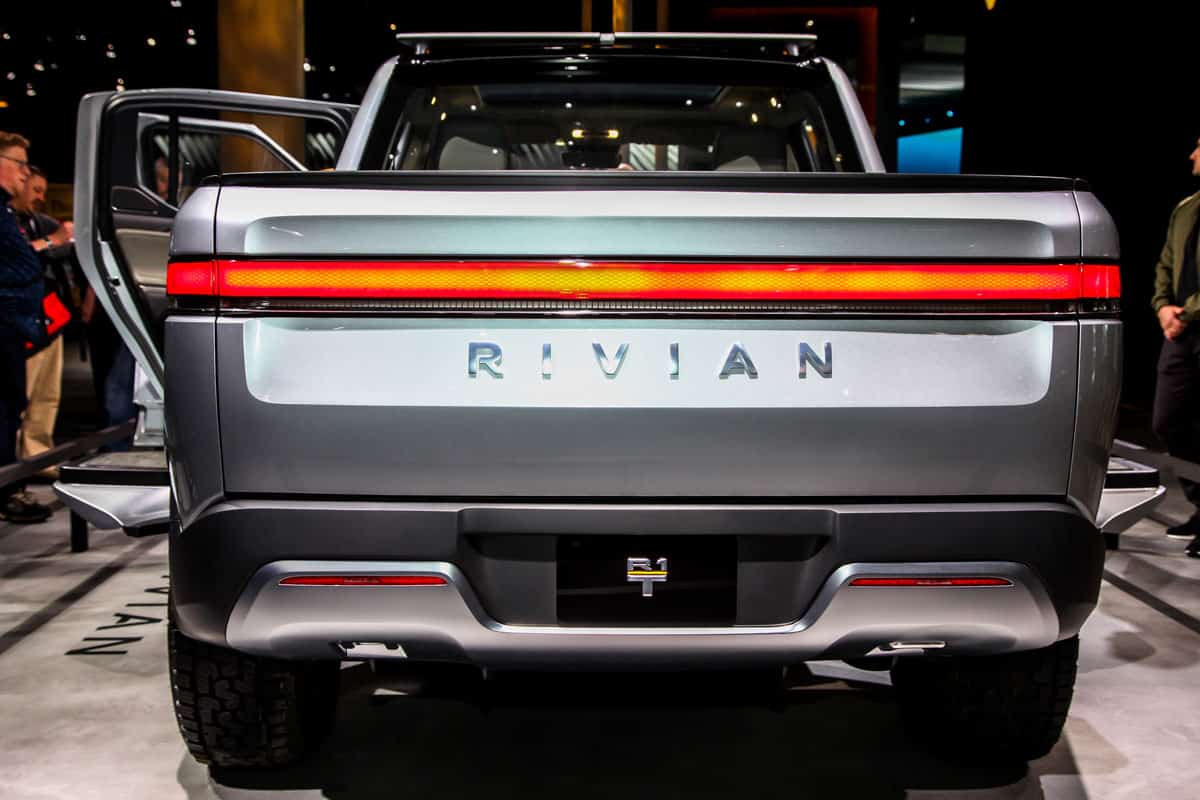 It's also important to realize that as technological improvements are made, the cost of the batteries will decrease.

Additionally, the more units that are sold, the less the batteries will cost. While the battery replacement cost is higher than what you might want to pay today, there's a great chance that it will be a lot less in the future when you are ready to buy a new one.

How Long Will It Take To Charge A Rivian Battery?

When your gas-powered vehicle is low on fuel, it takes just minutes to pull into a gas station and refill it with the fuel that keeps it going. But with an all-electric car or truck, recharging the battery will take a lot more of your time.

Just how long it will take depends on how low your battery is and what kind of charger you are using. If you are using one of Rivian's superchargers, expect it to take more than 70 minutes to get the battery completely recharged when you begin at 10%. At home, however, this is a different story.

The wall charger you plug your Rivian into when you're at home will give it the juice it needs to get you back on the road. But this method of charging is much slower.

Rivian states on its website that you will only add about 25 miles of driving each hour that your Rivian is on the wall charger. If you have a 400-mile range, this equates to 16 hours on the plug. 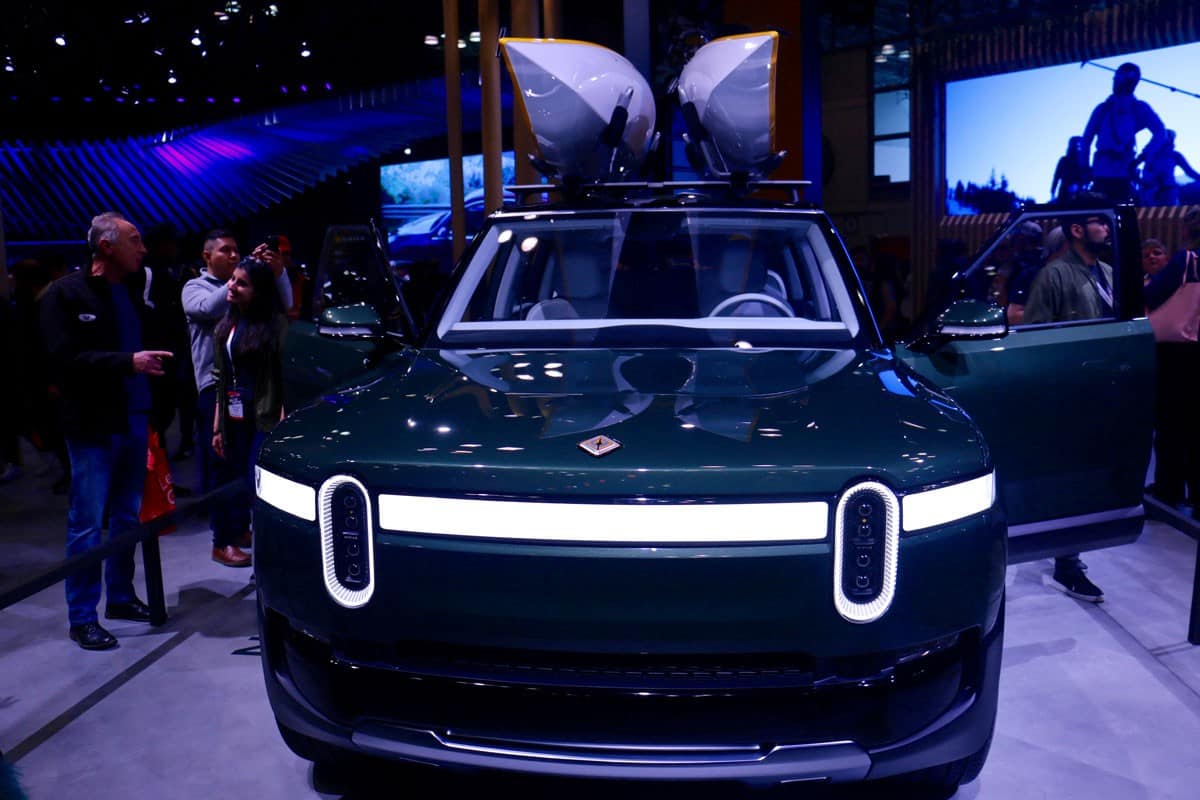 Can I Charge My Rivian At A Tesla Station?

You see Tesla charging stations popping up more and more. If you are tempted to use one to charge your Rivian, you should be aware that this vehicle will not be compatible with the type of chargers that Tesla uses.

That doesn't mean that you are totally without luck, however. There are special charging adapters that you can purchase that will make it possible to plug your Rivian into one of Tesla's power outlets. Doing so does come with some important caveats, though. 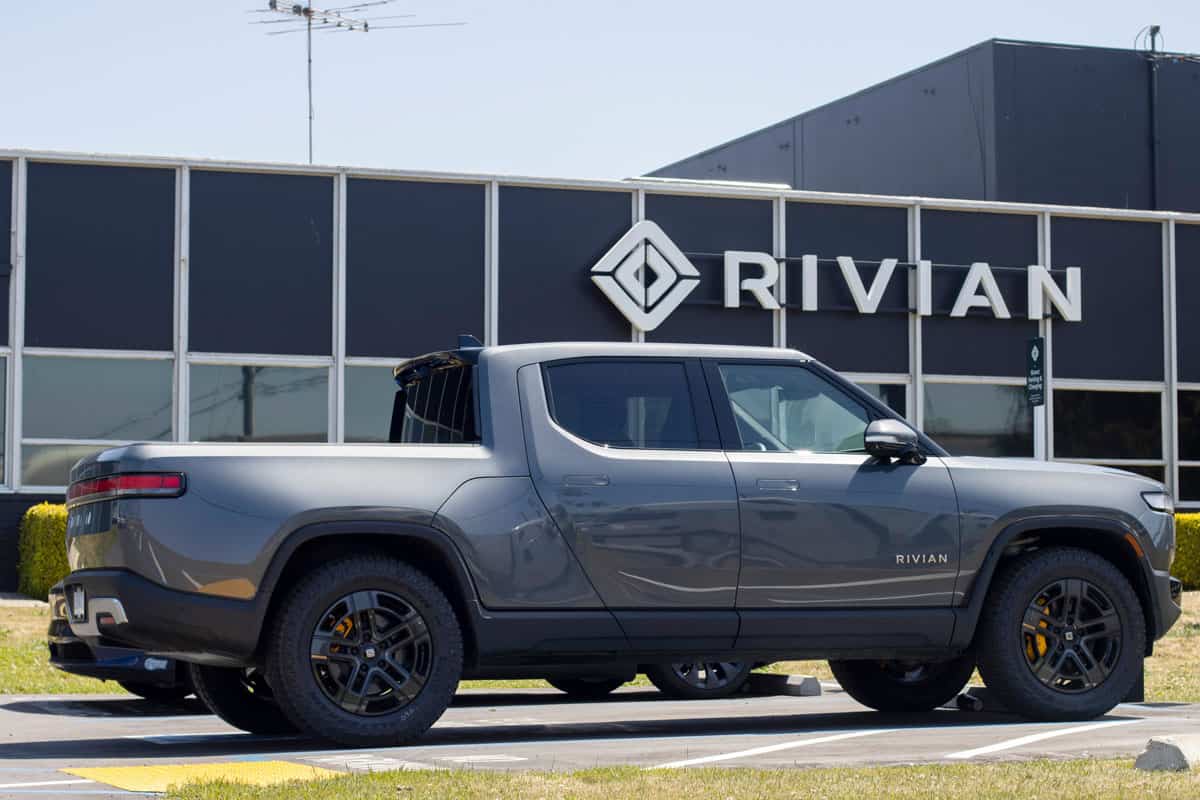 If you get an adapter, be sure it is a quality one. Cheap knock-offs can damage the battery of your Rivian, so be totally aware of what you are purchasing. Additionally, you do run the risk of your Rivian warranty being void if you charge it with any unauthorized charger or adapter. So proceed with caution. 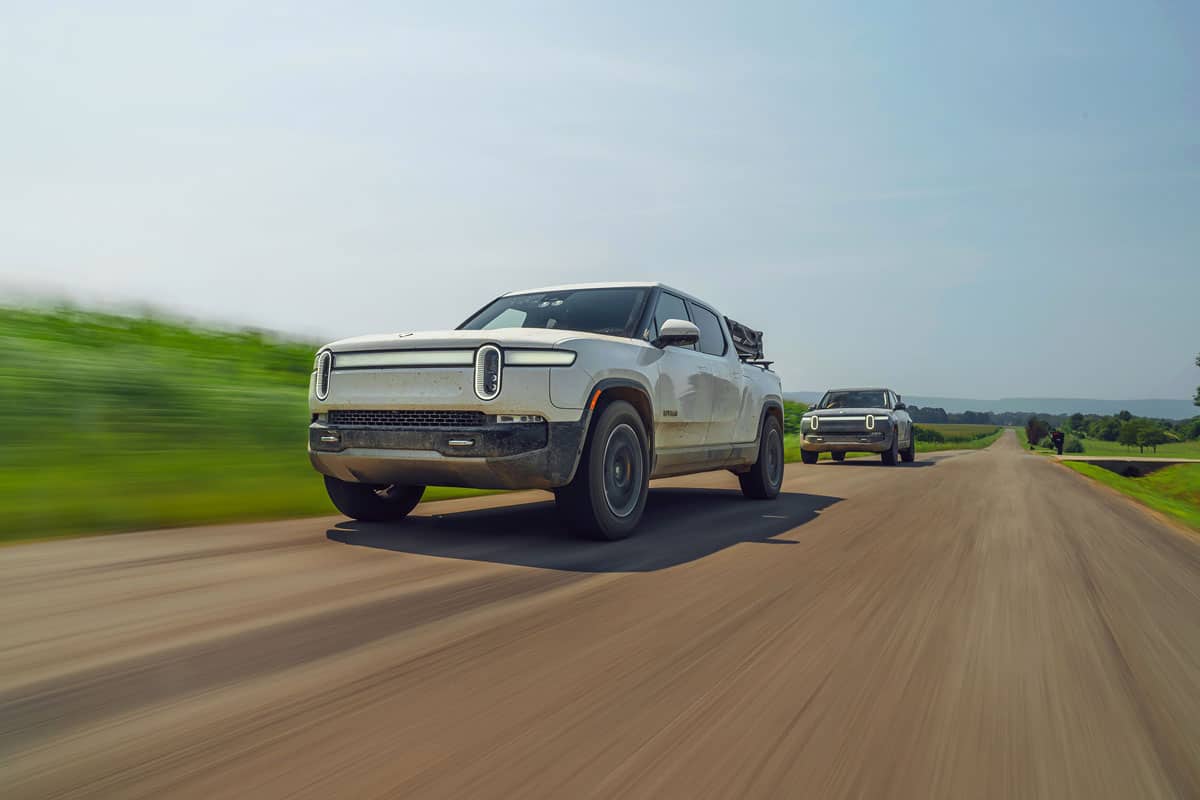 The Rivian battery is a durable and long-lasting component of this all-electric vehicle. While replacing it is expensive today, it's projected to cost less money to do so in the future. Take proper care of your Rivian's battery and you can expect it to be a long time before you ever need to replace this vital part. Drive safe!

We hope this post on the Rivian battery answered all of your questions. For additional information, we suggest reading the following posts:

3 Types of Electric Vehicles (What Every Driver Needs to Know)

Does Rivian Come With Charger?