Winter's beauty, unfortunately, produces a lot of snow that you may be responsible for clearing away. Moving snow by hand can be very strenuous, especially if you have a lot to do. If you own a pickup, you may be able to attach a snowplow to make your job easier. Of course, not all trucks are capable of plowing; so, does the Toyota Tundra plow snow? We've done the research and know whether this vehicle will help you with clearing away snow.

The Toyota Tundra is capable of plowing snow. Before attempting this, make sure you have selected a snowplow that is light enough for the vehicle to carry but strong enough to push the snow. Once you have your snow plow attached, drive long, straight lines to create piles of snow.

Keep reading to learn more about the Toyota Tundra and its snow plowing capabilities! 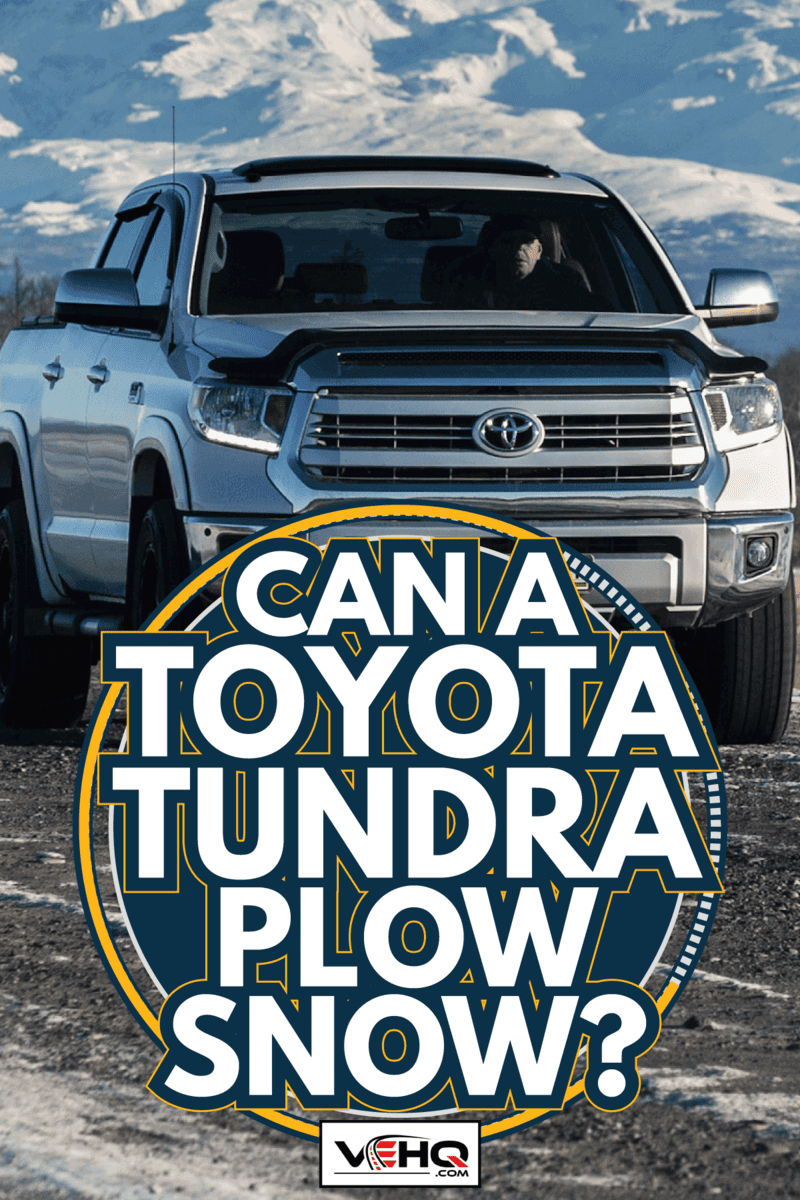 Toyota Tundra and Its Plowing Capabilities

The Tundra has had its fair share of problems throughout the years. Toyota recalled thousands of cars due to frame rust issues, and many consumers reported engine problems. Despite that, the Toyota Tundra has been considered a very reliable truck.

It has won the Kelley Blue Book's award for Best Resale Value multiple years. The Tundra has also won the J.D. Power dependability award for numerous years, including 2021 and 2019.

The 2021 Toyota Tundra has a payload capacity of 1,730 pounds. This vehicle also comes with a V8 engine that produces 381 horsepower at 401 pounds per foot of torque.

The ground clearance for this vehicle varies slightly depending on your specific trim. However, the front clearance is always at least 10 inches.

Both engines will have six cylinders. The i-FORCE MAX is a hybrid engine. The 2022 model is expected to have a payload capacity of 1,940 pounds.

How does Toyota Tundra do in the snow?

With four-wheel drive capabilities, Toyota Tundras come with an A-TRAC system that helps optimize traction on both the front and rear axles. This feature improves the truck's grip on low-traction surfaces like snow, sand, and gravel. The A-TRAC system means that the Tundra should handle very well when driving in snowy conditions.

A rear-wheel-drive vehicle distributes weight differently than other transmission configurations. This weight distribution can make fishtailing or sliding more likely.

Before you can purchase a snowplow, you need to know your vehicle's capabilities. Some important numbers to know are:

At the minimum, you need to know what type of engine you have, how much power it produces, and your vehicle's payload capacity. These numbers will help you determine what size snowplow to purchase and if you're even capable of plowing snow.

When you're pushing snow, you're adding in a lot of extra stress to your vehicle. You need an engine that is strong enough to plow through the snow.

A V6 engine is capable of plowing snow. However, a V8 engine tends to be preferred. Horsepower and torque go hand-in-hand here. You'll want a vehicle with an abundance of each.

Your payload capacity is essential for picking the size of your snowplow. Remember that your truck will be responsible for the weight of the plow and the weight of the snow. Keep this in mind when considering what size equipment to purchase.

The width of your vehicle also plays a role in what size snowplow you should get. If you get one wider than your truck, you'll have to be aware of the added length so you don't hit anything.

Check out this 60" Universal Snow Plow on Amazon.

A vehicle with four-wheel drive and decent ground clearance, like the Tundra, makes it easier to drive in snowy conditions.

You can install snowplows at home and without the help of a mechanic. Each snowplow will come with its own instructions, so it will be best to consult those to install your specific product.

Check out this 2-inch front mount receiver for newer Toyota Tundras on Amazon.

Once everything is installed, you are ready to begin clearing away snow! You'll want to work carefully. Going too quickly can cause unnecessary strain on your vehicle.

It's recommended to keep your speed between 10 and 15 miles per hour. These speeds give you the most amount of control. Driving slower will also protect your car and the plow from any hidden bumps and debris.

You should decide where to push your snow before you begin driving. If you're plowing a driveway, pick a designated spot to move the snow. Choose an area that won't block the road, sidewalk, or any neighboring driveways.

A Toyota Tundra is a light-duty pickup, so it's best not to do much commercial plowing. However, if you are clearing the street, make sure to push snow towards the side of the road and not the center.

Once you've decided where to collect the snow, work in slow, straight lines. If the snow is dense, you may have to clear the same area multiple times. You can avoid that in the future by removing the snow sooner. Plowing snow once it's an inch high can help you maintain a clear area.

How much horsepower do you need to plow snow?

What years did Toyota Tundra have bad frames?

Unfortunately, this wasn't the only time that Toyota vehicles faced premature rusting issues. In 2009, 110,000 Tundras were recalled because of this rusting problem. Before that, Toyota issued a recall on Tundra vehicles from the years 2000 through 2003. 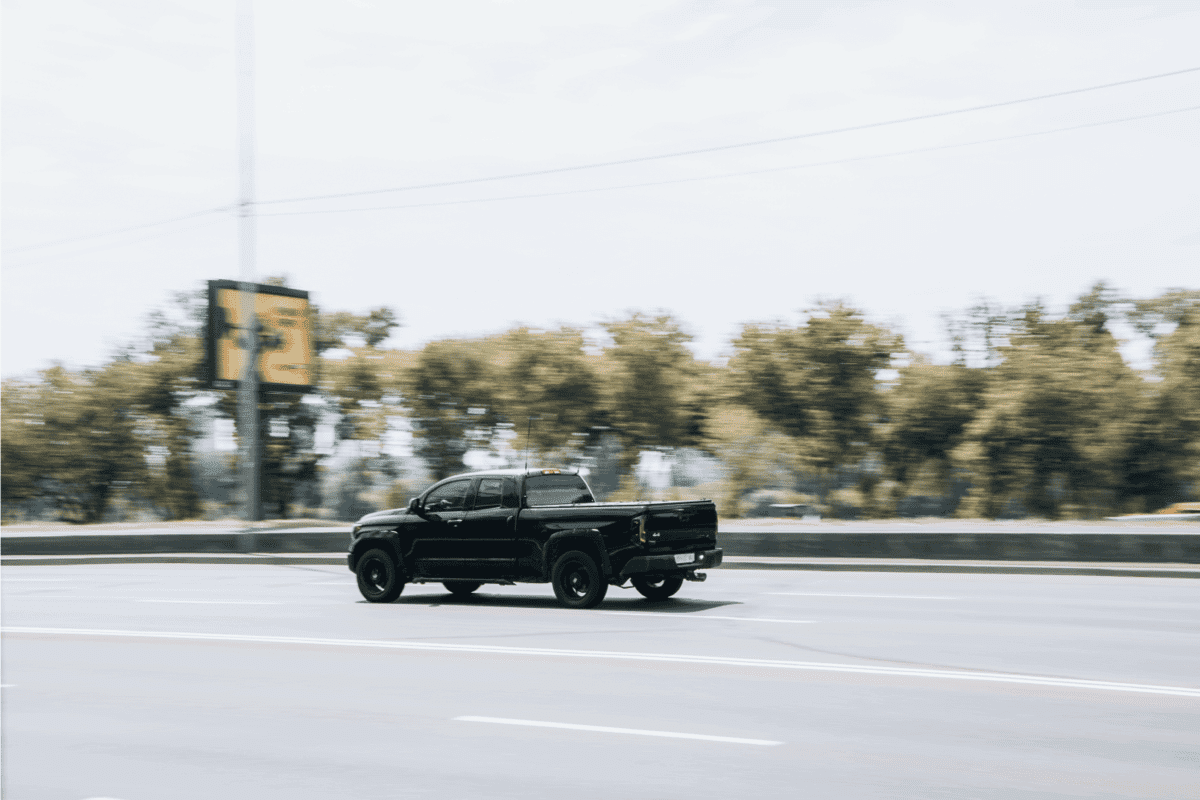 What problems do Toyota Tundras have?

Like many vehicles, the Toyota Tundra has had its fair share of problems throughout the years. Aside from the ongoing frame rust issues, the Tundra has experienced engine problems, air pump failures, fuel system issues, brake failures, and passenger airbag failures.

CarComplaints considers 2012 to be the Tundra's worst year. Some of the most severe issues during that year include engine problems, fuel system problems, and brake issues.

There haven't been many complaints logged for the most recent Toyota Tundras. However, the 2018 model has experienced brake problems, electrical problems, and engine problems.

How reliable is the 2021 Toyota Tundra?

J.D. Power considers the 2021 Tundra to be a very reliable truck. The car scores an 86 out of 100 in Quality and Reliability. This score was determined by taking hundreds of thousands of reviews from verified consumers.

The Tundra's high score means that the 2021 model had few flaws or malfunctions. On top of that, J.D Power also ranked the 2021 Tundra as the second-best large light-duty pickup. It is tied with the Nissan Titan. 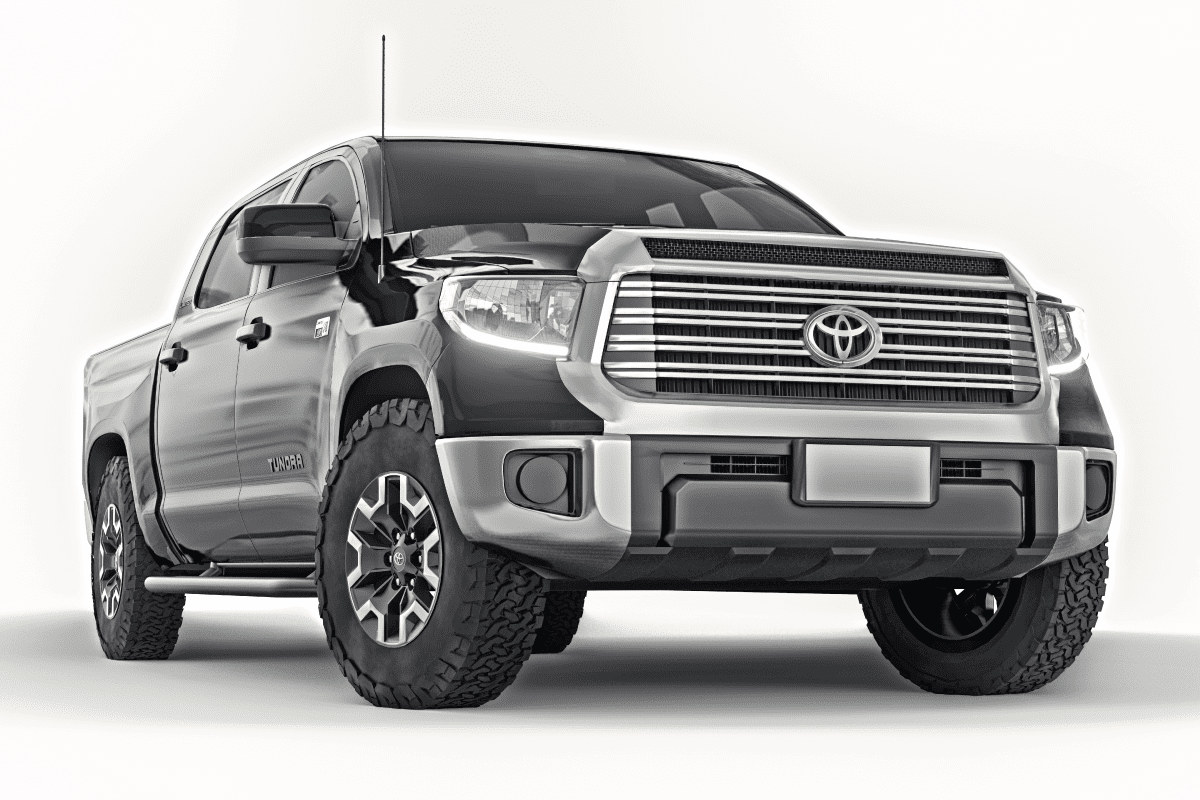 The Toyota Tundra is a dependable vehicle that can even tackle your snow-filled driveway. Before using your truck for snowplowing, make sure you get the proper equipment and read all instructions before beginning!

You may also enjoy the following:

Taking Your Toyota Tundra Off-Road? Here's What You Need To Know

Are Pickup Trucks Good In Snow?