Your car uses a considerable number of different parts to run smoothly and properly. With that in mind, do you think it needs every one of those mechanical parts to work? If it doesn't have one of those parts, like a catalytic converter, will it still get you from point A to point B? We have done a lot of research on catalytic converters so that you can know just how important that part is in your car!

Even without a catalytic converter, your car will still run. However, your vehicle may be negatively impacted by driving without this part in the long run. Not to mention that there may be some legal issues and fines associated with not having a catalytic converter depending on your area. There are also some very noticeable side effects to not having it in your car's exhaust system.

Just because you can remove something from your car doesn't mean you should. Of course, there are other reasons why your catalytic converter might disappear. Theft of this specific part is also a big problem in all areas. While it's good to have an overview of the consequences of missing a mechanical part to your car, it's even better to have in-depth knowledge. Make sure to keep reading below for a more detailed description of what happens if you drive without a catalytic converter! 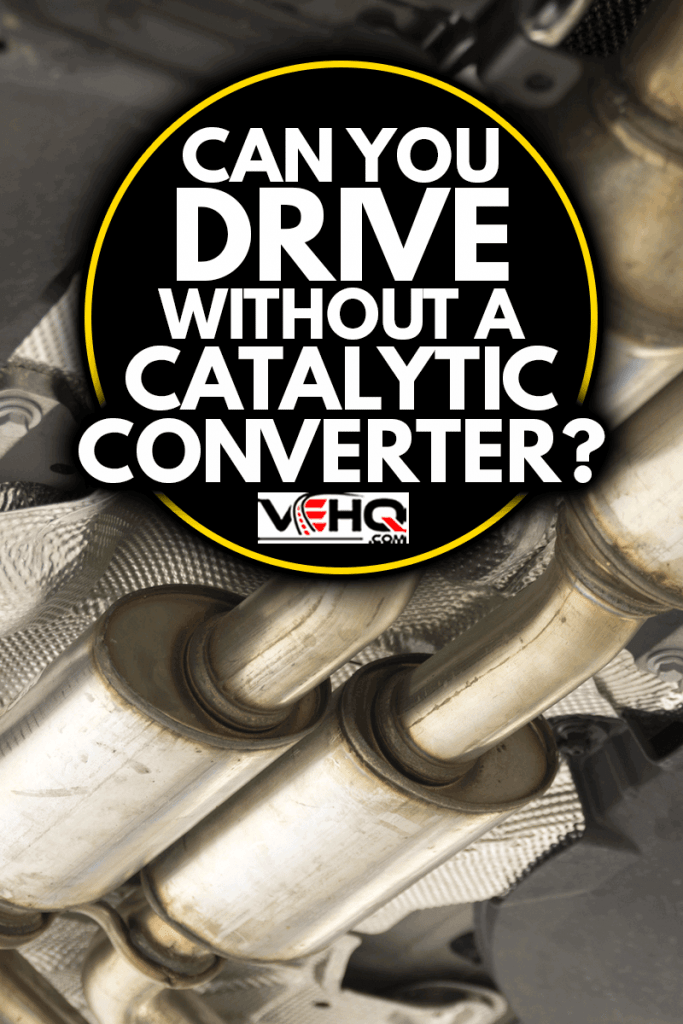 Driving Without A Catalytic Converter

For a part that used not to exist at all, catalytic converters have become pretty important. They have less to do with making your vehicle run and more to do with how efficiently it runs. Unfortunately, theft, damage, and malfunctions are very common occurrences with all vehicles. Due to that fact, it's good to know what happens when a part of your car is gone or not working.

Why Does A Car Still Run Without A Catalytic Converter?

The job of a catalytic converter takes place in the exhaust of all modern vehicles. Its job is to act as a filter for the exhaust. Engines create toxic gases, and catalytic converters help to remove some of those toxins before they are released into the environment from your tailpipe. This part is very important for modern cars because of how much it helps cut down on negative emissions released into the air.

Catalytic converters are not a part of the internal mechanical system of your vehicle that makes it function. They're also not part of the brake or driving system. So your car with still start and drive, without the converter in place. If you need to use your vehicle without one, you can, but there are still adverse side effects that can occur if this situation happens.

How Does Driving Without A Catalytic Converter Harm Your Car?

This topic is debated among mechanics and experts everywhere. Many say that not having a catalytic converter will negatively impact the driving ability of your car. Also, acceleration may be clunkier and less smooth without the catalytic converter. Other's claim that it won't ever negatively impact the health of your vehicle. Everyone agrees that you will fail state emissions testing without one and possibly get fined depending on your area.

Is It Illegal To Drive Without A Catalytic Converter On Your Car?

The answer to this question heavily depends on where you live. Some states have emissions testing laws that your vehicle has to pass. In those states, you will be fined for not have a converter. However, in the states where emissions testing doesn't exhaust, it is far more common not to have this part. It is illegal to remove your catalytic converter except for under strict and specific scenarios.

To know the full extent of the laws regarding catalytic converters in your area, you should look up the guidelines on your state's website. There are also situations where some vehicles do not need a catalytic converter. For example, in some states, if it is licensed as an "off-road only" vehicle, then it doesn't need to have this part.

What Does Your Car Sound Like Without A Catalytic Converter?

In a word, loud. The sound of your car is the first big sign that your catalytic converter is gone. Your vehicle will roar when you start it up. It will also be significantly louder than you're used to. The volume of your car will only increase when you drive it. Pressing on the accelerator will cause the exhaust to become even louder. Increased noise is a result of the exhaust not functioning correctly due to the missing part. 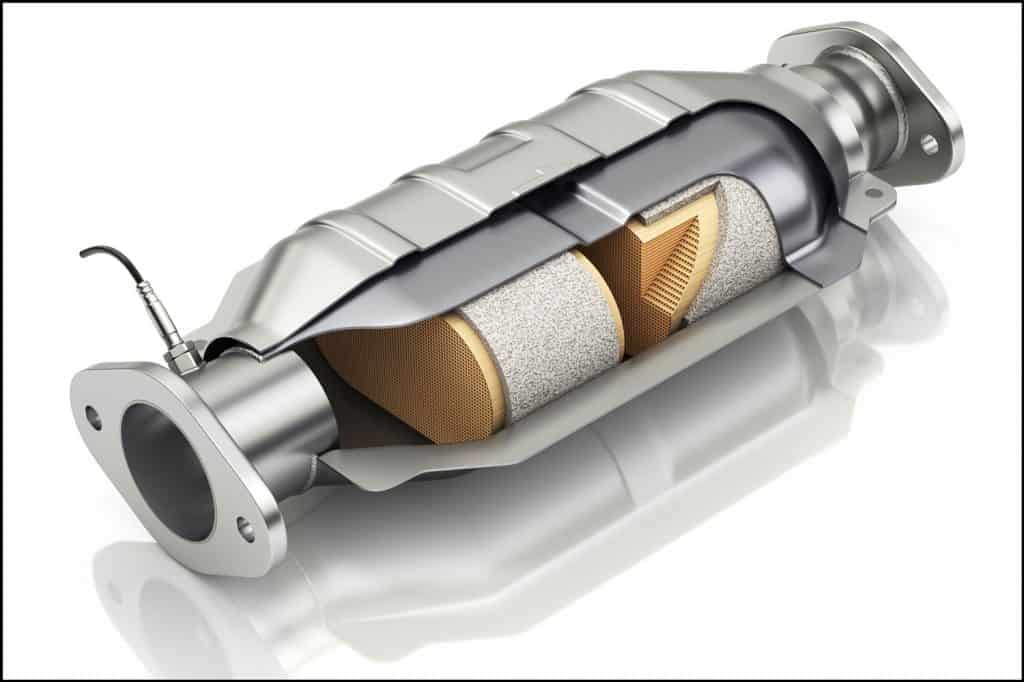 Learning that you can drive without a catalytic converter is good to know if you need your vehicle when it's missing. Knowing the ins and outs of still using your car helps even more. However, there may still be some information regarding this missing part that you'll want to know.

What Happens If I Remove The Catalytic Converter?

A few different things will happen. First of all, depending on your area, there will be legal consequences. Many states require you to have them and not tamper with them. The E.P.A also requires you to have them in many states. Aside from legal issues, your car will be much louder and likely drive rougher. Some individuals want to remove their catalytic converter to try and boost their vehicle's horsepower. Whatever the reason, removing it isn't worth the possibly substantial negative side effects.

Does Removing The Catalytic Converter Damage The Engine?

Most agree that removing the catalytic converter will not damage your vehicle's engine. Many individuals believe that it will do the opposite. With the converter regulating the exhaust, your engine might perform more efficiently. Even if this is true, it's not worth the adverse side effects. The legal issues alone are a great reason to keep your catalytic converter where it is.

How Long Can I Go Without Replacing The Catalytic Converter?

Many individuals wonder about this question since replacing catalytic converters is very expensive. So it makes sense that you would want to try and drive it for as long as possible while figuring out what to do. Due to this part being so expensive and its placement in your vehicle, it costs a lot to replace.

When it comes to your vehicle running, it can still do that for a long time. Your car will not break down because it doesn't have this part in it. However, thinking about how long you can legally go without one is another issue. If you live in a state where emissions testing is required, your vehicle will fail that. Your area and need for your car have to be weighed when deciding how to proceed in this situation.

Why Do Catalytic Converters Get Stolen?

Catalytic converter theft is an ongoing problem no matter where you live. The main reason for this is that they are made out of very valuable materials. These materials like platinum and rhodium fetch a good price at any scrap shop. Depending on the car, the converter is made of different precious metals and expensive materials.

Another reason for the theft is that the actual act of stealing them is pretty simple. Thieves don't have to get in your car or under your hood. They have to access your vehicle's exhaust and bring a metal hand saw. This is a big reason why cars that are higher off the ground, like SUVs, are more common targets. Criminals can gain access to these vehicles' catalytic converters very easily. 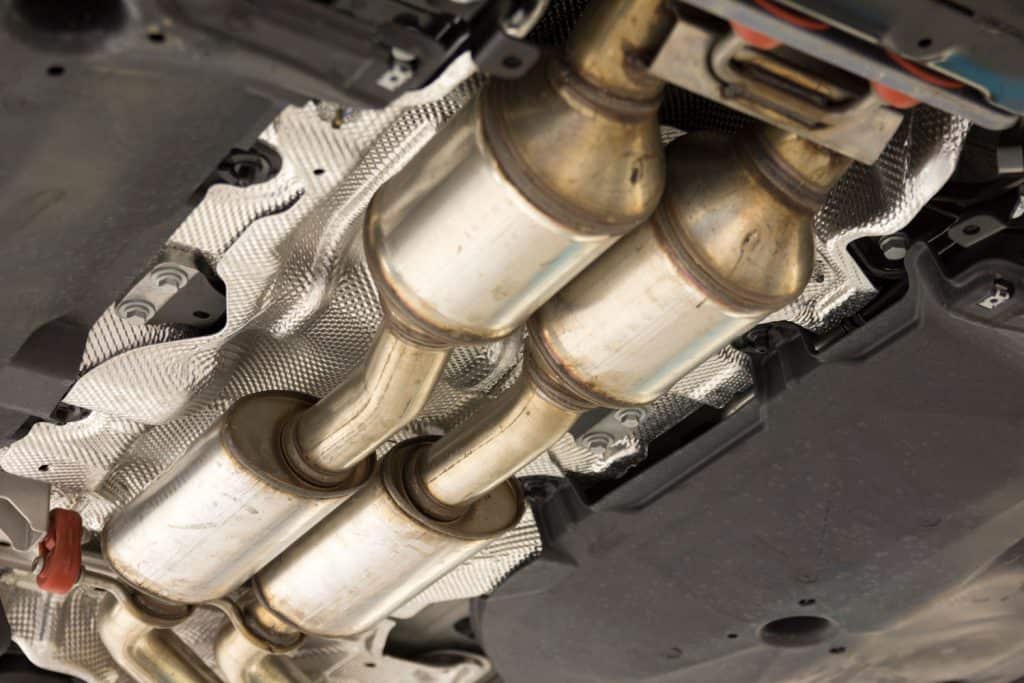 You can drive a vehicle without a catalytic converter, but doing so has its costs. Many wish to remove this part from their car because they believe there are benefits to be had. Some just like the louder noise it makes. However, doing so will likely cost you legally. It's illegal to remove your catalytic converter except under strict guidelines. If this part is stolen from your vehicle, you should report it right away so you don't have to deal with legal ramifications. Either way, if you need to get home without one in your car, you can certainly do that.

To learn more about your vehicle's exhaust system, make sure you click on the links below!

Why Is My Car Dripping Water?