There may be times when you need to jump-start a truck with a car. However, you may wonder if it is possible or if jump-starting a bigger vehicle with a smaller one will damage either. We have consulted experts in this field, and here's what they have to say:

It is possible for you to jump-start a truck with a car and also very safe. But always make sure the jumper cables are well connected.

Jump-starting a truck with a car will not cause any damage to the smaller car or the truck when done properly.

We'll cover all the ins and outs of how to jump-start a truck with a car, including a step-by-step breakdown and some other considerations. We'll also see what you should do after jump-starting your vehicle. Read on to learn all about it! 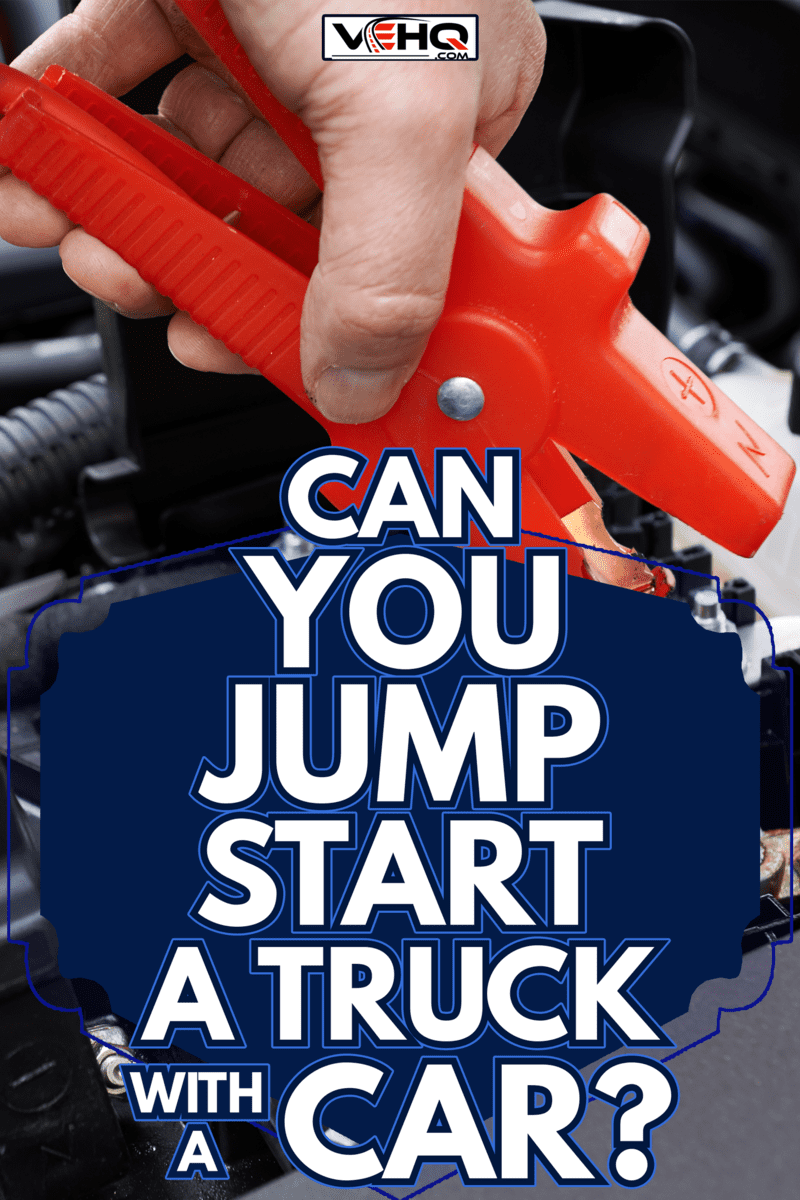 How To Jump Start A Truck With A Car 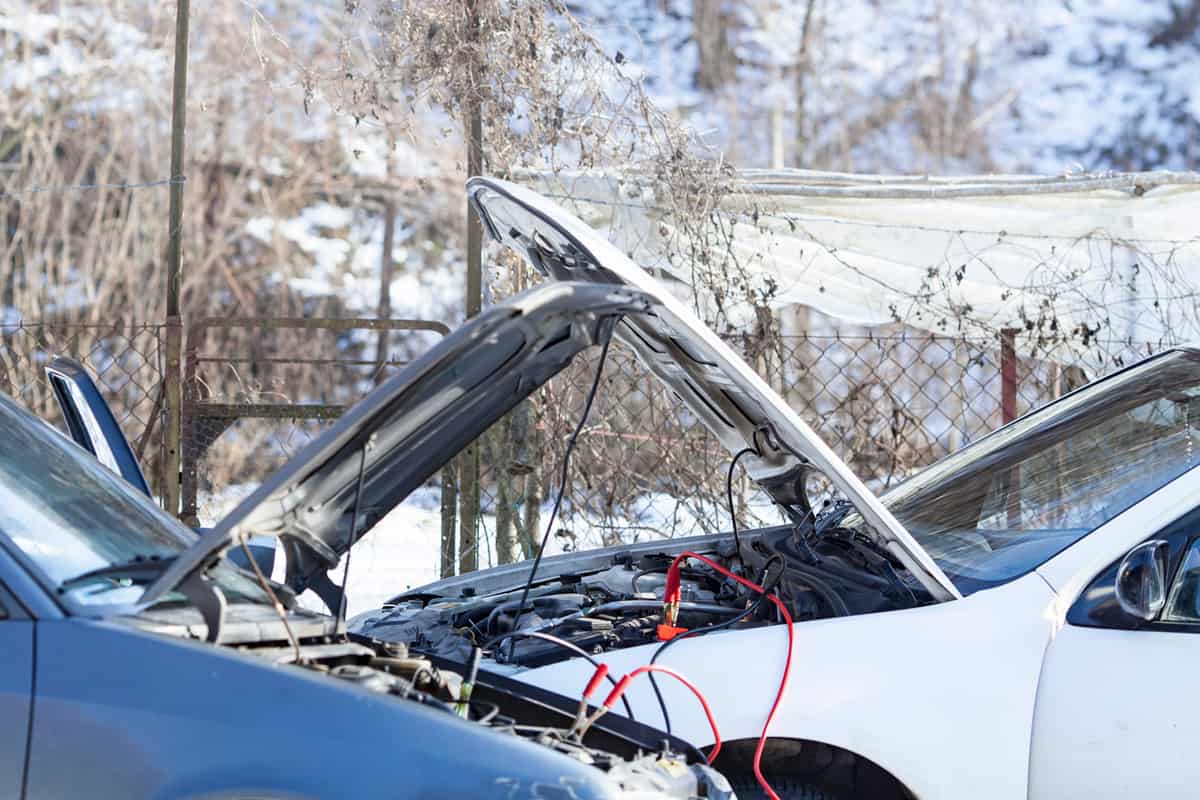 If the battery of your truck is dead or weak, then it needs to be jumped. Here is the step-by-step processes for jump-starting a truck:

Step 1: Park Both Vehicles Close To Each Other

Before beginning this procedure, park the donor car and the truck close to each other, about 18 inches apart should be fine. However, make sure they are not touching each other.

Step 2: Turn Off Both Vehicles

You should turn off both vehicles and remove their keys. Then set down the jumper cables on the ground, and always make sure the clamps are not in direct contact with each other.

Step 4: Rev The Engine Of The Donor Vehicle

After connecting the jumper cables to your car and truck, the next thing to do is to slightly rev up the engine on the donor car, allowing it “charge” up the dead battery. You only need to do this when the battery is completely dead.

Is It Bad To Use Your Car To Jump Another Car?

Using your car to jump-start someone else’s will not cause any damage to your car. They would just take charge of your car's battery but your battery will get recharged when you use your car. If the procedure is properly done, neither car will be damaged.

However, your car may get damaged if the jump-start is incorrectly done. If you do not have the right type of battery and cables, you may damage both cars.

How Long Do You Run A Car After Jumping It?

After jump-starting your car, you should allow it to run for at least 30 minutes. This charges your battery.

It's more effective to drive around instead of leaving your car running while parked. This will help to fully charge your battery so it will be less likely to die in the future.

Is It Bad To Jump Start A Car Multiple Times? 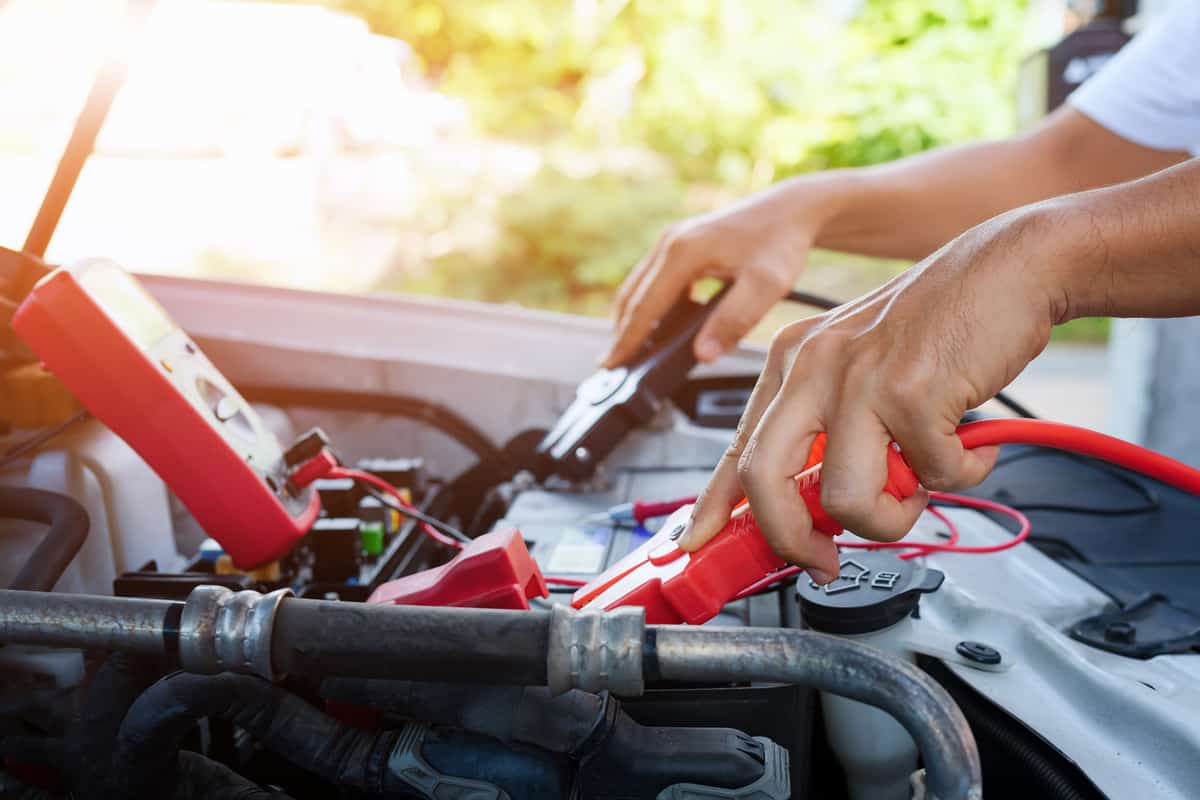 Jump-starting your car multiple times is not advisable. Apart from draining your battery, carrying out this procedure often puts your car components at risk of damage.

If your car requires a jump-start multiple times in just one week, then you should consider getting a new car battery.

Furthermore, jump-starting your vehicle too many times cause issues with the engine alternator.

If the dead car refuses to start, you should give the battery more time to charge. If this doesn't work, then it’s possible that the car battery is totally dead and should be replaced.

Do I Need To Change Battery After Jump Start?

However, if you leave it running for 30 minutes and still need to jump-start it afterward, your car may need a new battery or alternator.

The alternator helps charge the battery as it runs. If you notice that your battery is still dying after running the engine, you should try checking the battery or the alternator because one or both may need to be replaced.

How Long Does A Jump Take To Start A Car?

As a car owner, you may be wondering how long it takes to jump-start a car. Some jump-starts work almost immediately, but the process can be a bit longer if your battery is totally dead.

Even if you have a completely dead battery, you can be able to jump the car in a few minutes. If the process starts taking longer, this means you might have made some mistakes while hooking up the cables

If this isn't the case, then there could be a problem with your car that prevents the battery from getting power to the starter.

What You Shouldn't Do When Jumping A Car?

There are things you shouldn't do when jumping a car because they may put you at risk. Here are some of them:

Is It Normal For Jumper Cables To Spark? 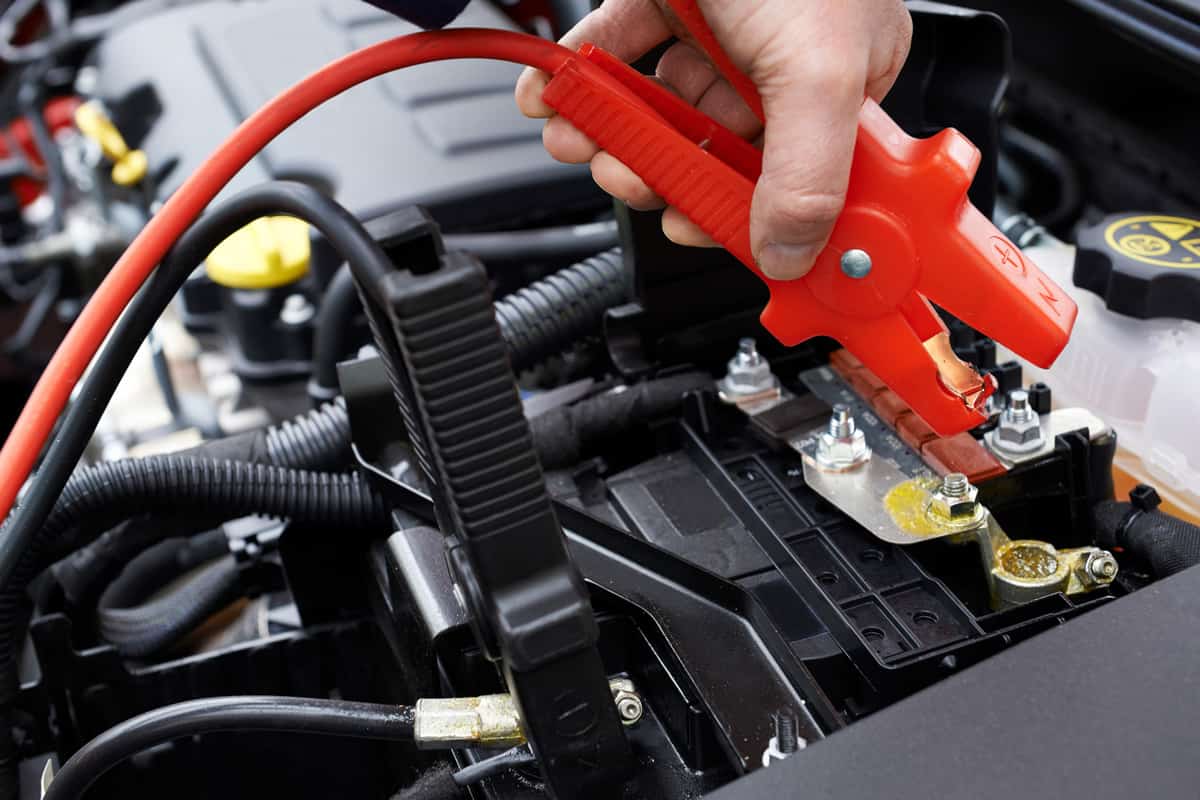 Most people carrying out a jump have revealed that the cables usually spark during the process. This is why you need to connect the negative cable to the car's body.

Avoid connecting this cable to the negative post of the battery so sparks won't occur. If there are sparks near the battery where flammable hydrogen gas is likely to be present, an explosion may occur.

Sparks put you at risk since it could lead to a battery explosion and the battery acid may end up on your face. So, you should connect the negative jumper cable to the car's body, not the negative post. Always remember to connect the cables properly.

When connecting the battery cables, it is better to fix the positive cable before the ground cable. Make sure the cables are not touching the free end that is yet to be hooked into another battery while the jumpers are attached to the first.

Can You Jump-Start A Car That Has Been Sitting?

If your car has been parked at a place for so long, there is a chance that the battery is already drained, and jumpstarting the vehicle won't be easy.

Whether the car starts working or not greatly depends on the battery and also the number of months or years the car has remained idle. When jumping a car that has been parked for a long time, you should leave the jumper cables connected for a longer time.

Alternatively, you can get a battery charger, connect it to the dead battery, and charge it instead of jumping. 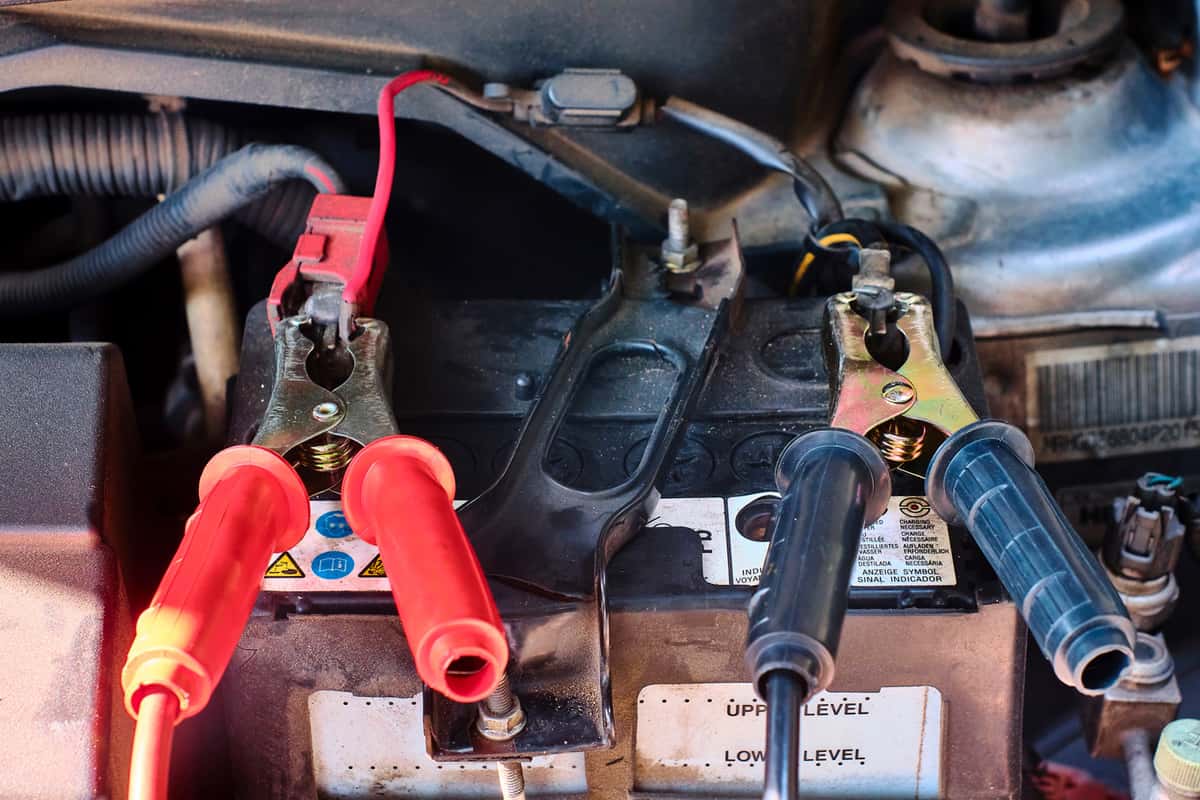 Now we know that it is perfectly safe to jump-start a truck with a car and the process to do just that.

The most important thing to remember when jump-starting your car is that you should never attach both sets of jumper cables to the same battery terminal.

If this happens, it can cause serious damage to your vehicle’s electrical system and can even result in an explosion.

Also, remember to turn off both cars before beginning the process. When jumpstarting a truck with a car, you should follow safety precautions to avoid putting yourself at risk.

If you enjoyed reading this post, be sure to check out these similar articles:

Can You Jumpstart A Hyundai Ioniq (And How To)?

How Long Can A Deep Cycle Battery Last Without Charging

How To Replace Battery In A Hyundai Key Fob