No matter where you are, it's frustrating to experience your vehicle not starting up. The Hyundai Ioniq, like many hybrid vehicles, comes with two different batteries. The car's different design may have you wondering what to do if your hybrid vehicle's battery dies. We've done the research and can tell you what you need to do if the battery for your Hyundai Ioniq is dead.

It is definitely possible to jumpstart a Hyundai Ioniq. To jumpstart your hybrid vehicle, you should:

The Hyundai Ioniq also comes with a 12V Battery Reset Switch. You should use this button before you try to jumpstart your vehicle the traditional way.

Jumpstarting your car's battery can be dangerous if you're not careful. Keep reading to learn more about safely jumpstarting your vehicle, how long the Ioniq's batteries last, and more important information! 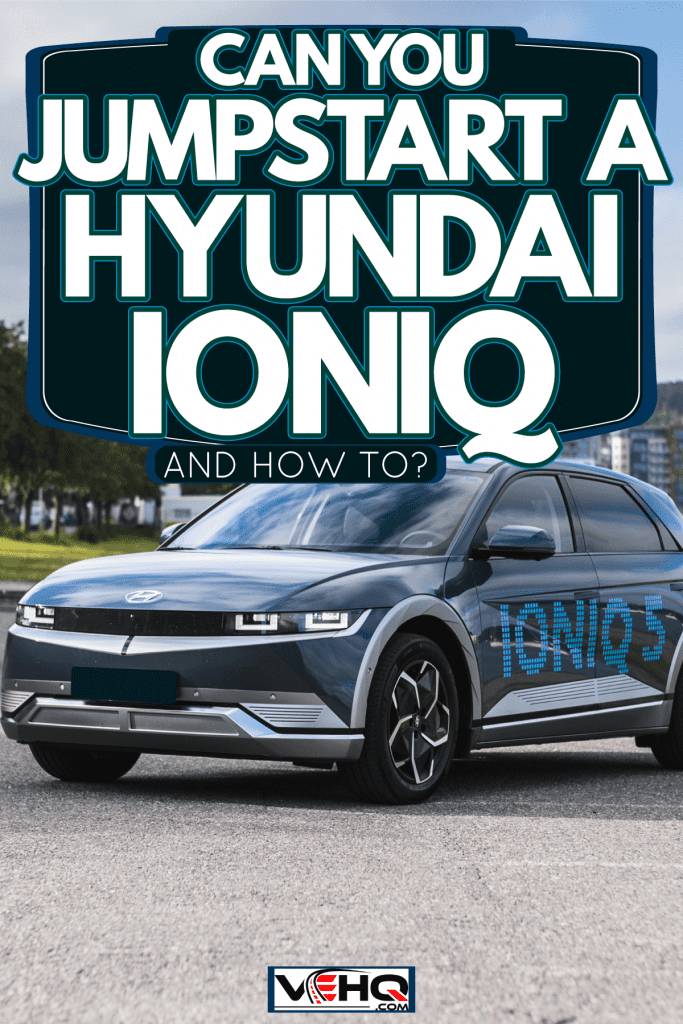 While it can be dangerous, jumpstarting your Hyundai Ioniq is a straightforward task. To do this, you'll need a set of jumper cables and another working vehicle to help you. Once you have everything, you need you should position the functional vehicle close to the dead car. 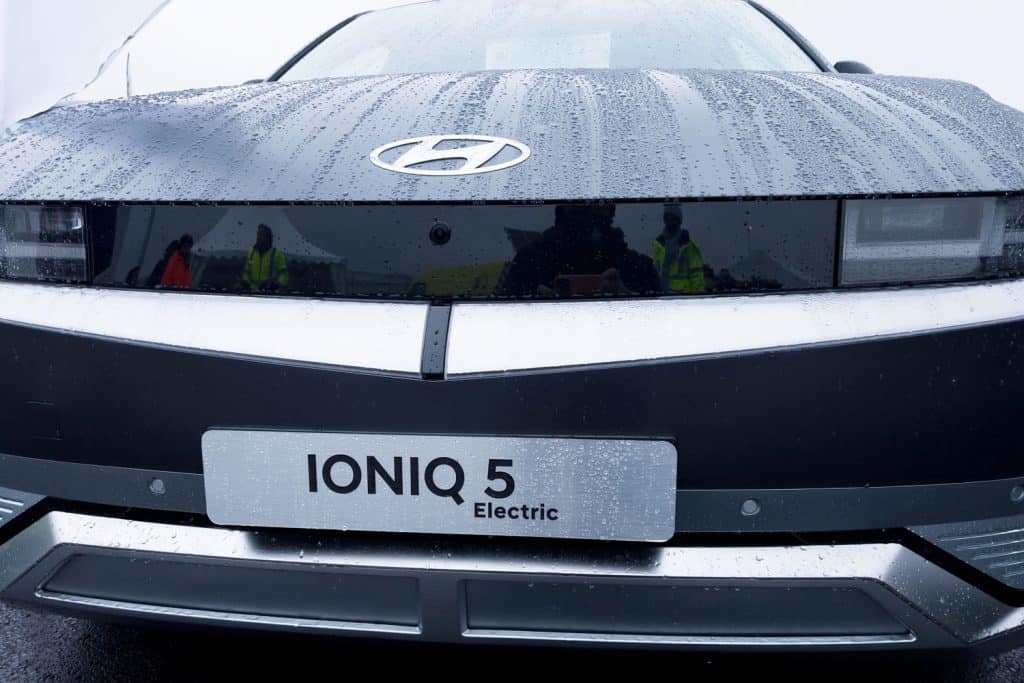 When setting up the vehicles, it's crucial that they aren't touching each other. You want them close enough that it's easy to work, but that's it. If they're too close, you can damage your cables because too much electricity will flow between the cars.

It is essential that you connect your cables in the correct order. If you don't, there are a lot of things that can go wrong. You can cause an explosion or fry the electronics. 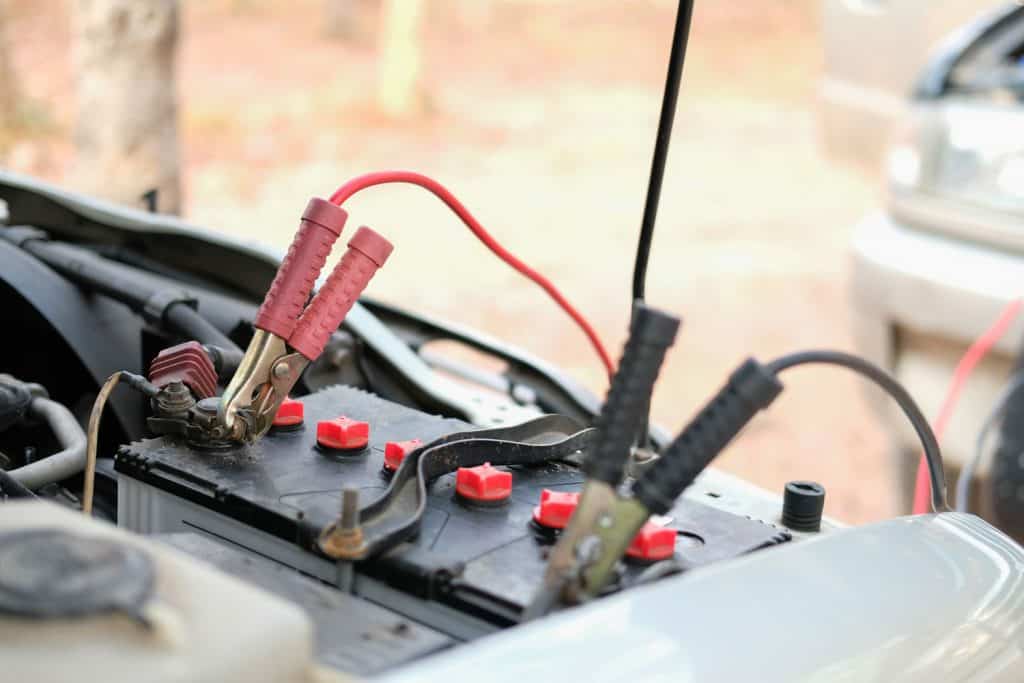 When connecting your jumper cables, first make sure that both cars are off. Then, you should follow these steps:

Keep in mind that the newest Hyundai Ioniq models don't have a traditional battery located within the engine compartment. The manufacturers moved the battery to make room for other components.

However, the negative and positive terminals that you need are still located under the hood. Take a look at this video to see what you can expect.

Once you've safely connected the batteries with jumper cables, you're almost ready to start your vehicles. First, you'll need to push the 12V Battery Reset Button on your Ioniq. After you press it, you can start the engine on the other vehicle.

Let the engine run for a few minutes before attempting to start the car with the dead battery. After this time has passed, you can try to start your vehicle.

This should be enough for your car to start. If you've tried a few times and the car still isn't starting, you'll need to take it to a mechanic.

Please take a look at this video to see how it looks to jumpstart your Ioniq:

The order you disconnect the cables is just as important as when you put them on. You'll need to do them in the exact opposite way you set them up. These are the steps:

You'll need to keep your car running after it's disconnected from the other battery. If you shut your vehicle off before the battery gets a chance to charge, it may not start up again.

To make sure you don't face the same problem, leave your car running for at least 30 minutes. You can either drive it around or leave it in "ready mode" in a stopped position.

You can jumpstart the Ioniq Plug-In Hybrid in the same method as listed above. However, there are a few key differences. Here are the steps for jumpstarting this particular Ioniq:

As you can see, the Plug-In Hybrid can be jumpstarted in a very similar way. The most crucial difference is monitoring the assisting car's RPM.

How Long Does A Hyundai Ioniq Battery Last?

The Ioniq has a lithium-ion battery that needs replacing less often than the batteries in your gas-powered vehicles. You can expect the Hyundai Ioniq battery to last anywhere from 6 to 10 years.

How Long To Fully Charge A Hyundai Ioniq Battery? 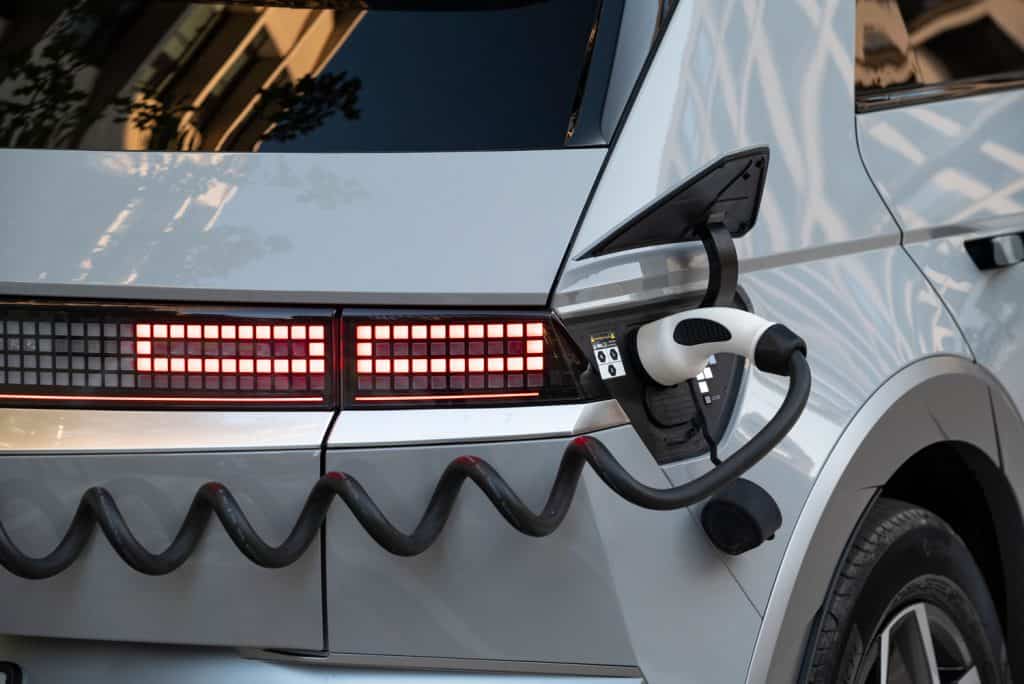 The Hyundai Ioniq takes approximately an hour to charge the electric Ioniq from 0% to an 80% charge. These speeds are capable at fast-charging stations supplying 100kW of power.

If you're using a standard AC charging station supplying 11kW, our Ioniq will charge from 0% to a full charge in approximately six hours.

Yes! The 12V battery on the Ioniq is integrated into an HEV high voltage battery. The HEV battery will generate energy through a regenerative braking system. This means that every time you brake, it converts to energy, which recharges your car battery. Don't expect your battery to recharge while it is set to a neutral position, though.

In addition to self-charging, you can plug in many Ioniq vehicles to charge. Please check your manual to see how your car battery regains power.

How Do I Know My Ioniq Battery Is Dead?

You'll start noticing some problems with your vehicle before the battery dies on you. A change in efficiency tends to be the first thing people see. You may also notice incorrect readings on your charge level. If your battery level randomly goes up and down, you likely have a battery issue.

Another thing to be on the lookout for is your battery not holding a charge at all. If you start noticing any of these things, it's time to get a battery checkup. Take your vehicle to the nearest mechanic to see what should be done.

How Much Does It Cost To Replace A Battery In A Hyundai Ioniq?

Unfortunately, replacing the battery on your Ioniq isn't going to be cheap. A lot more work goes into replacing a hybrid battery than there is to replace a gas-powered car's battery.

So, what's the cost to replace a battery for the Ioniq? The cost of labor and parts will vary depending on your location. However, you can expect to pay around $300 for labor. The battery itself can range from $2,000 to $10,000.

Those numbers tend to be for a brand new battery. With hybrid vehicles, you have the option of refurbishing your battery. This means that you can replace some or all of the cells that are a part of your battery, saving you money in the long run.

This will significantly reduce the price of fixing your battery. Refurbishing your hybrid battery will cost less than completely replacing it. The price varies here as well. It will depend on how many cells you want to be replaced. 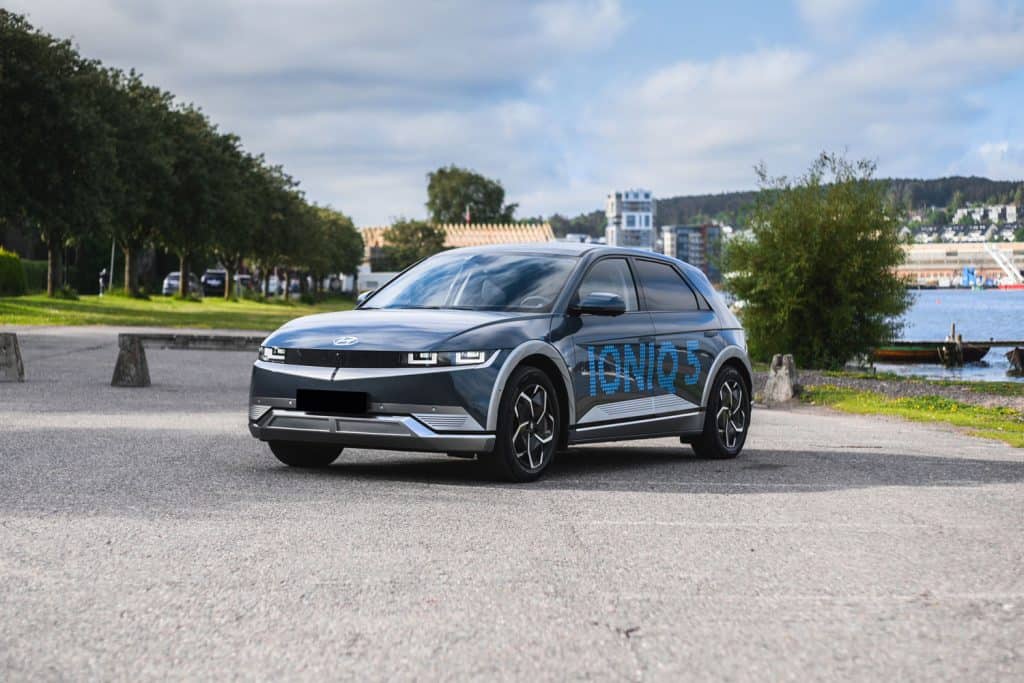 The Hyundai Ioniq is a great car that you can easily jumpstart! There are multiple ways that you can do this. You can jumpstart the traditional method with cables or try the convenient 12V Battery Reset button. Always be careful when jumpstarting your battery, as it can be dangerous!

Does The Hyundai Ioniq Have A Spare Tire?

How Long Will A Hyundai Ioniq Last?