Harley Davidson motorcycles are some of the most popular bikes on the market, known for their stylish designs and powerful engines. But just like other mechanical devices, they occasionally develop faults. So what happens if your Harley won't start? Can you push-start it? Here’s what we found from our research:

Can You Push Start a Harley Davidson? 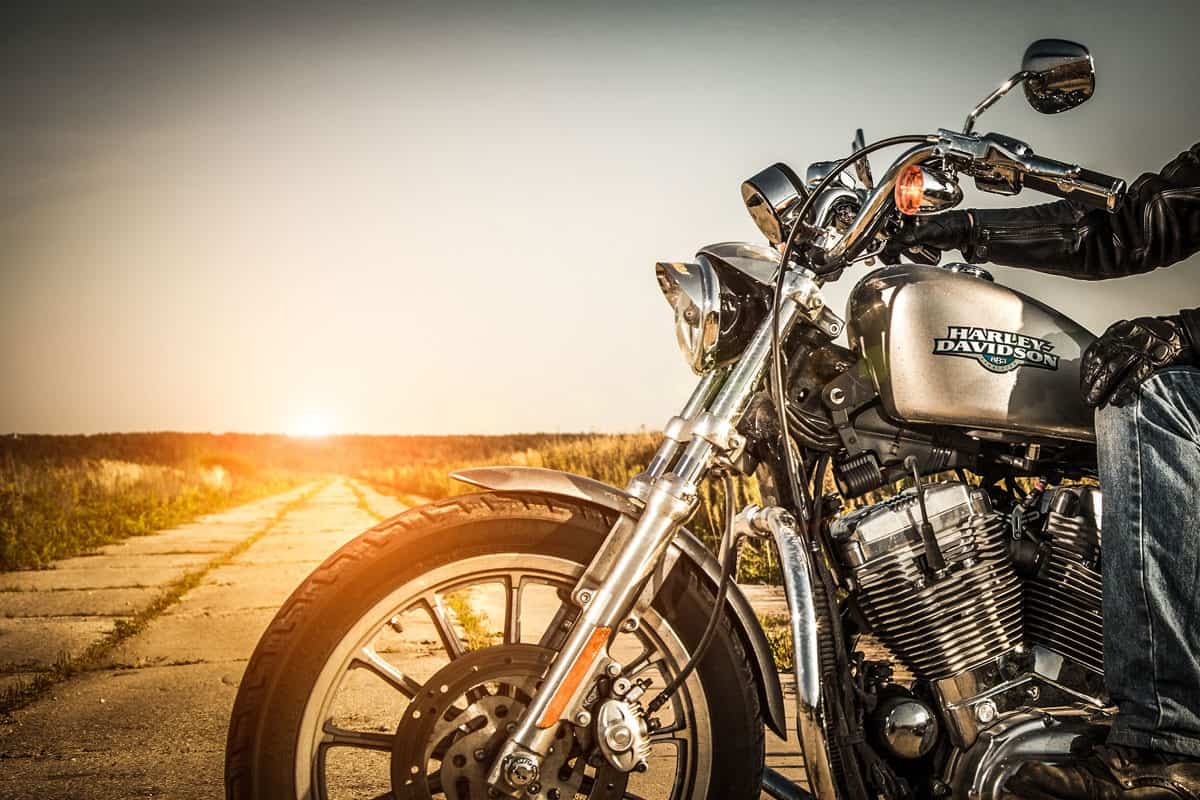 Yes, it is possible to push-start a Harley-Davidson motorcycle. To push start a Harley, you will need a flat surface with enough room to build up some speed. Here are the steps:

Bump starting a Harley-Davidson motorcycle is similar to push starting, but instead of having a partner help you push the bike, you will use the momentum of the motorcycle to start it.

Note that push starting or bump starting a motorcycle can be dangerous, and it should only be done as a last resort if the battery is completely dead and there is no other way to start the motorcycle.

Does Push Start Damage a Motorcycle?

It is generally safe to use the push start method to start a motorcycle as long as it is done properly. For example, if the motorcycle is in gear while being pushed started, it could cause the engine to strain or the transmission to be damaged.

It is also important to ensure that the motorcycle is in a safe and stable location before attempting to push start it. It can be dangerous to try to push start a motorcycle on an incline slop or in a busy area.

If you are unsure how to push start a motorcycle properly, it is always best to consult the owner's manual or a professional mechanic.

How Long Can a Harley Sit Before Battery Die? 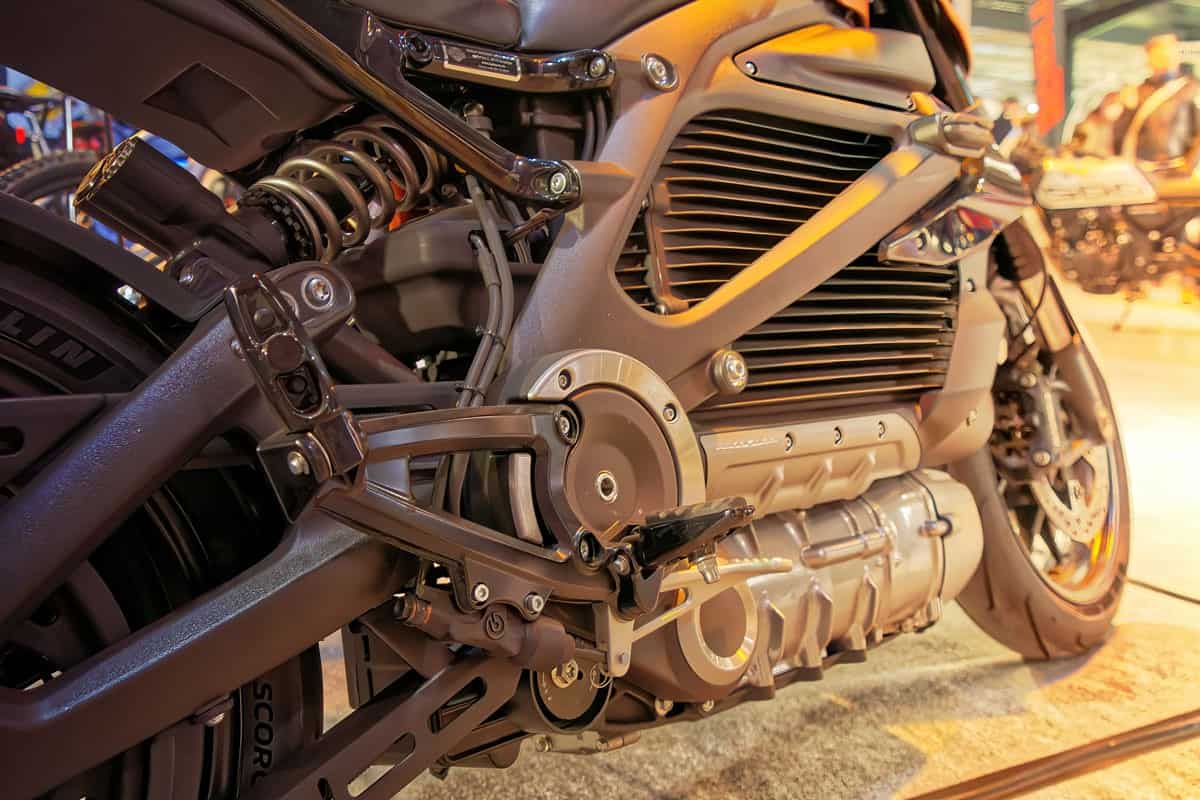 The length of time a Harley-Davidson motorcycle can sit before the battery dies depends on various factors, including the age and condition of the battery, the type of motorcycle, and the ambient temperature.

In general, a new, fully-charged Harley battery should be able to start the engine after sitting for at least a month. However, if the battery is older or not in good condition, it may only last a few weeks before it needs to be charged.

It is also important to follow the manufacturer's recommendations for starting and running the motorcycle, as well as any specific maintenance guidelines for your particular model.

What Keeps a Battery Charged on a Harley? 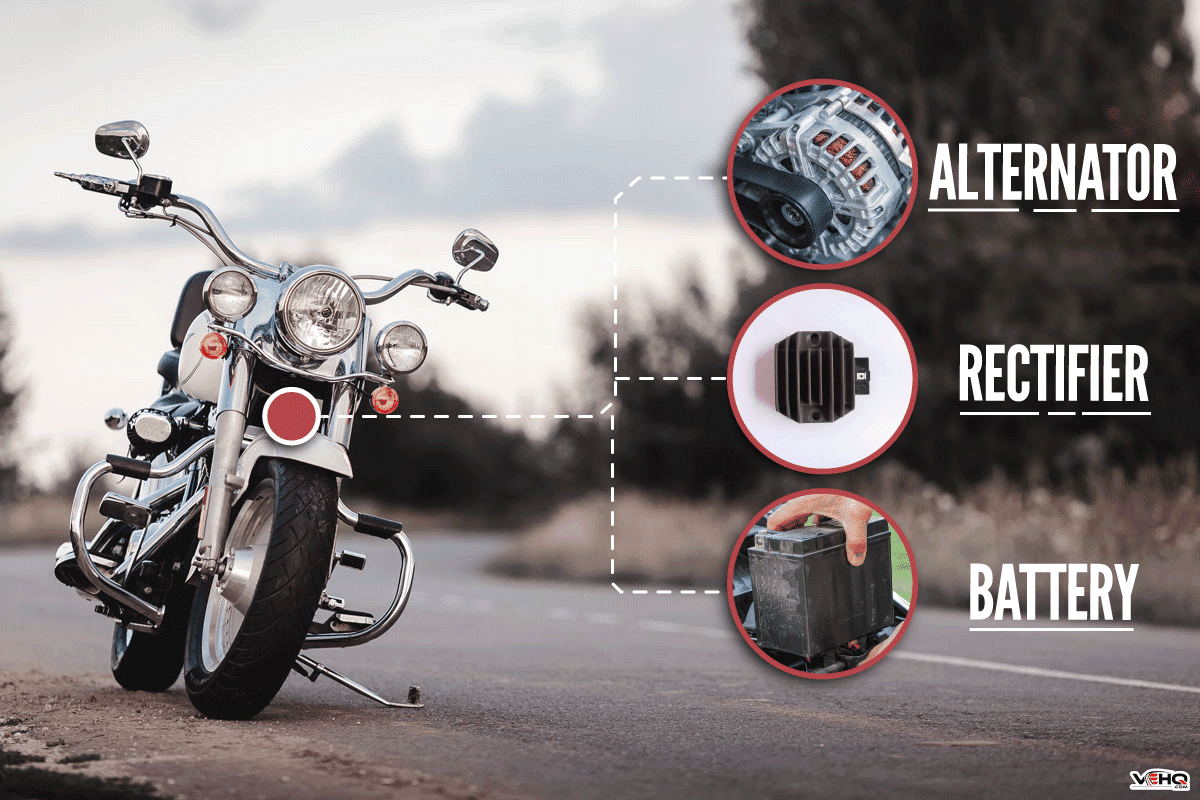 The Harley-Davidson's battery is a key component to the proper functioning of the motorcycle. The starter motor, ignition system, and lights source power from the battery. Without a properly working battery, a Harley cannot be ridden.

The three main things that keep a Harley-Davidson battery charged are the alternator, the rectifier/regulator, and the battery itself. The alternator is a device that converts mechanical energy into electrical energy. It is powered by the engine and spins at high speed. As it spins, it produces electricity used to charge the battery.

The battery itself is a storage device for electrical energy. It is made up of lead-acid cells that store chemical energy. When the engine runs, the alternator produces electricity that flows through the rectifier/regulator and into the battery. The battery stores the electricity until it is needed.

Like most motorcycles, a Harley-Davidson motorcycle's battery charges while running.

How Much Does Harley Charge For a Battery?

Harley-Davidson charges $60 - $400 for a new battery. But this can vary depending on the model of the motorcycle and the type of battery. For example, the mighty max battery costs $199.92, while the Dyna Wide Glide battery costs $122.90. Some retailers may also offer discounts on batteries, so it's always worth checking around before making a purchase.

Check out the Dyna Battery on Amazon.

How Do You Start a Harley With a Dead Battery? 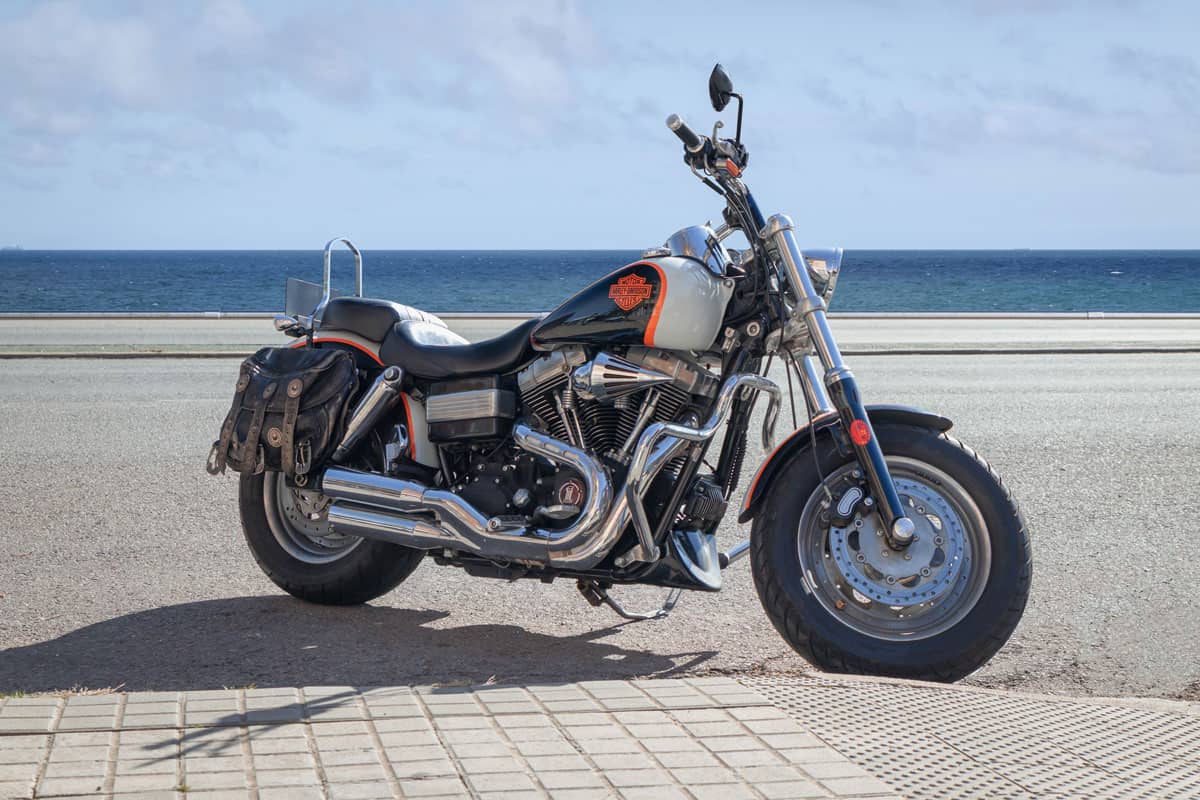 To start a Harley with a dead battery, you will need to use a set of jump leads and another vehicle with a good battery.

Here is a step-by-step guide on how to do it:

At this point, the other vehicle should be able to start the Harley. Once the Harley is running, you can disconnect the jump leads in the reverse order that you connected them.

It is important to note that using jump leads to start a vehicle with a dead battery can be dangerous if not done correctly.

Can You Start A Harley Without A Key?

Starting a Harley Davidson motorcycle without a key is not recommended and may cause damage to the motorcycle or result in an accident. It is also illegal to tamper with an ignition system.

If you have lost the key to your Harley and need to start it, you should contact a Harley Davidson dealership or a locksmith who specializes in motorcycle keys to have a new key made.

If you cannot start the motorcycle because the key is damaged, you can try using a spare key if you have one.

What Is Considered High Mileage For a Harley? 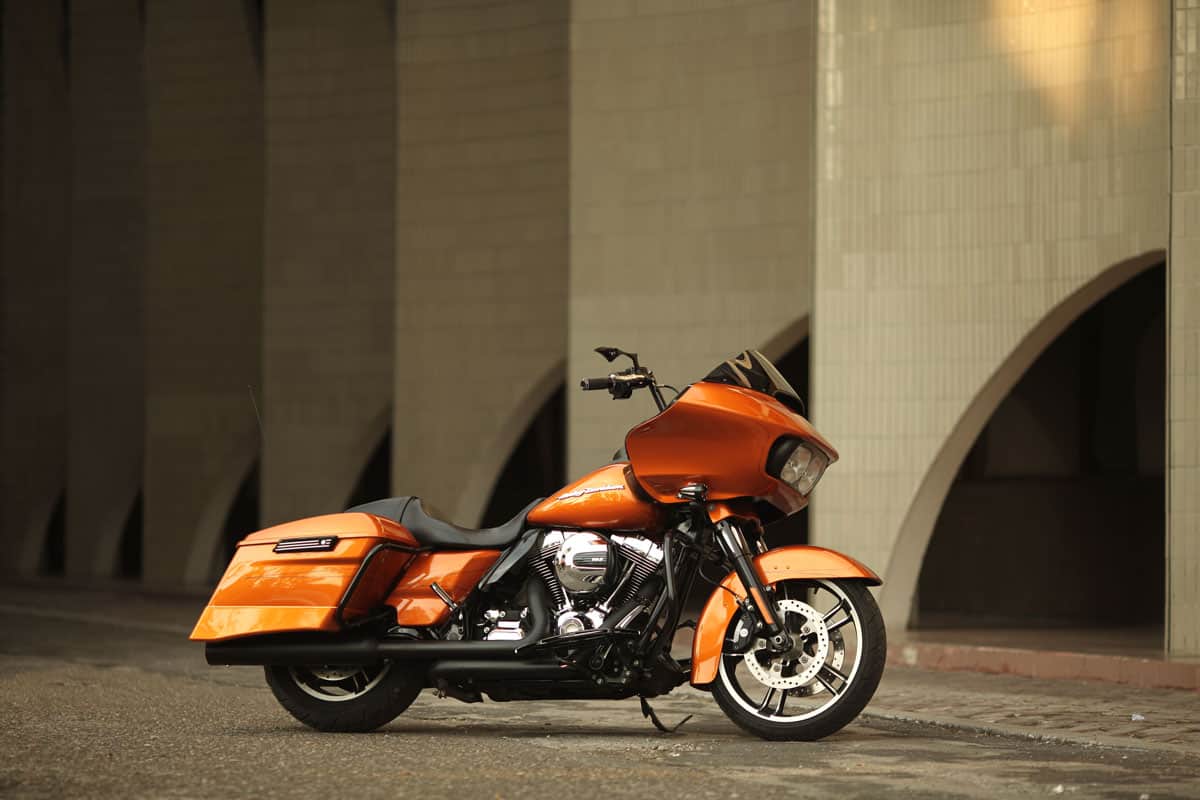 There is no specific number that can be considered as "high mileage" for a Harley-Davidson motorcycle, as the durability of a motorcycle depends on various factors such as the model, maintenance, and riding conditions.

Some Harley-Davidson models are known to have high mileage potential and can easily go beyond 100,000 miles with proper care, while others may not be able to reach such high mileage.

In general, it is important to keep in mind that regular maintenance is crucial for the longevity of any motorcycle, regardless of the brand or model.

Do You Need A Motorcycle Oil Change Every Year?

It is generally recommended to change the oil in a motorcycle at least once per year, or every 2,000 miles, whichever comes first. However, the actual frequency with which you should change the oil in your motorcycle will depend on the specific make and model of your bike, as well as how you use it.

Some motorcycles may need to have their oil changed more frequently than others, depending on their engine design and the conditions in which they are ridden.

It is possible to push start a Harley Davidson motorcycle in certain situations. However, it is not a reliable or safe method for starting a motorcycle, and it should only be attempted as a last resort in an emergency. If your Harley will not start, it is important to diagnose the issue and address it properly rather than attempting to push start the motorcycle.

If you would like to read more about Harley Davidson motorcycle, check out the following articles:

My Harley Davidson is Not Getting Fuel - What Could Be Wrong?

Why is My Harley Davidson Not Recognizing The Key Fob?