More and more modern vehicles are being manufactured with a capless gas tank. If you are wondering if you can get a cap for these tanks on your own, we can help you. We researched these gas tanks from multiple professional sources so that you will know for sure if this is a workable idea.

Though not necessary, you can get caps for some model vehicles with a capless gas tank. GM manufactures one such cap that can be outfitted on most of their models.

Now that we know that you can get a cap for some capless gas tanks, we'll look at the pros and cons of doing so. You might also be wondering why capless gas tanks were invented or if driving without a gas cap on a regular gas tank is okay. For the answers to these questions and more, read ahead in this post to see what our research has uncovered. 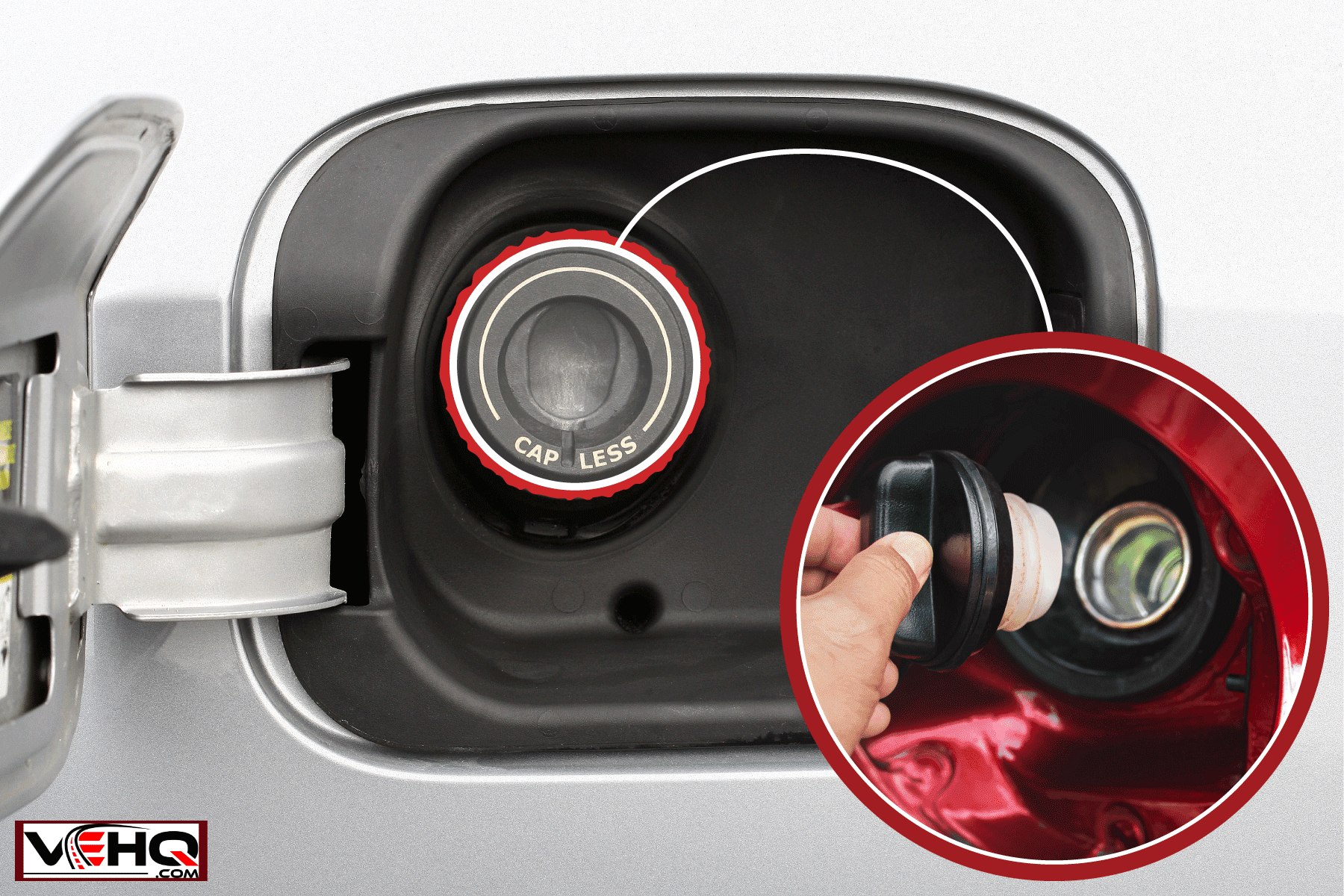 Pros and Cons of the capless gas tank

This relatively new style of the gas tank was first introduced by the Ford Motor Company in 2007. Ford has continued to make innovations with this system ever since, and it is becoming more and more common on other makes of vehicles. 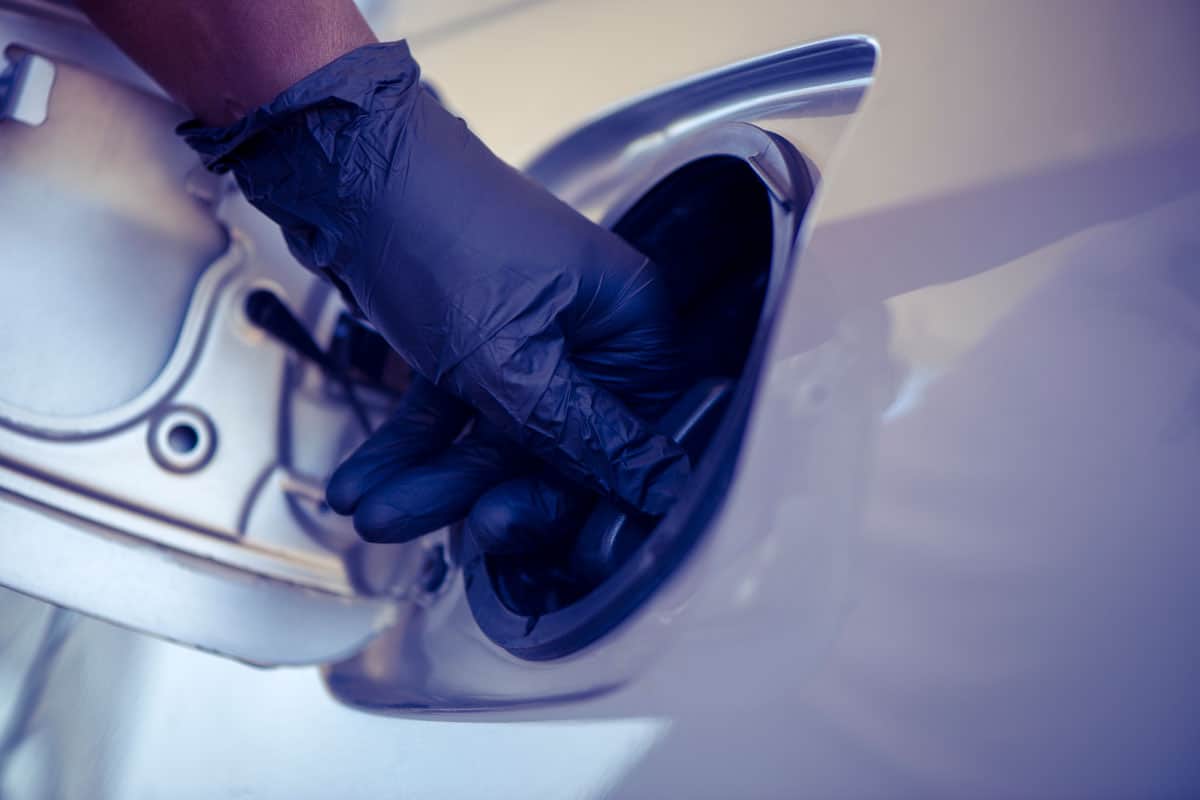 But every innovation has its pluses and minuses. While capless gas tanks are most likely here to stay, that doesn't mean that they aren't without their fair share of critics. Let's take a look at the pros and cons of having a capless gas tank so you can decide for yourself if this style is right for you.

These capless gas tanks have a lot of pluses. They make it easier to fill your gas tank, as you only have to open the fuel door. They also make it much more challenging to siphon fuel out of your vehicle, a deterrent to would-be thieves. Their design also makes it much harder for someone to place something harmful in your tank, eliminating this type of vandalism.

With a capless gas tank, you will be less likely to get that fuel smell on your hands. And since this system closes off the tank on its own, you won't have to worry about losing a gas cap and having to replace it.

Replacing a lost gas cap isn't expensive, but it can be inconvenient. A capless system eliminates that bother altogether.

The metal flap that closes off the opening into the tank can sometimes get stuck partially open. This allows for debris to get into your fuel line, but it also allows for moisture to invade. Too much moisture in your fuel line can impact the vehicle's performance and will need to be removed by using Heet or another fuel additive.

The flap stuck open will also make your check engine light come on. If this light illuminates your dashboard, you should check it first to eliminate it as a cause.

This system also makes it impossible to put additives inside the tank without the aid of a special nozzle. If you ever run out of gas and need to add fuel to the tank via a gas can, attempting to do so is futile, as the neck of these cans will damage the mechanisms inside the gas tank. And that's if you can get them to dispense fuel into it at all.

Getting a cap for your GMvehicle'ss capless gas tank 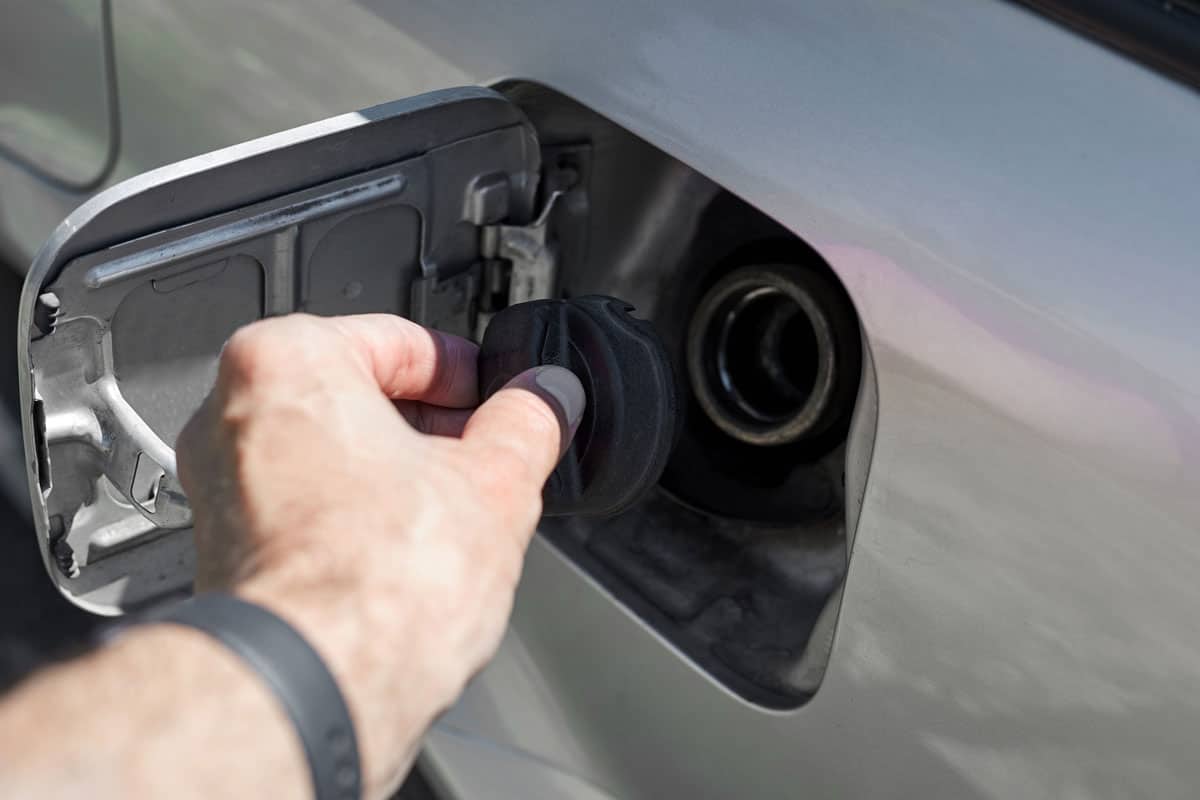 We stated earlier in this post that some makes have a cap that can be purchased for their capless gas tanks. Most GM vehicles can be outfitted with a universal cap for this type of tank.

This cap is inexpensive and easy to fit into your vehicle. It can be placed on pretty much every GM vehicle made except for the Corvette.

What is a capless gas tank?

We've discussed the pros and cons of the capless gas tank, but some might still wonder what they are exactly. Though a bit different in design, they look a lot different when you first open the fuel door and see that there isn't a cap to be found. If you've never operated a vehicle with one, you might be curious about what they look like and how they operate. 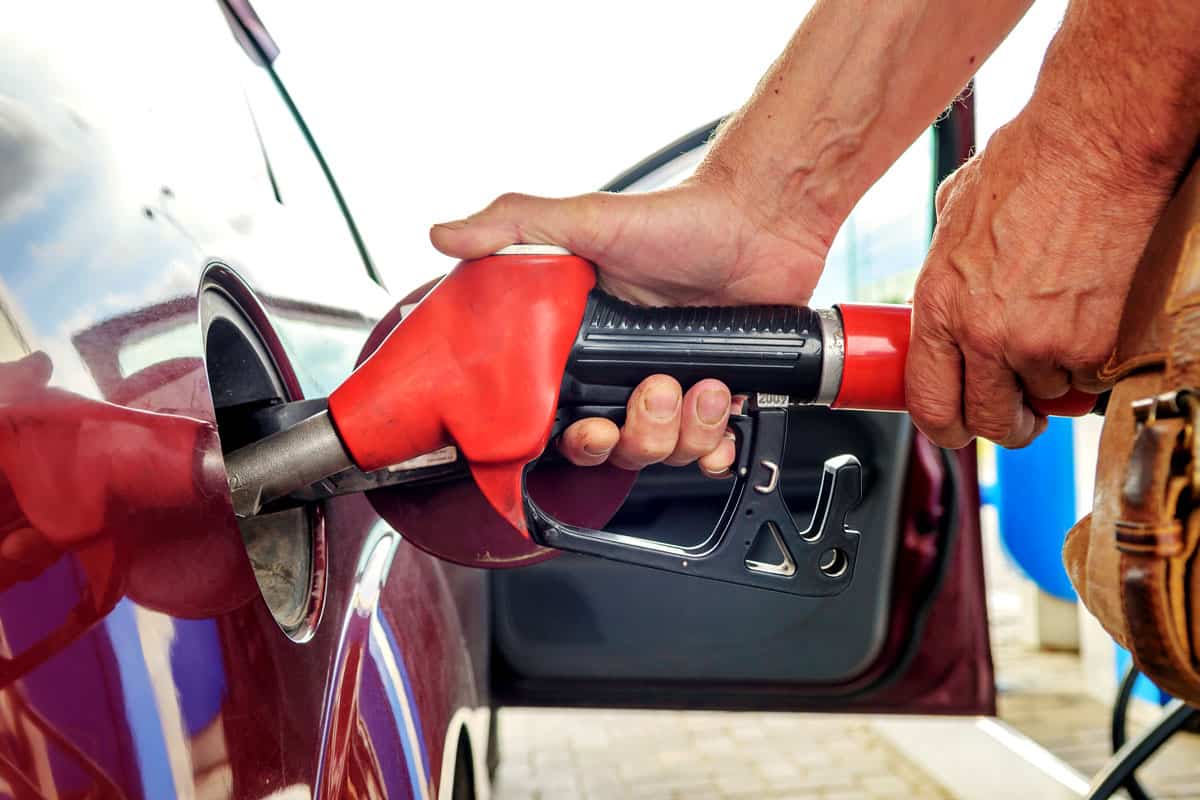 The capless gas tank has a metal flap inside it that closes over an O-ring. This metal flap will only open inward, only when a gas pump nozzle is carefully placed inside the tank and moved. This flap will close and seal itself onto the O-ring when the nozzle is removed.

This seal prevents gasoline fumes from escaping and causing damage to the environment. In theory, it also works to keep debris and moisture out of your fuel tank. For this to work correctly, the metal flap must be fully operational and unobstructed.

What do I need to do to maintain a capless gas tank?

As with almost any part of your car, a capless gas tank will need attention over time. Though there's not too much that can go wrong with this system, there are a couple of things that you should look for now and again.

The main issue with the capless gas tanks is the metal flaps becoming stuck or obstructed. Any obtrusion will keep that flap open, allowing gasoline fumes to escape. Cleaning the opening from time to time will keep this from becoming a problem.

This can be done by using compressed air and a proper funnel. The funnel is placed in the tank's filler and compressed air is blown inside of it. It will take a couple of dozen times, but any gunk that has built up will be loosened and able to be removed with a rag. It's recommended to clean up any debris with a rag and some WD-40 when you are finished.

Can I drive without a gas cap on a regular gas tank? 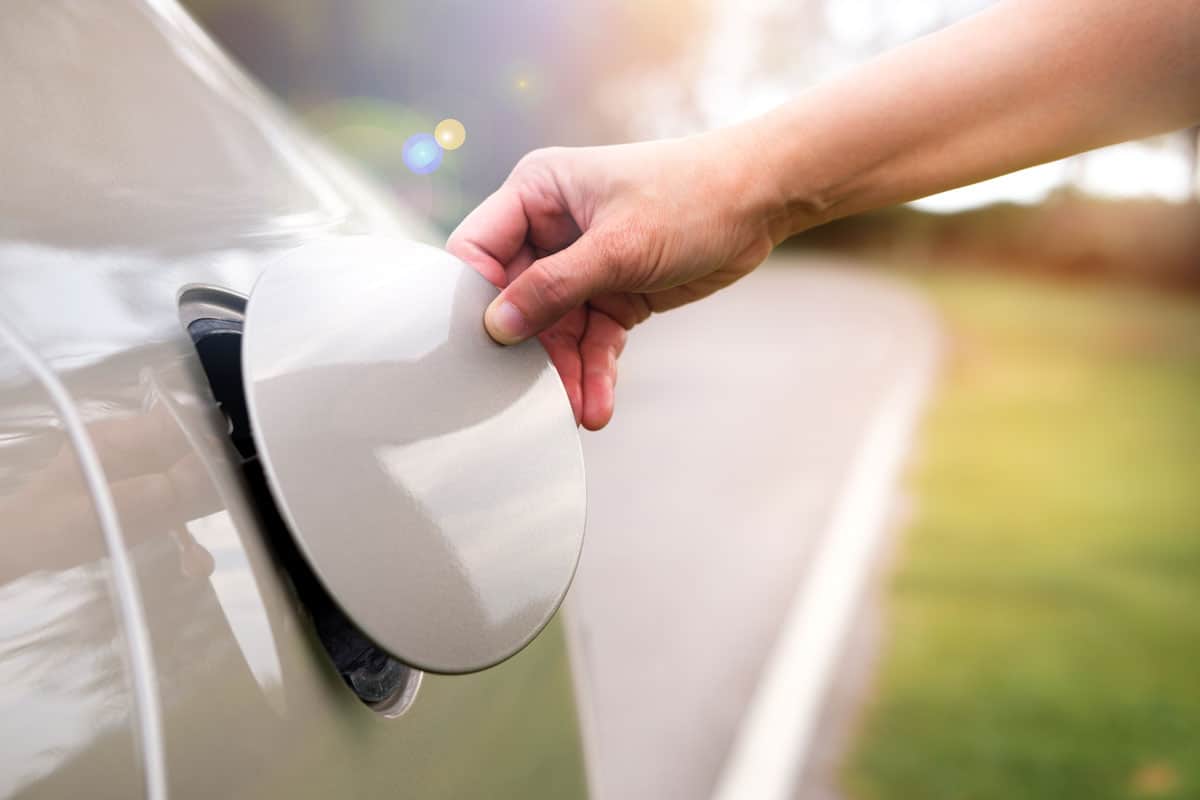 If you have an old-fashioned gas tank with a trusty gas cap, you might have misplaced it at one point. If this ever happens, it's important to get it replaced as soon as possible.

Driving without a gas cap will allow harmful gasoline fumes to escape into the atmosphere. These fumes cause substantial damage to the environment. The spillage that will seep from the fuel tantank'sening will also pollute the ground and enter the groundwater.

Not having a gas cap is also a great way to cost you valuable fuel. Not having this protective barrier from the outside will enable moisture, debris, and other unwanted substances to enter your fuel tank. Over time, these can damage your fuel line and engine, leading to costly maintenance and repairs. 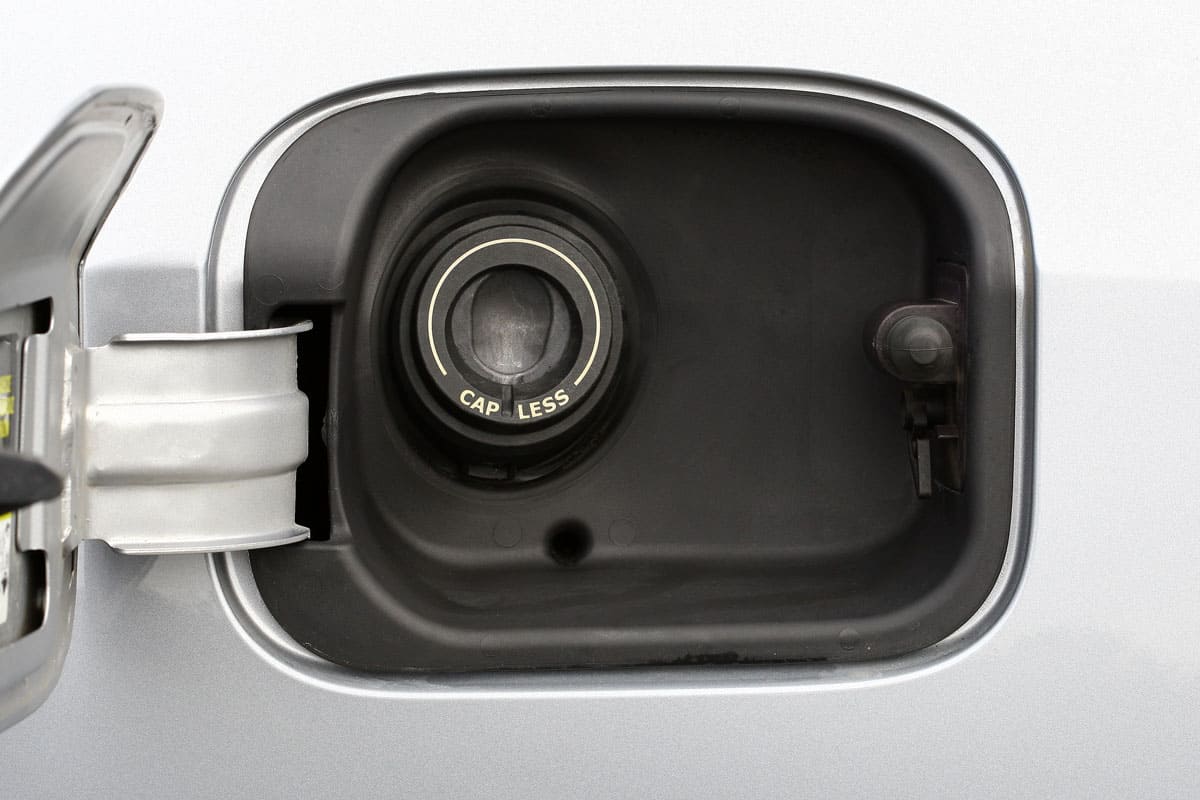 Capless gas tanks are a relatively modern innovation that is becoming more common with the latest model vehicles. Some auto manufacturers, like GM, make a cap specifically for these capless gas tanks, though most will not find much use for them. Carefully maintain your capless gas tank to avoid the check engine light from illuminating, and be sure that you keep a funnel handy in case you need to dispense emergency fuel or additives into your gas tank. Drive safe!

We hope this post on capless gas tanks answered all of your questions. For more helpful automotive information, we suggest reading the following posts:

Gas Tank Overflowing When Not Full—What To Do?

Car Gas Tank Making Noise – What Could Be Wrong?

Metal Flap In Gas Tank WonWon'ten – What To Do?