You've probably heard that excessive starting and stopping of your car's engine can put more wear on the starter than you need. Maybe you've attempted to cut some corners by not turning off your engine while you pump gas into your fuel tank. Should you be doing this? We researched this question from multiple professional sources, so you'll be sure if it's right or wrong.

Refueling your vehicle with gas while your engine is still running is illegal. Doing so creates legal liability for yourself and puts you and others at serious risk.

We know that you are legally forbidden to refuel your car while the engine is still running. We'll take a look at why. You might also be wondering what to do when your car runs out of gas or if there are any states that won't allow you to pump your own fuel. To answer these questions and more, keep reading this post to see what our research has uncovered. 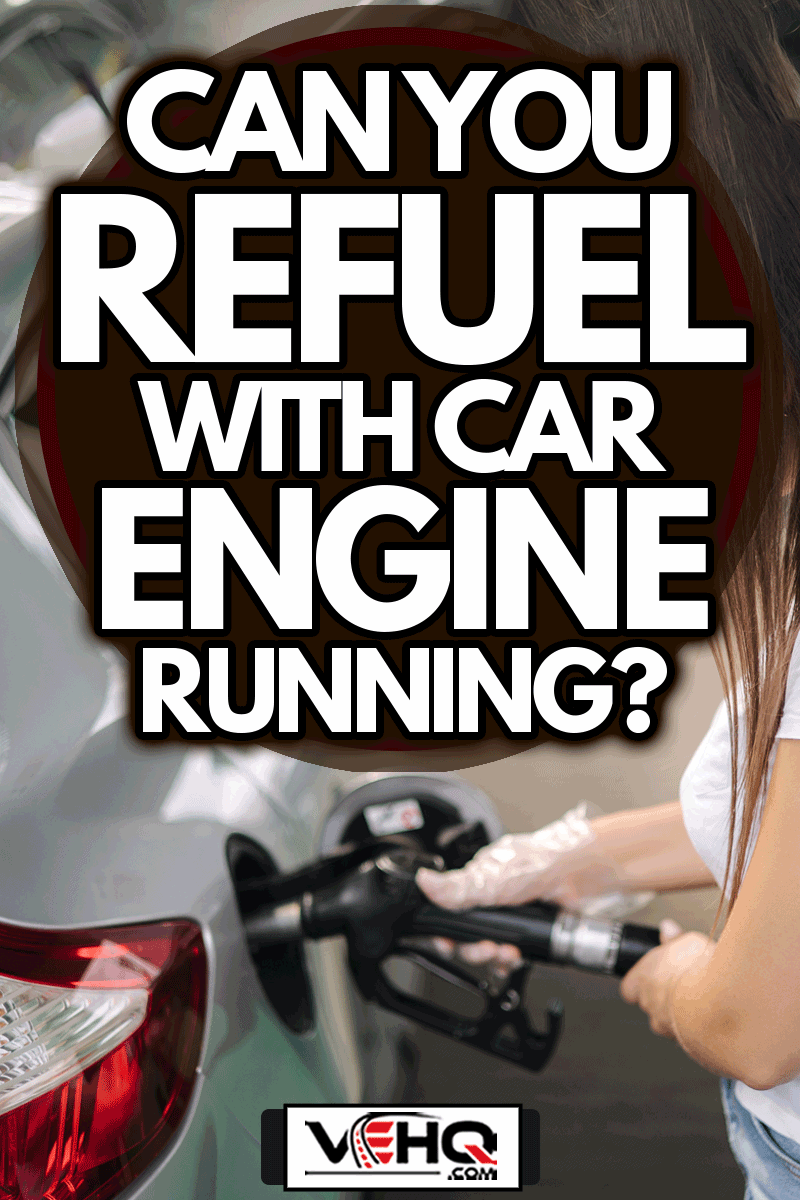 What are the risks of refueling a car with the engine running?

Earlier in this post, we informed you that refueling your car with a running engine will lead to a fine. But why is it illegal to begin with?

Let's look at the three greatest risks associated with filling your gas tank with a running engine.

The greatest risk associated with pumping gas into a running car is combustion. Droplets of gasoline get spilled nearly every time you refuel. While not the most combustible fuel, gasoline will still ignite under the right circumstances.

Static electricity coming into contact with a higher concentration of gasoline vapor or droplets of gasoline that collect on the ground or spill onto your car can ignite and cause a fire.

Keeping your engine running keeps every part of your vehicle hot, increasing the chances of a fire. 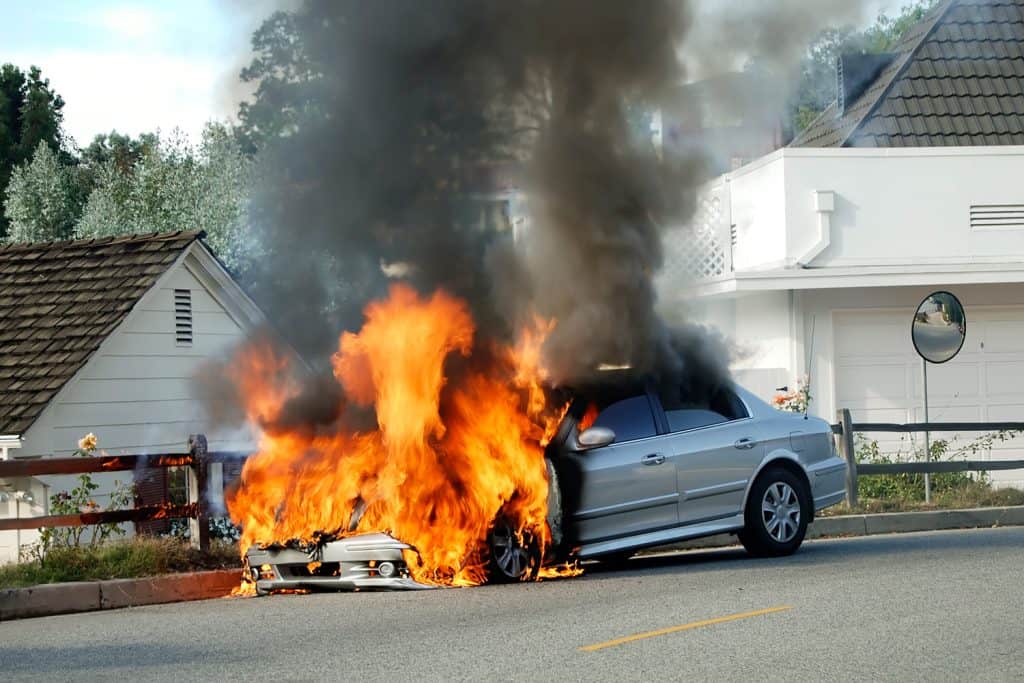 The running engine will cause a lot of these harmful vapors to escape whenever you open the fuel tank to refuel it. The constant heat from the engine will keep the fuel hot enough to create more vapor. 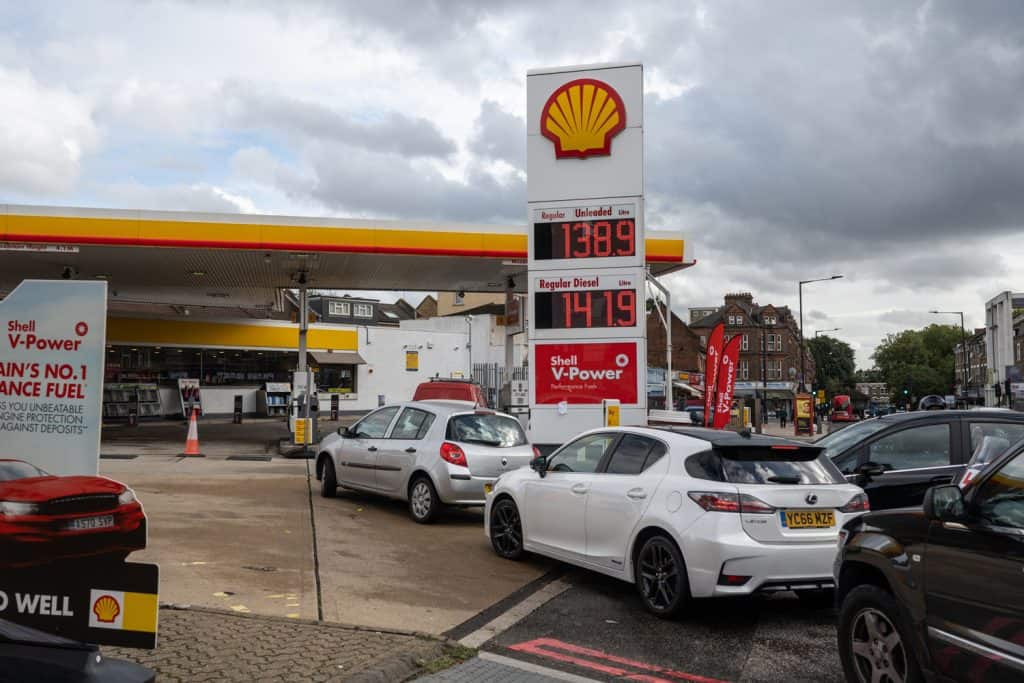 As this is illegal, fueling your vehicle with the engine running could subject you to a ticket if you're caught. Unless you want to have to open your wallet in front of a judge or magistrate, it's best to just shut off your engine before you pump your gas. 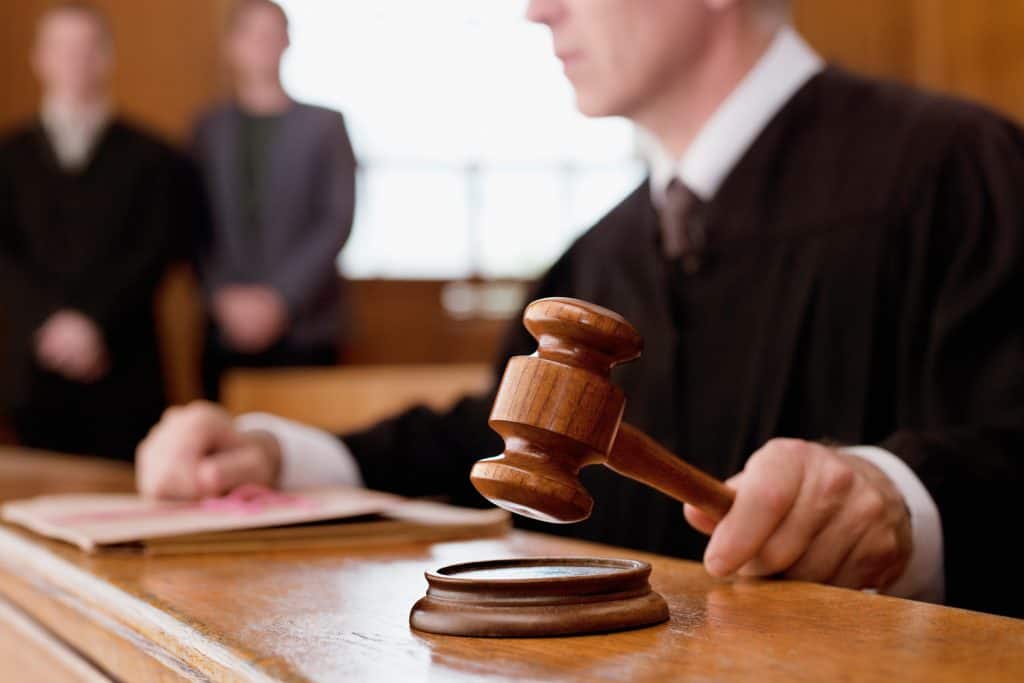 Aside from not running your engine when refueling your gas tank, there are some other steps you are recommended to take to have the safest experience possible when at the gas station. We've outlined them for you here, along with a brief explanation of why each one is important.

This should go without saying, but you should never smoke while fueling your vehicle. Even though gasoline is harder to ignite, sparks from lit cigarettes have been known to do so, even though it's rare.

The primary risk is from your lighter or match. Under the right conditions, the vapor from the gasoline can be ignited by a spark or an open flame. So if you have to light up, make sure you're nowhere near a gas pump or an open fuel tank. 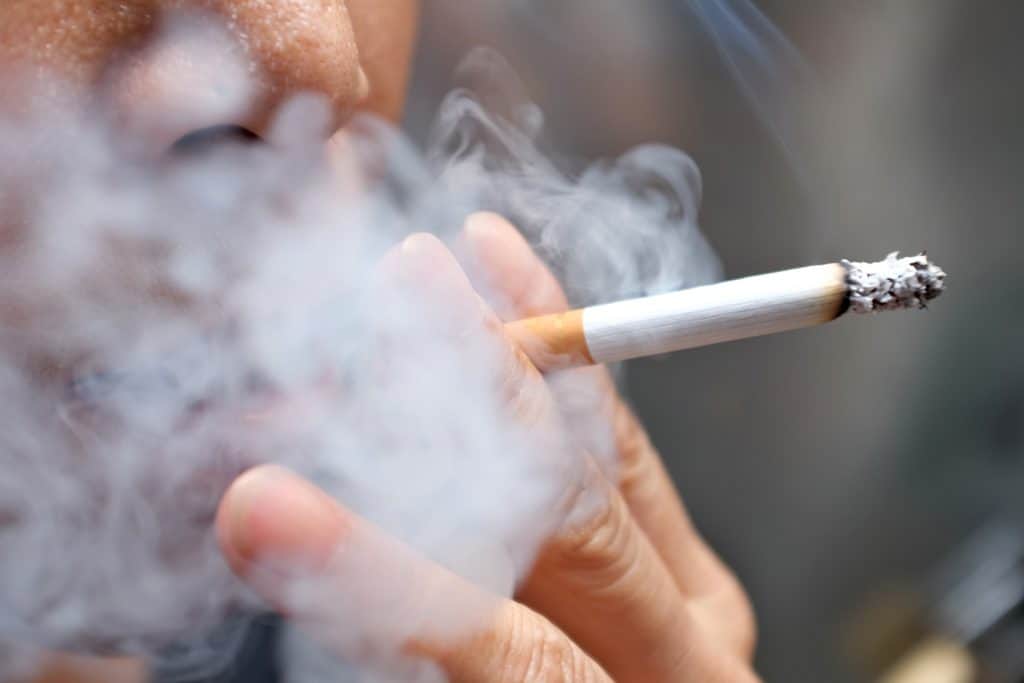 Put any containers you are filling on the ground

Any containers you are attempting to fill should be placed firmly on the ground. Never hold it in your hand, whether it's a gas can, lawnmower, or any other approved receptacle. And don't fill them while on the bed of a truck or in the trunk of a car.

Since we know from above that static electricity can pose a problem, make sure that you touch a metal surface before you begin fueling. With your feet on the ground after you exit the vehicle, you are fully grounded. Touching a metal surface will discharge any static buildup you may have.

Don't use a cellular phone

Cellular phone use can generate the buildup of static electricity. Using one makes discharging static buildup pointless, as you're engaging in an activity that will create it.

Another cause for concern is that cell phone batteries can generate a lot of heat. In rare instances, they can explode. Having these near a flammable fuel source is ill-advised. 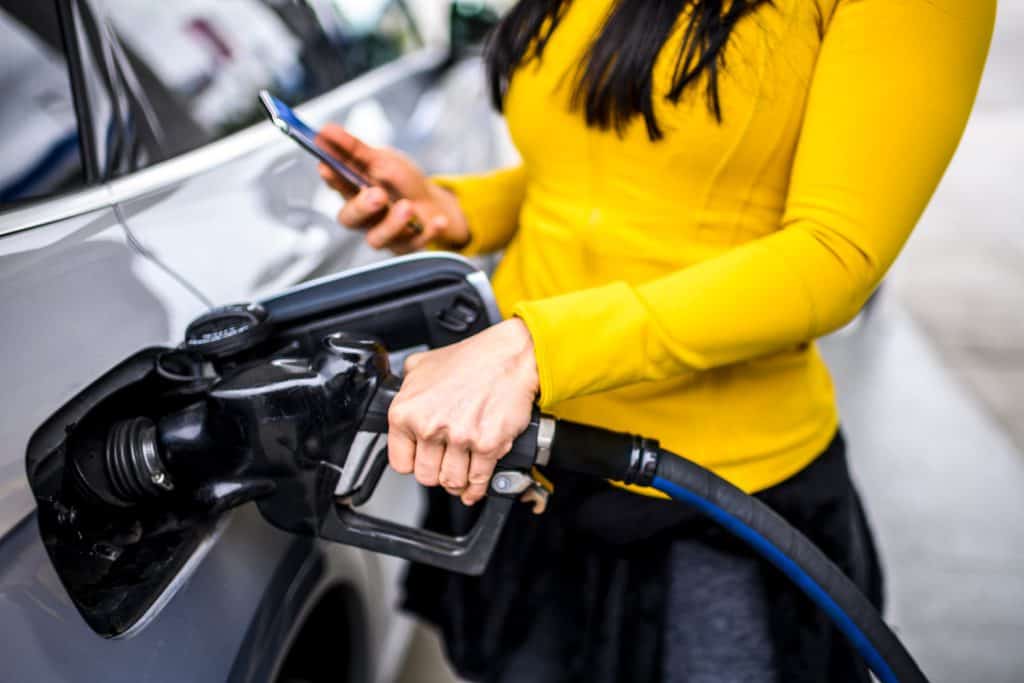 Overfilling your tank will cause the fuel to leak over the side panel of your vehicle. It can also drip onto the ground around your car. While this is still a pretty low risk for a fire, there are other things to be concerned about here.

Gasoline left on your paint can damage it over time. You also don't want to have gas droplets on the ground around your car, as these aren't the best for the environment. 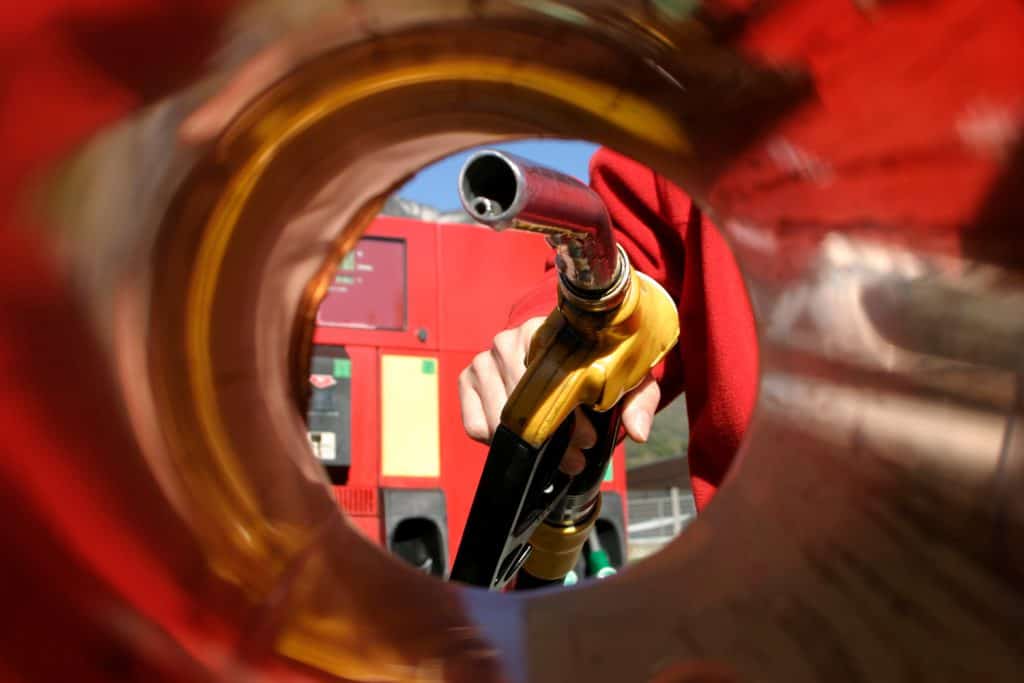 Clean up any spills

Sometimes the automatic pump shutoff is faulty, and if you aren't paying close attention, you will wind up with a puddle of gasoline on the ground. This is a fire hazard and is also bad for the environment.

Spilled fuel will be swept into the sewer system when it rains, creating problems with polluting the groundwater. Let the attendant inside know if you spill any on the ground as soon as possible. They have a special absorbing material that they will apply to it for cleanup.

What to do if your car runs out of gas

Hopefully, you always keep enough in your fuel tank so that you never run out unexpectedly. But mistakes happen, and some of us have certainly wound up stranded on the side of the road, hoping our AAA membership is still valid.

The first step is to maneuver your car over to the shoulder or side of the road as far as you can. Put your hazard lights on, even if it's daytime. Alerting oncoming traffic is the best way to avoid a collision.

Hopefully, your cell phone has a signal so you can call your insurance company. Many have roadside assistance as part of the policy, and they'll come out and give you enough gas to get to a station. If not, you're hopefully prepared with an empty gas can and can walk to the nearest filling station.

What states won't allow you to pump your own gas?

You might think that you can pump your fuel everywhere you go. But if you've ever traveled to Oregon or New Jersey, you've probably discovered that even attempting to do so will get you served a stern lecture from a station attendant.

These two states have banned self-service, except allowing it in Oregan in rural communities with less than 40,000 residents. This is for two reasons.

Having full-service gas stations creates jobs for attendants. It also is safer, as those trained to do it are less likely to have accidental spillage or engage in an activity while pumping fuel that could start a fire. 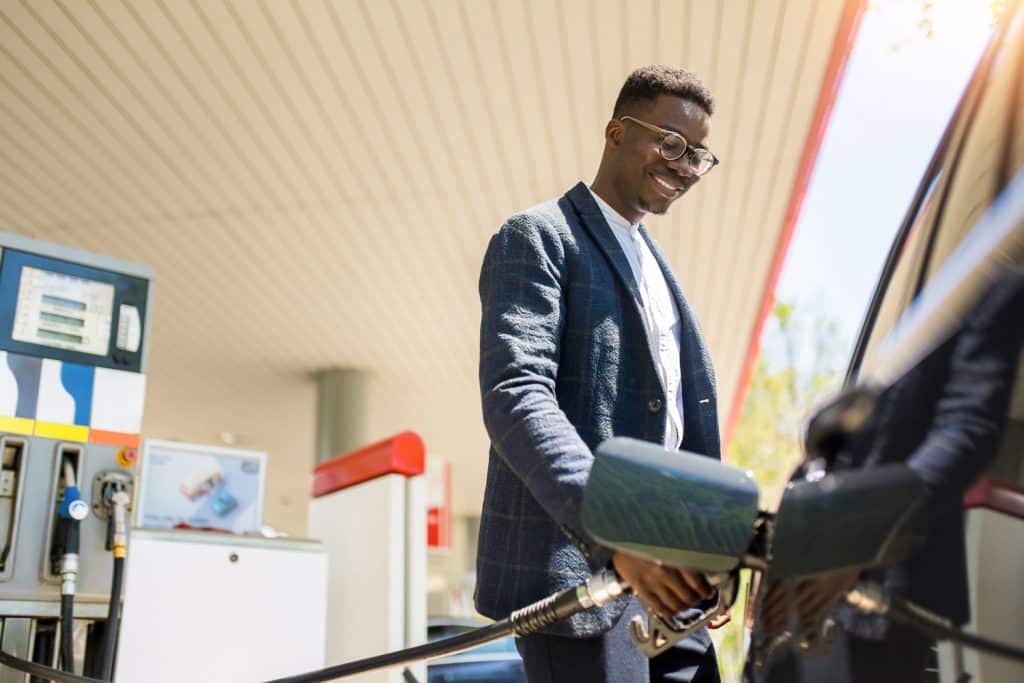 For legal and safety reasons, always turn your engine off before pumping gas into your vehicle. Following safety protocols will reduce the risk of accidental fire, help keep the environment safe, and minimize risks to your health. Remember that in New Jersey and Oregon, you won't be allowed to pump your gasoline. Drive safe!

We hope you found some helpful information in this post. For additional resources, we suggest reading the following automotive posts:

How To Rejuvenate And Recondition Old Gasoline?

How Big Is My Fuel Tank? [3 Ways To Determine Its Size]

How Low Can I Let My Gas Tank Get?