While many people look forward to the winter months and the activities that come with them, our cars do not. This is why many of us would find ourselves unable to start the engine of our cars on a cold morning. So, we asked automobile experts what problems cars faced during winter.

According to professionals, several reasons cause cars to start slow during cold weather. Sometimes, the vehicle even breaks down and needs serious repairs.

The following are, but are not limited to, some of these reasons:

In this article, we will discuss each with a more in-depth explanation. Additionally, we will also talk about some of the ways you can do to start your car during cold weather. So, be sure to continue reading to find out everything we found! 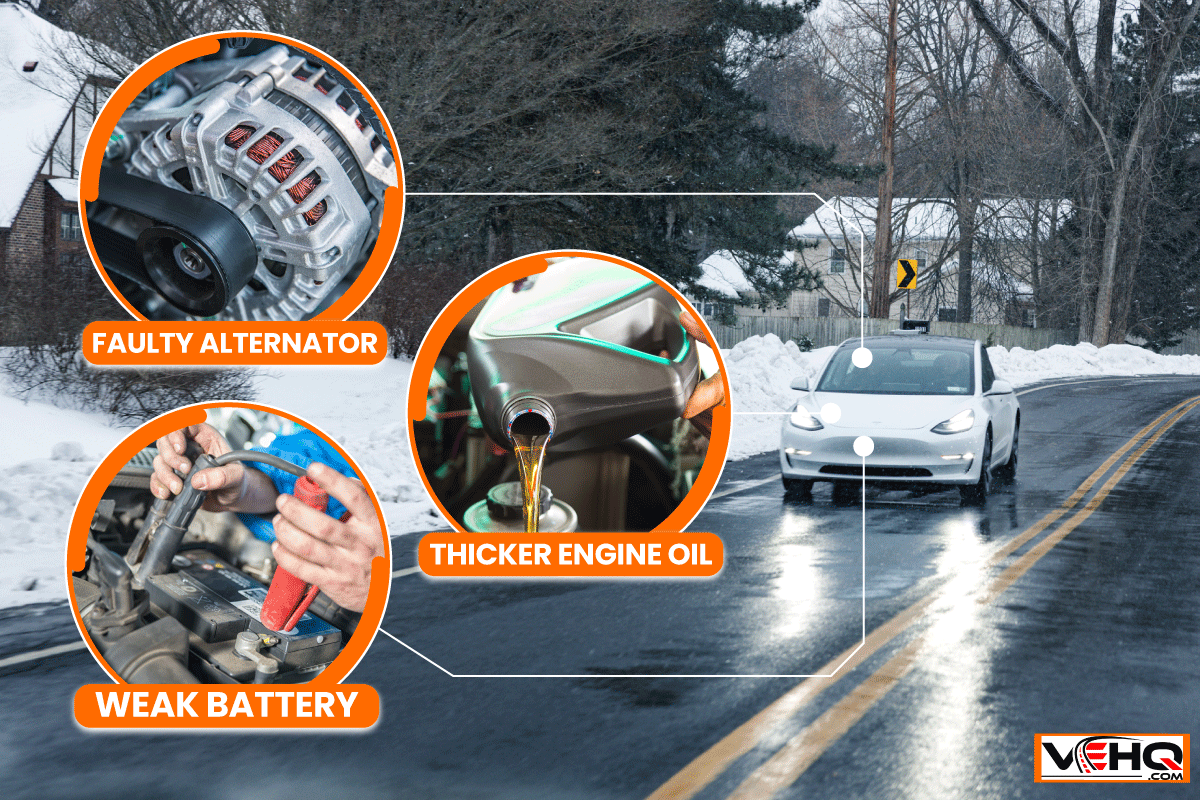 Reasons Why Your Car Is Starting Slow In The Cold

It's essential to be aware of what are the causes that lead your car's engine to a slow start.

By identifying the problems, you're more likely to resolve the issue immediately rather than going about it halfheartedly. In this section, we will discuss several factors that contribute to your car's slow start. 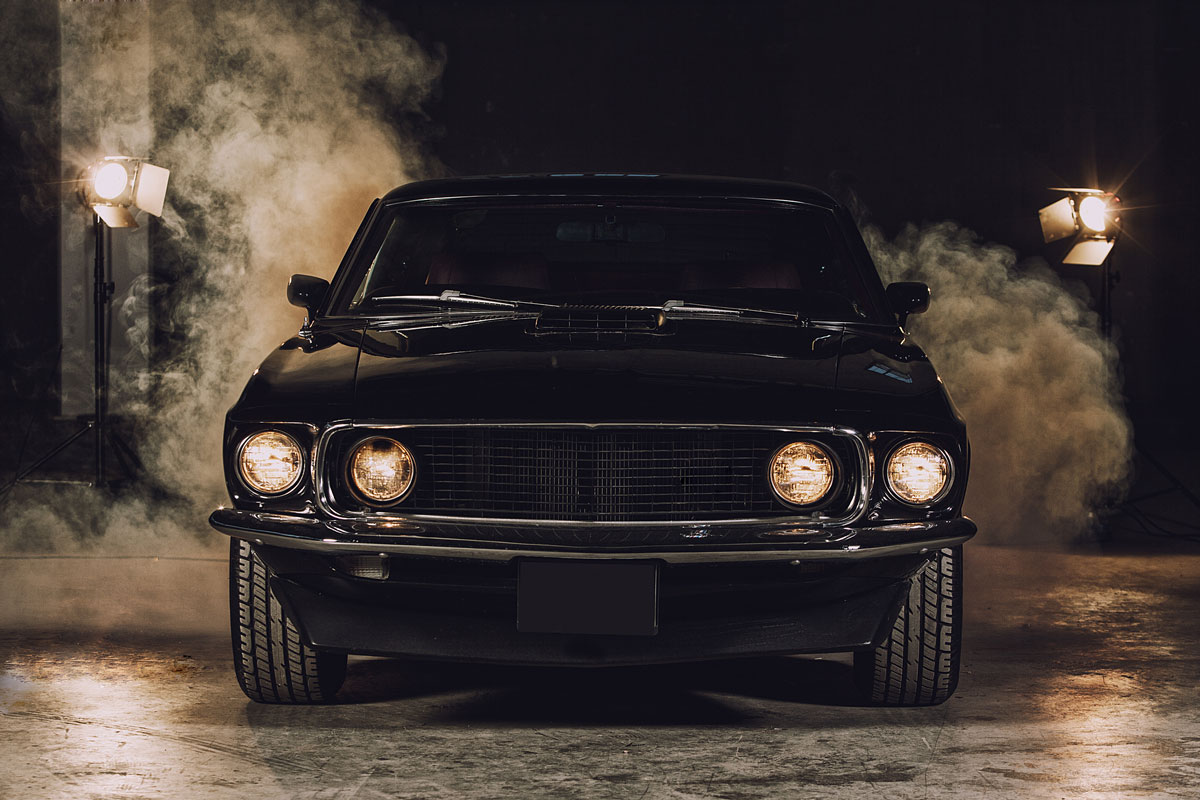 For the car's engine to start properly, it needs to vaporize the fuel. However, if the weather outside is cold, that would be a hard task to achieve.

The cold weather makes burning fuel a lot harder than usual. Additionally, cars that use diesel as their fuel enter a gel-like state.

When that happens, the fuel moves slowly, making it even more difficult to burn. Additionally, due to it being like gel, it is unable to flow properly throughout the system.

Over time, the car starts accumulating moisture inside its fuel system. And during cold weather, that problem gets magnified even more.

If that moisture starts to freeze, it would essentially block fuel flow. When that happens, the engine would be unable to start correctly.

The accessory drive belt is responsible for delivering the spark needed to start the car's battery.

That's why it's essential to start your car's engine every week during the winter to prevent the alternator from wearing down due to rust. Otherwise, it would eventually break down and snap.

When that happens, a warning light should appear on your car's dashboard to signify this issue. If not, then the alternator is most likely working at sub-optimal efficiency.

However, remember that even if the alternator works correctly, your cay may still experience the issues during the cold weather.

When your car's accessories are all working at once, it may not be able to give the right amount of power to the battery.

During cold weather, the car's engine oil would eventually thicken up, its consistency becoming similar to syrup. And we all know just how thick and sticky that can be.

So, when you have something viscous running through your car's engine, it would take quite some time for it to heat up until it's flowing smoothly.

Do take note that not all engine oils react the same way. Some become thick almost immediately, while others would be able to resist the outside temperatures somewhat.

To avoid this issue, it's best to keep your car indoors during winter.

And remember to ignite the engine every week to prevent rust and corrosion from settling in. If you don't own a garage, the best alternative is to winterize your car to prepare it for the cold weather.

See this engine oil on Amazon.

On rare occasions, the cause as to why your car starts slowly during cold weather is simply the battery.

Usually, it's due to it being weak and old or close to going empty. Replacing the battery should resolve the issue that you're facing.

However, if your car's battery is relatively new, it's due to the outside temperatures causing the problem.

The cold weather hinders the battery's ability to manufacture electrons. When that happens, the motor will suffer due to lack of power, causing the engine to have difficulty starting.

Check out this car battery on Amazon.

What Should I Do If My Car Won't Start In The Cold?

Turning everything off is a simple way to help your car start during a cold morning. Doing so gives the battery a better chance of trying to start the engine.

If it does start, let the engine run for a couple of minutes before powering the accessories back up. This is to ensure that the battery won't die immediately.

Another way to help your car's battery start is to top it up with oil.

If you hear your car's engine struggling, it's usually because there's insufficient engine oil. Using a dipstick, check the oil levels first before starting the engine to have an idea of whether or not it's lacking in engine oil.

The last option would be to jumpstart your car's engine. Only do this as a last resort, especially if you have no prior experience. If this still doesn't work, it's time to call a service center to help your car.

If you wish to learn more about this section, consider checking the link below. There, more details are provided for you to understand this topic further.

Car Won't Start In The Cold [Only When It Warms Up]—What To Do?

Antifreeze is essential in helping to maintain your car's engine. It does this by lowering the freezing point of water, as well as raising its boiling point. The result is that your car's engine would become better equipped against extreme weather.

If you plan on changing your car's antifreeze, check the manufacturer's manual of your vehicle. Once every three years or when your car accumulates 30,000 miles, you need to change the antifreeze inside the car's system.

View this antifreeze on Amazon here.

At What Temperature Do Cars Stop Working? 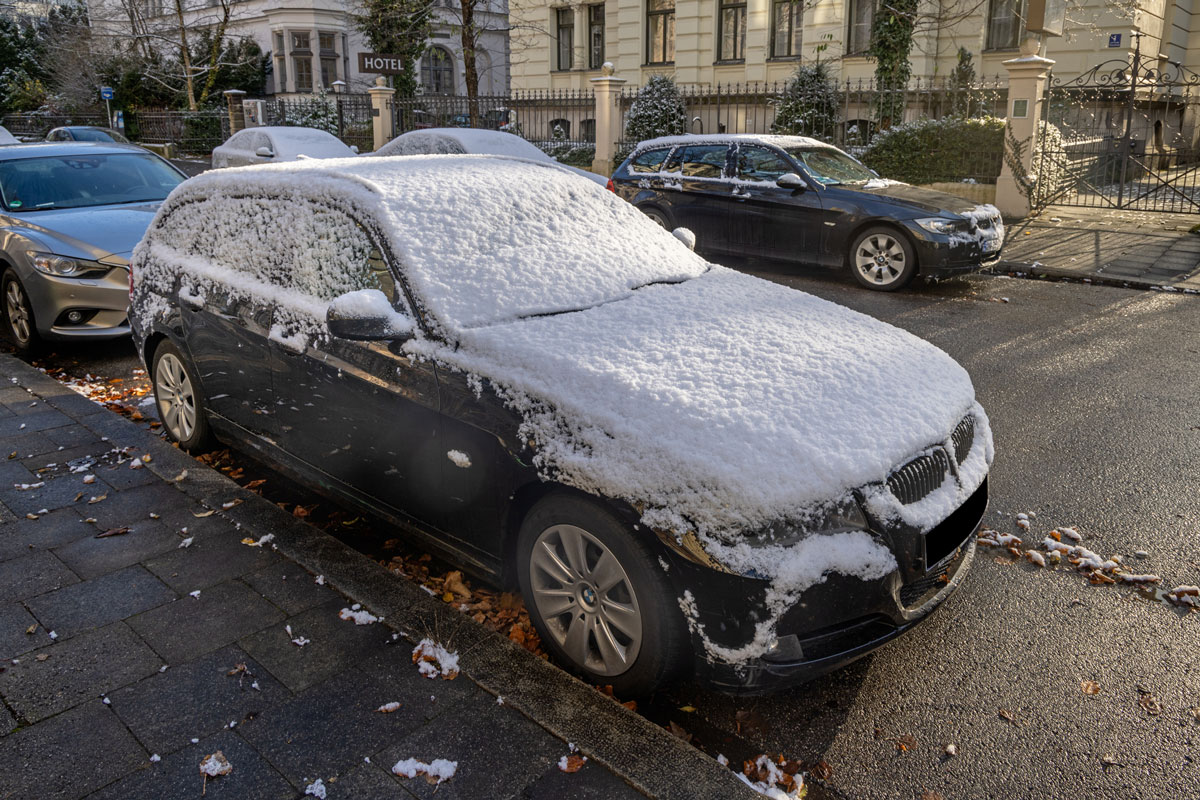 There is no set temperature for when a car stops working. Instead, you need to understand the adverse effects of weather on different car components.

For example, water freezes at 0 degrees Celsius, and engine oil becomes thicker the colder it becomes. These two are enough to cause severe problems with multiple components inside the car.

How Can You Get A Frozen Car Door Open?

Sometimes, what slows you down on a cold morning is not your car's engine not wanting to start. Instead, you cannot get inside your car due to a frozen door.

A simple trick to resolve this is by pouring warm water over the affected area. A de-icer spray would do the trick nicely if that doesn't work.

These two tricks also work when the locks freeze over. You can heat the key with warm water or spray it with a de-icer.

See this de-icer spray on Amazon.

Is It Safe To Drive In Extreme Cold? 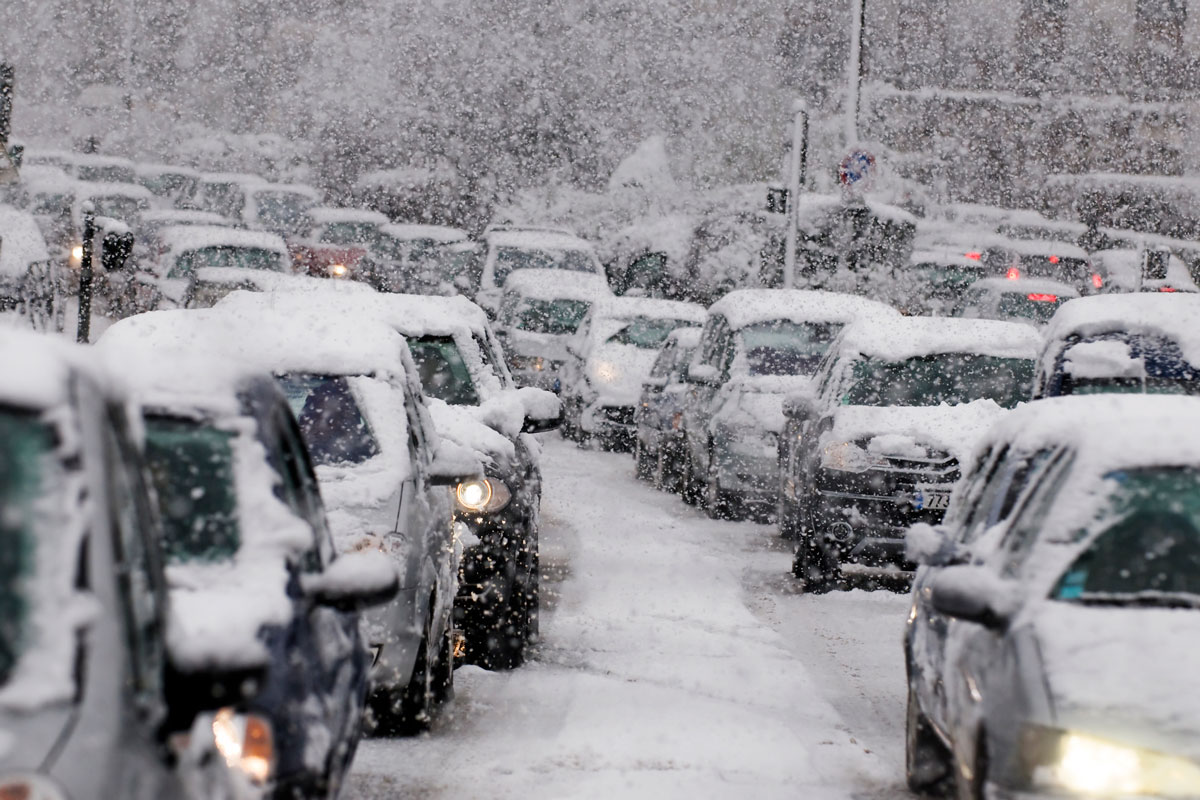 Driving during extreme cold is dangerous, considering the added risks involved. The roads are usually slippery, and your visibility will decrease during heavy snowfall while driving.

Additionally, the snowfall can hide unsuspecting holes and rocks on the road, leading you to a vehicular accident if unlucky. As such, one needs to observe road safety when out driving in harsh weather.

One way to minimize risks is by increasing your stopping distance. This is to help avoid accidents on the road caused by your car slipping. This is also helpful when having limited visibility on the road.

Another is to decrease your usual speed when out driving. This helps prevent slippage on the road and allows you to make turns safely.

Also, check your car to be in good working condition to drive in extreme cold. Make sure to check the engine, tires, fuel, and oil, among others, when out driving.

However, the best option during extreme cold is to stay at home. Unless necessary, avoid driving during harsh weather to prevent the risk of getting into an accident. 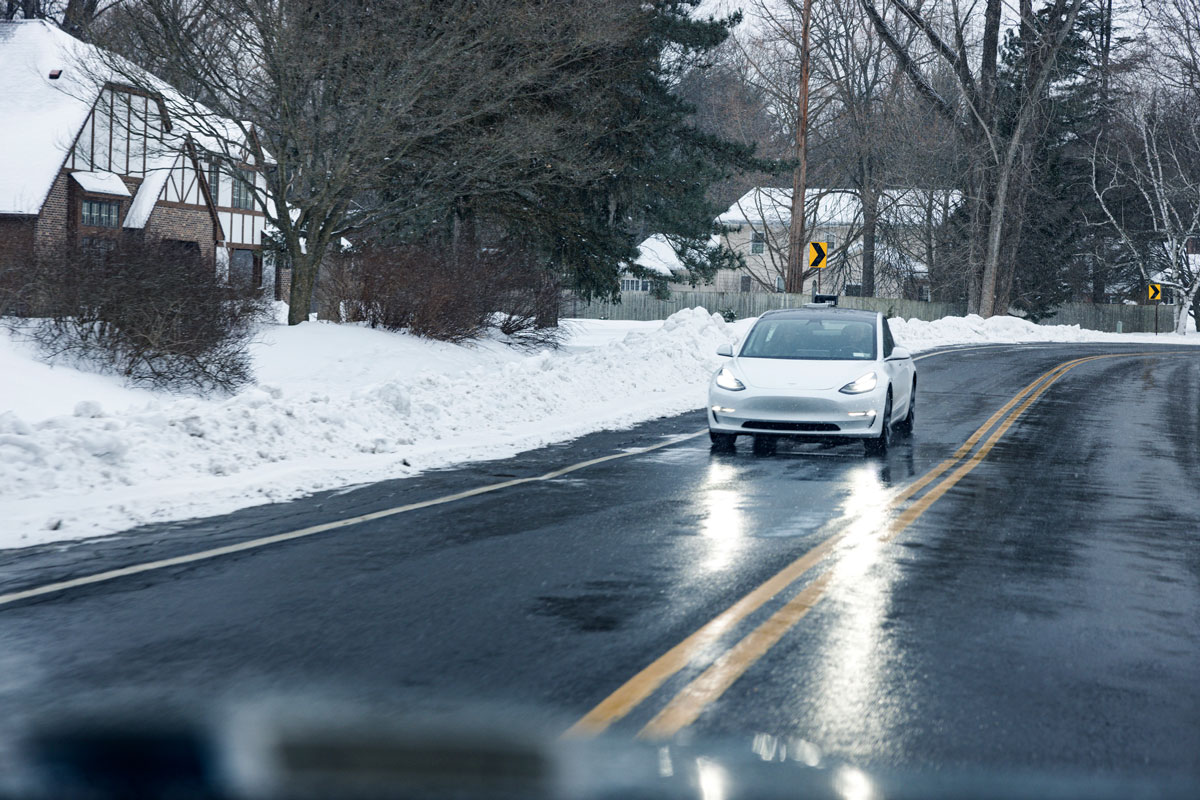 Wrapping it up, understand that there are several reasons your car won't start when it's cold outside. There may be a problem with either the fuel or oil inside your car or some components breaking due to the temperatures dropping.

That's why it's important to understand your car's needs, especially when winter is fast approaching to avoid these issues.

Made it to the end? Check out these helpful related posts!

How to Winterize Your Car in 5 Easy Steps

Can You Use RV Antifreeze In A Car?