It is pretty common to start a car when it is in the park. It is the way we are taught when going through driver's education. However, car problems happen, and you might find yourself in a position where your car only starts when it is neutral. Why won't your car start in park but will in natural? We have taken the time to answer that question in this article!

The common reason your car will start in neutral but not in park is due to a faulty neutral safety switch. This switch is what makes your car able to start in either gear. If the neutral safety switch goes bad, it will only allow the car to start in neutral. However, other common reasons can be a low battery charge or problems with your transmission itself.

Since vehicles are depreciating items, they will have parts that break over time. This includes weird things happening, such as your car only starting in neutral. This article will dive deeper into why your car won't start in park but will be neutral. In addition, we will discuss why you are having other issues with your vehicle starting, so keep reading!

My Car Won't Start In Park But Will In Neutral

Several reasons your car won't start in park but will only start when it is neutral. This includes issues with battery strength, problems with your transmission, or having a faulty neutral safety switch. Let's take a closer look at each of these possible culprits! 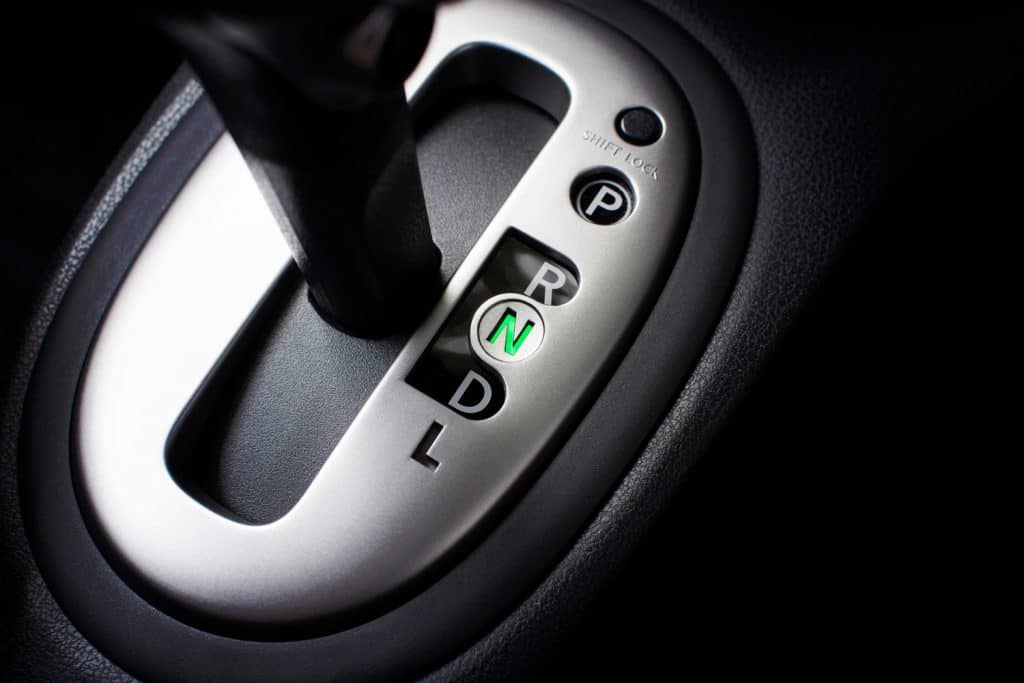 A faulty neutral safety switch is one of the more common issues that can cause the car to start in neutral but not park. This electrical safety switch gives you the ability to start your vehicle in neutral or park. Unfortunately, this switch can often go bad and keep your car from turning off when put into park.

When a neutral safety switch goes bad, it usually happens fast and cannot be fixed without replacing the part. Unfortunately, if you have tried to fix your neutral safety switch, you will need to purchase a new one from your mechanic or local car shop. You can also order this part online from various websites that specialize in auto parts.

In addition, if your battery is old or has been drained, then it may not have enough power to start the car when in park. This is a common issue with batteries after they have been used for a long time. If you charge your battery and still cannot get it to work, then you may have a much larger issue on your hands.

If the battery is not an issue, then it can be beneficial to check your transmission fluid. If there are not enough fluids in the car, you may have issues with the car only starting in neutral. Low fluids will also cause problems when trying to turn off your vehicle. In this case, check the fluids and fill them up as needed.

Lastly, a failing transmission can also cause your car to start in neutral and not park. If the gears inside of your transmission are worn out or broken, then it will throw off the balance of the gears that turn on when you put it into the park.

In this case, you might have some severe issues with your vehicle if the engine is only starting when in neutral. In addition, you may have a failing transmission or other components inside of the transmission that needs to be rebuilt.

Do you start an automatic car in park or neutral?

You should always start your car in park for safety reasons and not stress the transmission itself. Starting your vehicle in neutral is an exception due to its shifting functionalities if you have a manual. However, most modern vehicles will not work unless they are put into park.

In addition, some automatic cars with push-button start also require the transmission to be shifted into park before turning on your vehicle. If you try to turn on your car without this being done, your car might not start.

In most cases, cars will start when in neutral and park. However, it makes the most sense always to start your car in park. The only time you should be starting an automatic transmission car in neutral is if that's the only way it will start.

What sensors can cause a car not to start?

Many different components within your car will cause it not to start, especially if they are faulty. In addition, sensors such as the knock, throttle position, and camshaft sensor will keep your vehicle from starting.

These sensors monitor specific aspects of your car, and their functionality is crucial for starting a vehicle. So, let's take a look at each of these sensors and their jobs! 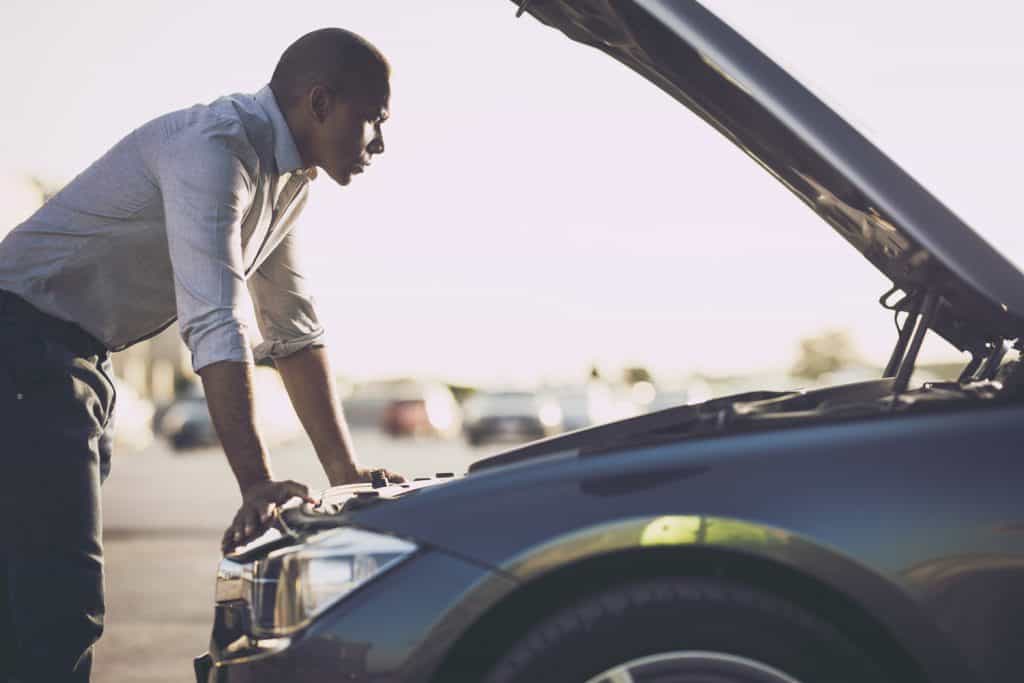 This sensor is most familiar with turbocharged vehicles and functions as a safety device. For example, if there is too much pressure in the cylinder, the knock sensor will prevent the engine from detonating and causing damage to it.

In addition, if there is any misfiring within your vehicle due to high amounts of pressure or heat, then this warning sensor will prevent your vehicle from starting.

This sensor monitors the amount of air pressure in your engine while it is running. If there is too little air, your car will not start, and your vehicle will also not function properly while running. In addition, if this sensor does not work, then the check engine light will come on and show that you have an issue with this component.

A faulty or failing camshaft sensor causes similar issues to the ones with the throttle position sensor. The car will not start because it does not know what rotations per minute it should have, directly affecting how much pressure is released through the engine.

A faulty mass airflow sensor will not allow the car to start because it measures how much air passes through the engine. Without this sensor, the car will have a hard time running and may even cause significant damage to your vehicle if you continue driving it without fixing the issue!

Finally, a faulty crankshaft sensor will cause your car not to start because it is responsible for measuring the rotations per minute of the pistons. Without this measurement, your vehicle will have a hard time starting and may not even be worth trying to turn on.

Why is my car cranking but not starting?

If the car is cranking but not starting, there could be an issue with one of the sensors we talked about above. In particular, if your vehicle has a faulty camshaft sensor or manifold absolute pressure sensor, then it will crank without actually starting. In addition, if either of those sensors is defective, you will see the check engine light turn on. However, there could be more going on with your car.

If the fuel pump is faulty, it will start to work and stop as you try to start your car. This means that it is not giving the engine enough fuel to keep running, so you will notice that it turns off after cranking for a few seconds.

If you have faulty spark plugs, your car will crank but not start because the engine cannot run with no proper fuel or ignition.

A battery that is too low will not allow the car to turn on at all, so if this is your issue, you know that it might be time for a new battery.

If the fuel injectors are clogged, you will see the engine turn on but sputter until it eventually stops turning.

In some cases, a bad starting alternator may cause your car not to start as well. In this case, you may notice that your headlights and dashboard lights do not function. The battery also gets drained after a few minutes of having the car off.

Is neutral the same as Park?

No, neutral is not the same as park on an automatic transmission car. Park is the position where your car will not move at all when you release the brake. Meanwhile, neutral is a position that disengages the transmission not to change gears while driving.

Since there are no gears engaged in neutral, if the engine stops running, the car will not go anywhere. So yes, people can drive in neutral. However, it's not the safest option when you have to press on the brake! 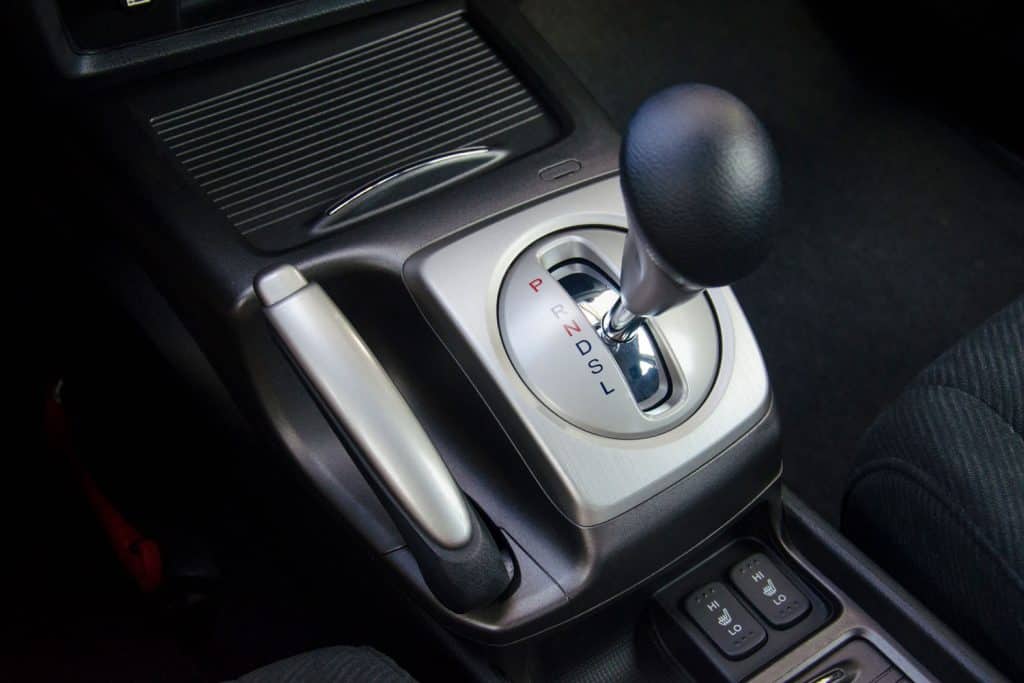 Overall, if your car is acting up and only will start in neutral, there is a problem that needs to be addressed. If it is any of the issues mentioned in this article, then it is only a matter of time before your car may not start at all.

If you like this article, then you should also check out:

What Are The Best Wiper Blades For Winter?

How Often Should Tires Be Replaced?

this was very helpfull , my car wont start in park, maybe i will try neutral''''''see if that works'''thanks