So your car won't start when parked on a hill? Well, there are some things you should check before contacting a mechanic, and you will learn about them in this article. We have researched this problem in-depth and will show you how to diagnose this issue so you can fix it yourself.

There are two leading causes why a car won't start when parked on a hill. Either you have a fuel tank that is running low on fuel, or you have a leaky fuel injector hose, or worse, both.

Continue reading to learn what to do when your car doesn't start when parked on a hill and what to do if you are experiencing common starting issues with your car. 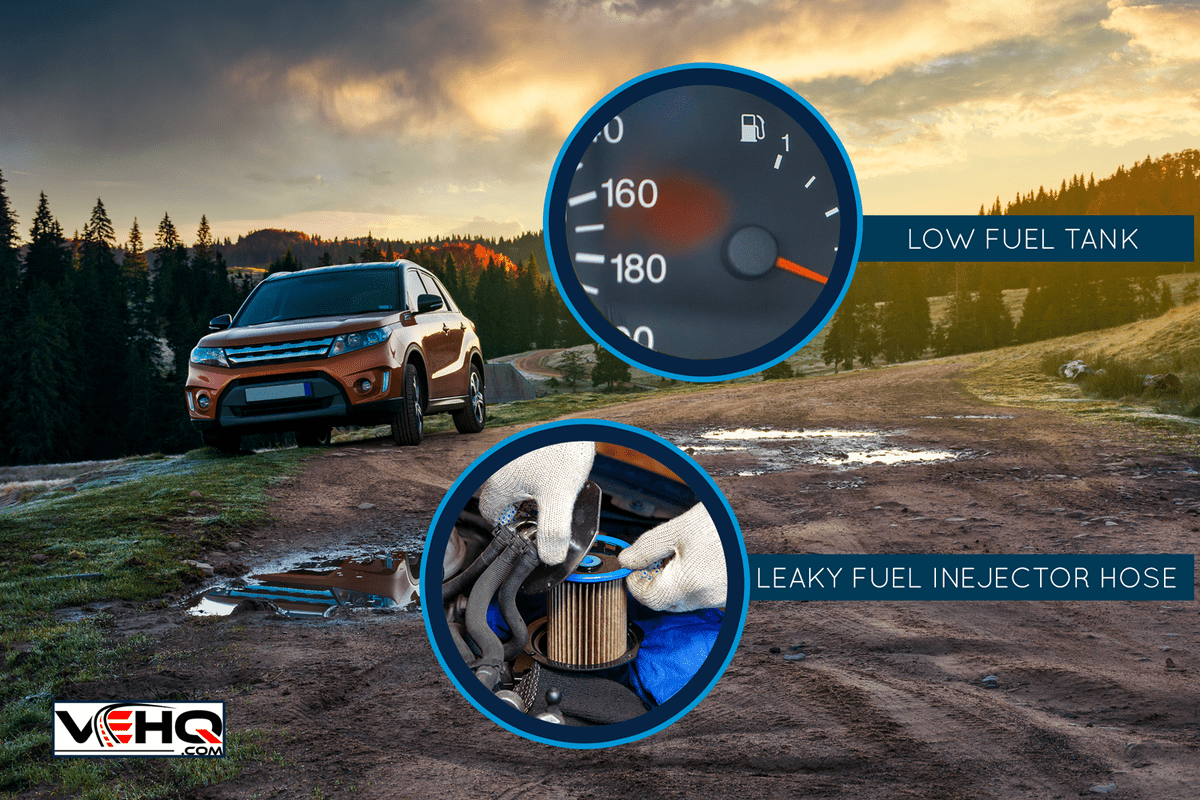 What Causes A Car to Not Start When Parked On A Hill?

We'll elaborate further on the main causes and look at how to troubleshoot a car that won't start when parked on a hill. 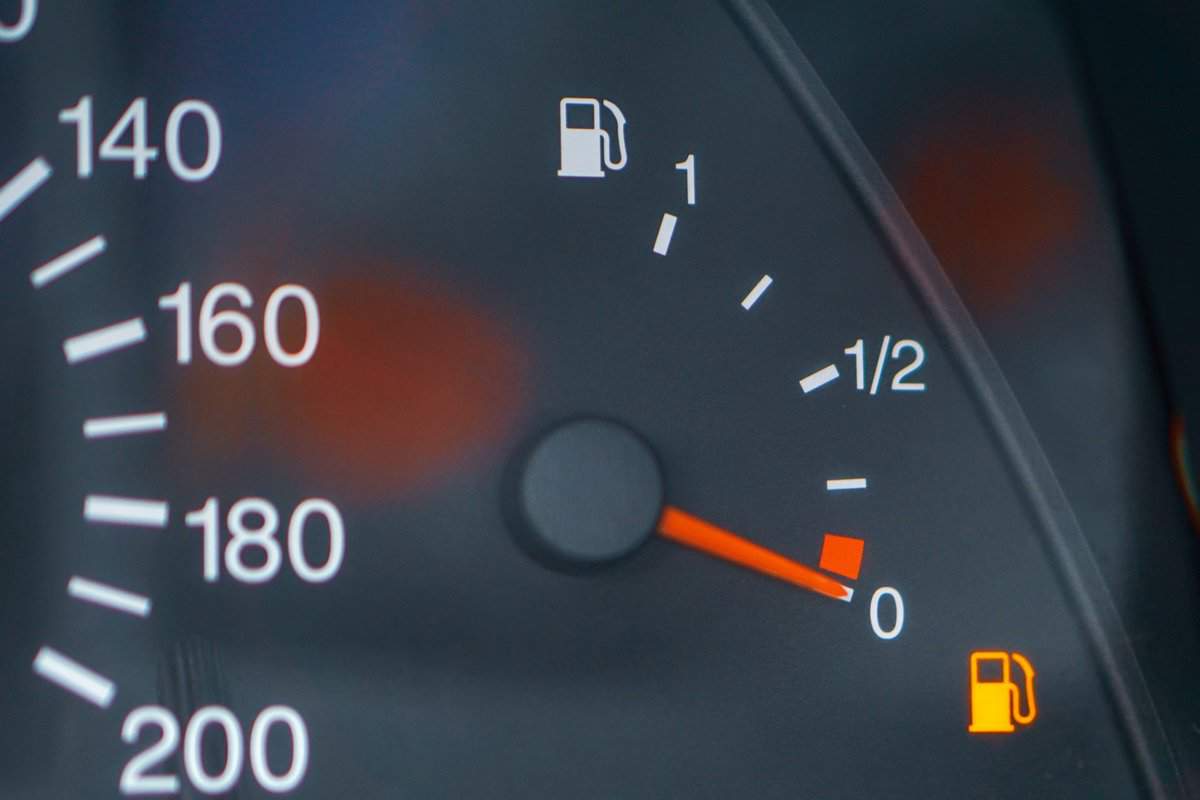 In addition, a car's fuel pump can run dry if it is not fully saturated with fuel. The fuel pump draws fuel as soon as the car is started. Since the fuel has settled down to the tank because of the angle at which the car is parked, the fuel pump struggles to get enough fuel to start the car.

A fuel injector hose looks like a small rubber hose that connects the fuel tank to the fuel injector. It is a critical part of your car's system as its task is to carry fuel to the engine.

Furthermore, the fuel injector hose should be inspected for any leakage or damage. If you see any damage, such as cracks, leaks, or pinholes, it's time to have it replaced. A car with a leaking fuel injector hose parked on a hill is most likely not going to start.

Since the hose is leaking, it sucks in the air instead of fuel, and this causes the engine to fail to start.

Watch the video below for a more detailed explanation of this issue:

How Does The Fuel Injection System Work?

The fuel injector controls the flow of fuel into the engine. The injectors are found in the intake manifold, and they control the amount of fuel that enters each cylinder during an engine cycle.

Moreover, the injector controls the air/fuel ratio or the ratio of air and fuel. A properly functioning fuel injector will create a spray directed at the cylinder head.

Check out this universal fuel injector hose on Amazon

What to Do When Car Won't Start When Parked On A Hill? 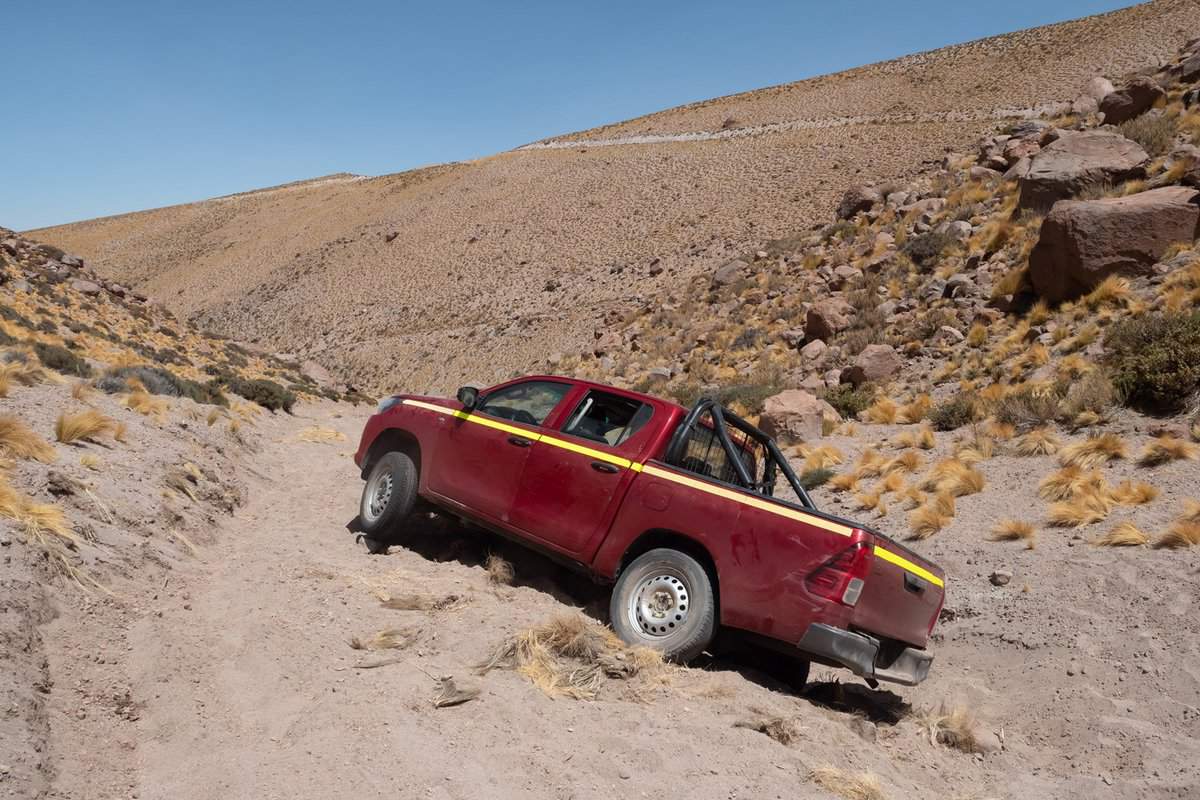 Ideally, it would help if you had your car's fuel level at least more than half full before parking it on a sloped surface.

This is to ensure the fuel pump is immersed in fuel and not running dry. This enables the fuel pump to continue to pump out fuel long after the car has been put in park.

Next is to roll the car down the hill to a flat surface so that the fuel will flow to the fuel injectors. Parking your cars on an inclined road is perfectly safe as long as you avoid a steep gradient.

However, if you find yourself in a situation where parking on a sloped surface is unavoidable, try to find an alternate location with less of a slope. This will negatively affect your car's transmission system in the long term if it becomes a habit.

But if your car still won't start after making these changes, then you need to check the spark plugs. Spark plugs are responsible for creating an electrical current that will ignite the gasoline to initiate the combustion process.

A bad spark plug can cause a hard starting for your car. Spark plug issues usually are common, especially during the winter season. 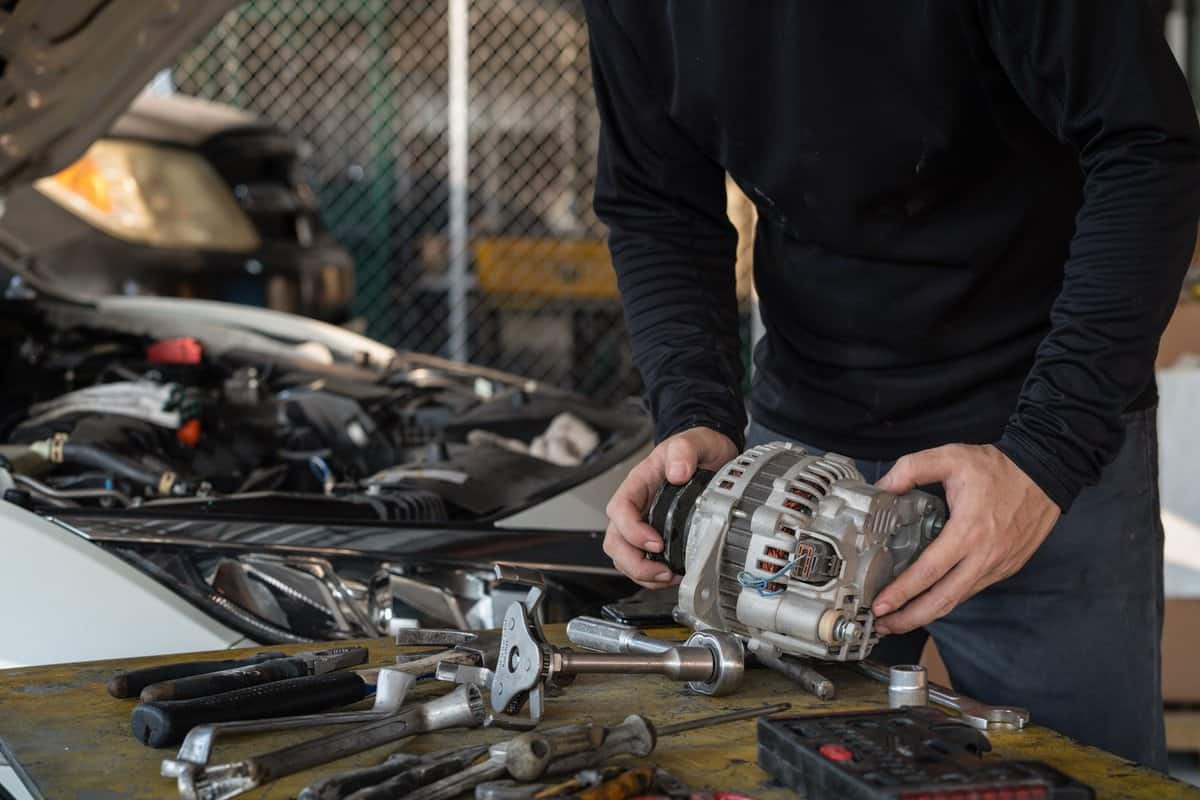 Here are some of the common issues why your car is struggling to get up and running and the things you can do to prevent these issues from cropping up in the future:

Check out this universal ignition switch on Amazon

Weak battery or a bad alternator

A car's battery can fail for many reasons. The most common cause is a bad alternator or an alternator not charging the battery properly. The alternator's function is to charge the battery when the car is running.

In addition, an alternator provides electric power when you turn on your key, and the engine is running. So it's either a bad alternator that does not produce enough power to recharge the battery or the battery may be unable to hold a charge after being fully discharged.

Another thing that you should check is the fuel injectors. These are the valves that open and close the flow of gasoline. They are very important because they control how much gas flows to each engine's cylinder.

If your car's fuel injectors are dirty, the dirt will clog and will interfere with the ignition. This can cause the car not to start regardless if it's parked on a hill or even on a flat surface. In addition, a clogged fuel injector can cause a car to misfire. If this occurs, the engine might not start.

A starter is a small electric motor that operates the engine. The starter has an electric coil inside it. It is connected to the battery by a wire, and when you turn the ignition key, the starter turns on the coil and starts the engine.

One of the symptoms of a bad starter is that the starter will run for a few seconds but then stop, and you will have to turn the ignition key several times before the engine starts.

Another symptom of a bad starter is that you hear a clicking noise when turning the ignition on. This is the starter making contact with the flywheel. 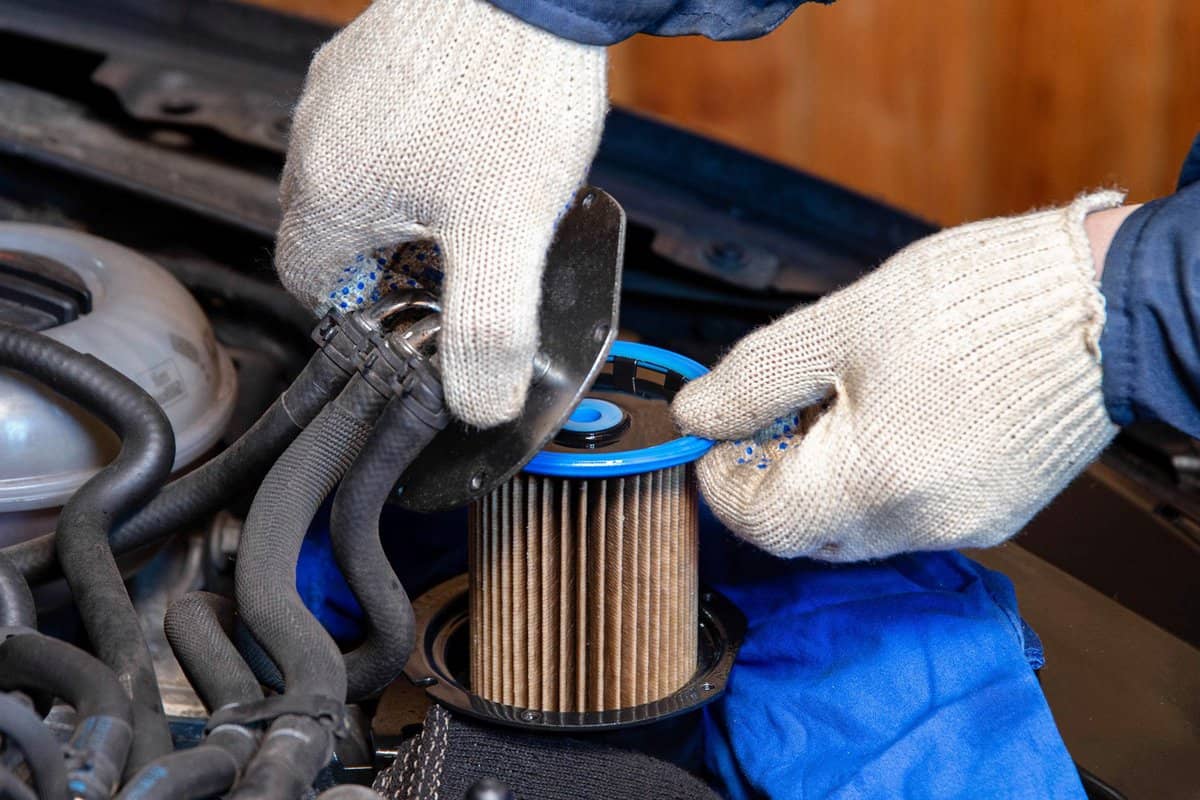 A fuel filter helps keep your engine clean and running smoothly. But it can get clogged with dirt, so you need to check it regularly.

If the filter is dirty or clogged, it can cause the engine to run more fuel than necessary. This results in a lean mixture and causes your engine to misfire. Check the filter for dirt, and change it if necessary.

A low or empty gas tank is often the reason why a car won't start. Some people won't bother going to the gas station until the fuel gauge hits the dreaded E (empty).

You don't want to do this during winter. The empty space in your tank is filled with air and may condense and freeze. Once the ice melts and liquefies, it will mix with the gas and give you an inaccurate gas gauge reading.

In addition, water doesn't mix with gas, so it will settle at the bottom of the tank. If the fuel becomes too low, the fuel pump may pump the water to the fuel injectors because there's not enough gas to pump anymore but water.

This is why you will hear your engine sputtering once in a while.

Water in the fuel tank is non-negotiable and should be avoided at all costs as this will cause rust and corrosion in the tank. 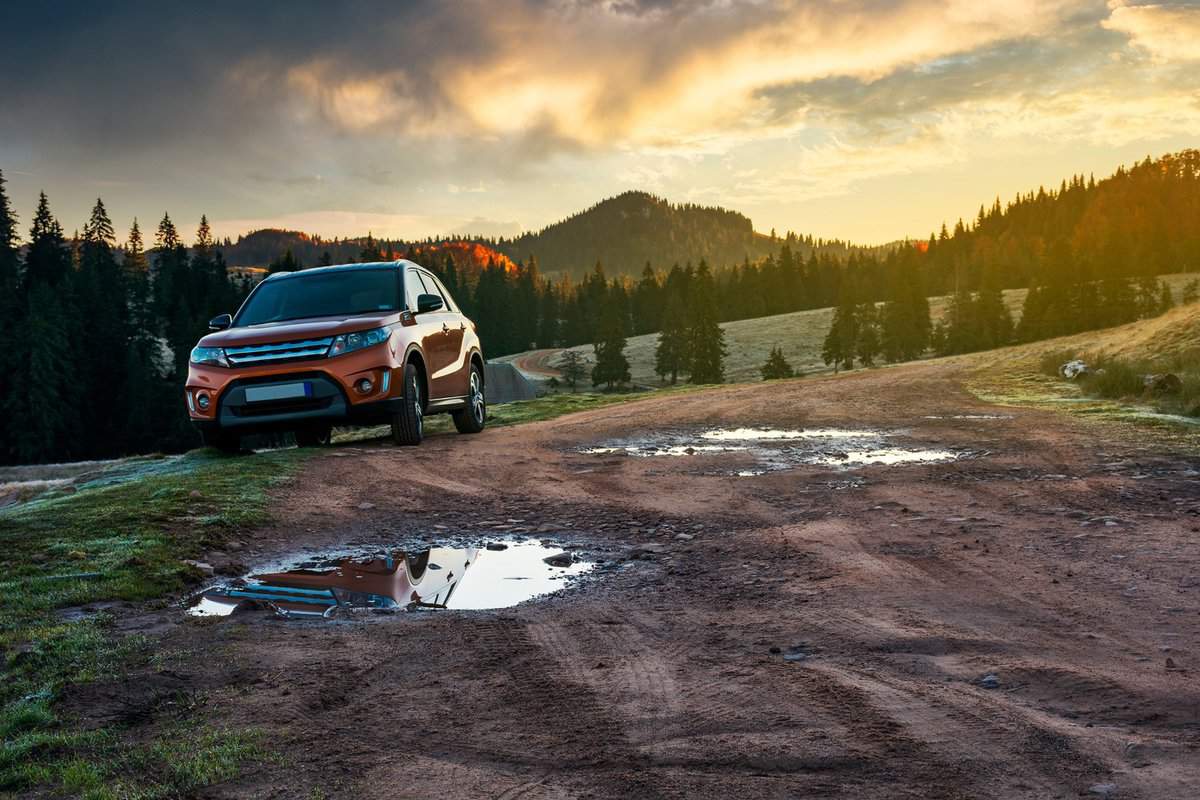 There's more to a car not starting when parked on a hill than meets the eye. Some people may not know that parking a car on a hill is not advisable.

This is especially true if the hill is steep and rocky, as it can cause severe damage to the transmission system long-term. This is much worse than a car not starting at all.

How Long Will A Bad Starter Last?