Skip to Content
If you've been following the news lately, you might have caught onto a trend with car thieves. Catalytic converters, a vital part of your exhaust system, are gaining recognition as the most stolen car part. But how can just one part be so valuable? How big is a catalytic converter, anyway?
It's hard to say an exact size for the catalytic converter. Catalytic converters come either as direct-fit or universal. In either case, the diameter of the inlet and outlet tubes is the most important factor in sizing. The actual length of the part will vary based on the make and model of the vehicle that the converter is for. It's common to find measurements as little as 13 inches or as long as 45 inches!
Keep reading to learn more. What's the difference between direct-fit and universal? What are the advantages and disadvantages? How much are catalytic converters worth? Is there a way to keep thieves away? We'll cover all that and more, so read on! 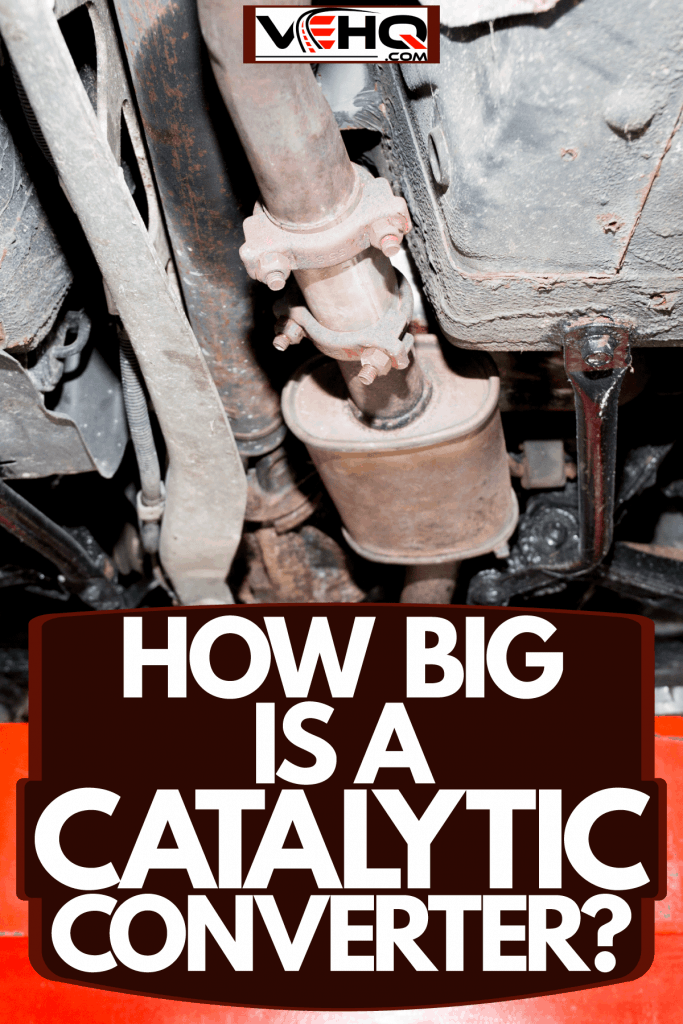 Direct-fit converters are designed and made to fit a specific vehicle model. This means that not all converters are the same. The right catalytic converter for your car won't necessarily fit your spouse's car. Of course, this is common in car parts. It's certainly not unheard of to have to buy a part specific to your make and model of car. Parts are not always interchangeable.
On the other hand, universal catalytic converters are, well, universal. They are designed to fit most vehicles. Typically, they are a bit more affordable but require a professional. Universal converters must be fitted properly into the exhaust system with custom fabrication. And, when using universal converters, you need to be sure of two things:

Since they require professional installation, however, this is easy to solve. Just let the mechanic advise you on the best converter for your vehicle.

But How Big Are They?

There's some natural variety to the size since some are made for specific cars. Also, the diameter of the tubes is more important than the length of the converter itself. For example, in Magnaflow parts, a Jeep Wrangler direct-fit converter is 45 inches long! Meanwhile, the corresponding piece for a Mazda Miata is a mere 16 inches. There's just not "one" answer for this question. 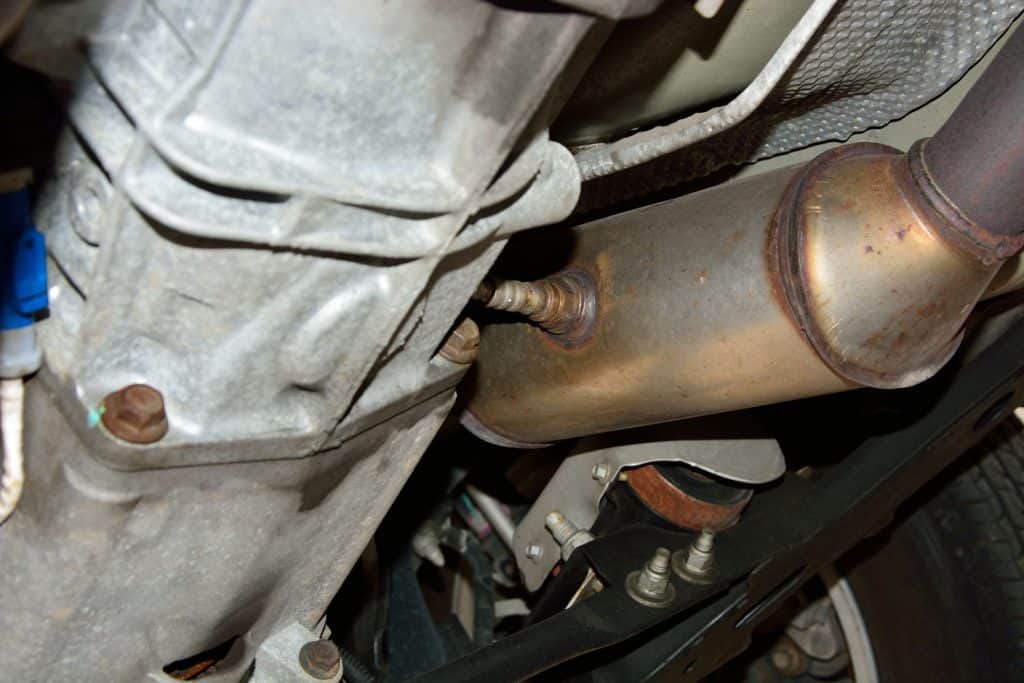 Universal converters do tend to come closer to the same size as each other. For example, at Magnaflow, converters range from 13 inches to 16 inches. There's still some variety, and again, the inlet and outlet diameter is the most significant. But the sizing is more similar since they need to work for many cars.

Where Is The Catalytic Converter On A Car?

However, there is a unique type of converter, the manifold catalytic converter. If your car has this kind, it's part of the exhaust manifold. This one-piece is an integration of the two parts. It could look, for example, like this:

How Much Is The Inside Of A Catalytic Converter Worth?

A catalytic converter works by having a honeycombed piece on the inside. This structure has a coating of various metals. As the gases from the exhaust pass over this surface, there is an interaction. The gases then break down (or convert) into less harmful toxins.

The metals used are rather rare. They are the only ones that have this specific, necessary effect. You can't use just anything as the catalyst for this reaction. The makeup of converters includes expensive metals like rhodium, palladium, and platinum.

While parts manufacturers try to make do with as little of these materials as possible, they're still quite expensive. According to JD Power, palladium costs more than gold per ounce. When sold for scrap, converters frequently fetch around $100. Older vehicles with larger catalytic converters can go for more. Sometimes, the scrap value is as much as $1,000. It's rare to get this much, but possible. This price varies with changes in the market - the value of an ounce of metal can change frequently.

But keep in mind, removing these valuable metals isn't easy. The average scrapper down the street may not have the right equipment. And, because of the value, converters are a car part that is commonly the target of thieves.  As a result, the dealers who can take these parts are also asking for proper ID.

Reputable dealers check thoroughly before they want to do business. Anyone who "suddenly" has a lot of converters to scrap can expect questions. There's too much stolen product out there on the market. No professional scrapper wants to be an accessory to a thief.

What Cars Are Most Likely To Have Catalytic Converter Stolen?

There are two factors in just how likely theft is. The more valuable the converter, the more thieves want it. But how easy it is to steal is also essential. A car with a converter that's very difficult to remove might be left alone, even if it's valuable. The harder it is to remove, the more chance that someone could see you swiping it. That's exactly what a thief wants to avoid.

The best way to know is to call muffler shops in the area. They hear the stories and know what vehicles have been targeted lately. The people stealing are likely to hit the same style of cars over and over. After all, they've learned how to get the part.

Trucks and SUVs tend to be hit more often. Because they sit up off the ground, it's easy for thieves to fit underneath. Having to jack up a low-sitting car takes too much time. Prius and other low-emissions cars can also be a target. Their converters typically have more valuable metals. A good converter with lots of metal is part of what makes it a low-emissions car in the first place.

To foil thieves in the first place, Nerdwallet recommends painting the converter a bright, noticeable color. Then, mark your vehicle's VIN on it in an obvious location. This might make it harder for a thief to resell to a scrapper and deter them from taking it at all. Another option is to talk to your local muffler shop. They may be able to recommend an anti-theft guard or shield for your vehicle, which makes it harder to steal the converter.

Catalytic converters come as either direct-fit or universal, both of which have a variety of sizes. Converters range in size, depending on the make and model of the vehicle. It's easy to find a catalytic converter anywhere from 13 inches to as much as 45 inches long! Because they work by using valuable and rare metals, they are also a common target for thieves.

The metals inside can be resold to scrappers. It's common for each piece to fetch around $100 and, in rare cases, as much as $1000. You can ask your local muffler shop for advice on anti-theft devices that they can install to deter thieves. Another option is to paint your converter with your VIN in a prominent place, making it harder for a thief to resell.

If you enjoyed this article, try: