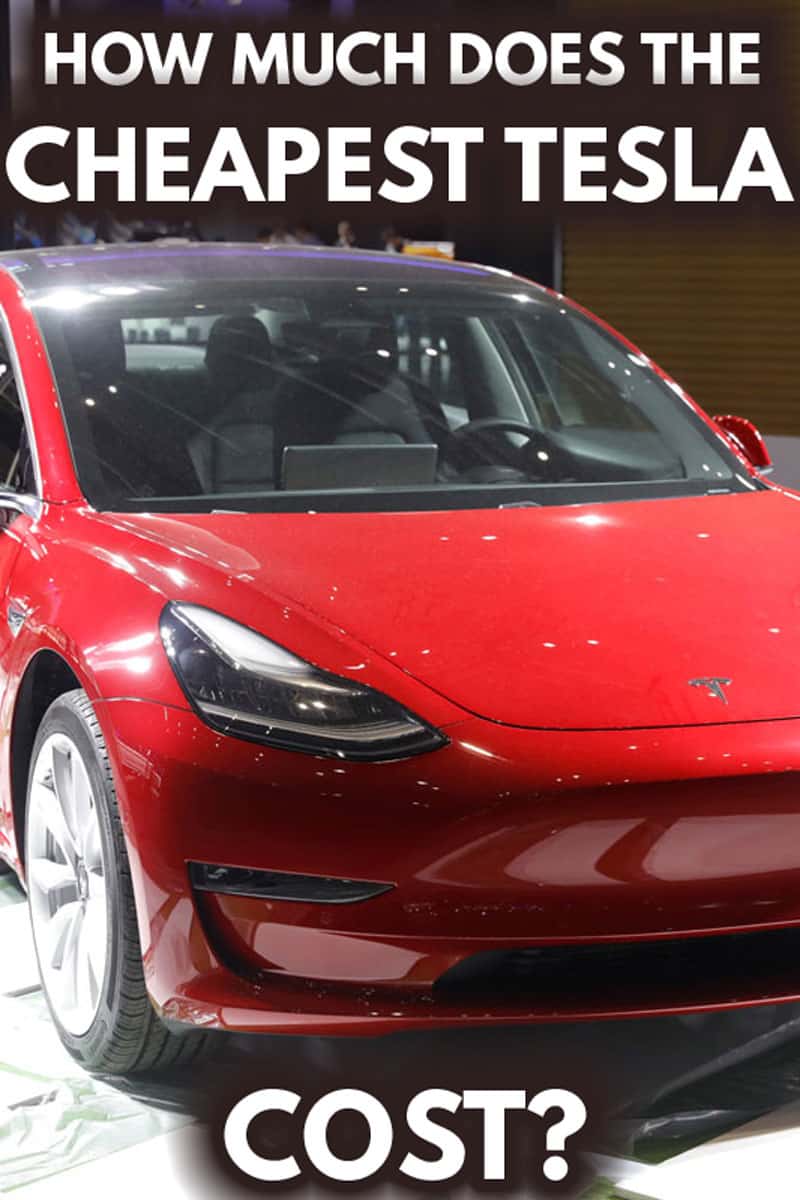 Tesla is a pioneer in the world of electric vehicles (EV). Elon Musk joined and saved Tesla in 2004. He intended to create electric cars. EV wasn’t a new idea, but it was one that has yet to be successful. Musk also committed to bring electric vehicles to a broader audience at a more affordable price. Tesla doesn’t come cheap. Musk did eventually make good on his promise. That said, how much does the cheapest Tesla cost?

Elon Musk made a promise to sell a cheaper Tesla. The Tesla Model 3 went to market in February 2019 with a price tag of $35,000, making it the cheapest Tesla model on the market. The $35,000 price tag was short-lived, lasting under three months. The new price was $35,400. It’s possible that some Model 3’s were acquired at that price, but the current price for a Model 3 starts at $39,490.

An almost $40,000 price tag might not sound cheap. But in the EV marketplace, it’s in a sweet spot. Model 3 performs and delivers. Keep reading as we delve into the fascinating and ground-breaking EV industry with Tesla. We’ll also dig deeper into pricing and help you learn how much a Tesla costs.

History Of The Tesla

Tesla was formed in 2003 by engineers on a mission to build all-electric vehicles that could compete with gas-powered cars. This was around the same time that General Motors (GM) stopped producing its electric EV1 car. Tesla saw an opportunity and began to make their mission a reality.

As follows are the EV’s in Tesla’s fleet of cars:

How Much Does a Tesla Model 3 Cost?

We mentioned earlier that the least expensive Tesla is Model 3 at $39,490. This is the car that Musk said he would deliver to the masses at a competitive price. When Model 3 was first released, it could be purchased online and at showrooms for $35,000. Within a couple of months, the price quickly jumped to $35,400. And that price couldn’t be obtained online at Tesla’s website. Potential customers would need to pick up the phone or visit a showroom. And likely, those customers still not walk away with a $35,400 car.

Tesla.com sells three trims of the Model 3: 1) Standard Range Plus, 2) Long Range, and 3) Performance. They also have a keen way of demonstrating a price—Purchase Price and Purchase Price with Potential Savings. Those potential savings are an estimate of incentives for gas savings.

Let’s take a look at both pricing options by trim for Tesla’s cheapest EV:

The price of a Model 3 depends on your budget as well as what you want or need from your car. For just under $40,000, you can drive away with a new Model 3. If you need the extra speed or all-wheel drive, you’ll be closer to owning an almost $60,000 or more car. The savings from incentives and gas may be meaningful, but that also depends on you. Savings on gas alone is certainly something to consider.

Will Tesla Model 3 Price Come Down?

Since the Model 3 pricing has gone up recently, it’s unlikely that it will go down in the short term. Tesla struggled at the $35,000 price point, probably losing money. And that price was short-lived, not seen since the beginning of 2019.

Earlier this year, Tesla did reduce prices a bit as federal tax credits began to expire. But prices are on the way back up. A recent announcement indicated a $500 increase on the Standard Plus and a $1000 increase on the Performance model.

Do You Still Get a Tax Credit For Buying a Tesla?

A tax credit for an electric car is provided to consumers until the car manufacturer reaches 200,000 units sold. At that point, the clock starts running by quarters. And the credit gradually reduces each quarter, over 15 months, until it ends.

As we mentioned, Tesla did initially reduce prices to offset the reduced credit. But now prices are back up.

How Much Does a Used Tesla Cost?

The prices between new Tesla models vary widely from $40,000 to over $100,000. We did some research by model for used Tesla’s. Below is a sampling of what we found to be on the lower end of the price range for used Teslas compared to new Teslas.

Tesla’s are popular cars. The Model 3 has been the best-selling in its class, and it comes in at a much lower price point than the Model S and Model X. Depending on your needs, you could save a significant amount of money on a pre-owned Tesla.

Do Tesla’s Hold Their Value?

Cars that are in demand, usually depreciate less. We came across a study that showed that the Model S held 7% more value than its competitors. It’s probably too soon to tell on the Model 3, but given its appeal and lower price point, it should hold its value the same if not more than the others in Tesla’s fleet.

Tesla Is Changing The Way We Drive

Tesla’s don’t come cheap—at least not compared gas-powered cars. Their cutting-edge technology, high-performance, and sleek designs are desirable, though. Tesla sets lofty goals. They are on a mission to deliver green-friendly vehicles that change the world and change the way we drive.

For now, the cheapest Tesla on the market will set you back about $40,000. At that price point, you might be lucky enough to score a used Tesla or a new Model 3.