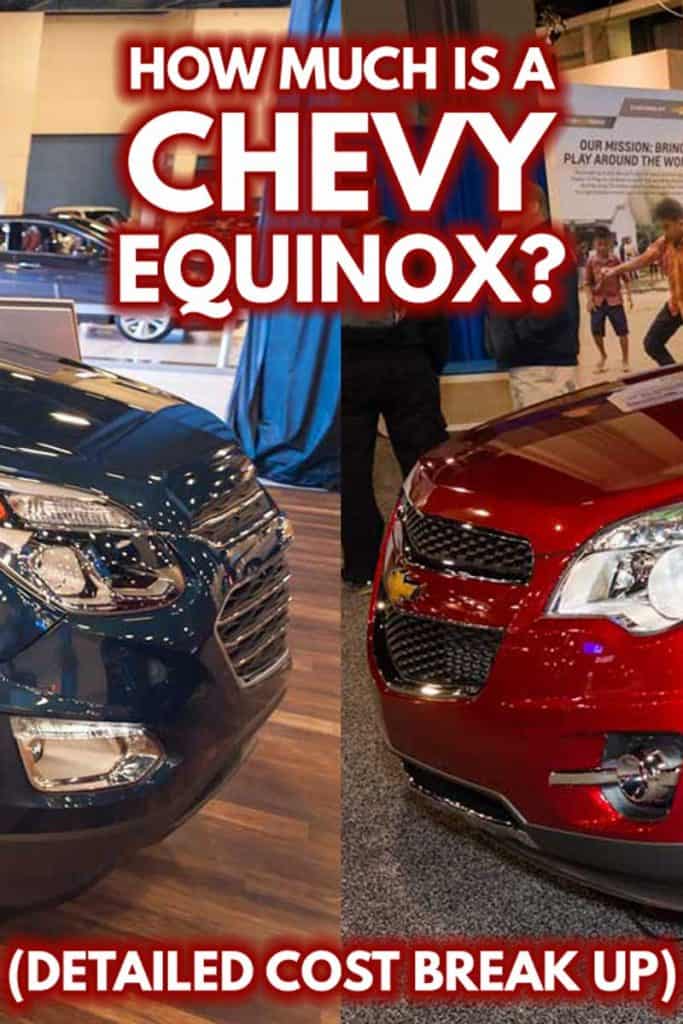 Price is one of the most important factors to consider when buying a new vehicle. Drivers who are considering crossover sports utility vehicles might wonder about the 2020 Chevy Equinox. They should know the price to see if it is within their price range.

The 2020 Chevy Equinox MSRP range starts at $23,800. This price puts the Chevy Equinox below some of its competitors like the Ford Edge, Jeep Grand Cherokee, and Hyundai Santa Fe. It can be an affordable car for some prospective owners, but there are some caveats to keep in mind.

However, many drivers might not want to buy a Chevy Equinox at that price point. When it comes to cars, MSRP works as a range of pricing because there are so many different types of options and configurations for a vehicle in any given model year.

Edmunds points out that the MSRP range for the 2020 Chevy Equinox is actually between $23,800 and $35,700. The higher end of that range would make the Chevy Equinox above average in terms of price for a crossover SUV. There are a few different factors that affect the MSRP range of a car. There are various options like new, larger engines and performance upgrades that all affect what the actual price will be when the bill comes due.

Let’s take a look at some of the options and configurations that will ultimately decide the final price of a 2020 Chevy Equinox.

First off, drivers can choose between front-wheel drive (FWD) and all-wheel drive (All-Wheel). AWD is, of course, the more expensive of the two options, so owners should consider whether they need it before choosing it over FWD. Then again, drivers who need AWD should think of it as an investment.

Again, the latter is more expensive than the former, but the price is worth it in this instance. The 1.5-liter engine offers 170 horsepower, which is below average for most crossover SUVs. Meanwhile, the 2.0-liter engine gets 252 horsepower.

This amount of power is much more in line with industry standards. Any driver who thinks they’ll need good acceleration and a decent amount of power stands to benefit from choosing the 2.0-liter engine. The 1.5-liter engine is very underpowered at almost any price point, but especially at the higher end of the Chevy Equinox's MSRP range.

The trim level will have the most significant impact on the price of a Chevy Equinox. Chevy offers four different levels of trim for the Equinox:

In the end, it’s up to you to decide what you want a car to do and what you need it to do. It’s worth understanding the different features available at each level of trim to ensure that the Chevy Equinox you pick will meet your expectations and demands.

The trim and performance of a car are the most significant factors in its price, but they’re far from the only ones. The interior of the vehicle has to be comfortable and convenient, so owners need to figure out what works for them while also being mindful of the total price.

This factor is another area where those different levels of trim come into play. To put it directly, the higher levels of trim have more options to choose from in terms of customization for the interior.

To illustrate this point, let’s take a look at the Luxury and Premier levels.

The following are standard at the Luxury level, and there are no options for upgrades or additions:

Here’s what comes as part of the Premier package:

The price difference is heightened when you consider all the available options for the Premier level:

Selecting any of those options leads to a higher total price, but would also make the interior more luxurious. Anyone who’s about to buy a Chevy Equinox should think hard about what they need to have in the interior. To feel comfortable in their car.

What Are The Reviews Like For The Chevy Equinox?

Now that we understand what goes into the price of the Chevy Equinox, we should talk about the other vital factors to consider when buying one: how good the car is.

The reviews for the Chevy Equinox are fairly middling overall:

Many other leading publications have rankings somewhere in that range. The Chevy Equinox is considered a somewhat average vehicle overall.

There are some common criticisms of the Chevy Equinox that explain that score.

First, the 1.5-liter engine is massively underpowered and has trouble accelerating. Second, the interior is made from inferior and cheap materials despite being somewhat expensive when options are implemented. Third, the cargo area is smaller than what can be found in other crossover SUVs.

On the positive side, the Chevy Equinox is known for its excellent handling and for providing a smooth ride. Additionally, the 2.0-liter engine is considered quite powerful and brings the Chevy Equinox in line with other SUVs in this class.

All this is to say that the Chevy Equinox is considered an average vehicle, and it's probably below average when it is at its most basic level. As other options and upgrades are implemented, the Chevy Equinox becomes a better and better SUV, so there is some benefit for the higher price.

Prospective owners need to consider the caveats and drawbacks of the Chevy Equinox to determine whether it’s the right car for them at any price. Because even with all of the options and upgrades, the Chevy Equinox might not be worth it because it would be too expensive.