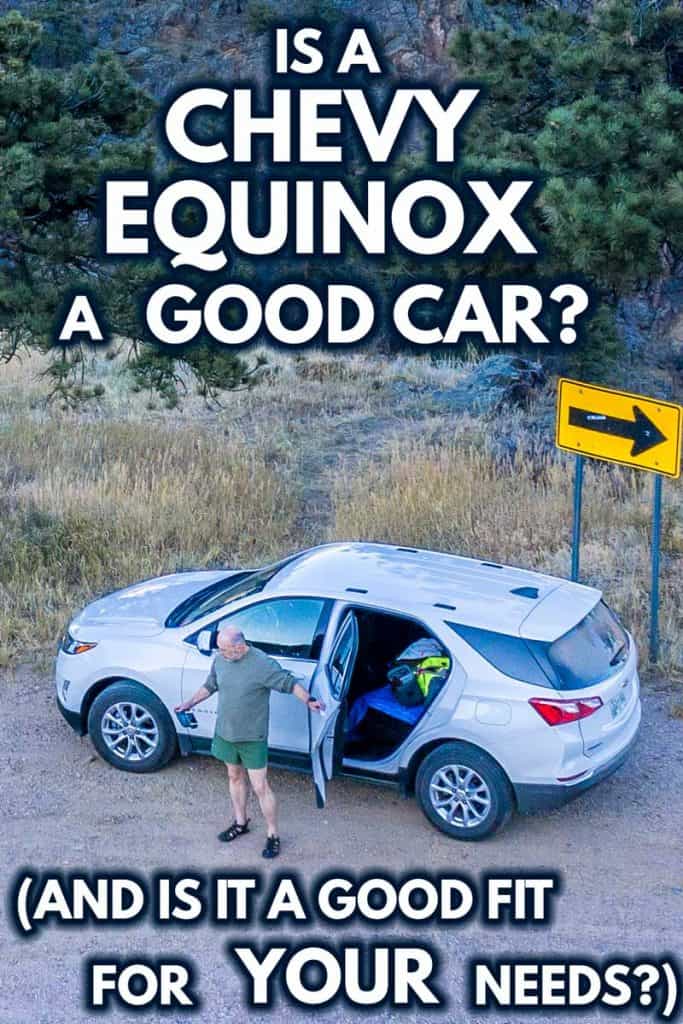 Are you on the hunt for a reliable compact SUV that has a price tag that isn't painful to look at, good on gas, and has some strength in it to tow a decent bit of weight? One option that may have come up in your search is the Chevrolet Equinox. So far this year, it's been one of the best-selling compact SUVs.

The Chevrolet Equinox is a reasonably decent car to buy. It has excellent legroom, simple infotainment technology, offers a smooth drive, and comfortable seats. The problem is that there's hardly much that makes the Equinox stand out from its competition.

Continue reading to get our in-depth analysis of the Equinox. We've done the research on Chevy's official website and checked what people say in forums and groups and put it all together in one post. Clearly, not everyone is going to agree with the opinions voiced here. Leave us a comment to let us know if you think differently!

The Price Of A Chevy Equinox

The Chevy Equinox sells in four trims, each at different rates. Those models are the L, LS, LT, and Premier. Below are the prices for a new 2020 edition of these models. Note that these prices can vary based on location.

No matter the model you choose, you can be assured that it won't cost you an arm and a leg.

What Features Does the Equinox have?

The Chevy Equinox can hold up to five passengers with decently comfortable cloth seats. Passengers (especially the driver) can see the road with ease thanks to the height of the seats. To make drives more comfortable, you have the option of getting heated seats, power-adjusted front seats, and leather upholstery instead of cloth.

The standard infotainment system is quite simple to learn. It comes with a 7-inch touchscreen, two USB ports, and the ability to connect Bluetooth, Android Auto, and Apple CarPlay. Passengers in the back have access to the rear-seat entertainment system as well.

You have the option of selecting between two fuel-efficient engines: 1.5-liter or 2-liter turbo engines.

The 1.5-liter engine is a four-cylinder engine with six-speed automatic transmission, and the ability to put out 170 horsepower. This engine has an estimated 26 MPG in the city and 31 MPG on the highway. Rivals in its class can't beat ratings like these.

The 2-liter engine pairs with a nine-speed automatic transmission. It also has the strength to tow up to 3,500 pounds.

To add on to the fuel efficiency, the Equinox comes with a stop/start technology standard. This feature lets you drive in four-wheel-drive mode until you decide to switch to an all-wheel-drive (not available for the L model).

When given the option, the 2-liter engine is the better choice. Although it's not as fuel-efficient as the 1.5-liter (only boasting 22 and 29 MPG in the city and highway, respectively), it's a much stronger and smoother drive. The 2-liter engine boosts the horsepower to 252, and it isn't so quick to shift gears like the 1.5-liter.

Read more: How Much Horsepower Does the Chevy Equinox Have?

What's the Equinox like When It Comes to Safety

It comes with airbags for the driver, passenger, front side, and front and rear head. It also comes with standard safety features such as automatic emergency braking; lane-keep assist, front pedestrian braking, and lane departure warning. Additionally, you get a warranty for three years or 36,000 miles.

Additional safety features available to you include the following:

How reliable is the Chevy Equinox?

The average yearly cost for maintenance is $495, which is lower than the average of $504 for all compact SUVs and $631 for all cars. The downside is that when you do need to get a repair, it's more likely to be a severe repair than other car models.

*Note: this section applies to previous models of the Equinox, not just the 2020 model.*

Since the Equinox was introduced in 2005, it's had its fair share of issues throughout the years.

One of its main common issues involves the starter. A problem that can happen with any car has been happening more frequently with the Equinox than with any other models, according to reports.

Another concern is its high oil consumption. Owners reported that their Equinox consumed a quart of oil per 1,000 miles, putting the car at risk for a blown engine. Usually, this issue occurred while still under warranty.

The Equinox has had many minor recalls: non-serious repairs, inspections, etc. But the 2019 edition recalls were high quantity due to brake issues; the brake caliper pistons didn't have enough coating, which reduced braking performance.

Its throttle brought the most headaches throughout the years, messing up the car's acceleration. It has been the most widespread issue for the Equinox, and could potentially happen multiple times.

In 2016, General Motors LLC (GM) recalled the 2010 through 2013 models of the Equinox for defective electric park lock levers allowing the ignition key to be removed without the car being in park, risking the vehicle rolling as passengers get out the car.

Who Is a Good Fit For Owning An Equinox?

Equinox is a good fit for small families. The five seats come with plenty of room, and there are numerous safety features for younger children.

If you wanted to take a camping trip, this is an excellent car for it. With its extra storage and 3,500-pound towing ability, you'll be well equipped for a comfortable journey.

Or, if you wanted to have a nice getaway, that bonus cargo space can hold an abundant amount of luggage for your vacation.

To wrap up, the Chevrolet Equinox is a reasonably good car. However, the primary reason why it's not considered significant is because of its competition. The Equinox has plenty of features that would make it great. Other cars in its class (like the Mazda CX-5 or Honda CR-V) have more considerable strengths and fewer weaknesses in comparison.

That being said, if you have a small family who likes to travel often, and you have a heart for Chevrolet in general, the Equinox is not a wrong choice. It tugs a good amount of weight, has plentiful cargo space when needed, and comes at a great price depending on the model you select.

Read more: Can You Tow with a Chevy Equinox?