Running into problems with your car can be a real hassle sometimes. Do you think your Chevy Suburban is overheating but don't know what could be causing it? Well, we've done plenty of research and have the answers waiting here for you. Let's check this out.

Your Chevy Suburban may be overheating because of a coolant leak, damaged radiator, failed thermostat, or even just low oil or coolant levels. Generally, regardless of size, a vehicle will overheat if it doesn't have enough coolant in the engine, so that's a good first place to check. That said, you may simply be driving in intensely hot weather and your Suburban just needs a minute to cool down, so overheating isn't always because of an underlying issue.

As we begin, we will cover all things Chevy Suburbans and discuss how to fix an overheating vehicle. Whether you've experienced overheating before or this is your car's first time, we're here to offer some help. With that said, let's dive right into this post! 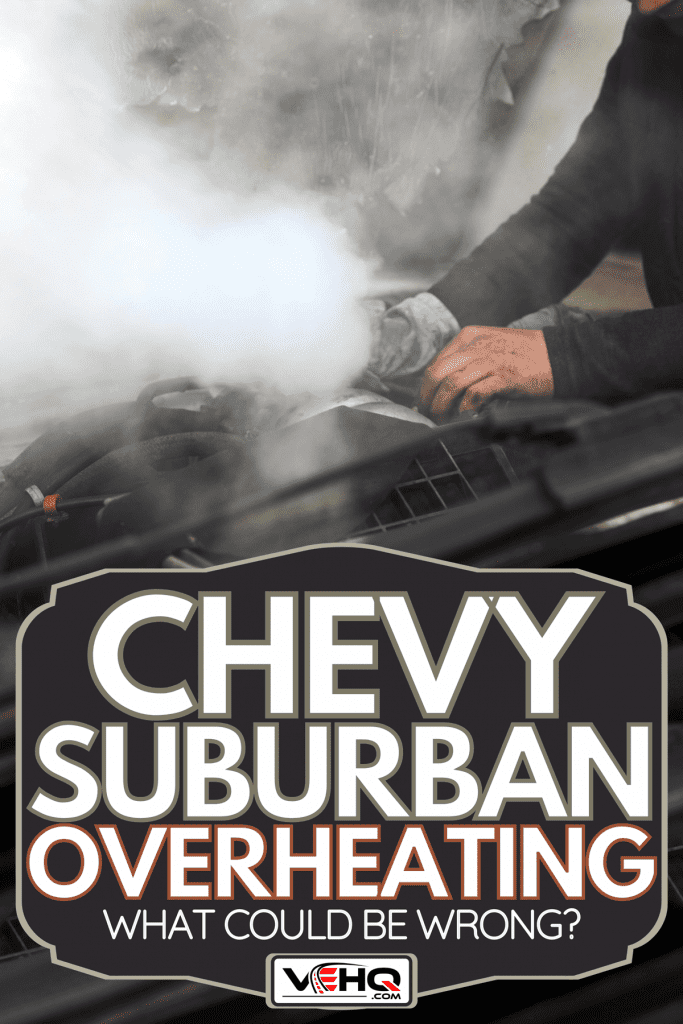 How Do I Know If My Chevy Suburban Is Overheating?

If you aren't sure whether your Suburban is overheating or not, check your dashboard for a flashing warning light. Your SUV might also have steam coming from its hood, which indicates the engine is too hot.

A Chevy Suburban also has a temperature gauge on the dashboard you can check if you suspect your car may be overheating. Of course, you can also tell if your Suburban starts to overheat if it has trouble accelerating/keeping speed, so there are many signs to look for. 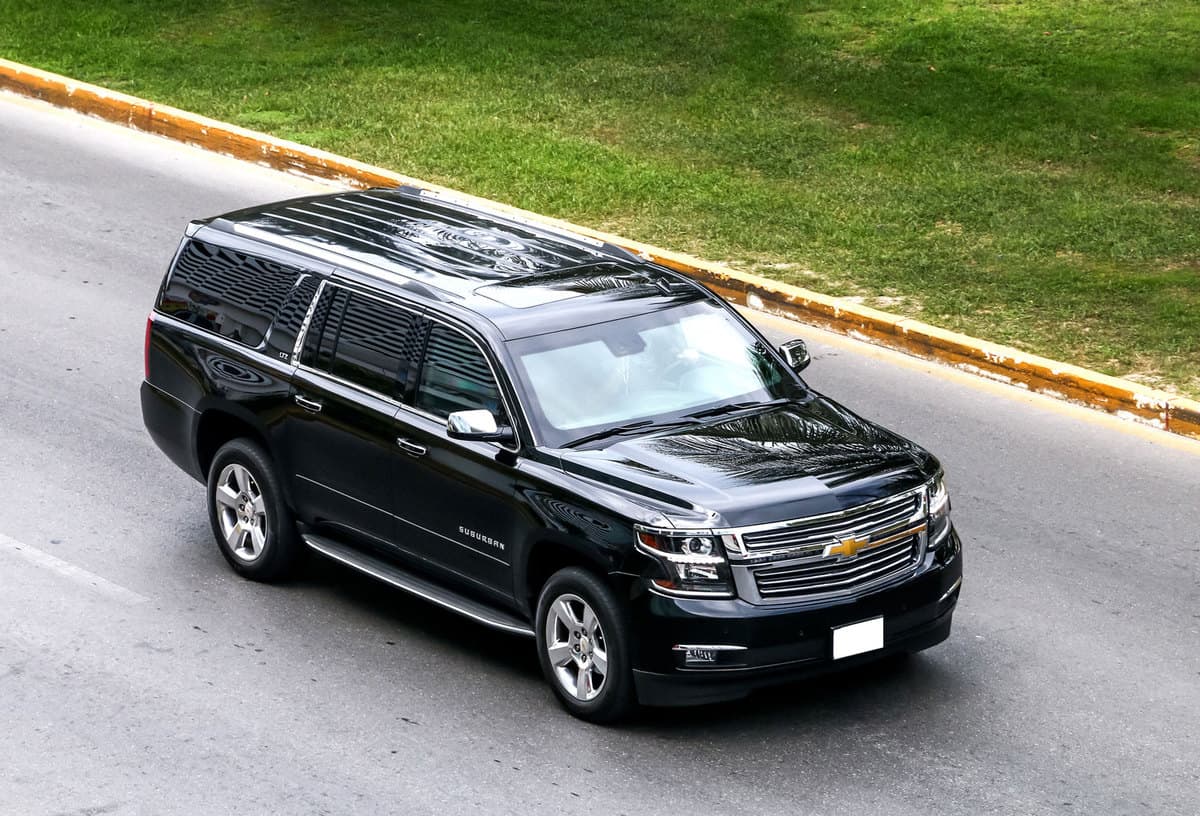 What Should I Do If My Suburban Is Overheating?

Generally, it's best to find a safe place to pull over and turn your car off if it overheats. Making sure your vehicle is no longer on and running will give it time to cool down and decrease the chances of sustaining engine damage.

You can also try to inspect your car's engine if you have an idea of what might be causing it to overheat. In addition, you can add coolant if needed.

How Do You Cool Down An Overheated Engine?

If your engine starts to overheat, the best thing you can do is turn off your car. Turning off the AC in your vehicle can also take some pressure off the engine, and turning on the heat can help remove some of the excess warmth from under the hood.

Another way to cool down an overheated engine is to open the hood of your car and release the steam/built-up pressure inside, although we don't recommend this if your Suburbans hood feels extremely hot to the touch.

Again, it's better to park and wait rather than put yourself in danger, so don't do anything that makes you feel uncomfortable.

Can I Pour Water On My Engine To Cool It Down?

Although this seems like a good idea, pouring water on a hot engine isn't usually helpful. Besides creating a safety hazard, pouring water onto an overheated engine can cause it to crack due to the sudden temperature change, and this can permanently damage your engine.

Why Is My Car Overheating When The Coolant Is Full? 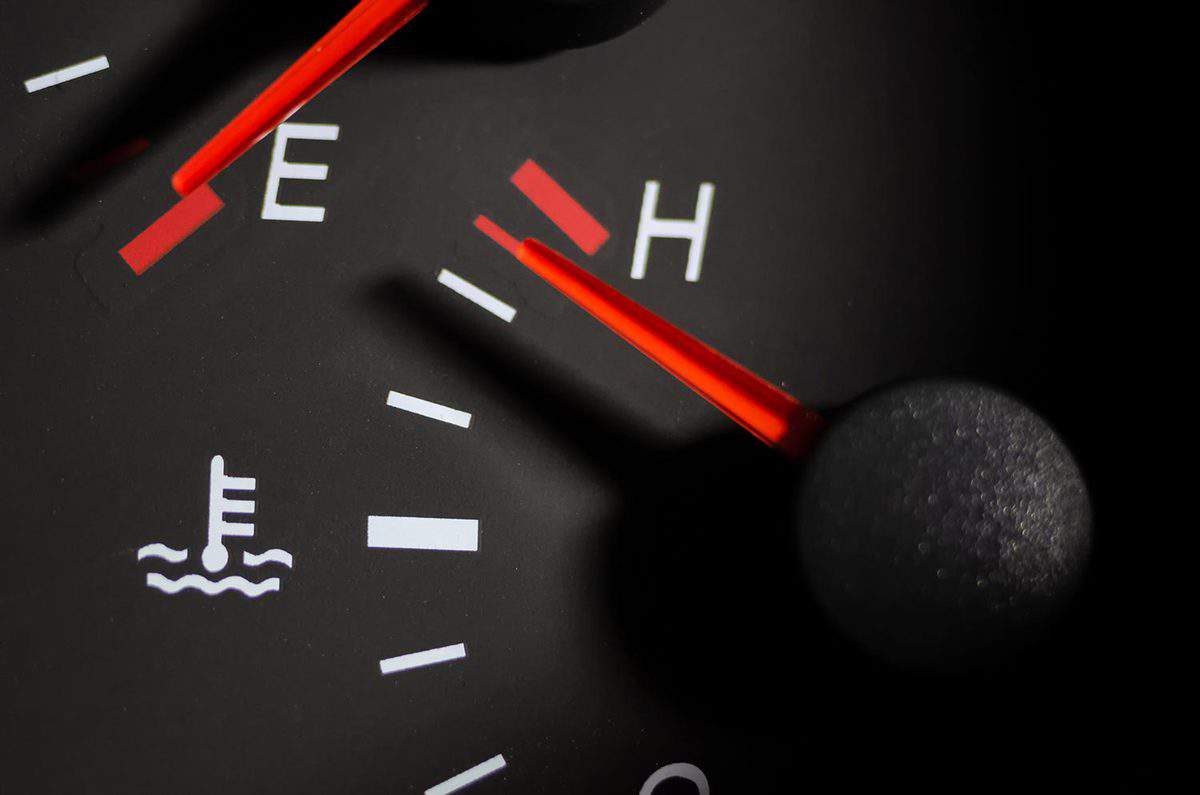 If your car overheats even with plenty of coolant present in the engine, this could mean a few things. Most commonly, a faulty water pump, radiator blockage, or even a stuck thermostat can cause overheating but may also indicate a more serious problem with your car's engine.

On top of that, a blown head gasket can cause your vehicle to overheat and lead to engine damage, so there are many reasons that this happens.

How Do I Know If My Water Pump Is Bad?

There are a few indicators of a bad water pump to look out for. These will typically include:

Of course, if you cannot figure out whether your vehicle's water pump is bad or not, you can always try to take it into the dealership and have a professional look at it, so that's another option.

Will A Bad Thermostat Cause A Car To Overheat?

Yes, a bad or faulty thermostat can cause a car to overheat. Considering a malfunctioning thermostat will remain closed even when your vehicle's engine needs it to open and release coolant, this can cause overheating and trouble down the road for your car.

Think of an engine like a puzzle; if one piece is missing or wrong, it won't work correctly, which is why even something as small as a faulty thermostat can cause chaos underneath your hood.

What Are The Symptoms Of A Bad Thermostat?

For those of you who suspect your car's thermostat may be to blame for its engine overheating, there are a few symptoms to keep an eye out for. These include:

That said, the easiest way to tell if your car's thermostat is bad is to check its temperature reading, and if it looks unusually high or low, there's probably something wrong with it.

Can Low Oil Cause A Car To Overheat? 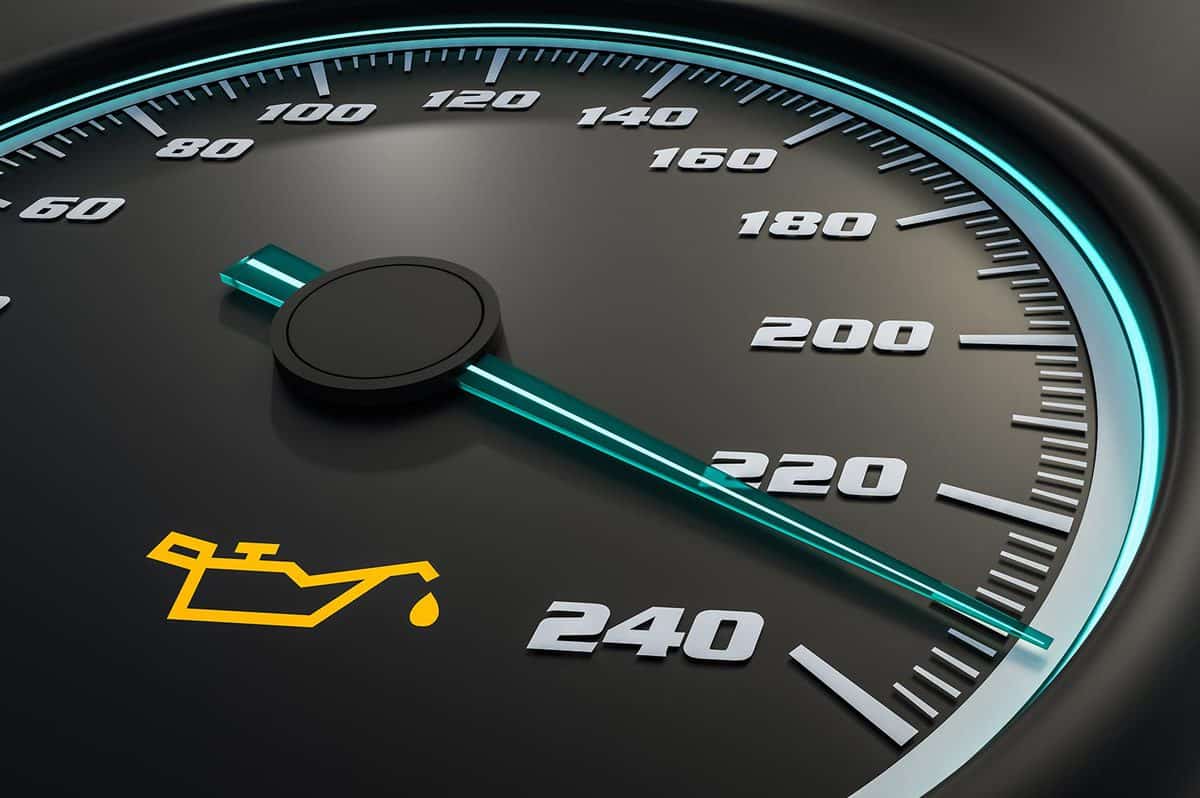 Yes! Even if your coolant levels are fine and everything is working correctly in your engine, low oil can cause overheating. Usually, low oil levels can cause your engine to continue to heat up and build pressure, resulting in an overheated vehicle, so regular oil checks and changes are essential.

Again, this isn't as common as low coolant or a faulty thermostat or water pump, but it can cause issues if you aren't careful.

Can Too Much Oil Cause A Car To Overheat?

In general, no, too much oil won't cause a car to overheat. Overfilling your vehicle's engine with oil will usually result in a pressure drop or even prevent your vehicle from starting altogether, so this introduces a new set of problems.

Too much oil in an engine can also cause foam to form in and around it which can block oil from properly flowing through your engine. So, although you don't want to underfill your engine with oil, it's also not safe to overdo it.

Do Chevy Suburbans Have Engine Problems?

Considering how popular the Suburban lineup is, these SUVs have a surprising number of reported engine problems.

According to the National Highway Traffic Safety Administration, Chevy Suburbans tend to suffer engine problems such as rough idling, vibration, engine knocking, excessive oil consumption, stalling, and even engine dying while on the road, so that can be concerning.

Suburbans are also known to overheat frequently while driving, so engine problems aren't a rarity with this lineup. 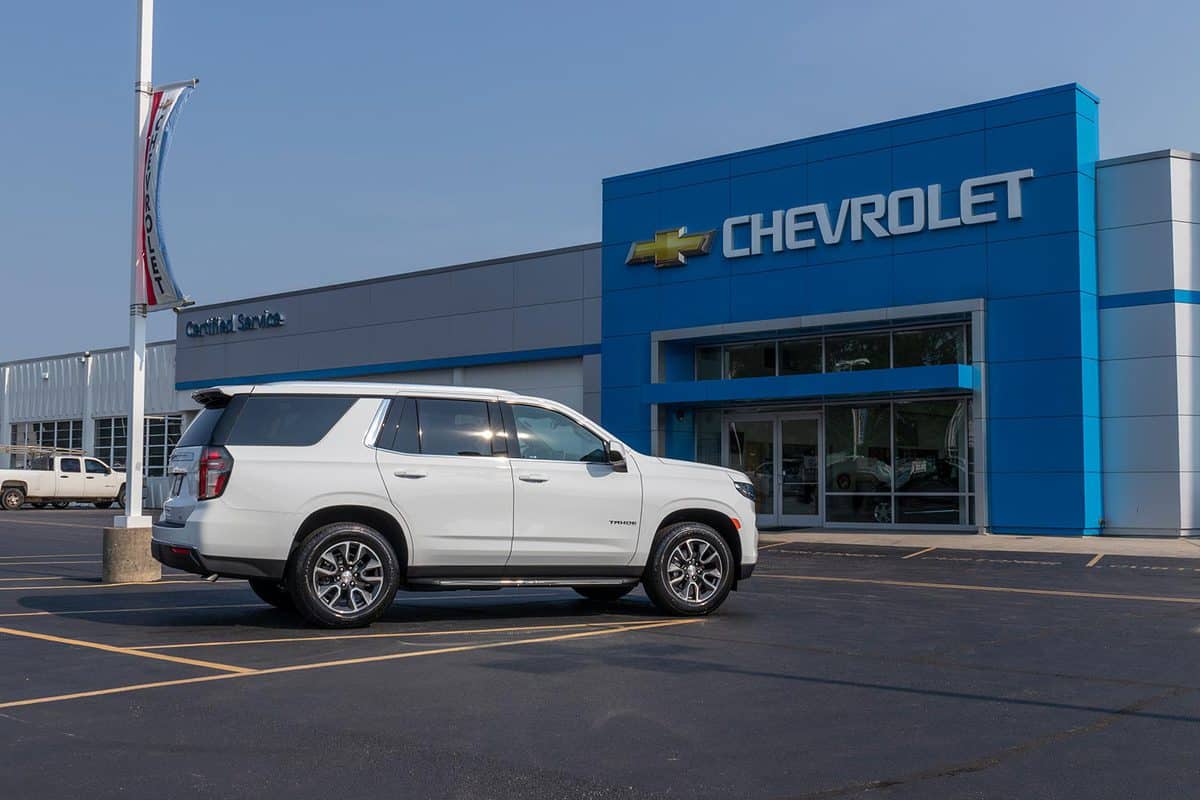 You can typically expect your Chevy Suburban's engine to last around 200,000 miles. Of course, this can depend on how well you take care of your SUV and whether its engine is in good health, so everyone's timeline will be slightly different.

That said, estimating you drive your Suburban 13,500 miles per year, your vehicle should last you up to 15 years before running into more serious issues, so that's impressive.

Of course, if your Chevy tends to need repairs often and frequently overheats, you might only get around 10 years out of it, so this can vary.

Overall, a Chevy Suburban will be somewhat reliable. Repair Pal gives the 2022 Suburban lineup a 3.0 out of 5.0, so this isn't amazing, but it's also not terrible.

As mentioned, the Suburban lineup does have its fair share of engine-related issues, which could be to blame for its lower reliability rating. Again, that's not to say a Chevy Suburban won't be a good car for you, but it does seem like the chances of having an engine problem are higher than other brands.

Whether your Chevy Suburban has overheated before or this is the first time, it's always good to figure out what caused it. A Suburban will typically overheat if there's a coolant leak or a faulty water pump, thermostat, or even radiator, so this can be due to a few different things.

On top of that, your SUV might even overheat if it doesn't have enough oil, so that's something to keep an eye on. Again, your vehicle may need to cool down for a minute, so we recommend pulling over and turning it off as soon as you notice anything unusual.

Regardless, make sure to check around your car for leaking coolant, and don't forget to schedule regular inspections to keep your Chevy Suburban running efficiently.

Before you go, be sure to check out these helpful related Chevy posts below!

How Big Is The Gas Tank On A Chevy Suburban?

What Are The Trim Levels For A Chevy Suburban?

Are Chevy And GMC Truck Beds The Same [Or Interchangeable]