The Chevy Suburban is a popular vehicle for the large family. However, if it won't start then, it will make it challenging getting your whole crew to your destination. We have listed the possible reasons your Chevy Suburban won't start below.

If you are Chevy Suburban won't start, then it could be due to the following:

As you can see, there are several reasons why your Chevy Suburban won't start. Some of these issues can be resolved independently, while others need to be addressed by a certified mechanic.

Nonetheless, in this article, we will look at each of these problems, what they do, and the warning signs of each. In addition, we will answer other frequently asked questions about the Chevy Suburban, so read on! 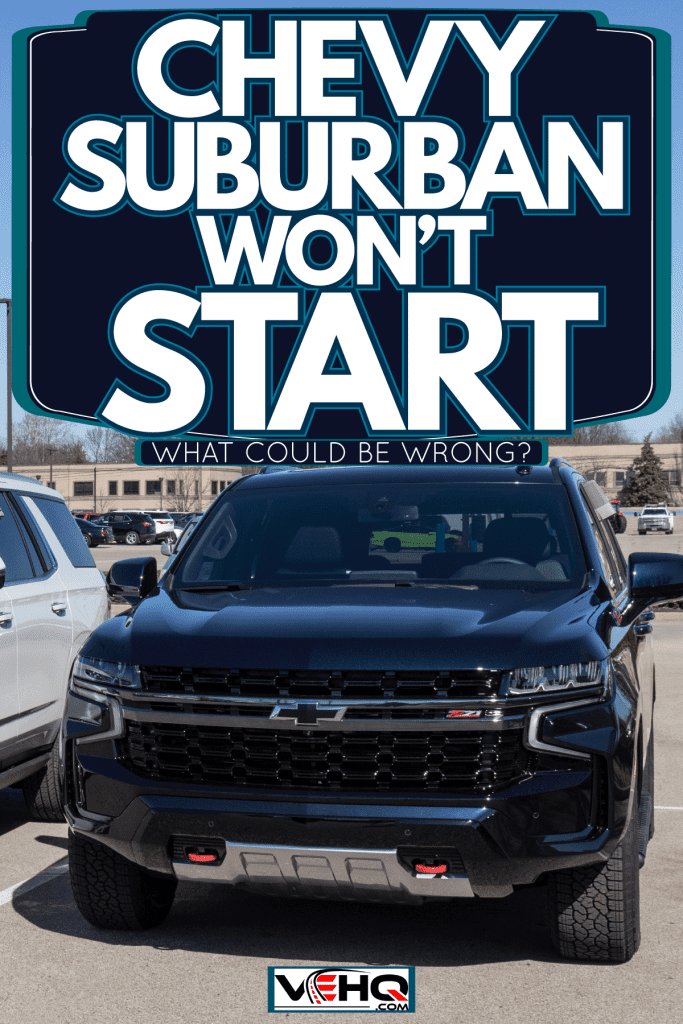 Chevy Suburban Won't Start - What Could Be Wrong?

Every car has its quirks [no matter what make or model], but there are several common problems that every car owner faces. We will look at some of the most common issues below, along with how you can address them. 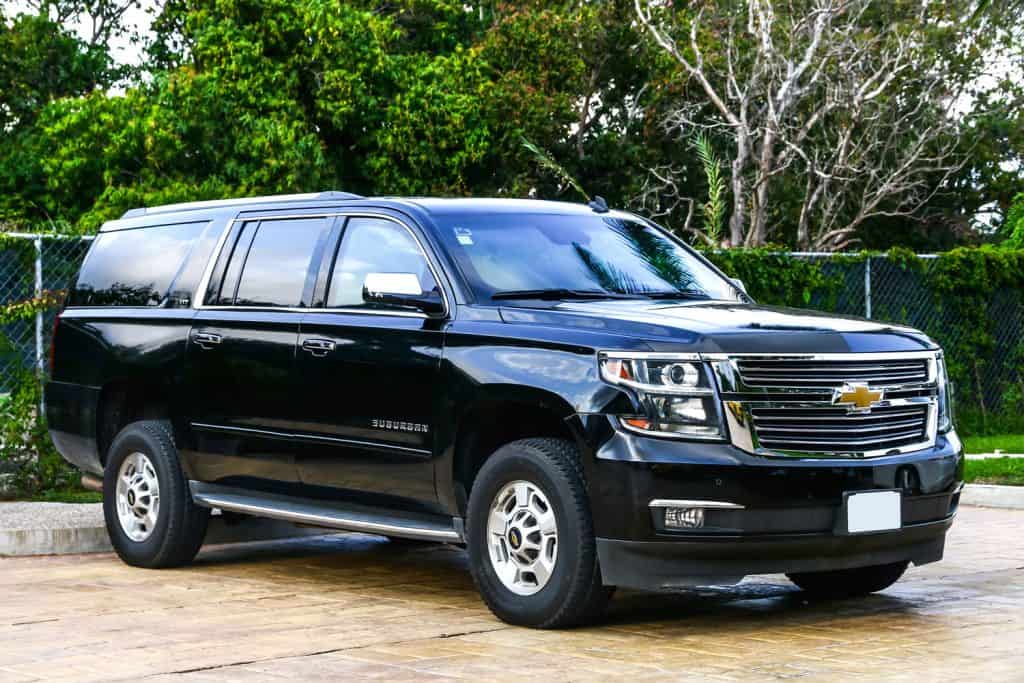 The battery is the first thing to check if your Chevy Suburban won't start. When you turn the ignition, your car's electrical components are powered by the battery. If there isn't enough juice to get them going, they won't start. 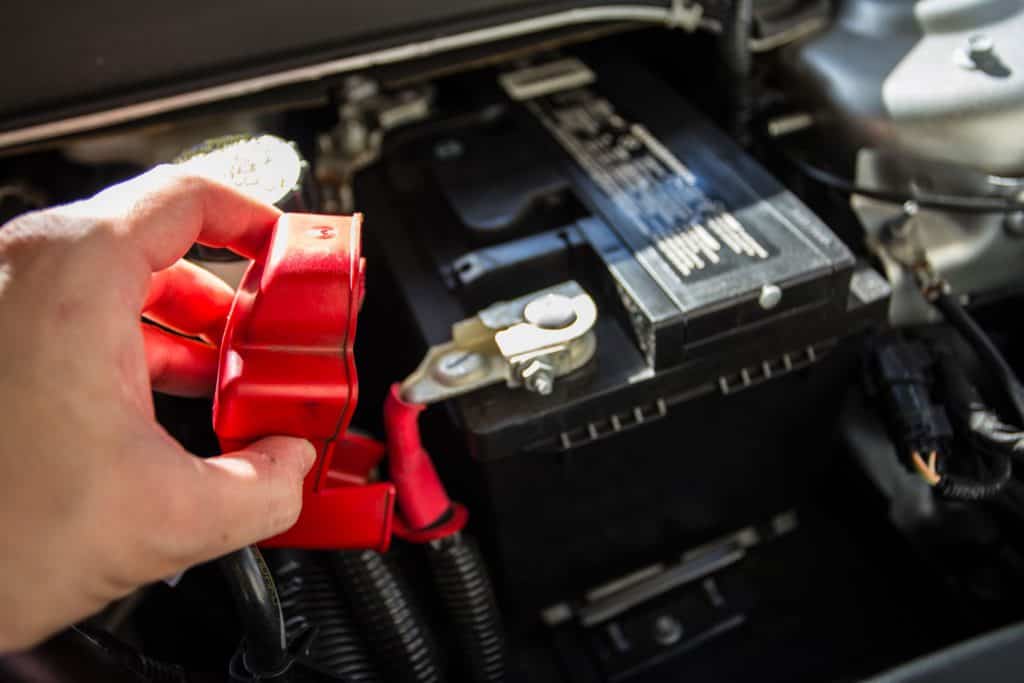 You will need to check to ensure that both ends of the cables are correctly attached to their terminals. The positive end should be firmly connected to the positive cable, and the same goes for the negative connections.

Another common problem that often causes a Chevy Suburban not to start is battery corrosion. If you neglect to clean your battery terminals, they will slowly corrode over time. This buildup can cause those components to lose contact with each other, which means that your battery doesn't have enough juice to power your vehicle.

Fortunately, cleaning the corrosion off the terminals is simple and easy to do [although you may need a wrench or pliers to loosen those bolts]. Ensure that you disconnect the negative cable first and then clean it with water and baking soda.

A dead battery is another common problem for any Chevy Suburban owner. If your battery dies, then it won't be able to start your car. If the battery completely dies, you may need to get a jump from another vehicle or take it in for service at a shop. 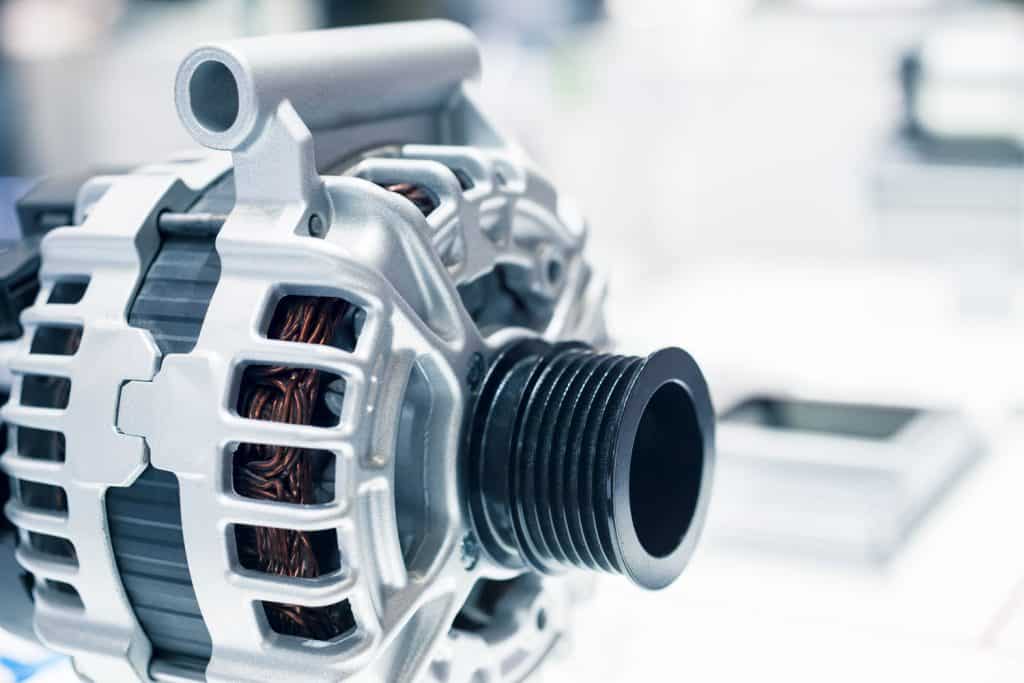 The alternator is an electrical component that regulates voltage and current during the startup process. If it isn't working correctly, that can also lead to your Chevy Suburban not starting.

To test this, you can use a digital multimeter and attach it to the battery terminals. If the voltmeter reads 0 or close to it, then this may be why your car won't start.

If you notice that the fuel pump isn't running or working as it should, then you will need to replace it. The fuel pump supplies the engine with gasoline from the gas tank. Without a properly working one, your Chevy Suburban won't start at all.

To test this, you can either check for power going into the fuel pump or listen for a humming noise or whining noise coming from the engine bay or fuel tank. If you don't know how to do either of those, then you should take your car in for service as soon as possible.

If the fuel pump is working correctly, but you still can't get it to start, then there's a chance that the fuel filter may be clogged. It's not uncommon for sediment or other particles in your gas tank to cause problems with the flow of gasoline. To check this, attach a replacement fuel filter and see if that solves the issue.

A dirty spark plug will prevent enough electricity from passing through it and getting to the cylinders. This can cause a Chevy Suburban not to start because the pistons won't function under their power.

You can usually solve this problem by cleaning or replacing the spark plugs and wires. Make sure you disconnect them first before attempting to clean them, though!

A failed starter motor is another common reason for a Chevy Suburban not starting. If the engine turns over but doesn't start, this is usually the problem. To test this, you can use either a battery charger or another car to check if your car will start. 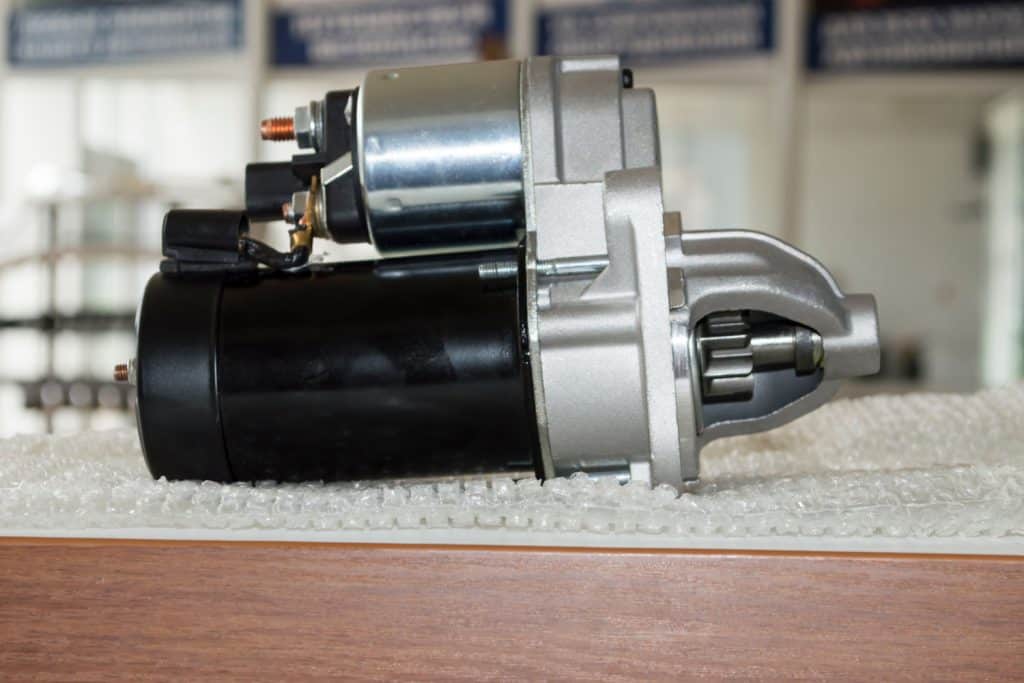 The starter relay is another electrical component that helps your Chevy Suburban start. It sends a signal from your car's battery to the starter throughout the startup process. If this part isn't working as it should, then you may have trouble starting your car.

The starter solenoid is a part of the starting system. It also sends your car's battery signal to your Chevy Suburban's starter motor. If this component isn't working as it should, then you may have trouble starting your car.

To test this, you can remove the positive cable from the battery and touch it to the bare metal of the starter solenoid. If there's a change in how quickly or slowly it starts, then you know that this component is causing the problem.

A computer issue is another common reason for a Chevy Suburban not starting. If the starter relay or solenoid isn't working as it should, then you may have trouble starting your car.

This usually happens because of a faulty powertrain control module [PCM]. However, it's also possible that there's an issue with the body control module [BCM] or the power distribution center [PDC]. To test this, you will need to go to a mechanic because they have the proper equipment.

Overloading a fuse is one of the easiest ways to cause your Chevy Suburban not to start as it should. Also, if you have any accessories plugged into your car, they will probably be causing this issue.

To test this, check the owner's manual for the correct amperage rating and replace or remove any fuses higher than the recommended rating.

A bad coil pack is another common reason for a Chevy Suburban not starting. If the powertrain control module isn't working as it should, then you may have trouble starting your car.

Testing this requires either a mechanic or an OBD2 scanner because you will have to check each coil pack individually. 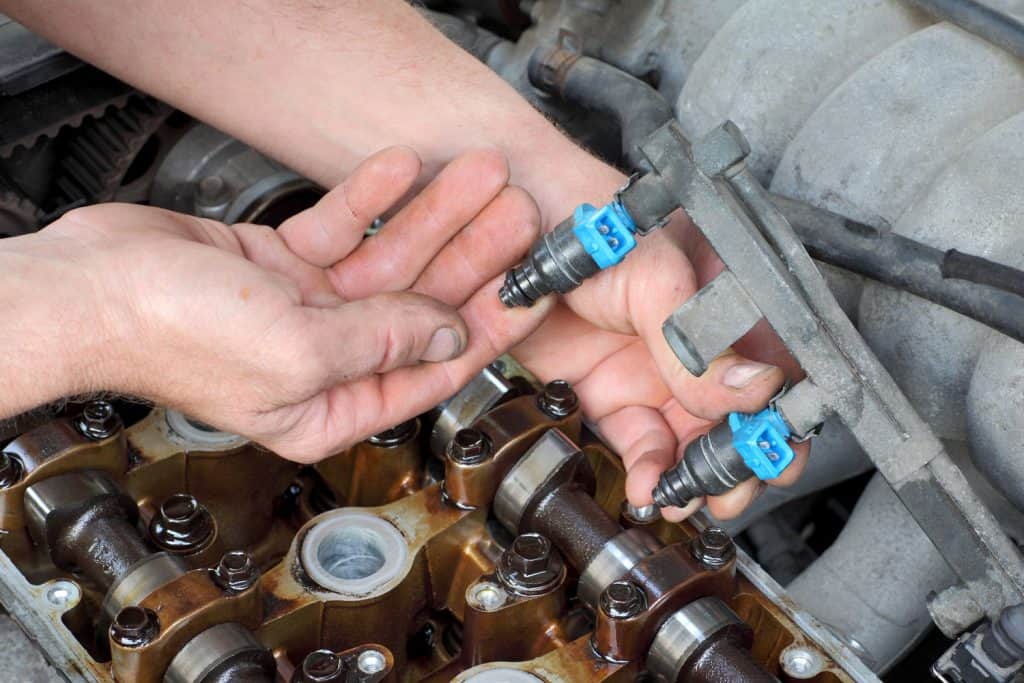 Fuel injectors allow gasoline to pass through and mix with the air in your engine cylinders before it combusts to create energy. If this doesn't happen, your Chevy Suburban won't start as it should.

The security immobilizer is an anti-theft system that detects if someone attempts to start your Chevy Suburban without its key. If this system malfunctions, it won't distinguish between a "good" or "bad" key. This can cause your car not to start as it should.

How do you start a Suburban with a dead key fob?

Second, try setting the key fob into the driver cupholder and pressing the start button. In either of these steps, you will need to make sure your foot is on the brake before trying to start the Suburban.

Where is the transmitter pocket in a Suburban?

If you have tested your Suburban battery and it is fine, it could be due to other issues. First, check to ensure your battery cables are clean and corrosion-free.

Second, check your starter to see if there are issues with the relay, solenoid, or starter motor. Lastly, it could be due to more significant issues mentioned earlier in this article that will need to be diagnosed by a mechanic.

How much does it cost to replace a starter in a Suburban? 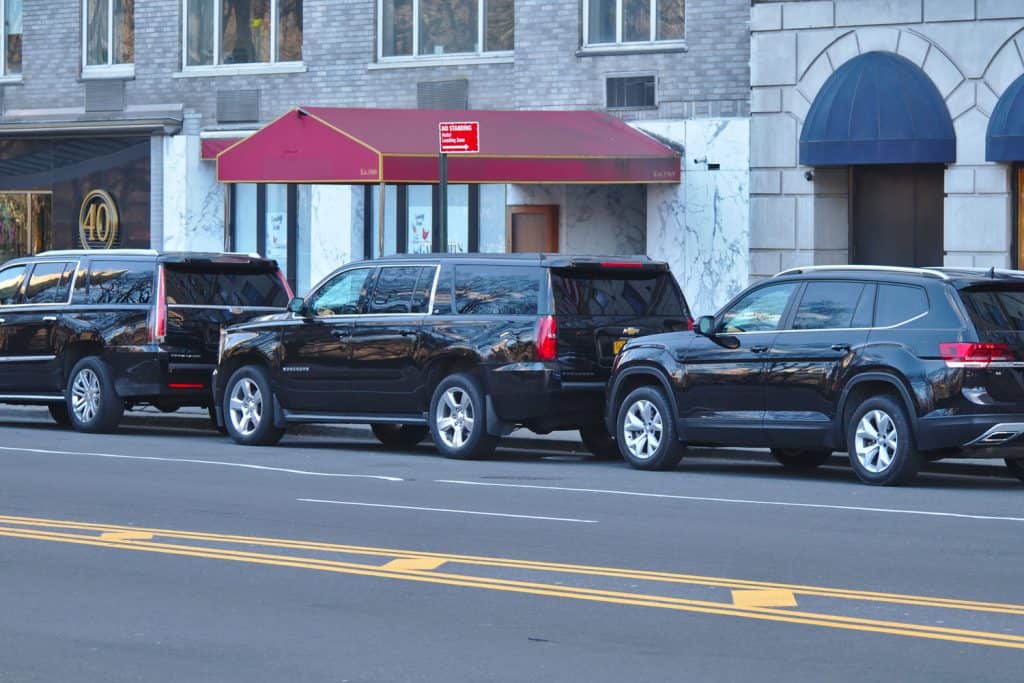 The cost of replacing a Suburban starter will vary depending on the year and trim package. Nonetheless, you can expect to pay $500 or more for the replacement labor and parts. Therefore, it is worth getting price quotes from different mechanics to find the best deal. 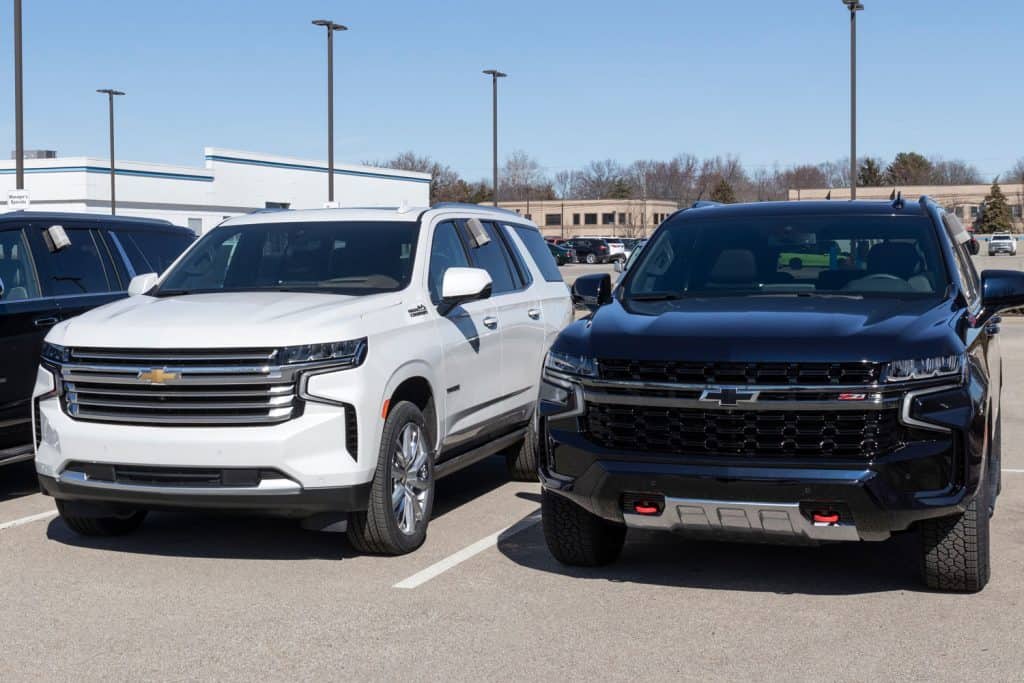 The Chevy Suburban is no different from other vehicles because they will have problems from time to time. If your Suburban won't start then, it is best to check with the battery first as it is one of the most common causes. From there, you may need to take your Suburban to a Chevy dealer for assistance.

Is Degreaser Safe For Car Paint?

Can Low Oil Cause A Car To Shut Off Or Not Start?

Should A Car Be Running When Adding Oil?