Skip to Content
Most people don't think much about their catalytic converter, and some don't even know what it does. Chances are, if you're here, you have a specific reason that you need to know more about this small but essential part of the exhaust system. Specifically, you think that you have a clogged catalytic converter. How do you tell, and what should you do?
The catalytic converter can become clogged with regular carbon deposits, and cleaning can help reduce this. Significant clogs can also be caused by:
If you suspect your problem is any of those three, you need to determine which and solve the underlying issue. If your catalytic converter is bogged down by too much carbon, this is a normal problem. Fuel additives can help clean it out. For more severe deposits, you can remove the converter and clean it by hand. 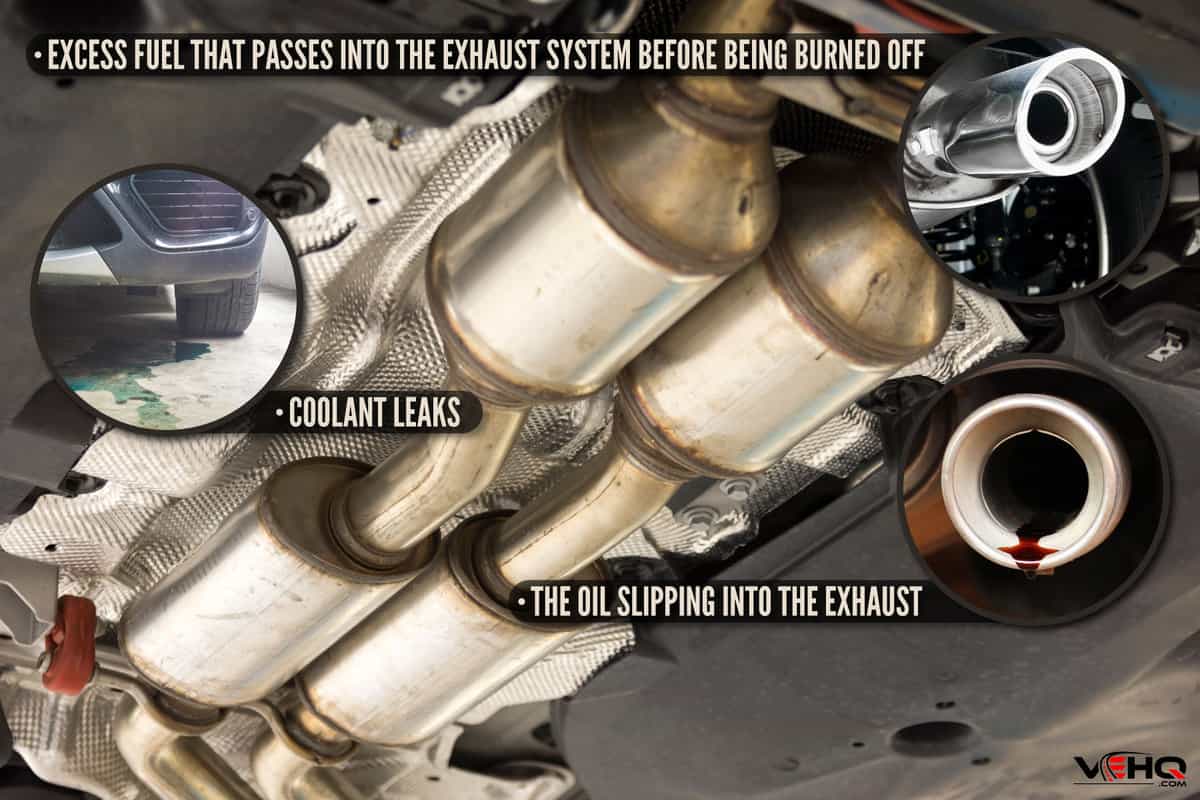 Read on to learn more - we'll give you hints on just how to tell if you have a more serious problem or just in need of an old-fashioned cleaning. We'll also cover the signs that your problem is the catalytic converter - including two sure-fire ones. Finally, we'll teach you how to unclog it - a few simple methods that work without taking apart the car, plus one that does take a hands-on approach.

How Does A Catalytic Converter Get Clogged

The catalytic converter is a honeycombed component that sits just in front of the muffler. As exhaust gas passes over it, it is converted into less harmful toxins. Then it is released from the exhaust system, out of the car.

Like any other piece in a car, it only lasts so long - about ten years or so. And because of its job, it's always getting deposits of carbon that regular cleaning with a fuel additive can remove. But it can fail prematurely or become clogged. This is typically due to one of three leading causes, according to NAPA. 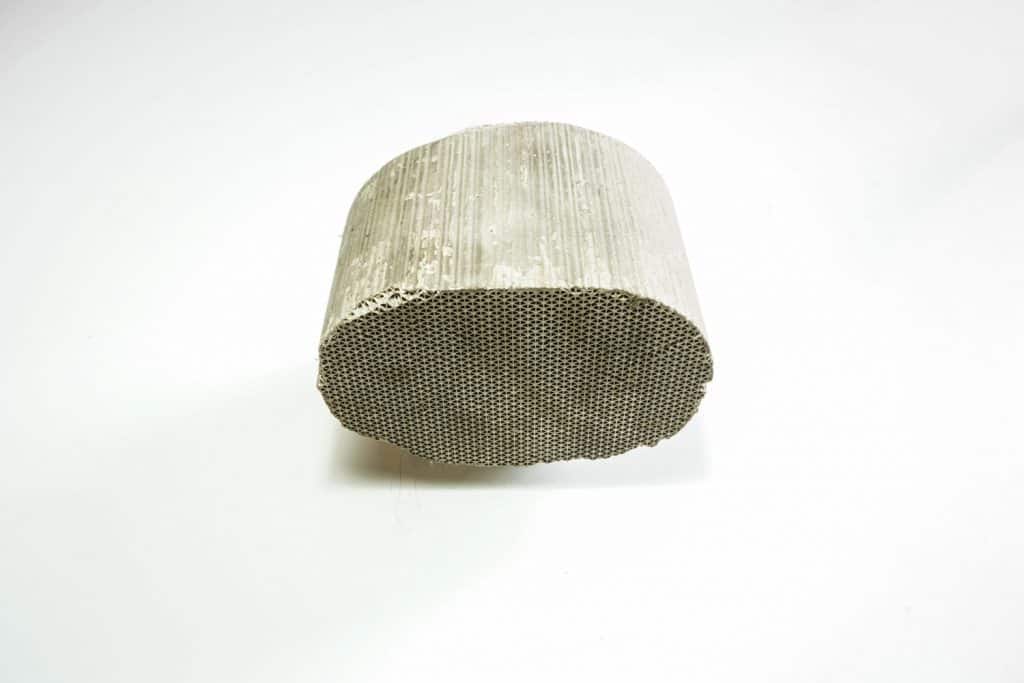 Excess fuel that passes into the exhaust system before being burned off.

The first is if too much fuel is passing through your system. This can also be referred to as the engine running "too rich." The extra, unburned fuel passes all the way to the converter, where it is burned off. This burning can overheat and damage or even melt the converter. If this occurs, you need to get to the root of the problem and figure out why. Otherwise, this excess fuel can cause other parts to fail as well.

The second cause of a clogged catalytic converter is coolant leaks. This, again, is a problem that needs fixing. Coolant leaking can damage your motor. If you think your car is leaking, read Car Leaking Coolant; What To Do?

The oil slipping into the exhaust

The final cause of a clog is oil. In time and with use, parts of the engine become less effective sometimes. Seals and valves that aren't working as well as they used to can let oil slip through the exhaust system. A sign of this can be when your car is using more oil than it used to - see Why Does My Truck Burn Oil? [And what to do about it].

What Are The Signs Of A Clogged Catalytic Converter? 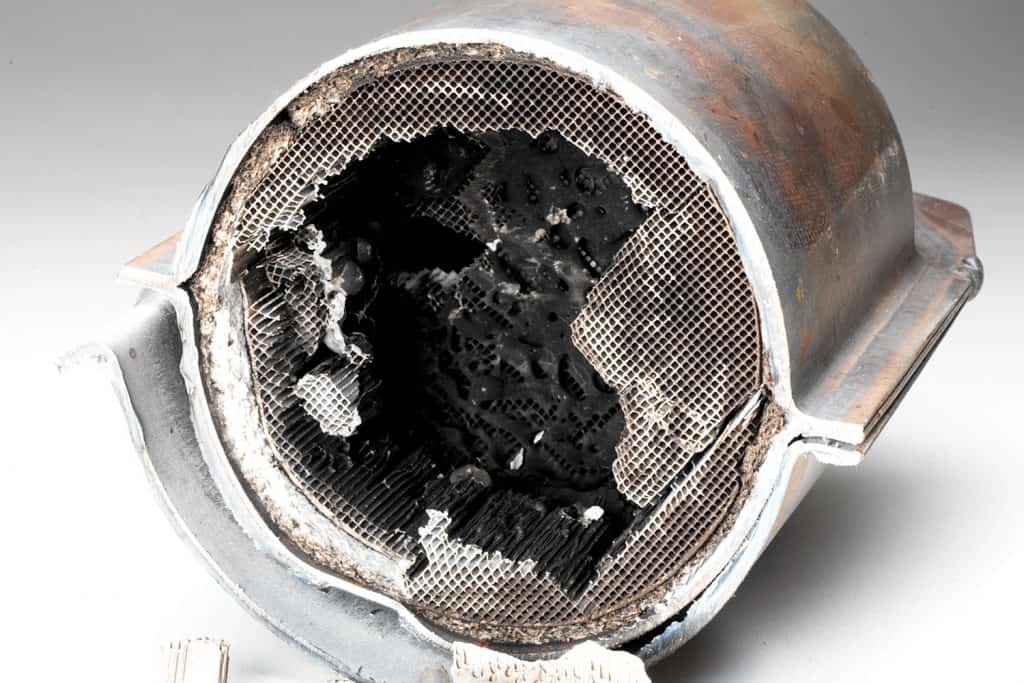 The following two signs are more specific to the catalytic converter. If you spot these issues, it's almost certainly proof of your problem.

How Do You Unclog A Catalytic Converter?

Just remember that a cleaner like this will only work if your clog isn't too severe. At somewhere around ten years, your catalytic converter has reached the end of its expected life span. If your car hasn't been well-maintained, that end can come sooner. No amount of cleaning can necessarily bring a "dead" converter back to life. If your car won't stay running and you suspect the catalytic converter is the reason, it's time to replace it, not clean it.

You can also try cleaning with a lacquer thinner. For more details and instructions, see this video:

What Happens If You Drive With A Clogged Catalytic Converter?

In theory, you can keep driving with a bad catalytic converter for as long as the car will run. It's not inherently dangerous. It won't destroy your engine or cause an accident.

But that's just in theory. First of all, while a bad catalytic converter itself won't ruin your engine, you do need to find out why it went bad.  Premature failure due to problems like the coolant leaking or the engine running too rich can cause damage to other parts of the car.

Secondly, the car won't pass an emissions test. Sooner or later, when it's time for inspection, someone's going to put a stop to your free ride.

And last but not least, the car eventually will probably stop running. If it's a partial clog, you may be able to drive it for a while, but you'll notice a change in performance. It might be hard to start or difficult to accelerate. Eventually, when completely clogged, the car won't go.

Can A Catalytic Converter Unclog Itself?

As a general rule, no. The only way a catalytic converter sometimes "unclogs" itself is through driving around at sustained levels of high RPMs. Because you have to sustain it for so long, it's nearly impossible to occur without effort on your part.

But if you'd like to give it a try, find a highway or another stretch of road where you can drive without interruption. Keep the car at 2500-3000 RPMs for at least half an hour. For best results, try adding a catalytic converter cleaner as a fuel additive first, like the one above.

Catalytic converter cleaners work by removing the build-up of carbon in your exhaust system. So, for mild clogs or regular cleaning as part of routine maintenance, it can help prolong the life of your catalytic converter.

But of course, everything has a limit. If heavy carbon deposits make the converter fail, cleaning can't undo that. Permanent damage to the converter occurs in extreme conditions such as heat. As a tool to prevent problems, cleaner is great. But it isn't a miracle, and it can't undo serious damage already done. 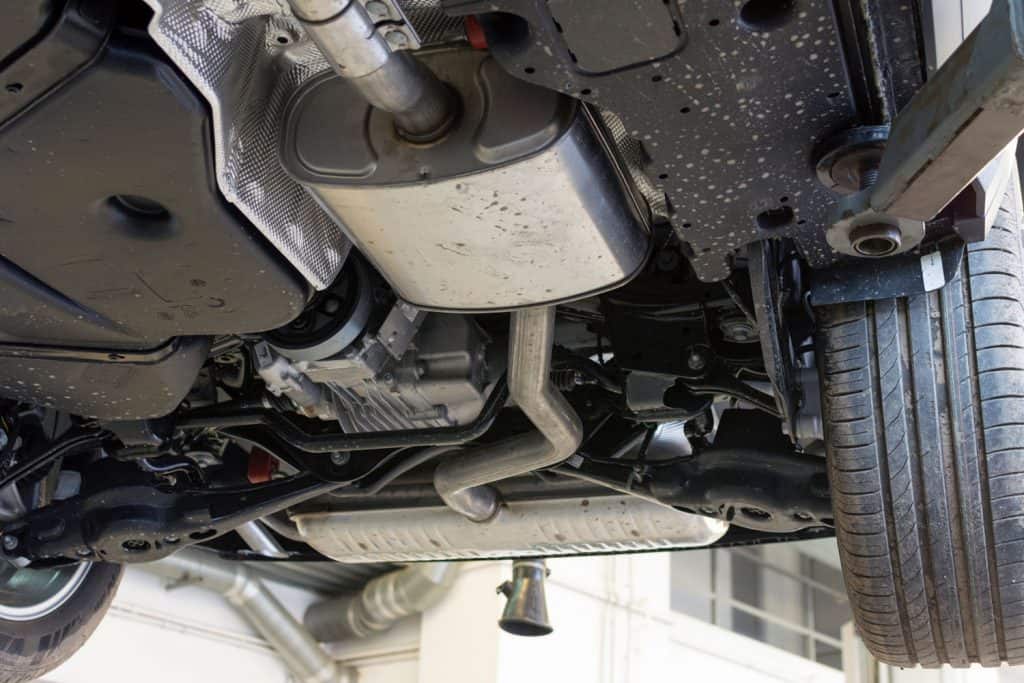 The catalytic converter is an integral part of your vehicle's exhaust system. It traps toxic exhaust and then converts it into less dangerous emissions. As a result, carbon builds up on the piece over time. For best performance, remove these deposits occasionally with a fuel additive made for cleaning the catalytic converter.

If yours is severely clogged or even broken, it may need to be replaced altogether. A catalytic converter in bad shape can make your vehicle stall frequently, be difficult to start, have poor fuel efficiency, slow acceleration, and more. Ultimately, the vehicle will fail emissions tests and possibly refuse to start altogether. 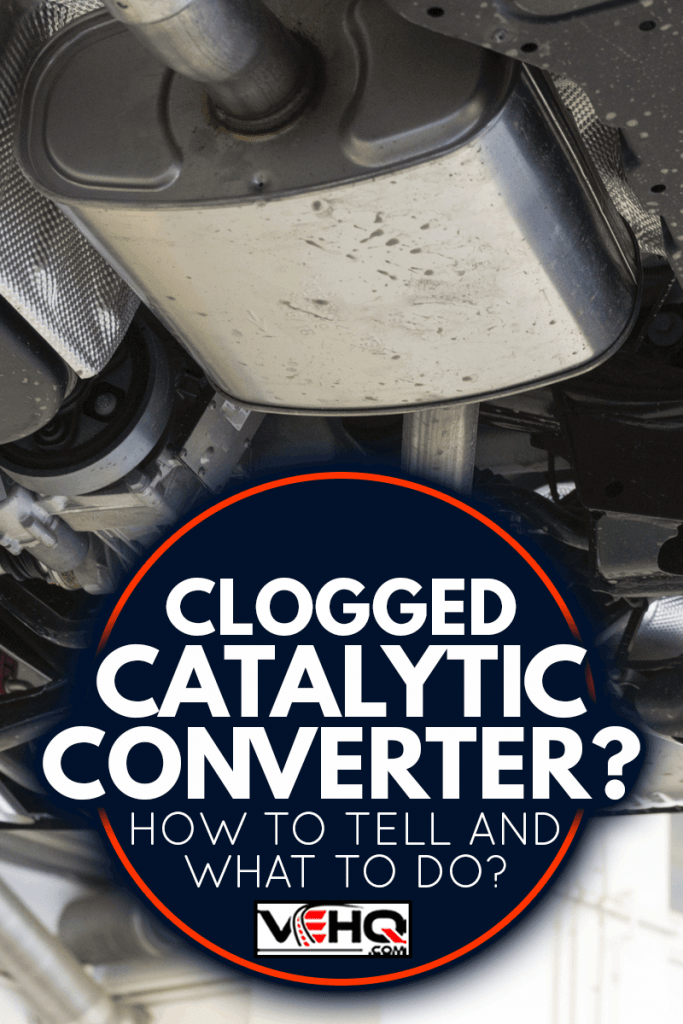