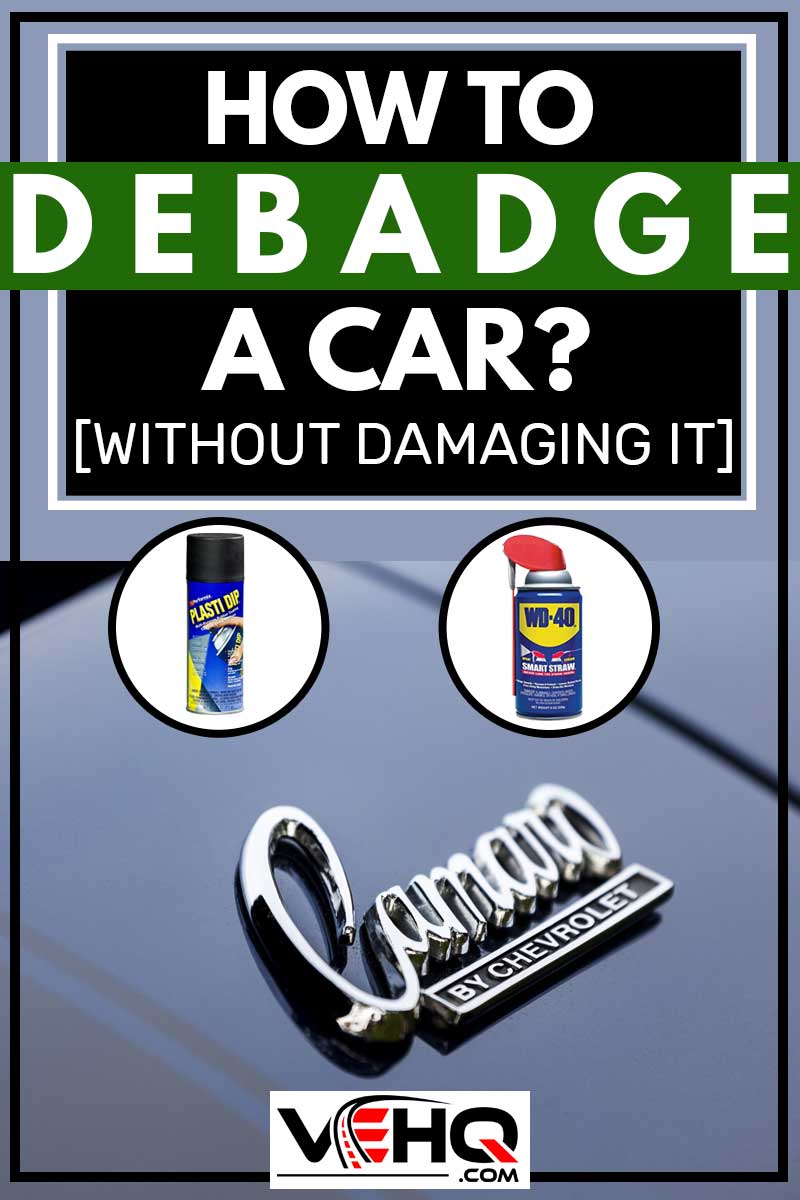 When you bought your vehicle, it came with a slew of emblems from the manufacturer. These are likely prominently displayed on the front and rear of the car, and possibly even the sides. If you want to get rid of these, the process is known as debadging. But how do you debadge a car without damaging the paint job?

To safely debadge a car, do the following:

Should you have an interest or even a passing curiosity in debadging your car, then this is the article for you. In it, we’ll elaborate more on the above steps. Keep reading for an in-depth discussion of the reasoning and legalities of removing an emblem from your car so you can make a smart decision.

Why Do Some People Debadge Their Vehicles?

Now that you know a bit more about debadging, you may be wondering why people would do this to their vehicles. There are all sorts of reasons to inspire a motorist to want to remove the emblem from their cars. Let’s discuss these reasons in more depth.

Although this doesn’t apply to the average consumer, when television networks, movie studios, and the like want to use a vehicle for a TV show or movie scene, they don’t necessarily want the car branded. This way, they can avoid affiliation with that car brand via the lack of product placement.

It’s thus in the best interest of these movie and TV studios to strip a car of its emblems and branding so it’s unidentifiable.

Blending In When Driving A Sleeper Vehicle

Sleeper vehicles don’t tend to look like much at first glance, and that’s very often done on purpose. These everyday cars are known for their enhanced performance capabilities. Since they run so exceptionally well, sleeper vehicles may be favored for grudge and drag racing.

It’s very common for sleeper vehicles to be debadged before they’re used for such purposes. This way, you have no idea just how well the vehicle can run until you’re racing against it.

The emblems across your vehicle, while nice, tend to have small, ornate parts that are really hard to get to when cleaning. There’s also a whole area of your car beneath the emblem that’s inaccessible. Wax can build up under there, accumulating more the longer you own the car.

When you have no badges on your vehicle, there are fewer nooks and crannies to worry about cleaning, which makes the whole job easier.

To Make The Vehicle Less Conspicuous

Although you wouldn’t necessarily think so, Lexus, Mercedes, BMW, and other high-end car owners don’t always love showing off their vehicles. They know these are high-end cars that may be at a greater risk of theft or other crime, so they opt to get the vehicle debadged to maintain a lower profile.

It can go both ways, too. Some car owners with a less-than-stellar vehicle may also choose to remove the emblems so no one knows the low-end caliber of the car.

To Improve A Modified Vehicle’s Bodywork

It’s also uncommon to come across a modified vehicle with its original emblems. If the bodywork was redone for the car, then it’s probably smoother than it originally was. The badges will come off to assist in the bodywork.

How To Remove The Dealer’s Emblem From A Car 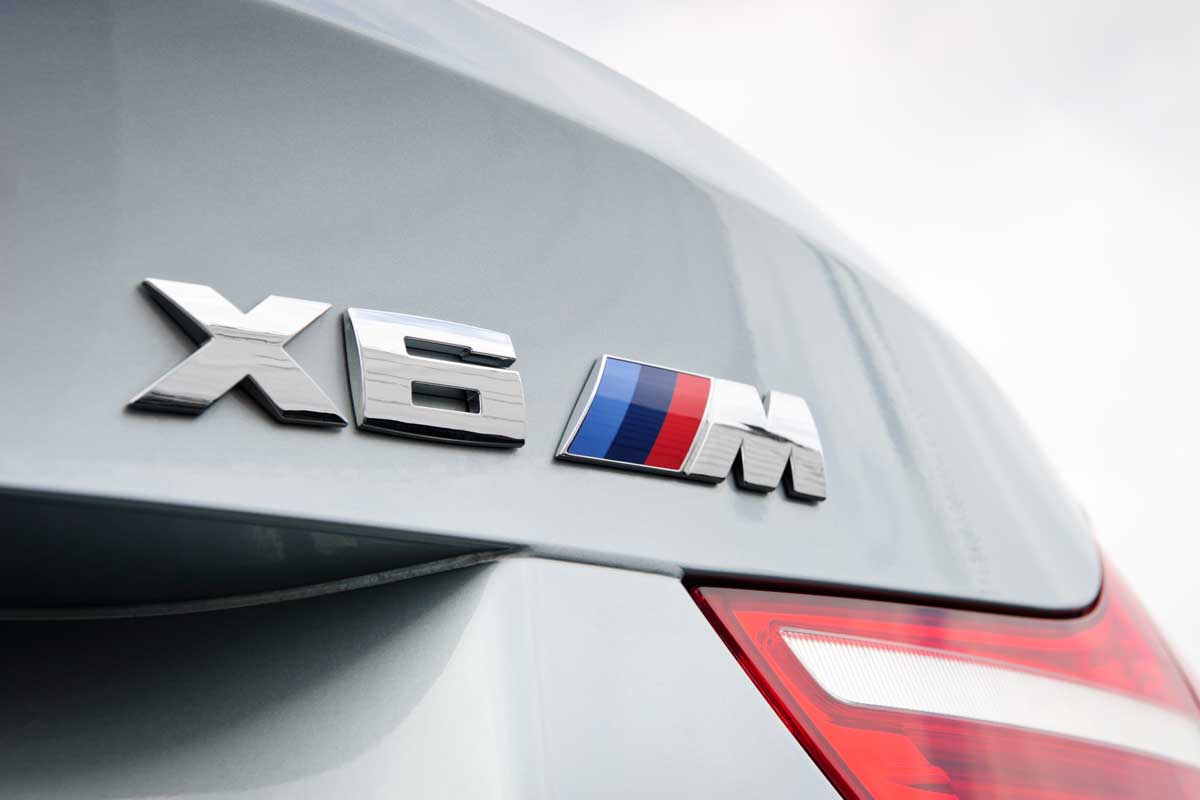 Let’s say that, after reading some of the above reasons, you’d like to debadge your car. Per the steps we outlined in the intro, here’s how to take off the dealer’s emblem from your vehicle with no damage to the paint job.

Determine How the Emblem Is Attached

Today, many vehicle manufacturers will affix their emblems using adhesive. That said, there’s still a chance yours may be attached with rivets and screws.

Go outside and check out your car to determine which it is. If you don’t see any screws, then the badge is glued or otherwise adhered on. If you do notice screws, then you’ll have to go about removal it a different way.

Okay, so your car is like many others in that the emblems are attached with adhesive. You can pick and pluck at the badge all day without much success if it’s not warm, so that’s your first order of business.

To heat up the emblem, put some water on a pot until it’s steaming. Don’t let it come to a boil, as that may be too hot. Then, taking care not to burn yourself, transfer the water to a thermos, bottle, or another portable container.

Next, take the bottle out to your car, wetting around the entire emblem. Once the adhesive is softer, taking the emblem off is much easier. With a plastic scraper or wedge, slide beneath the badge and begin prying it loose, working your way around the whole thing.

Make sure you switch angles as you debadge or you could snap the emblem in pieces. Also, avoid using a metal scraper, as it could ruin your car’s paint.

If you don’t want to scrape at all, then plastic fishing wire or dental floss can be used instead, as can an expired credit card. You want to hold onto both sides of the wire and run them down the length of the emblem. For a card, once again, approach the removal of the emblem from several angles so the badge comes off intact.

Wrap up by cleaning and waxing your car to get it in awesome shape post-removal.

Read more: How Often Should You Wax Your Car?

What if the badge on your car is screwed in tight instead of glued on? It will be harder to avoid paint damage, not necessarily from the removal, but from what’s left behind when the emblem is gone. Remember, there will be holes for rivets and screws, and with no badge, these holes are now exposed.

If you still want to proceed with the removal, then you will need to find a screwdriver suitable for removing the rivets and screws. Then, by twisting and turning them one by one, the screws should begin to loosen. When you take them all out (and the rivets as well), then the emblem will fall right off since there’s nothing attaching it to the car anymore.

The bigger part of your project will be assessing what’s under the emblem. If you see holes in your car, then filler can patch them over. You might have to touch up the paint job as well.

Read more: How Much Does It Cost To Paint A Pickup Truck?

Is Debadging A Car Illegal? 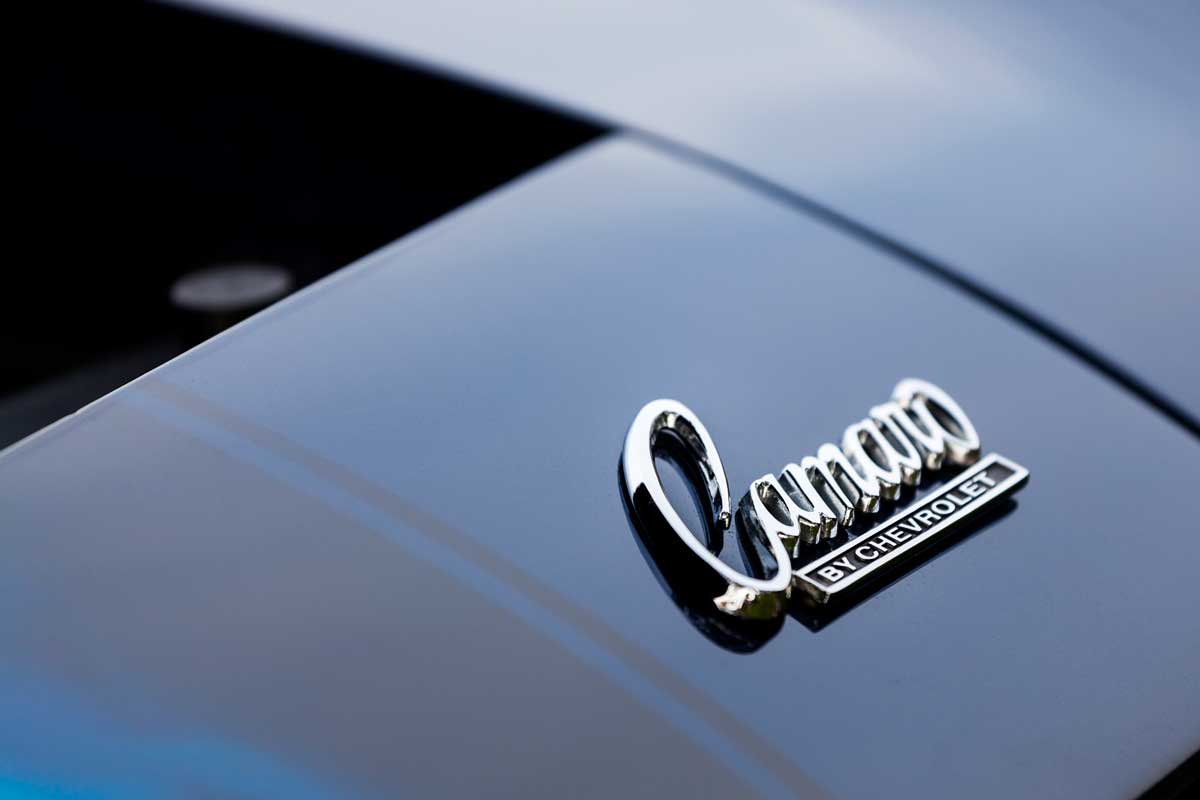 Before you begin debadging your car, you probably have another question. Is doing so even legal? If you live in the United States, then yes, removing emblems is perfectly legal. That said, drag racing is not, so be smart and safe when deciding why exactly you want to remove the emblems from your vehicle.

Can You Use WD-40 To Debadge A Car? Is It Safe for Car Paint?

If you’re still proceeding with debadging and you’ve figured out that your car’s emblems are attached with adhesive, you may wonder if you can use WD-40 to aide in the removal of the badges.

WD-40, a type of lubricant, isn’t really handy for the debadging process. If anything, it would make the badge and the surface around it very slick and hard to work with. That doesn’t mean your WD-40 is completely useless, though.

If you have any leftover residue from the adhesive after debadging, which is quite likely, then this lubricant makes cleanup a breeze. You’ll be happy to have some WD-40 on-hand!

How Do You Black Out Car Badges?

Another option you have besides taking the emblems off your car outright is blacking them out. With this method, you paint or spray over the emblem so others can no longer tell which brand manufactured your car.

A lot of drivers will use Plasti Dip, a spray-on product that dries like rubber. Others say it’s better to get the badges powder-coated by a professional.

If you decide to go the DIY route with Plasti Dip, here are the steps to take.

Step 1: Start with a clean surface. Wash your car and the emblem especially, as you risk contamination otherwise.

Step 2: Next, use a glass cleaner on the car around the badge. This prevents contaminants and silicones from settling on the surface of your vehicle, which allows the Plasti Dip to work more effectively.

Step 3: Mask your Plasti Dip, especially around your emblem’s perimeter. This is where you want to work.

Step 4: Apply the Plasti Dip, starting with one coat. Wait five minutes for it to dry and then see how everything looks. More than likely, you will have to spray another four or five layers, letting each dry for five minutes in between or about 30 minutes overall.

As you spray, focus on all the angles of the car’s badge. This way, everything dries evenly.

Step 5: Next, you can unmask that perimeter you had made before. If the Plasti Dip got anywhere else you didn’t want it, after 30 minutes, it should be dry enough that you can peel it away.

There are plenty of reasons to debadge a car. Whatever your reason, if you follow these steps, you’ll have a great looking end result. Best of luck!

How to Protect Your Car from Hail Damage [8 Proven Ways]

How Much Do Car Mechanics Make?

My Wheel Is Wobbling When Driving – What’s Going On?

Honda Odyssey Not Recognizing Key – What To Do?

What Toy Haulers Have The Largest Garages?

Should You Cover Leather Car Seats?

Are Diesel Nozzles Bigger Than Gas?

Does The Buick Enclave Have Adaptive Cruise Control? 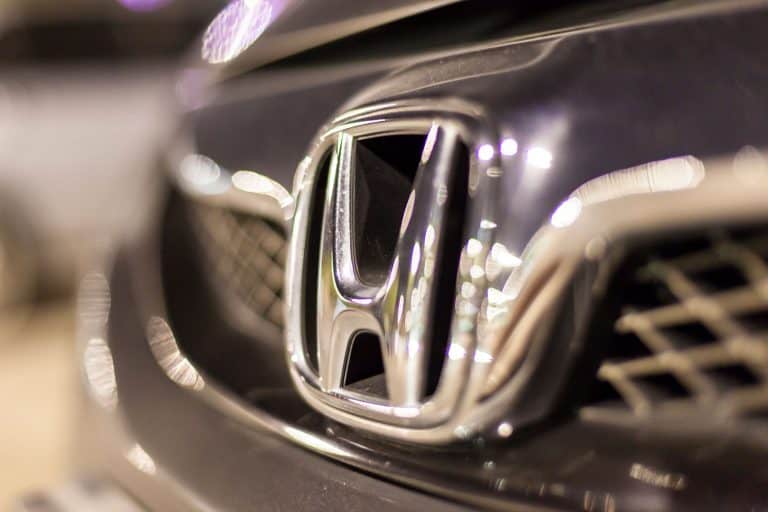 Honda Odyssey Won’t Start—What To Do?