With the recent increase in gas prices, everyone is looking for ways to save money. Instead of driving the car and allowing the alternator to charge your battery, you might wonder if using a car battery charger is more cost-efficient. We've researched this matter and here are our findings.

Car battery chargers don't use a lot of electricity when trickle-charging batteries. In fact, the consumption is so negligible that even if you're using them for four hours a day, you'll only be billed six pennies per month!

What Should I Look For in a Car Battery Charger?

Car battery chargers have evolved from the simple and crude early models to the sophisticated, high-end devices of today. 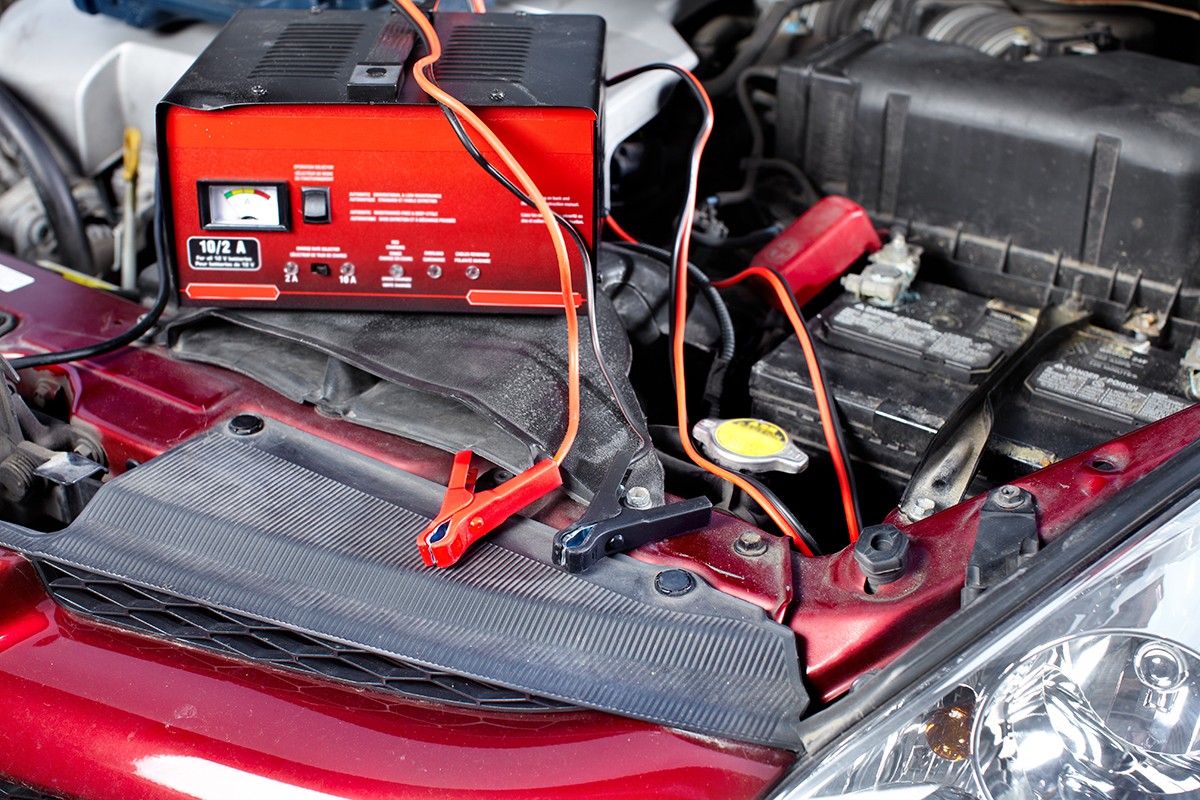 The modern or smart car battery charger is not only useful for charging car batteries but also helps you maintain your car battery by monitoring the battery’s condition and alerting you when it’s time to change the battery.

Here are the features that you should consider when shopping for a car battery charger:

This is the number of amps of current that the charger provides. The higher the amperage, the faster the battery will be charged. Most smart chargers provide amp settings that enable you to select how fast you want the battery to be charged.

When buying smart car battery chargers, know that most of them are programmed to detect a certain threshold to initiate a charge. So technically, smart chargers are not designed to charge a completely flat battery.

A portable car battery charger is easy to transport and can be used at any place where a car battery is needed. This can be handy especially if you're planning to go on a vacation where you'll not be using your car for a week.

Car batteries tend to drain if they're not used for a long time. With a portable car battery charger, you won't have to worry about running out of juice and ruining your vacation. As long as you have an extension cord and a power outlet that you can connect to, you're good to go!

How Can I Stop My Car Battery from Draining While I'm on Vacation?

Disconnect the negative terminal and hook up your trickle charger to the battery terminals. The consistent trickle of current will keep the battery topped off and prevent it from completely draining while you're on vacation.

Check out this smart car battery trickle charger that can charge dead car batteries on Amazon.

Is It Better to Trickle Charge a Car Battery at Low Amp Setting or High?

It is always best to start with the low setting of a car battery charger. This is because the higher the setting, the more heat gets created. This way, you can control the charge and the heat being generated.

Heat is produced when the current is passing through the terminals of the battery. A car battery has sulfuric acid. When the heat reaches the lead plates and sulfuric acid inside the battery, it initiates a chemical reaction that will speed up the corrosion process in the battery.

This makes the battery weaker and weakens its ability to hold a charge over time. However, if you start at a lower setting and continue to raise the setting slowly, then the heat will not build up as much. This way, you'll be able to maximize the life of your battery.

How Often Should I Use a Car Battery Charger to Charge My Car Battery? 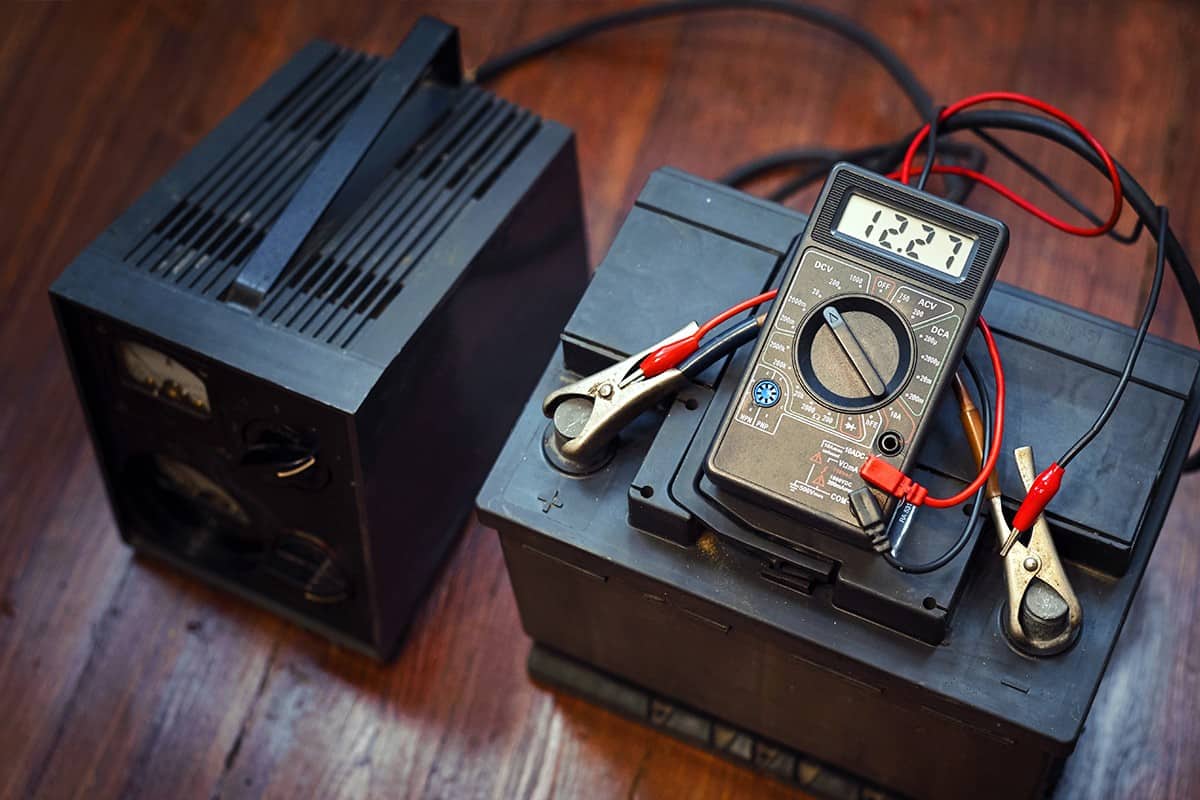 When a car is in not in use for a long time, the battery loses its charge and eventually runs out of power. Even overnight parking could somehow drain the battery.

You need to keep your car battery charged at least once a month so that it can work properly and safely when you need it. A car battery charger will ensure that your battery is always at full capacity and ready to go, even if you park your car in the garage for days.

Why Do Car Batteries Lose Their Charge If Unused for Long Periods of Time?

Batteries can lose their ability to store electricity if unused for long periods of time. A battery is a chemical storage unit that releases energy when current flows through the battery terminals. The amount of stored energy is determined by the chemical composition of the battery.

These chemicals tend to react and break down due to a lack of stimulation that should have been provided by the passage of current through the battery. Over time, the chemicals in the battery will slowly deteriorate.

This means that less charge can be delivered to the battery from the current source (the alternator or car battery charger). As a result, batteries degrade over time and lose their capacity to store electrical energy.

The rate of loss of charge depends on the battery chemistry and the environment in which it is placed. The chemical composition of a battery will determine how fast the battery will lose its charge over time.

How Long Do Car Batteries Hold Charge If Disconnected?

A car battery charge may last up to half a year if the right storage condition is met. Regardless of whether it's stored the right way or not, if the car battery is disconnected for a period of time and then recharged, the battery will not hold charge as well as it did when it was first installed. However, the degradation is somehow minimized if stored the right way.

The proper storage condition also includes the ideal storage temperature. This ensures you maximize your battery life. You see, the electrochemical processes that occur in a battery are dependent on temperature.

In addition, you can also charge the battery at regular intervals, especially during the long winter season. This is to avoid a deep discharge of your battery. Deep discharges can lead to premature battery failure because of sulfation (a buildup of lead sulfate crystals) in the battery.

What Causes Car Battery to Drain When Not in Use For a Long Time? 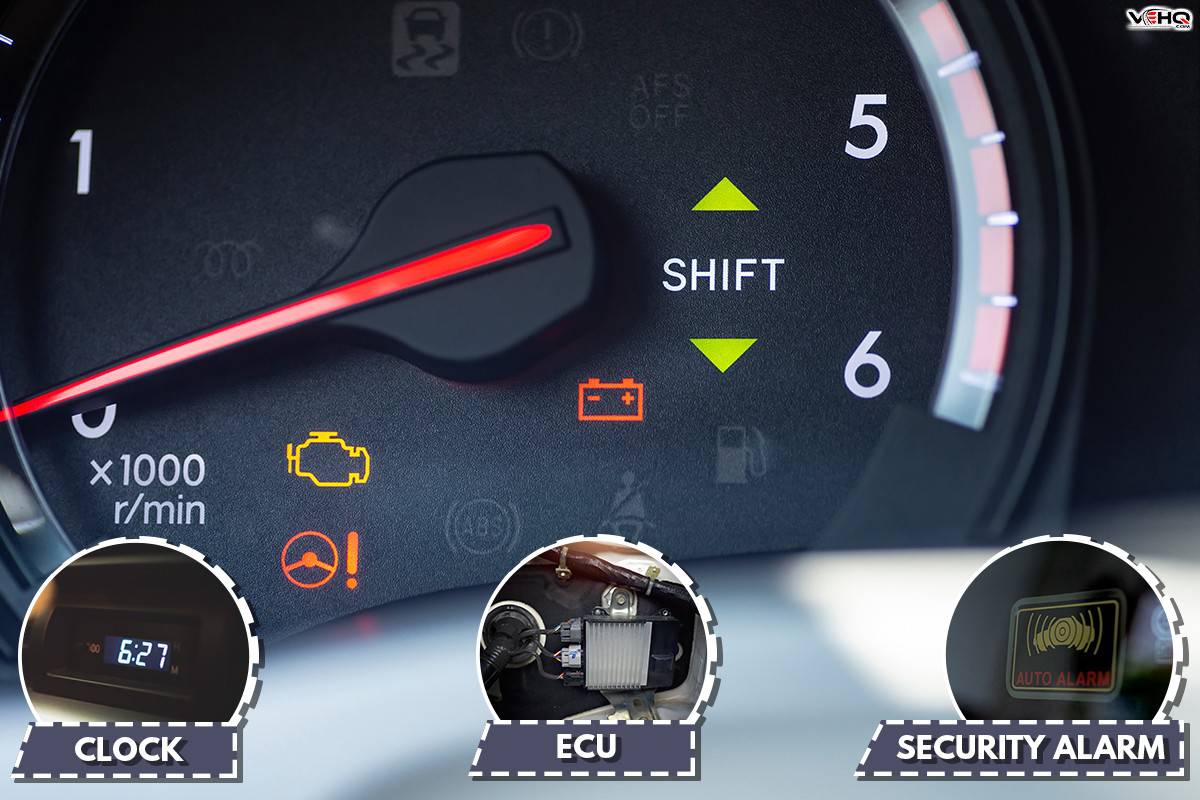 Parasitic drain is what causes a car battery to drain when not in use for a long time. A parasitic drain is a current that is flowing through the battery's terminals when no load is connected to it.

This current, which flows as a result of the chemical action within the battery, is negligible if your car is parked for a few hours or days. This current is usually very small, so it would not normally cause a problem.

However, if you leave the car for weeks or months, then this parasitic drain can be substantial and cause the battery to run down.

Your car's internal clock, ECU, security alarm, and sensors all use electricity and they draw some current even when your car is turned off.

Is There Anything I Can Do To Prevent My Car From Draining the Battery?

If you're in the habit of parking your car for an extended period of time, then you should get a Battery Tender. Battery Tender is categorized as a super smart car battery charger that works as a battery maintainer at the same time.

It helps you keep your battery from draining by supplying a steady stream of current to the battery until it's fully charged. Once the battery is fully charged, the device will shut off automatically to prevent overcharging.

Check out Battery Tender on Amazon. 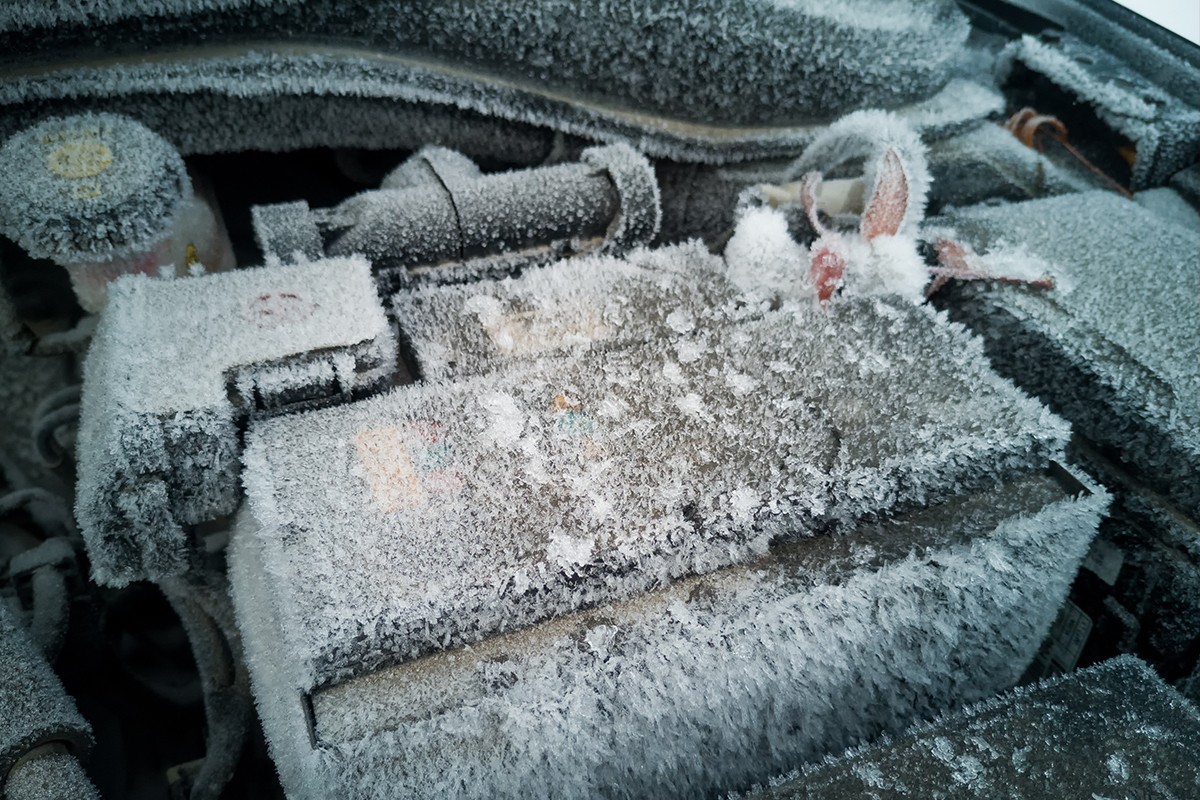 The electrochemical processes that are involved in the operation of a battery can be negatively affected by cold weather.

As temperatures drop below freezing, the battery’s electrolyte becomes less conductive, which reduces its ability to allow current to flow between the plates of the battery.

In addition, the low temperature can cause the electrolyte to freeze (sulfuric acid freezes at lower than 10°C), making it even less conductive. This reduced conductivity means that less current can flow, which will ultimately drain the battery’s power faster than normal.

A car battery is designed to operate at a certain temperature. If the ambient temperature changes too much, the battery will not be able to perform at the same capacity it could otherwise. 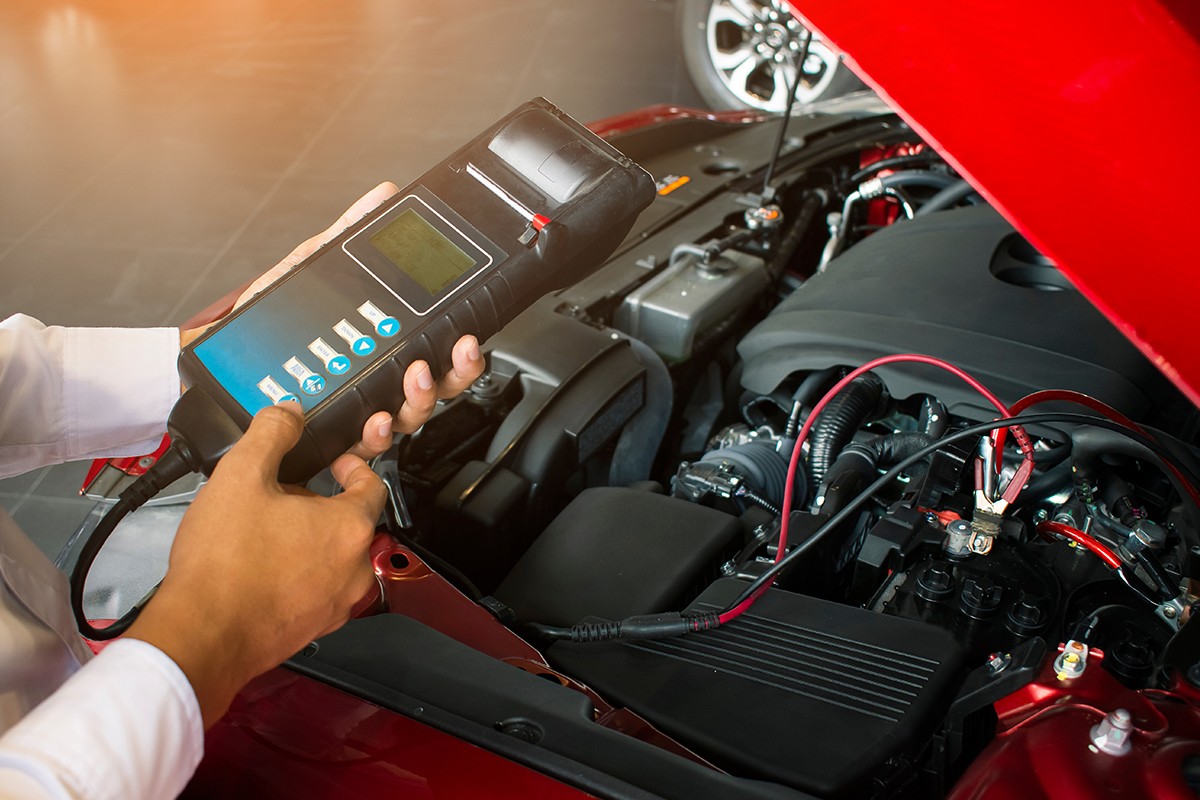 Charging your car battery with a trickle charger is an inexpensive and safe way to extend the life of your vehicle's battery. It won't damage your battery even if you continue charging it once it is fully charged. The charger's safety features will ensure that it won't overheat or short-circuit, and there is no danger of fire or explosion.

How Long To Charge A Dead Car Battery

Can A Car Battery Have Good Voltage And Still Be Bad?