Catalytic converters are a hot topic right now with how much theft is involved around them. Serial numbers are a helpful tool to track stolen items back to their owners. If you're unsure whether or not your converter has a serial number to track it back to your car, no worries, we've looked into it for you.

Most vehicle converters do not have serial numbers, but several manufacturers do ensure to add them. Catalytic converters are made in a different section of the warehouse and can often be hard to track on the assembly line. Serial numbers also do not contain the car's VIN and are harder to locate when stolen.

Catalytic converters are required on every vehicle to comply with EPA regulations. Converters play a significant role in emission control and are lined with precious metals. Keep reading for an in-depth discussion on where to look for your serial number and more! 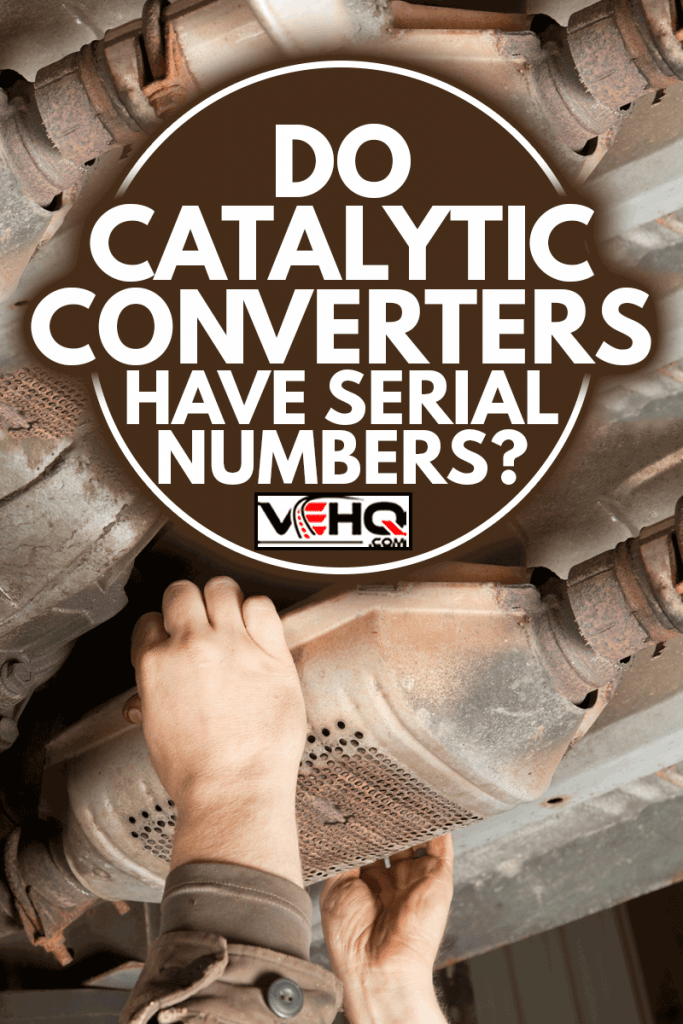 How to find the serial number on a catalytic converter

Your vehicle's converter will be found underneath the car in the exhaust system, often between the manifold and muffler. Due to the 1975 EPA ruling, all gasoline and diesel vehicles have a catalytic converter to monitor released pollutants. While diesel engines don't necessarily need them since they come with a particulate filter, the requirement still stands.

There will be two sections of the converter, known as the pre-cat and cat. The pre-cat is the pipe leading down to the cat. The cat is the semi-beam-shaped part that houses the honeycomb filter. Most serial numbers will be printed somewhere on the main cat around the edges or outskirts of the body. 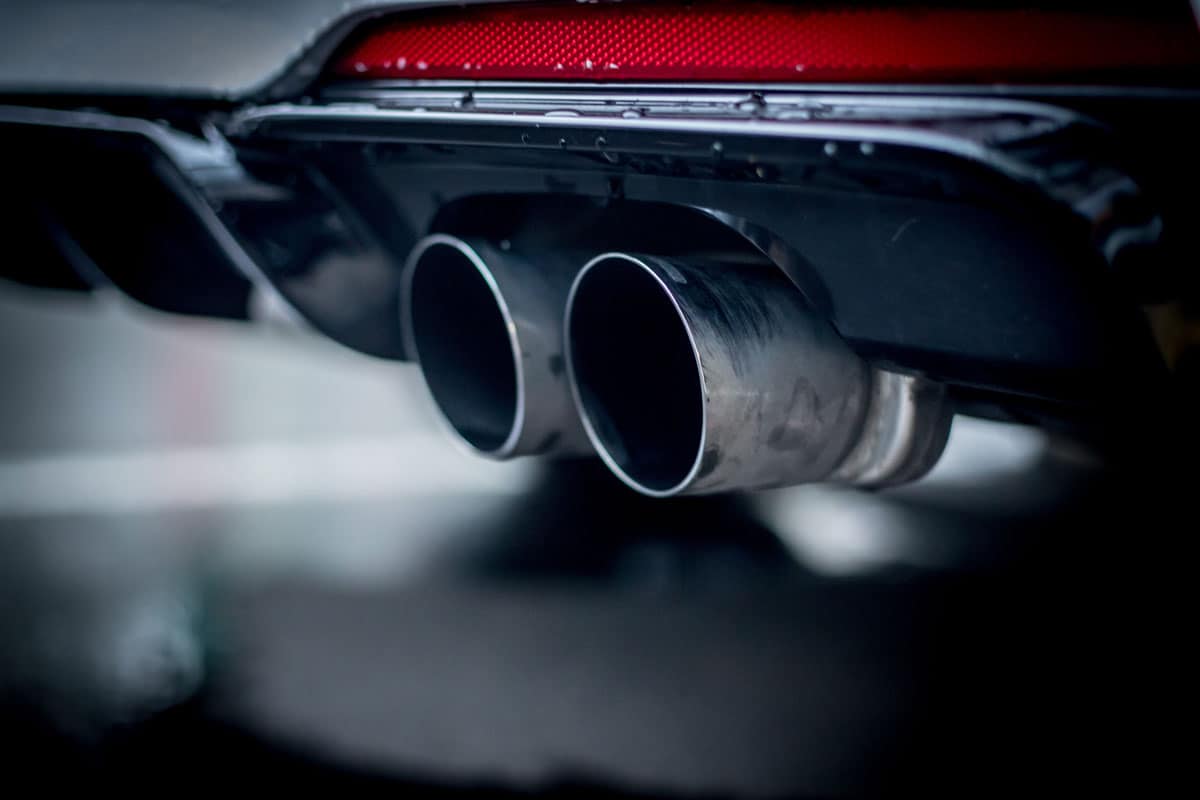 Locations can vary by brand, and often it may be helpful to go to a dealership. According to the New York Department of Conservation, vehicles should have an emissions label in the engine compartment documenting the engine family and converter number. If the label is not present, the owner can contact the original equipment factory for a replacement label. The replacement may or may not contain the converter's number.

Here are two tips for making the number more readable. First, add a few drops of oil to the area, spread it out, and then angle light to see the edges clearer. Second, gently brush the surface with steel wool to eliminate debris and repeat the first step if needed.

Click here to view this steel wool on Amazon. 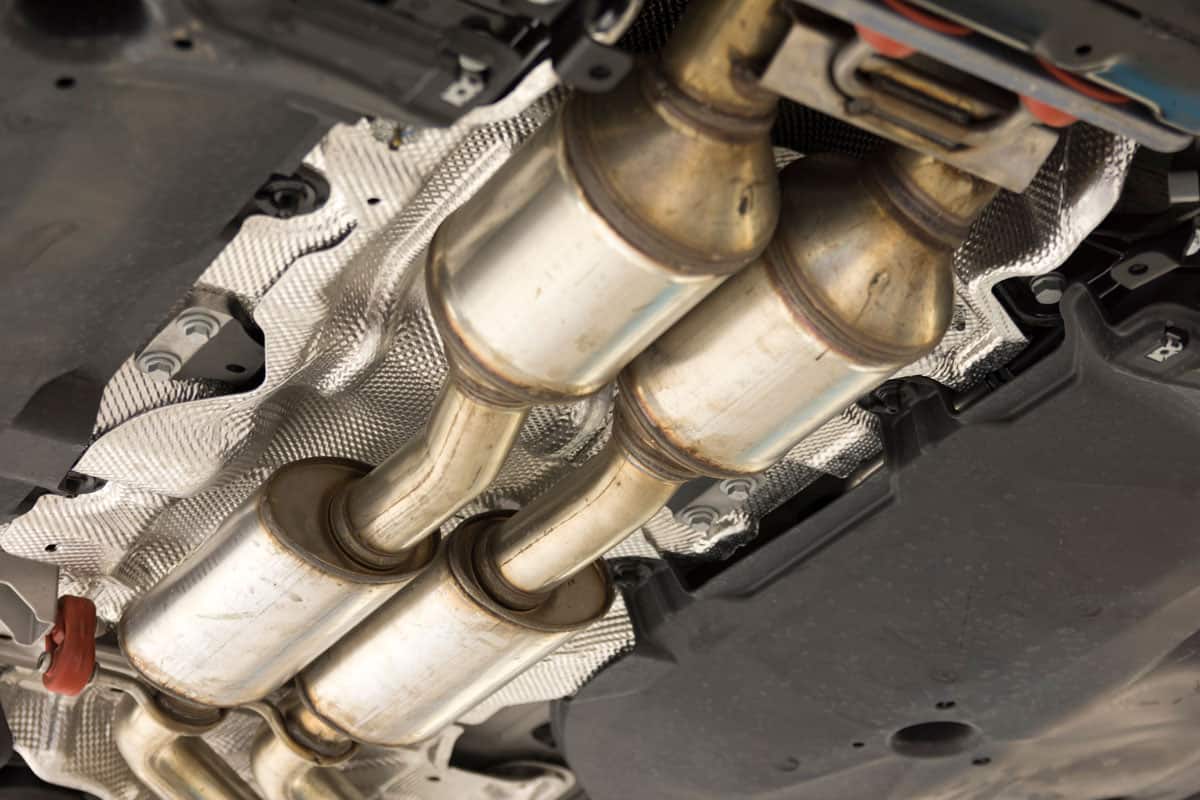 While the EPA requires all vehicles to have a catalytic converter, the specifications handed out by manufacturers can vary from legislation to legislation. There is a general list of what the serial numbers look like, but it could slightly change depending on the make and model. Two of the larger car producers, General Motors and Subaru, often get asked where to find their serial numbers. 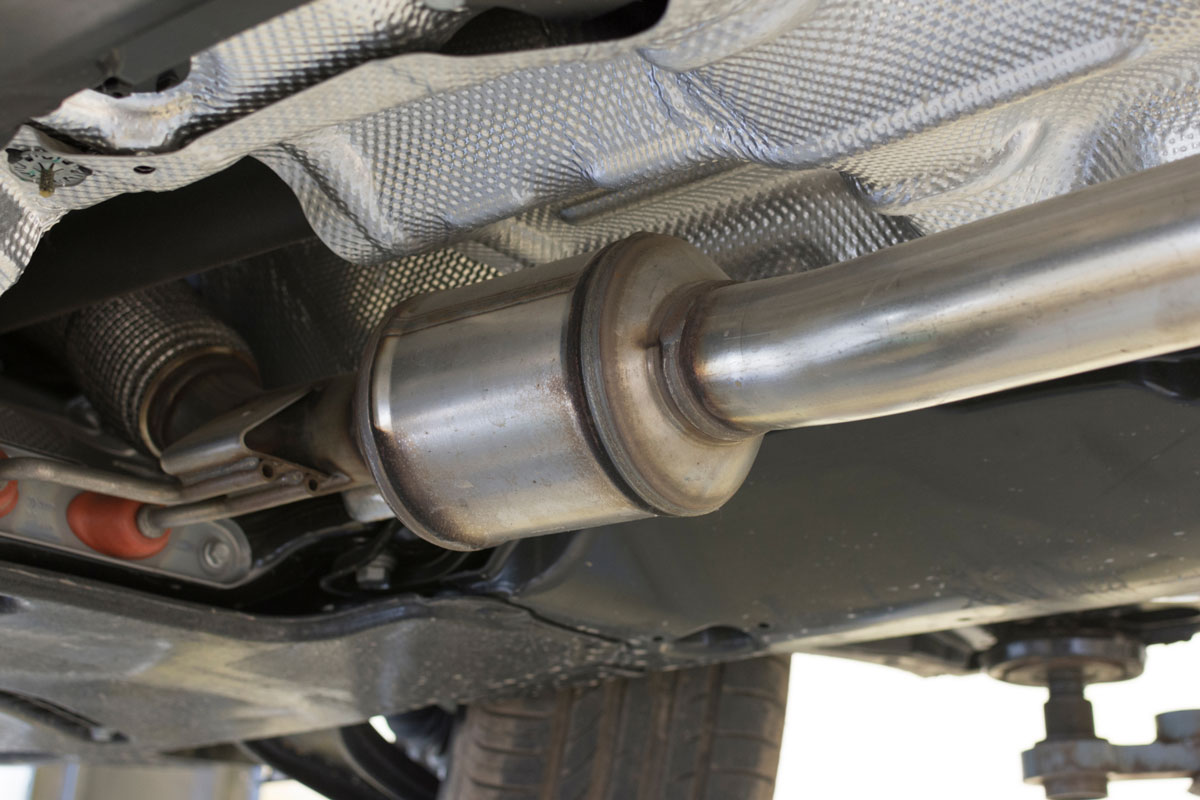 GM converters are no different from the makeup and location of the cat's body. In particular, Chrysler and Dodge serial numbers will be found stamped on the edging of the cat. Other GM vehicles will have their numbers located somewhere in the cat body's middle, top or side outer rim.

Similar to GM, there are typically two units on the downpipe. The serial number will be on the body of the cat with five characters. If you go to a dealership and have the tech run the system through the computer, the code P0420 could point to a faulty converter.

Owners of modified performance cars often remove their catalysis converters. Since it is against the law to drive without one, these car owners often buy larger high-flow converters to meet requirements. The larger converter gives the car better airflow and increased performance. A good thing about these is that the owner can label the new converter with a label with the car's VIN.

Click here to view this high-flow converter for Subarus on Amazon.

What do the numbers on a catalytic converter mean? 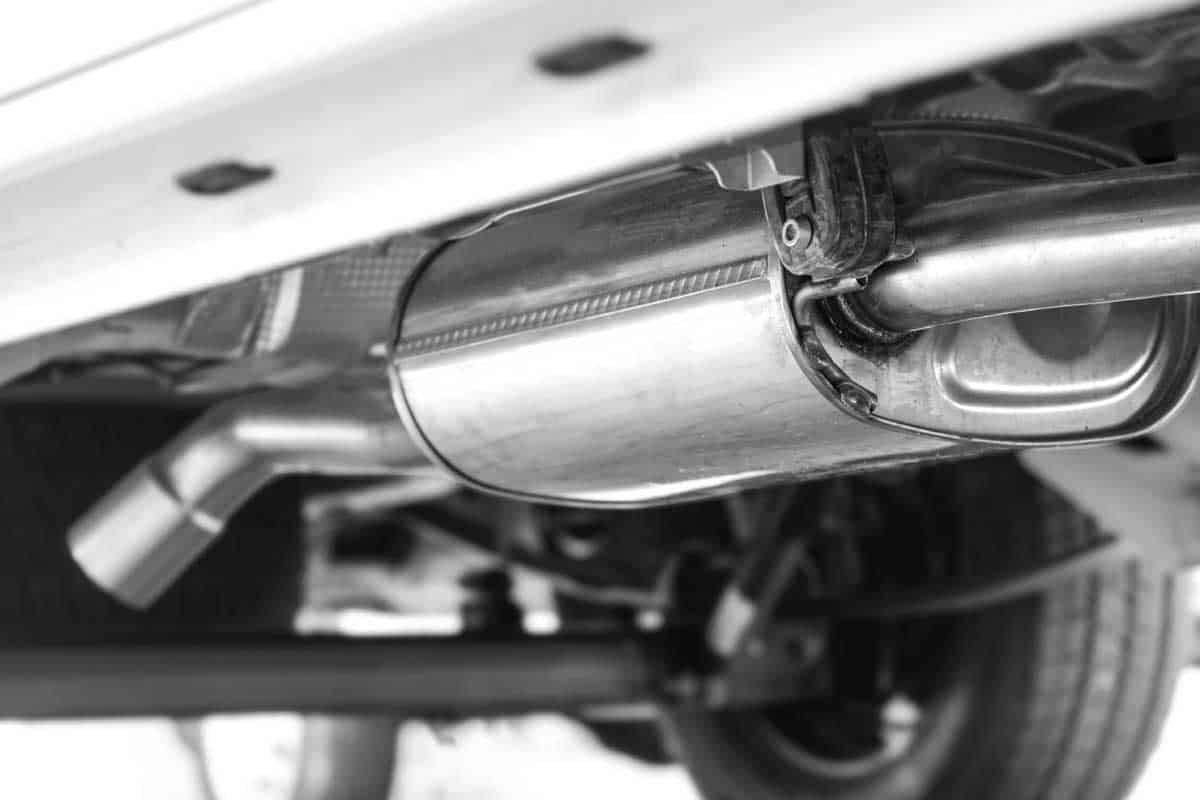 Deciphering your vehicle's serial number may lead you to the parts department of an auto shop. In California before 2009, they had a law that the serial numbers must contain the state's approval, the manufacturer number, and the date it was made. After 2009 it also was to include whether it was new or used and an actual serial number.

The Toyota brand on its own has a specific labeling system. The serial numbers are a combination of numbers and letters and are only three characters long. They also have L and R series converters that have significant price differences.

What is the valuable part of a catalytic converter? 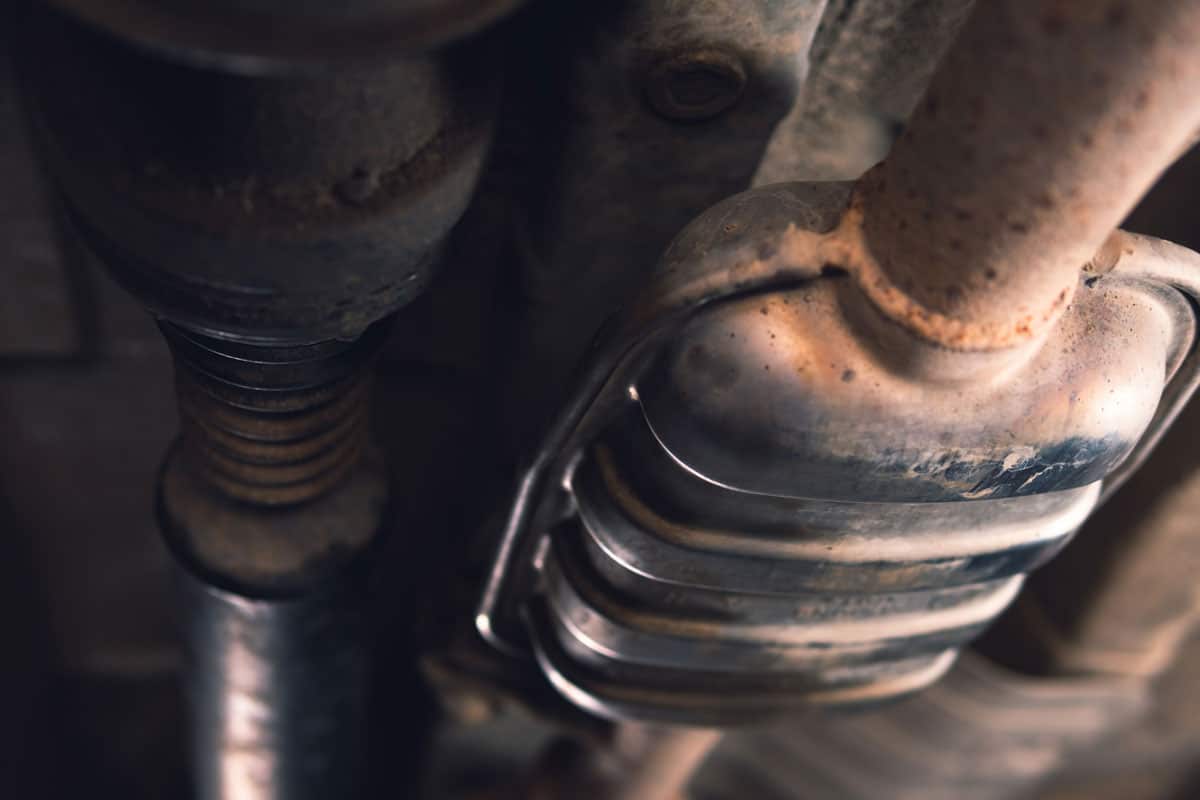 Catalytic converters are made of three precious metals: platinum, rhodium, and palladium. The metal's job filters out toxins from the emissions and is a deep-rooted part of the converter. According to NPR, an ounce of rhodium can go for $28k, but there is barely that found in a converter. However, someone looking to make a quick hundred will do the work for it.

Due to the very high demand for the metal, the pay-out prices for scrap metal are at an all-time high. Imports are taking longer to come in, and companies don't want to wait for their supplies. It works in their favor when converters don't have a serial number. 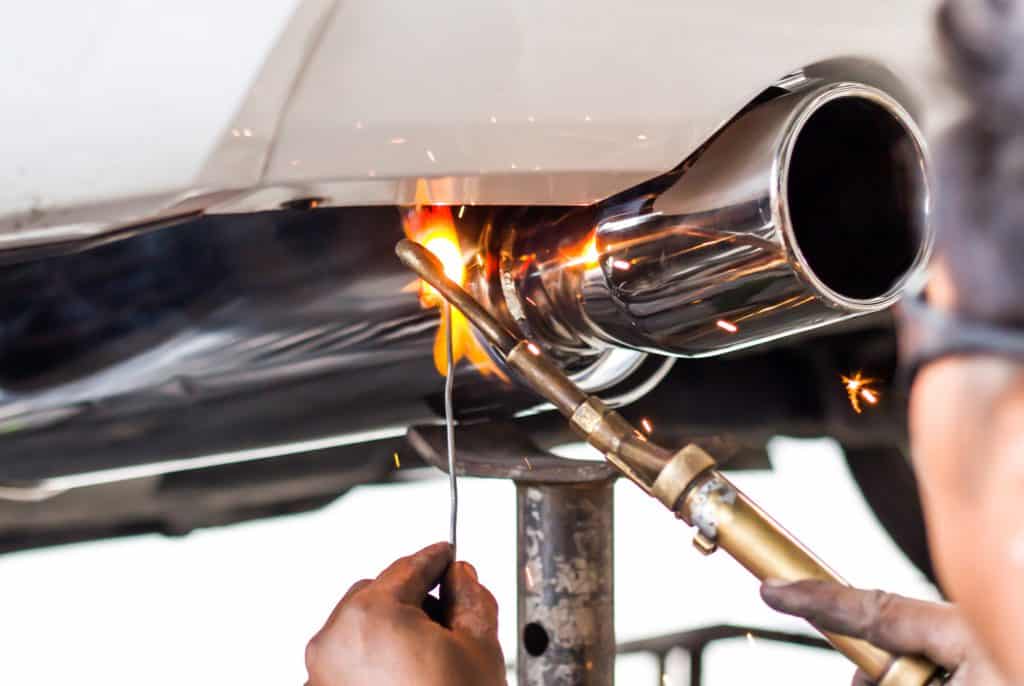 Can you tell if a catalytic converter is stolen?

You'll be able to tell your catalytic converter is missing as soon as you turn on the car's engine. Expect to hear a loud rumble or roar that only gets more intense when gas is added. Also, once you start driving the vehicle, you'll notice it will drive rougher and almost have a sputter to it.

Converters are most often stolen from trucks and SUVs due to their higher ground clearance, plus simple bolts keeping them in place. Most insurances won't cover the missing part unless specified in your policy. When you take it to a dealership with no coverage, be ready to pay anywhere between $950-$2500.

These prices do include labor and parts, but keep in mind every shop has different rates. A lot of newer models will have their converters welded on to make theft more difficult. If you need a replacement, ask the mechanic to carve in your VIN to add security.

How to prevent theft 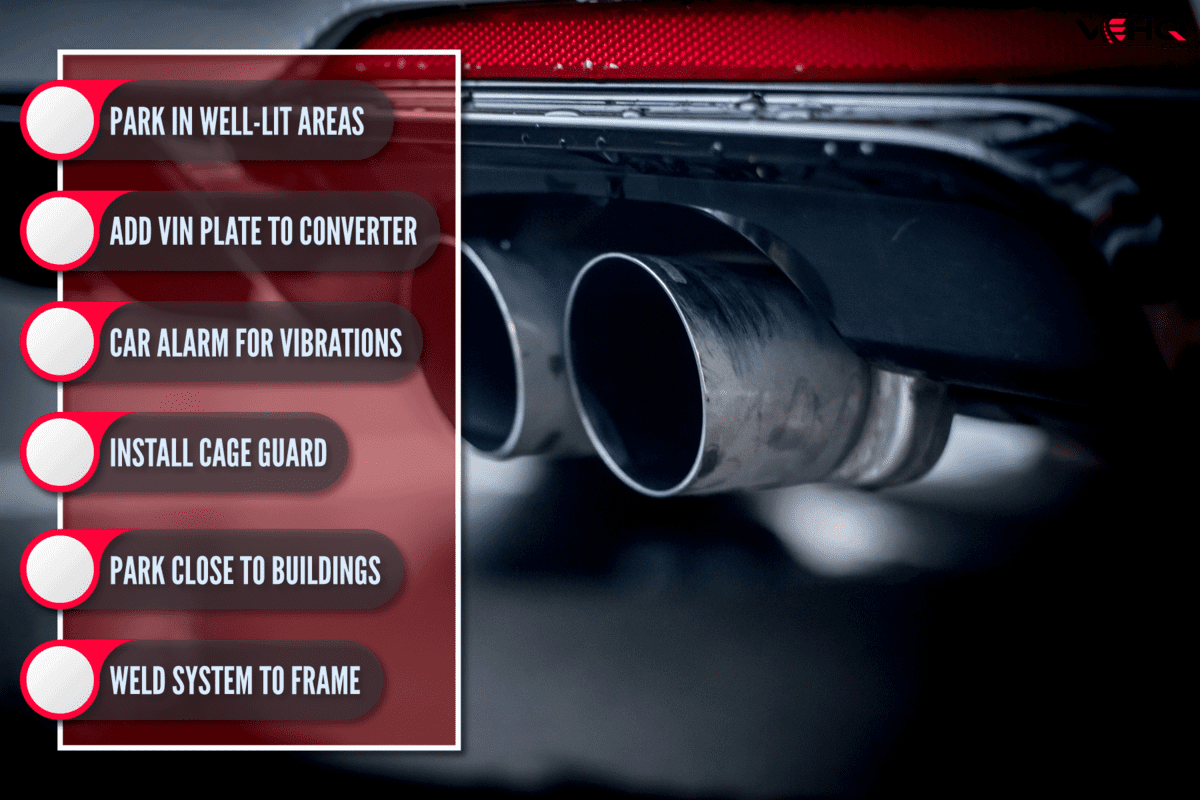 From the spike of thefts of catalytic converters, new methods have started to circulate on additional protection for them. One of the best and free methods is to keep your car parked in the garage. A garage or locked parking area will give you peace of mind. 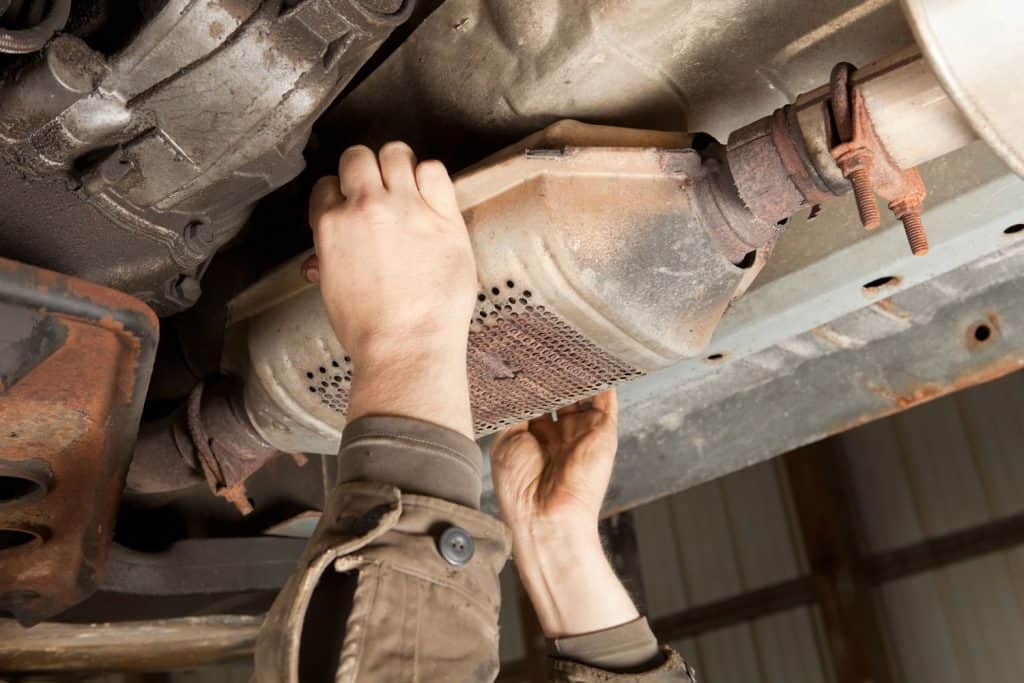 Serial numbers are seen sometimes but not all times on the catalytic converters. You can always contact the car's manufacturer for more information or take it to an auto shop for a tech to take a look. If possible, have a label or carving of your VIN placed on your converter to track it. Learn more valuable info here:

How Much Does A Car Inspection Cost?

How can u find the serial # to catalytic converter if it’s stolen? VIN number??