Cummins is a household name for diesel truck owners and big rig drivers. With the increasing speed of technology and new builds, buyers start to wonder what's included in their engines. Take into consideration blow-off valves, will Cummins be adding them to their engines? We've looked at the guts of the engine for you to find out.

Diesel engines rarely come stock with blow-off valves, Cummins included. Due to that fact, diesel engines compress the air first and then inject the fuel, a blow off valve isn't necessary. If you were to add a turbo modification, then your engine would need a blow-off valve to release the extra air from the added pressure.

Being an independent company focused on making a hardworking engine, selling additional performative parts is not Cummins's first priority. However, there are modifications that can be done to your diesel truck to bring it to peak performance. Keep reading to find out what blow-off valves can do for your truck! 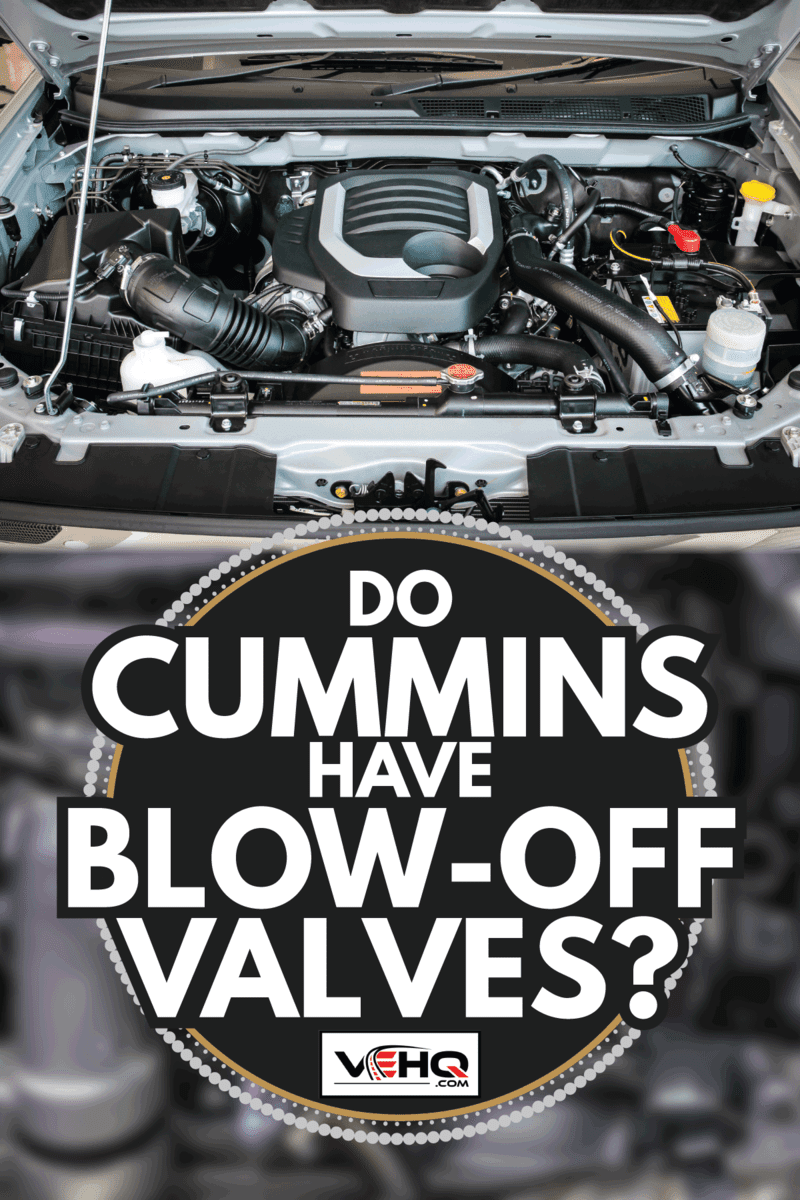 An independently owned company, Cummins made its name from branding its engines as construction-grade. As the highway system grew, Cummins engineering powered a majority of the servicing vehicles. With the highway taking over, truckers now turned to Cummins for powerful and reliable engines. According to the company's website, they also supply engines to defense sections of the United Kingdom and the United States government.

Do Diesel Engines Have Blow-Off Valves?

Due to the fact that diesel engines are not premanufactured with throttle bodies or plates, they do not come with blow-off valves. However, if you buy a modified diesel truck with an added turbo, then yes, blow-off valves should be present. Cummins engines handle 30 to 40 PSI on their own, without any extra parts.

The only thing to watch for in diesel engines are the head gaskets, which can wear down over time. There is still a slight vacuum created by the intake strokes drawing air into the cylinders. Diesel engine power and RPM are heavily controlled by the amount of fuel injected per cycle.

What Does a Diesel Blow-Off Valve Do?

After a turbo addition to your diesel engine, the degree of pressure increases. As the engine performs under high boost conditions, the throttle can abruptly close and push pressure back into the engine. This is called a turbo surge, also known as a turbo bark.

By adding blow-off valves, this extra pressure boost gets released away from the compressor. At the same time, it is also protecting your intercooler, pipes, and hoses. Unmodified diesel engines have low and monitored boost pressures and don't need the extra protection that blow-off valves offer.

Learn the details of a blow-off valve's function in this video:

Does A Turbo Need A Blow-Off Valve?

A turbo absolutely needs a blow-off valve. Without one, you can expect multiple parts in your vehicle to start failing under the intense pressures. Upgraded compounds and the correctly sized blow-off valves save you from expensive repairs down the road. Most single turbos won't be required to have blow-off valves, but it never hurts to be safe rather than sorry.

On the off chance you buy a turbo without a throttle plate, you'll want to have blow-off valves to reduce the turbo surcharges being pushed back into the engine's systems. In addition, these valves prevent compressor stalls. The vacuum created between the turbo and throttle body maintains the spinning of the turbo charger. There is a dedicated forum on the Cummins page that discusses blow off valves.

Click here to view this blow-off valve on Amazon.

Can A Blow-Off Valve Damage Your Turbo?

As with any part, blow-off valves do have the potential to damage your turbo. When there are times your throttle closes, and pushed back compressed air is trapped, the overall air pressure will be increased. This spike will cause the compressor to stall and the air to decompress backward. A reverse flow of air makes the turbine shaft reduce speed faster than usual, which can lead to damage.

Blow-off valves change the design of the engine and therefore cause the ECU to run differently. The ECU prepares itself for moderate pressure to be pushed back since most diesel engines have low pressure, and blow off valves can confuse it.

The ECU will notice the extra air and release more fuel to match the new air intake. This creates a fuel-rich mixture that can lead to hesitation or stalling of the engine when the throttle is closed. The more often this occurs, your spark plugs will take the heat from it. Not only that, but your catalytic converter will have additional soot build up leading to it overheating. 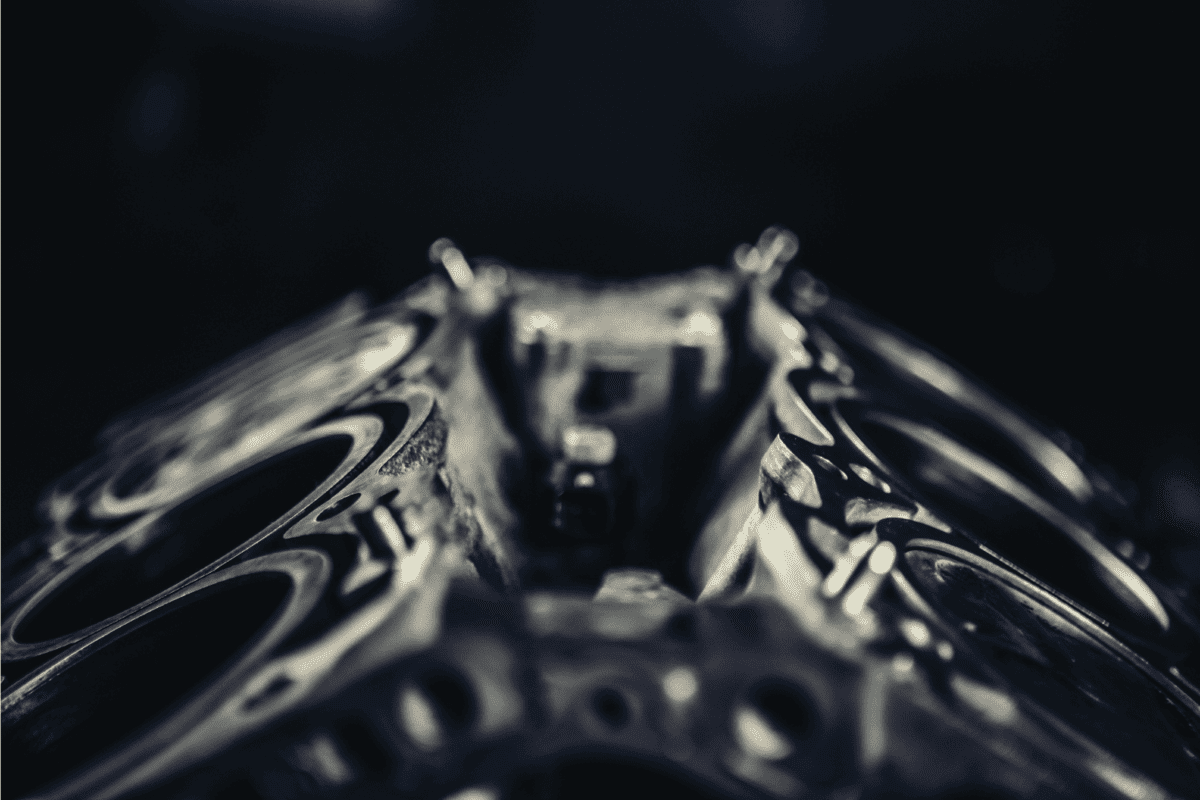 Does A Blow-Off Valve Add Horsepower?

In short, no, the inclusion of blow-off valves will have no effect on horsepower. On the other hand, with proper-sized valves and wastegates for the engine, you might notice a slight change to your vehicle's overall performance. Heavy duty trucks take on a lot of weight and therefore need more air intake. The gaskets will have a decrease in pressure and work more efficiently.

If you're looking to increase horsepower, try these maintenance upgrades:

Cummins is well known for producing durable diesel engines. Stock diesel engines do not come with blow-off valves since there is no throttle plate. Once you add a turbo, you will need to install blow off valves to handle the extra air intake. Remember to check in on your engine after working it hard to ensure off parts are in good condition.

Learn more about diesel engines in the articles below:

Is Propane Injection For Diesels Worth It? [A Thorough Discussion]