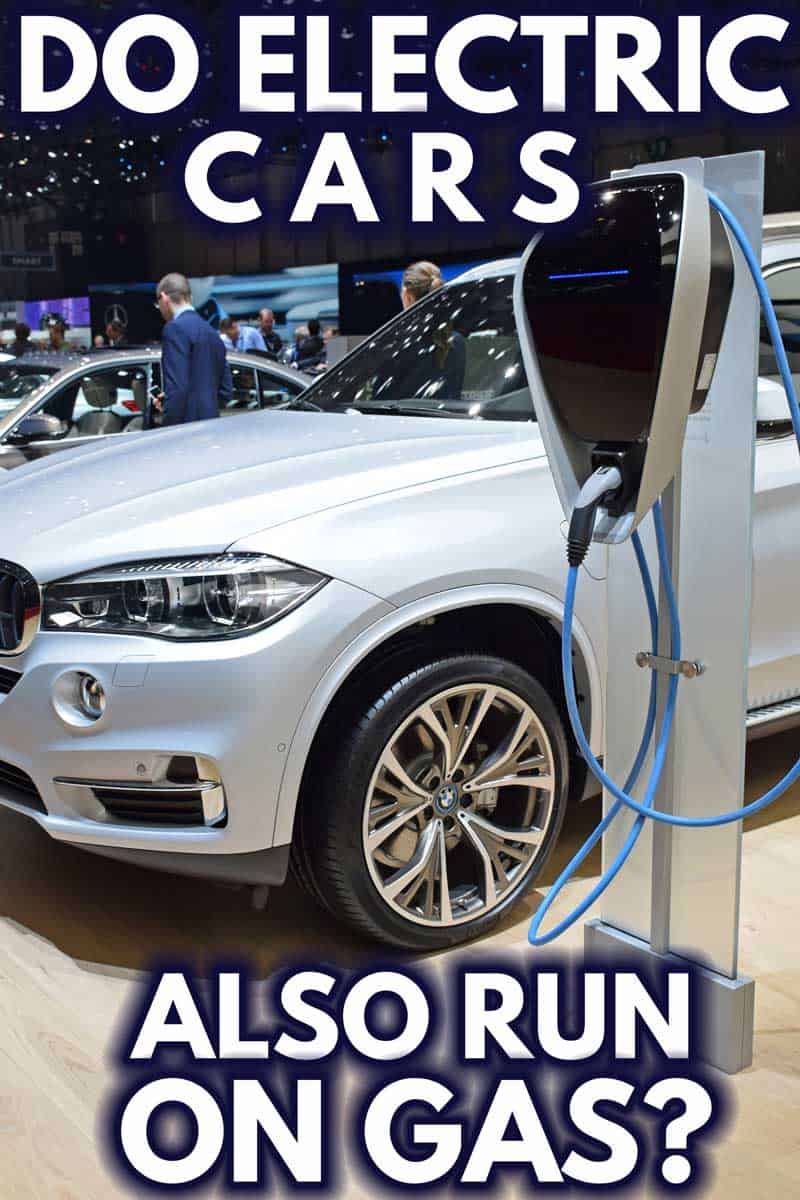 Electric, gas, battery—all these sources can power a car. That’s where the similarities end. There are differences in the power sources, and it gets confusing. Terms are often used interchangeably. And, you might think an electric car is, well, electronic—end of the story, right? Alas, it’s just not that simple. Have you wondered if electric vehicles also run on gas?

What Is a Battery Electric Vehicle?

A battery electric vehicle (BEV) gets its power from electricity and stores it in a battery pack. The battery pack powers the electric motor with the stored electricity. When the power runs low or runs out, it can be recharged. Recharging is available through a 120-volt charging cable and a wall socket, a 240-volt charging station using grid power, or a specified charging unit installed in your home or other convenient location. A BEV does not run on conventional fuels like gas or diesel. These vehicles don’t have a gas engine. BEVs are powered entirely by electricity.

The Tesla Model S, Nissan LEAF, and BMW i3 are all examples of electric vehicles.

There Are Two Types of Hybrids: Standard Or Full Hybrids And Plug-in Hybrids.

Much like a typical car, standard or full hybrids are powered by gas. The main difference between the two is the hybrid has a gasoline engine and an electric motor. The combination helps save on fuel costs and increases gas mileage. The hybrid recharges its battery primarily through braking. Energy is recaptured and later utilized in battery mode.

A standard hybrid is not a car that is plugged in. It runs on electricity in city type of driving, lower speeds, and constant braking or stopping. This type of car is probably the most well-known of the efficient car class. Examples of this type of car include the popular Toyota Prius and Honda Insight.

Different and newer than a full hybrid, a plug-in hybrid (PHEV) is designed to be charged by plugging it into an external source of power. PHEV’s can be plugged into a household socket with a 120-volt charging cable or to a 240-volt charging station. These stations can be found in your neighborhood. A reliable source for locating a charging station is the U.S. Department of Energy’s Alternative Fuels Data Center.

PHEVs draw electricity from a power grid. And through the same sources as a full hybrid such as braking. Electricity is stored in the battery. PHEVs can be recharged during driving sessions and overnight. A full charge improves gas mileage and the range of distance driven on the electric motor.

The Chevrolet Volt is an example of a PHEV. According to Chevrolet, the Volt can reach 53 electric miles in one trip.

With constant charging between trips, it’s possible to avoid using gas for an extended period.

Can Hybrids Run On Gas Only?

The primary source of power for a standard hybrid is gasoline. This type of car needs fuel in the tank to operate in electric mode. If you run out of gas, the electric motor will only function for a short time. Running out of electrical power isn’t a long-term problem because the gas motor will keep running as long as there is gas in the tank. And the battery will recharge through braking.

Hybrids like the Toyota Prius and Honda Insight require gas and will function like a ‘normal’ car when highway driving without much braking to recharge the electric battery means that the gas engine takes over until the battery is charged.

In short, yes, a hybrid will run solely on gas. That said, it isn’t designed to run exclusively on gasoline. The battery pack is an integral part of the car.

What Happens When a Hybrid Or PHEV Electric Car Runs Out of Gas?

When gas runs low, a hybrid, unlike a traditional gas-powered car, will run for a short period of time on the electric motor. However, your speed will be noticeably slower. It’s impossible to state how long you can drive on battery power only as operating conditions vary and have an impact on the battery. It’s best to find your way to a gas station as soon as possible. If you kill the main battery and run out of gas, that likely means a trip via a tow truck to your car dealer.

PHEVs need gas to function correctly. If you happen to run out of gas, you can still drive your car if the battery is charged. But, if you run out of gas and battery power, your vehicle will shut down. And, your vehicle needs battery power to start, running down both sources means your car will not start until it’s charged. Filling up with gas isn’t going to help get the car going at this point.

If you are charging between trips or overnight, you should be able to keep your car going for a long time without running out of gas. But don’t take the risk of running out of both. Keep your fuel tank full, and your battery charged.

Will A Hybrid Run Without Battery Power?

Hybrids are like traditional cars in that they run on gas and a 12-volt battery. But they also contain a battery pack—a battery with many cells. Hybrids are designing to switch power sources as needed for the most fuel-efficient drive. Driving without a battery depends on whether or not you can get the car started.

Hybrids, for the most part, have two batteries: 1) a high-voltage (HV) battery pack serving as the main battery that starts the car and keeps the vehicle running and 2) a 12-volt battery that is responsible for powering accessories like the radio and supplying power to activate the HV battery.

With either battery drained, your car will not start. If your car starts and the battery drains while you are driving, hybrids are designed to recharge as you drive. PHEVs can be charged from external sources.

If the HV battery is drained, your car’s alert system will notify you. While you can drive solely on gas for a short period, your hybrid will not function in electric mode, and your car will be noticeably underpowered.

Also, there could be long-term damage driving a hybrid without a properly functioning battery. Extra strain on the gas motor and other components that depend on the battery could cause long-term damage to your hybrid.

Remember, these cars are designed to switch from battery to gas. They are not intended to run on gas as the sole source of power.

Can a Prius Run on Gas Only?

Now, in theory, a Prius can run on gas only. But it’s more involved than simply answering “Yes.” A better answer is, “It depends.”

The Toyota Prius falls into the full hybrid category—they run on gas and battery. They are not designed to be plugged into an external source for charging. Instead, they regenerate power through braking to recharge the battery.

On the highway, the Prius will likely spend most of the time using gas as the primary source of fuel. Around town, the Prius will happily repower itself and stay in battery mode.

If the battery is low, your Prius will still run using gas only. But that switch to gas mode will be only temporary—until the battery recharges.

Your Prius is designed for the battery (or batteries) to send power to all the other components in the car. While you can run on gas, you still need those batteries to function.

We hope we have helped you learn more about electric cars. There certainly isn’t a shortage of options for vehicles on the market that use some electricity to power them. BEVs, PHEVs, and hybrids bring us vehicle efficiency with savings on fuel costs and reduction of tailpipe emissions.

Technology for electric cars continues to improve. There might be a time soon that the world only has BEVs—a vehicle with a battery pack entirely by electricity. For now, hybrids and PHEVs get us part of the way there. Both types of cars are designed to use gas but also run on a rechargeable battery.