Ford Transit is a full-size multi-purpose van that can be configured from a broad group of options to handle the basic needs of its buyers. It is commonly used as a workhorse in the commercial sector, to transport goods and stuff, because they get the job done, thanks to the enormous cabin you have got at the back. Families also use transits as RVs for longer journeys. With that being said, cruise control is one of the most important features in a vehicle. This begs the question, does the Ford Transit has cruise control? We looked into this to help you decide if this vehicle will meet your needs. 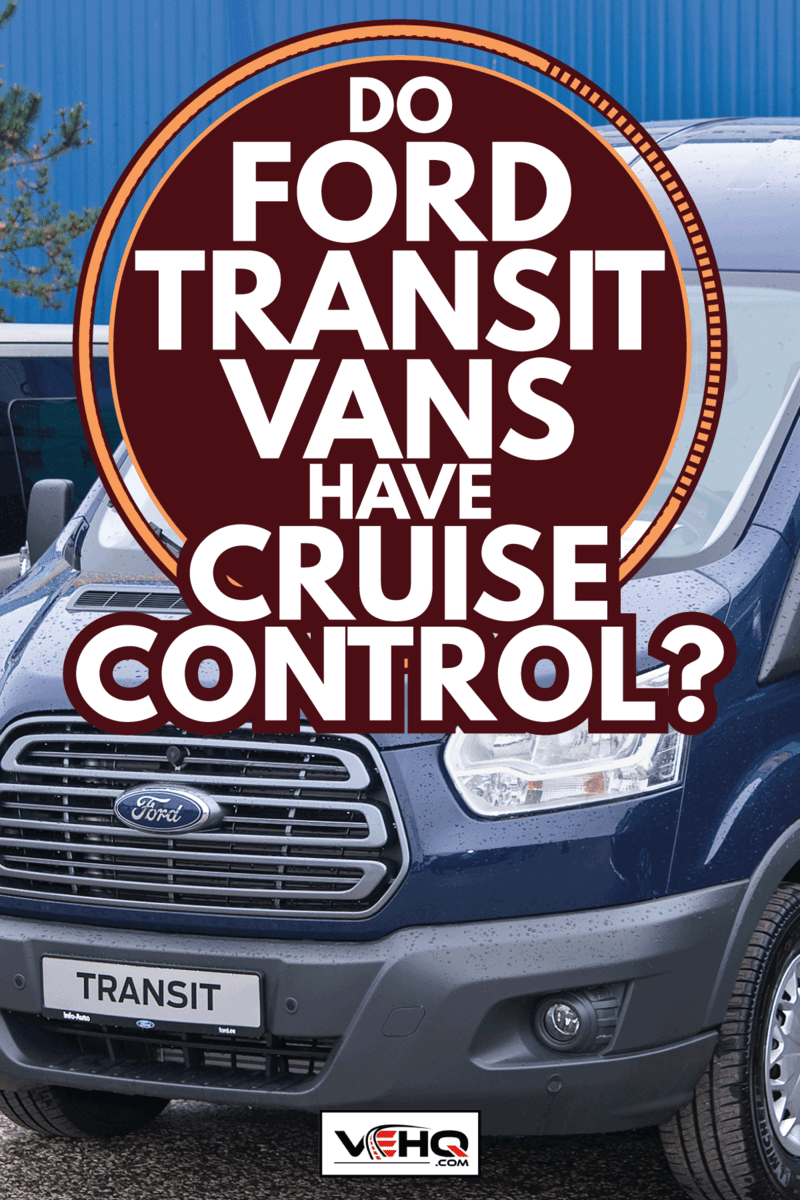 What Is Cruise Control?

The cruise control system is designed to maintain a fixed speed set by the driver without any accelerator pedal input. It makes driving on longer journeys much easier and provides the best fuel economy on the road trip.

If the car faces an incline or a decline, the cruise control system automatically increases the engine rpm or brakes as needed to maintain the set speed. A standard cruise control system does not have the ability to sense the traffic ahead and will not adjust itself according to the speed of the car approaching your vehicle in front. In such a case, the driver has to press the brake pedal himself. 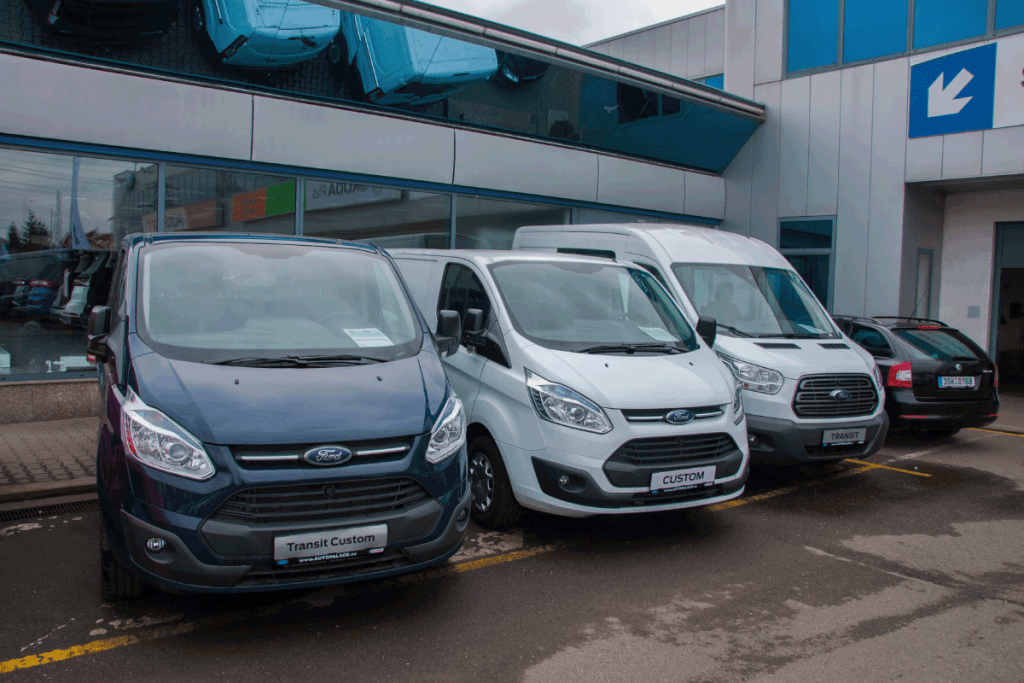 Apart from cruise control, the Ford Transit also comes with Pre-Collision Assist with Automatic Emergency Braking (AEB) as standard. It scans the road ahead and alerts the driver to potential collisions with vehicles or pedestrians detected in the vehicle's path. If an impact becomes apparent and the driver does not take any corrective action, the van automatically applies the brakes to avoid or reduce the damage.

The system scans the van's position between the lines in the road ahead and steers the van back into the lane if the car starts to drift off the lane. If you start to drift off the lane several times, a coffee cup icon appears on the dash indicating that the driver should take a break from driving. 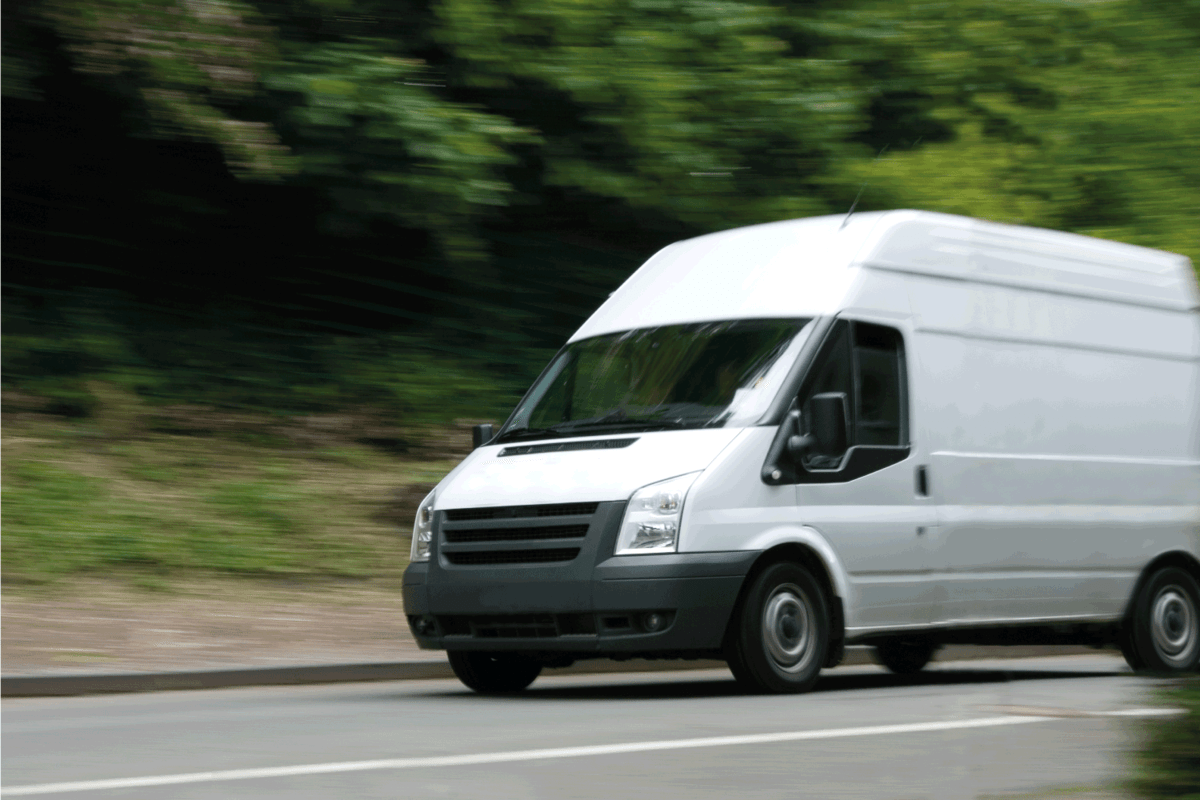 How Do You Use Cruise Control On A Ford Transit?

The cruise control on the Transit can work in two different modes. The first or more common method to set the cruise control is by pressing the "Set" button on the left of the steering wheel while driving. Then, accelerate to the desired speed you want your van to cruise at using the accelerator pedal.

Now let the accelerator pedal go, and the van will maintain the set speed itself. You can further adjust the speed by toggling the "Res" button up (Set+) and down (Set-) to increase or decrease your set cruising speed. Finally, you can cancel the cruise control any time by pressing the "Can" button or by hitting the brakes and resume it back on using the "Res" button.

Does Cruise Control Save Gas?

Yes, the cruise control system can save gas on journeys most of the time as drivers can accelerate and decelerate in steady traffic, which consumes extra fuel. When cruise control is set at speed, the vehicle adjusts the rpm and the gear to achieve the target speed.

The computer sets the lowest required engine rpm to maintain the set speed according to the road incline. This mostly results in better gas mileage for most of the drivers.

Is It Easy To Drive Ford Transit?

Yes, the Ford Transit has a huge windscreen up ahead, and you have a high and clear view of the traffic ahead. It cannot be configured with a manual transmission; all Transits come with a 10-speed automatic transmission. So, it's pretty easy for a person who knows driving to drive a Transit.

What is Transit driver-assist?

Do Ford Transits Have Lane Assist?

Yes, Ford Transits Do come with a lane assist feature. A Lane-keeping system can help the driver stay in his lane if the driver has lost attention and has probably dozed off for a second or two. The system scans the van's position between the lines in the road ahead and steers the van back into the lane if the car starts to drift off the lane.

Where Is The Front Camera On Ford Transit?

There are two front cameras on the Ford Transit. One for the smart driver-assist features such as AEB, Auto High-Beam Headlamps, Lane-Keeping System. This camera is installed behind the windshield at the top in the center. Regularly clean the windshield to ensure that the camera has a clear view. In addition, another camera is located under the Ford logo at the front end to help the driver park the car by providing a 180-degree front and back camera view. 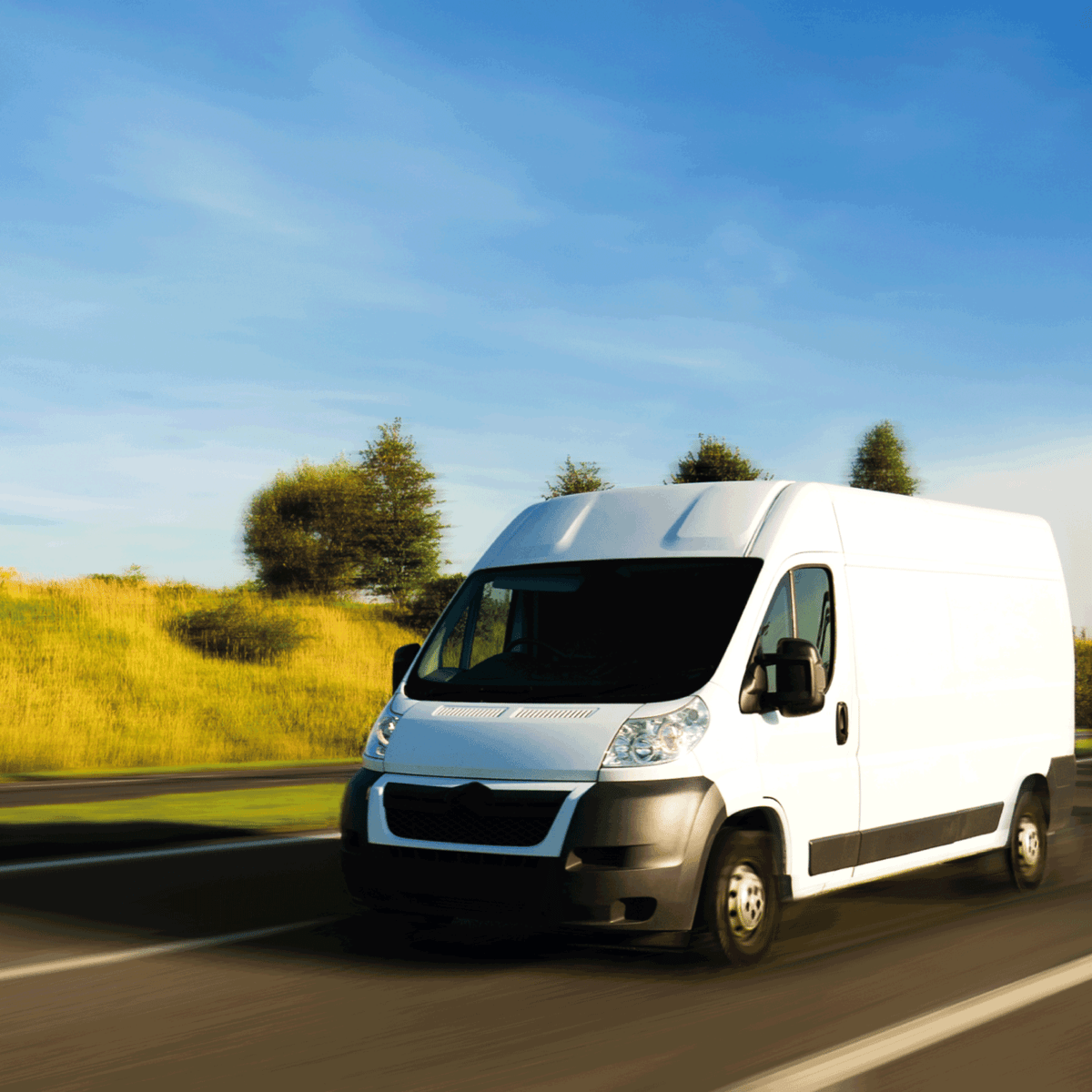 The Ford Transit is a rugged and durable vehicle designed by keeping functionality, durability, and practicality as the primary purpose. The van is adored in the commercial sector as it gets the job done without any troubles. In addition, Ford has offered many drivers assist features in the van. This makes it an easier pick for regular customers who like to go out on trips with a whole group.

How Much Weight Can A Ford Transit Carry?

Can You Flat Tow A Chevy Express Van?

How Long Is A Chevy Express Van? [And How Much Does It Weight?]

ordered a new transit and it did not come with cruise control . not standard