It's no secret that Ford has been one of, if not the best-selling truck company in America. However, recently there have been several complaints about their newer Ford trucks rusting before they should. This has consumers wondering, "Do Ford trucks rust?" We have researched this question on your behalf and answered this below.

The main complaint from consumers is that the newer Ford F-150s have been rusting before they should in the rear axels of the half-ton trucks. The theory is that the early rust is happening due to the axels being sold unpainted and untreated. Ford switched to aluminum bodies in 2015, and while aluminum itself can't rust, that doesn't mean that the metal undercarriage can't.

This news has Ford fans concerned. However, there is more to a story, and that's why we will take a closer look at if Ford trucks rust in this article. In addition, we will discuss the durability of a Ford truck's aluminum body, so read on! 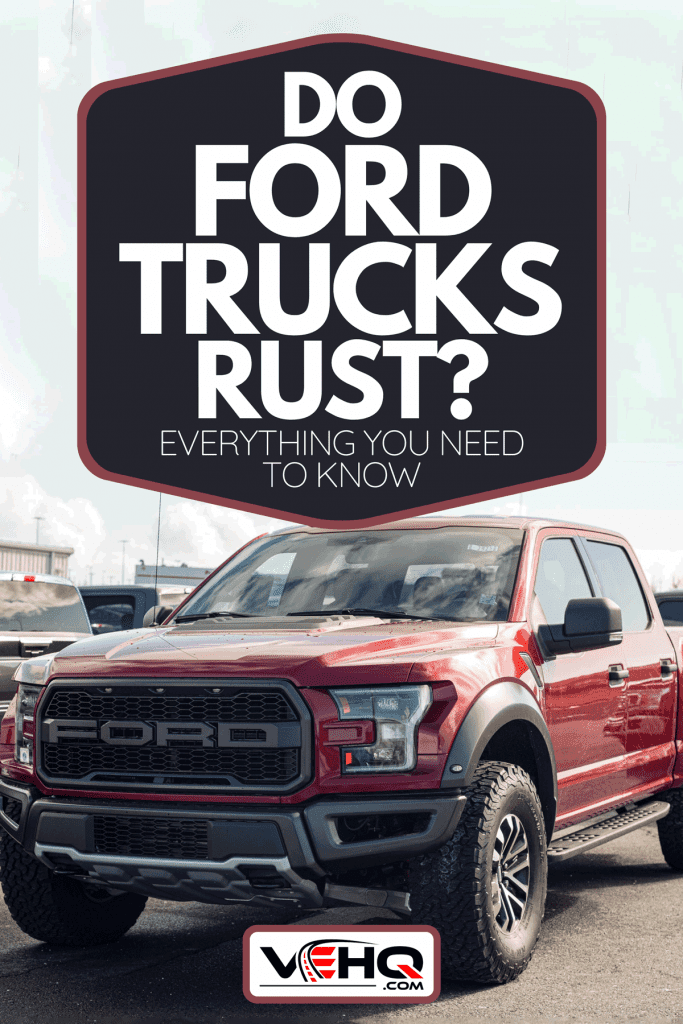 To answer the question "do Ford trucks rust?" we need to dive deeper. This means taking a look at aluminum Fords, steel Fords, and much more. First off, there has been an increase in complaints about rusting with their newer models. However, this varies by region as some areas may see much less corrosion, but this is just speculation.

For example, if a truck is sitting on a dealership's lot where there is a lot of salt on the roads, the truck will be more prone to rust during test drives and after purchase. However, if the trucks are being sold untreated or unpainted on the axels, then it is likely that the 2021 Ford trucks could be seeing corrosion and rusting way earlier than they should be.

Whether Ford owns up to the claims or not, consumers are complaining about the rusting issue on forums.

The aluminum Ford trucks use a Thermoplastic Elastomer (TPE), which is supposed to lube and protect the axels. However, this has been ineffective in some models because of insufficient TPE. This means that dealerships should be checking on these axels and making sure that they are in good shape.

With the aluminum Ford trucks, there is much less TPE than in traditional steel, which means it's also weaker in some areas. The main rust concern with these models is from weld areas. A professional welding shop can fix these areas. You should also look at the paint on the truck's backside, which is also near the axel.

Ford claims that the rusting doesn't cause any mechanical function issues with their trucks. However, it is wise to have the trucks professionally undercoated to ensure protection. Undercoating is especially important if you live in areas where salting the roads is expected.

As far as steel Ford trucks, several common problem areas need to be checked by a professional if required. Even though steel Fords may see more rust than steel ones at times, the newer aluminum models still have some issues with corrosion. One main concern with these models is where the aluminum fenders join the steel frame.

This is a high wear area and can cause a lot of rust in this location if not monitored often. In addition, these models have been known to have problems with corrosion from the spare tire mount. So, again, this is something that needs to be checked regularly to avoid rust forming here. 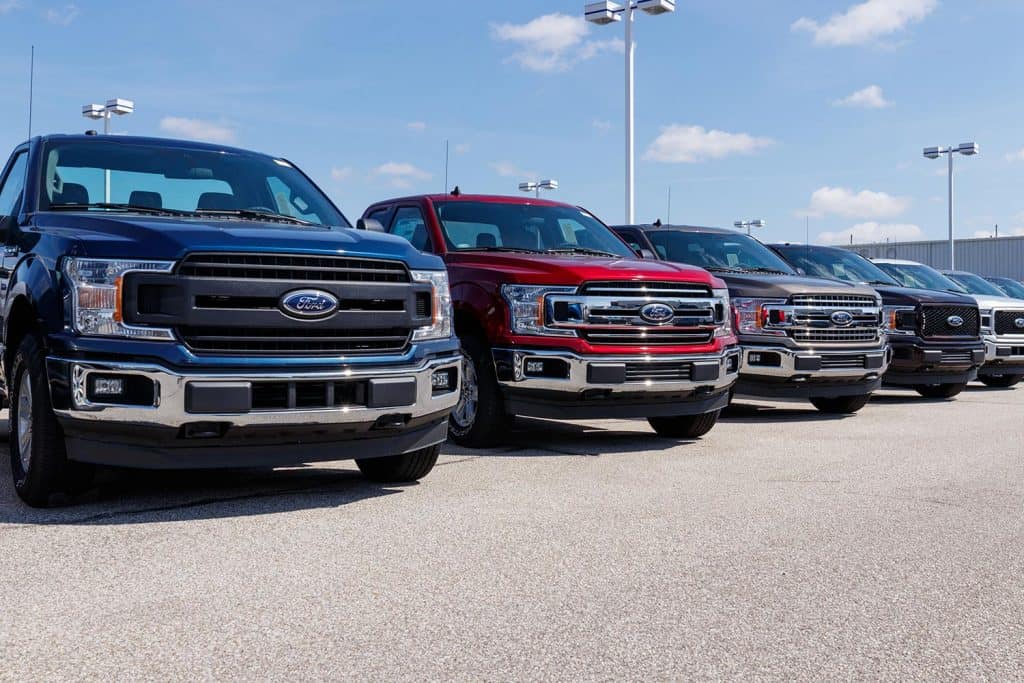 Why are new Ford trucks rusting?

So, why are new Fords rusting? Unfortunately, there isn't a clear-cut answer as to why this is happening. However, we can speculate based on general complaints from customers and some related information from Ford.

The main speculation is that the metal underneath the trucks is being sold untreated or unpainted. When this happens, the metal and oxidizes, causing rusting. The TPE is supposed to protect the axel from rusting, but it has been ineffective in some models.

For example, a limited number of Ford Expedition and Navigator models have been reported to have corrosion issues on the undercarriages. However, this issue doesn't apply to every model as there have been zero reports from other areas such as the southeast.

The most likely reason for this corrosion is the high salt content in the air and roadways. This means that if you live near a salty body of water or it's winter, then your vehicle might be more prone to rusting.

As stated earlier, there isn't a clear answer as to why new Ford trucks are rusting. The best way to prevent corrosion is to regularly inspect the undercarriage even if you don't live in an area where salting roads are. However, there are a few main areas to keep an eye on. 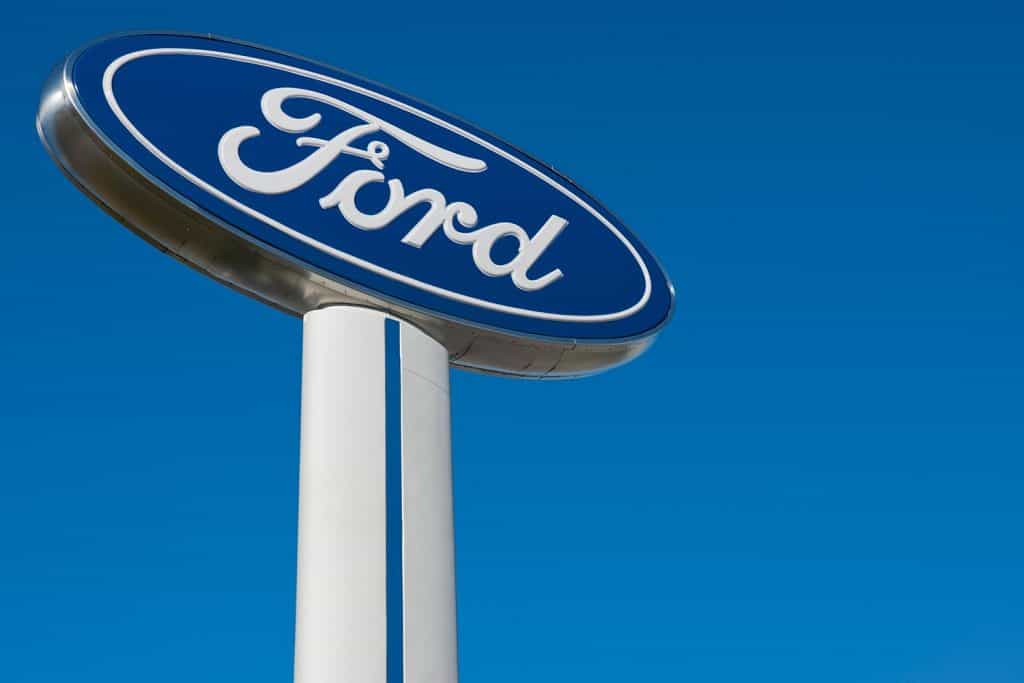 As stated before, welds can cause high wear and tear spots. This means that the welds could allow water inside the truck's body to sit until evaporated. In addition, if these are not painted, then oxidization can cause rusting in these areas.

Rust doesn't just come from the metal underneath. The paint has to be protected as well, which is the job of undercoating. There shouldn't be much to worry about if this was done before it leaves the factory. Unfortunately, sometimes dealerships don't do this before they deliver the truck to you.

This area also has issues with wear and tear where water can enter. This could be rusting the mount, which will keep your spare tire in place.

Unfortunately, all trucks may eventually see corrosion below the cab, where it joins with the frame. For those living near salty bodies of water, this is a big concern from occurring early on in life.

When did Ford F-150 change to aluminum?

When did Ford F-150 change to aluminum? In recent years, there have been some significant changes in the truck world. Even though steel is still the most popular choice for trucks, some manufactures have been looking into lighter materials that can still offer protection from rusting.

That's why Ford made the change to aluminum in 2015. The aluminum is supposed to be lightweight to help increase fuel economy. In addition, aluminum is about 1/3 the weight of steel which means the truck bodies can be made thicker to increase the strength of the truck body. 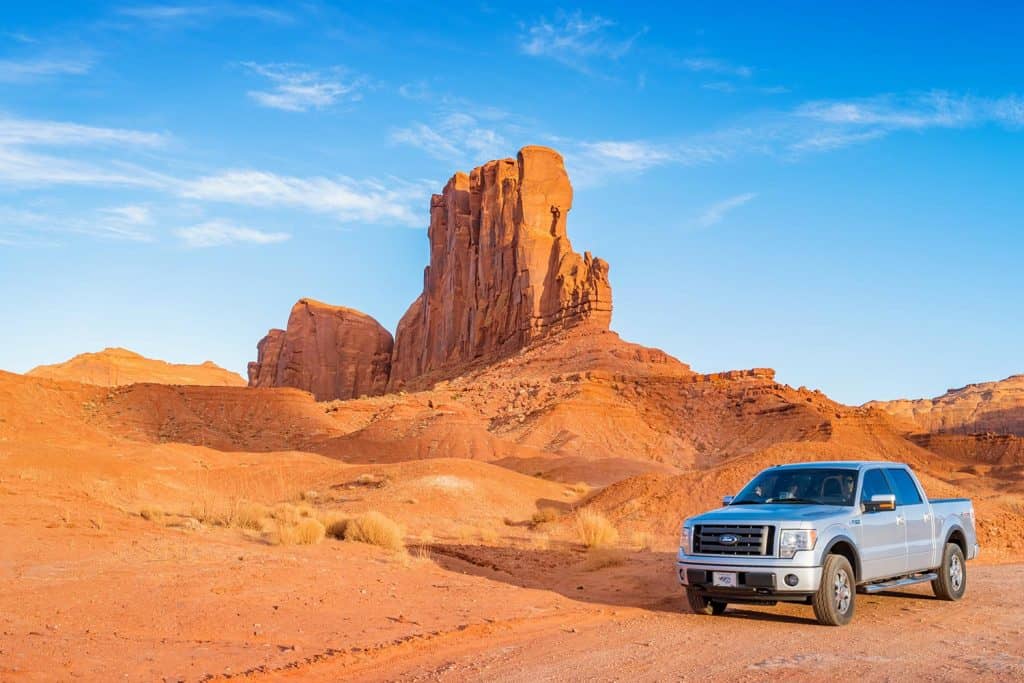 How strong is Ford's aluminum body?

Ford claims that their F-150 aluminum frame is dent, corrosion, and damage-resistant. While it offers a robust fender system to protect from rusting, Ford also gives the option of running beadlock wheels to further increase protection in high wear areas.

The beadlock wheels are designed so you can add a locking ring in between the wheel and tire. This prevents any rocks or mud from getting inside the wheel area, common in off-road situations.

Ford touts that their aluminum F-150 can handle just as much abuse as a steel truck, but there are still some disadvantages to using this material. Nevertheless, it remains strong with higher speeds due to its thicker body.

Ford F-150's have one of the best towing capacities on the half-ton truck market (Eco-boost engine max towing of 13,200lbs), which suggests that the truck bodies and frames are impressively strong. 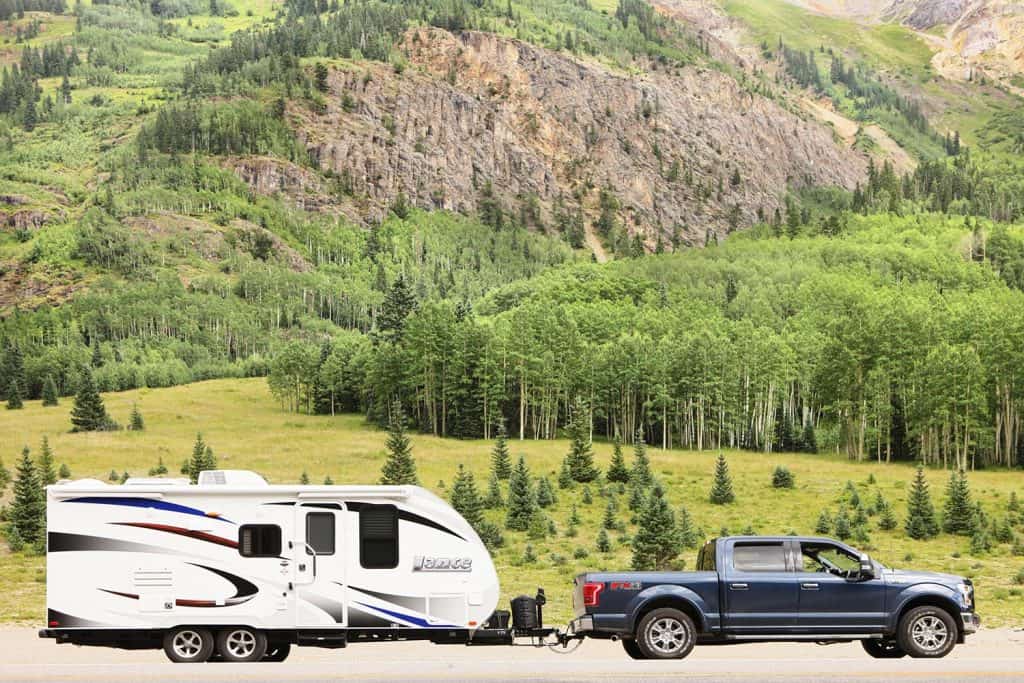 Does Ford have a rust warranty?

While there are complaints about the Ford trucks rusting, there is some coverage to be known about. Ford does offer a corrosion warranty for five years inception. So, for example, if the truck were made in 2021, you would have until 2026 to address the issue. The coverage is if the rusting is due to no fault of the drivers.

The warranty will cover rust on the body aluminum and steel panels. So if you have rust on your truck and you are within the five years, then don't wait and reach out to a Ford dealership right away to address the issue.

Like with any manufacturer, there is a warranty. What's good to know about the F-150 is that rustproofing does not void your warranty if done through an authorized dealer or retailer. However, if you do it yourself and use non-authorized materials such as oil, paint, etc., then this could potentially void your truck's warranty.

Most dealerships offer undercoating as a service when buying a new vehicle, so check with them before proceeding with the service from a third-party vendor.

Even though there has been drama brewing around the Ford trucks and rusting issues, it doesn't mean that it changes that Ford makes exceptional trucks. The F-150 has one of the most extended life spans in the business, so there should be no issues.

If you find rusting on your truck, then contact a dealer to get it addressed. Also, if you live in a place where salting the roads is frequent, it is wise to get your vehicle undercoated!

For more on Ford vehicles, check out these articles:

What Is The Platinum Ultimate Package For Ford Trucks?