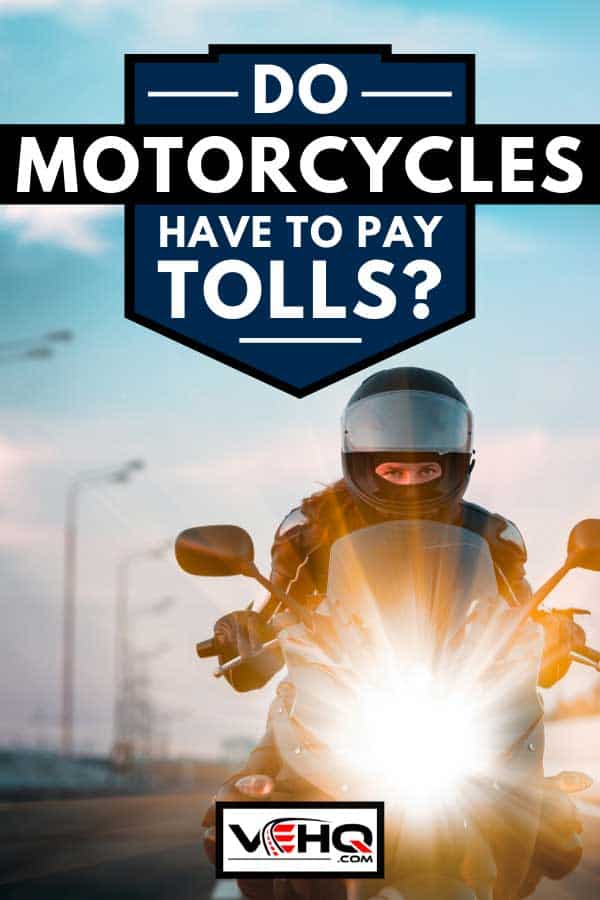 Cruising on the highway on your motorcycle is a great time. It's open roads where you can go as fast as the speed limit allows, barring traffic. But what happens when you come across a toll? Would you need to pay it, or can you just drive through it for free? After doing the research, we've found all the information you'll need regarding paying tolls while driving a motorcycle.

You will usually need to pay for tolls, but in some situations or locations, this won't be the case. Some states allow you to pay using a tag or other form of prepayment.

Continue reading to gain an understanding of how the toll system works for motorcyclists.

Michigan is a state that doesn't have freeway tolls for any vehicle, not just motorcycles. According to the State of Michigan, the money needed for highway construction was almost entirely covered by federal funding. There's no longer a need to have toll roads. However, some of their tunnels and bridges collect toll money.

Other states where you won't have to worry about paying tolls include Arizona, Idaho, Tennessee, Wisconsin, and Montana.

Colorado used to be a state that charged motorcycle tolls, but now isn't always the case. The Colorado Department of Transportation now allows motorcycles to travel express roads for HOV (high occupancy vehicles) for free. No pass or toll tag required except for three major highways.

Toll tags, specifically called highway toll collection transponders, are radio frequency identification (RFID) transponders that get scanned as you go through a toll road or plaza. However, these are designed for cars and trucks, not motorcycles. This makes travel on toll roads difficult for motorcyclists; they have to choose between going through the hassle paying in cash, or getting a tag that wasn't even designed for the vehicle.

While there is no special toll tag for motorcycles, you should highly consider getting one. With it, you can glide through toll plazas much faster, and you won't have to deal with needing to remove gear to pay cash at a toll. Additionally, you could get a discount on the toll costs depending on where you live. This will be covered in the next section.

The tag comes with tape for you to mount it on the windshield. Like we mentioned earlier, these tags aren't made for motorcycles. So how can you use it if it's not easy to use? You don't want to leave it on the windshield because it could easily be stolen while your motorcycle is parked. Some bikes don't even have a windshield to put it on. Some cyclists put the tag in their chest pocket, exposing it just enough to be scanned by the tolls. Doing that means you risk the toll not recognizing the tag; if you don't pay a toll, it can lead to substantial fines, so we strongly advise not placing your tag in your pocket.

Instead, consider getting one of these tag holders for easier travel on toll roads.

This holder is used for any significant toll transponder. It's suction cup attachment makes installation quick and easy on any windshield. You can also adjust its angle with its 360-degree rotating neck.

This modern pass holder is super flexible and strong. It easily attaches to your windshield with suction cups and you can place your toll tag onto the surface with a double-sided adhesive.

Unlike the other two holders, this one mounts to the handlebars no larger than 1.5" in diameter. This holder can be used on a cruiser of any kind.

How Much are Motorcycles Charged for Using Tolls?

There are three kinds of toll systems: open, closed, and open road. Open tolls are where you stop to pay at a toll plaza. Closed tolls are where you pay to enter or leave a road with prices determined by the distance traveled. Open road tolls have electronic toll scanners that can be placed anywhere throughout the highway. Some toll roads use a combination of all three systems.

In the D.C./Virginia/Maryland Tri-state area, there are three major highways with open road tolls: I-95, I-495, and I-395. These roads are known as Express Lanes. To enter, you must drive a 2-axle vehicle with an E-Z Pass, and you will be charged accordingly. (If you're not sure how many axles your vehicle has, read this article next.) Motorcycles, however, won't be charged for travel on these roads even if you have an E-Z Pass transponder on it.

For many other tolls, motorcycles will be charged at the same price as a 2-axle vehicle. That price averages to $5 across the U.S., but toll costs per state vary. The reason behind motorcycles being charged the same as a 2-axle car in most cases is because they take up roughly the same amount of space on the road. Many motorcyclists, like this one from Portsmouth, VA, don't like that fact; they believe because motorcycles take much less space and cause less road wear, they should be charged less than a 2-axle vehicle.

At first, you would think that motorcycles would get a pass from paying tolls due to how little space they take up on the road. Yet they almost always pay just as much as a regular car. You may not have to pay anything in some states or roads. If you happen to be lucky enough to travel in those states, tolls won't be an issue for you. Otherwise, have a few dollars or a toll pass transponder ready for payment.

We hope that you've received all the information necessary to drive your motorcycle on open toll roads. If you're moving to another part of the U.S., refer to our cost guide on shipping motorcycles.