Because trunk space might not always be enough for the cargo you need to put in your vehicle, many car manufacturers install fold-down rear seats in their vehicles. If you need more cargo space and you have or are considering a Nissan Altima, you might be wondering if the Nissan Altima's back seats fold down. We have researched this answer to pull together all you need to know.

All of the Nissan Altimas manufactured in 2013 or later have fold-down rear seats as a standard feature. While there may be slight differences in the way the seats operate, you can release the seats to be folded down with a push of a button in most cases.

We will further explain the procedure for folding out the rear seats and compare this function across the model years so you know how to fold down the rear seats regardless of which year your vehicle is. 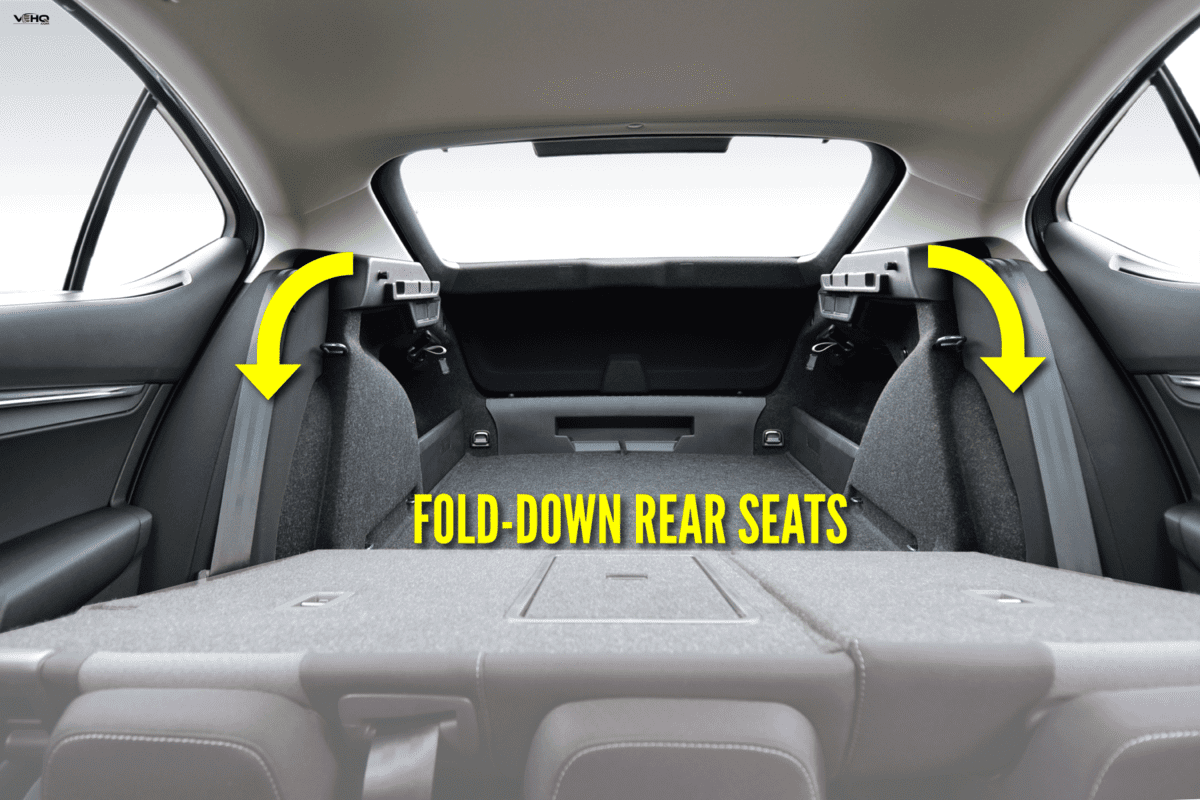 How To Fold Down Your Rear Seats—By Model Year

The Nissan Altima has split rear seats, so you can fold down one side if you choose. Of course, you can fold both sides down as well.

To fold down the rear passenger seat on your 2013 Nissan Altima, follow these steps:

The rear seat behind the driver cannot be folded from the inside of the car. Instead, you have to open the trunk and pull the left strap hanging from the top of the trunk.

Nissan Altimas designed from 2015 to 2018 use the same system for folding down the rear seats. The only difference is that the ability to fold down the rear driver seat from the inside of the vehicle is a standard feature.

Starting in 2019, the rear folding seat system has been changed. If you have a 2019-2021 Nissan Altima, follow these steps to fold down your rear seats:

The 2019-2021 Nissan Altimas allow both rear seats to be folded from the trunk. When you open your trunk, you will see two knobs toward the top of the trunk. Pull the knob that corresponds with the rear seat you want to fold down. 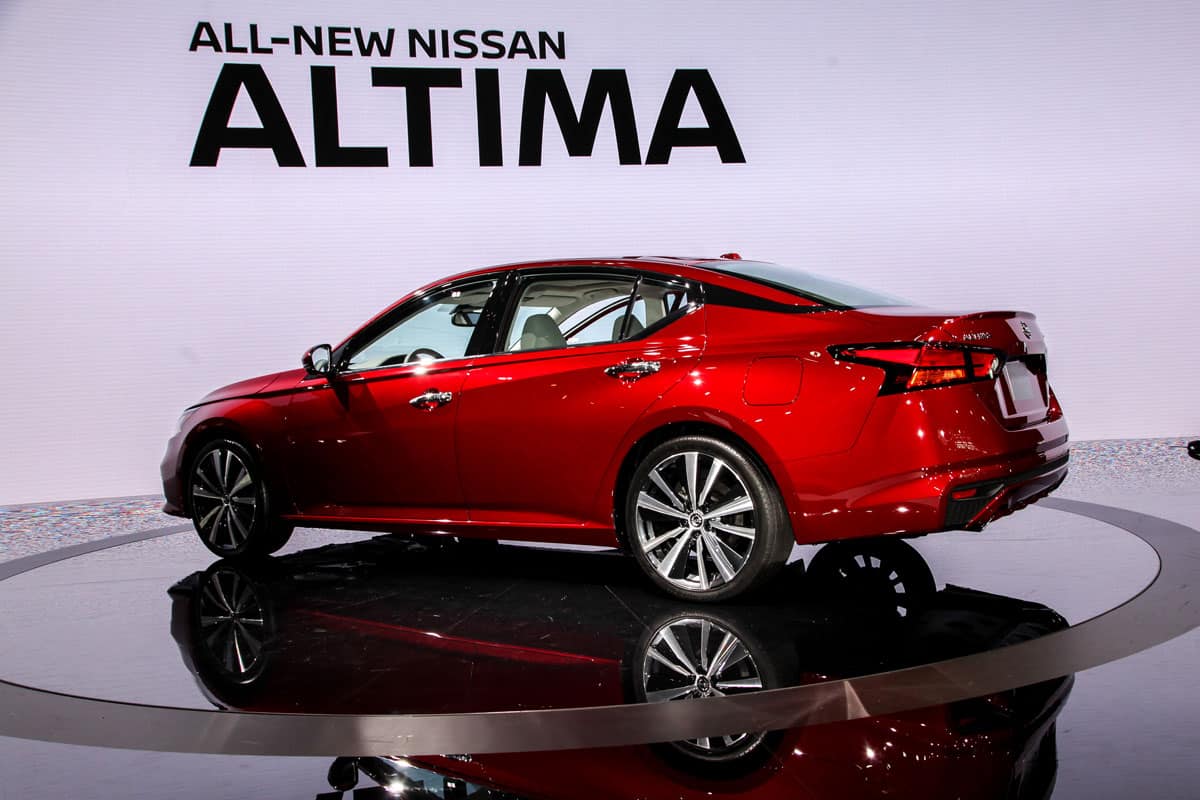 To reduce this risk, Nissan added a feature to some model years that allows you to lock your seats. You can still fold down your seats from the trunk but you will have to have your car keys to do so.

How Do You Take The Back Seat Out Of A Nissan Altima? 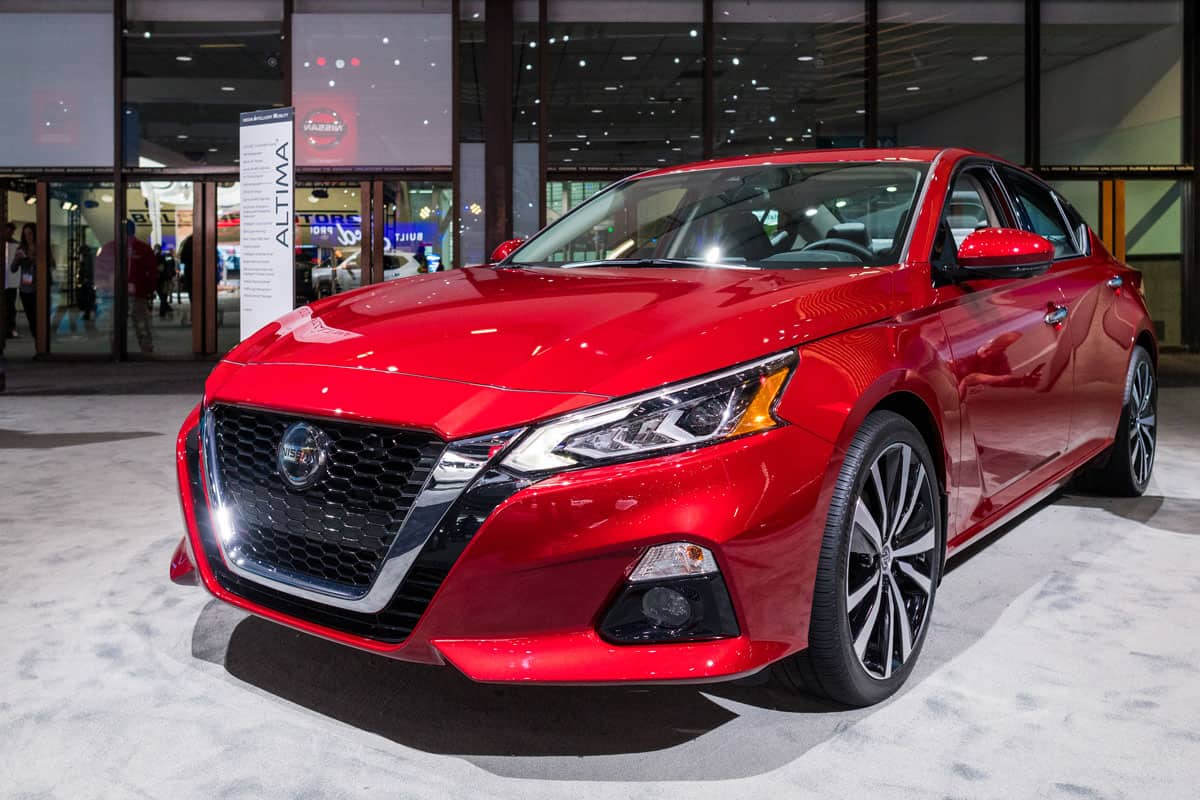 While folding down your rear seats is covered in the owner's manual, information about removing the back seat is not. You may have to rely on repair manuals or consult the dealer for this information.

A Nissan Altima service manual describes how to take the back seat out of Nissan Altimas that were made between 2007 and 2012. Here are the steps the manual outlines:

While you can complete this procedure on your own if you understand the steps and the parts they refer to, don't be afraid to seek assistance from your nearest Nissan dealer or service center. If you want to try it on your own, though, take a look at this video:

While you can still remove the rear seats in the newer vehicles, the process for doing so is a bit different. Here are the steps listed for a 2015 Nissan Altima:

Safety Tips For Removed Or Folded Down Back Seats

Being able to remove or fold down your backseat is convenient. However, you must keep safety in mind when not using your back seats.

People Should Not Sit In The Back

Not too many decades ago, it was common for children to ride in the back of cars or trucks that had no seats. It is dangerous and often illegal to do this now. Before you remove or fold down your rear seats, make sure there is sufficient room for everyone you are transporting to be able to sit in a seat.

No Carseats In The Front

Drivers of trucks and two-seater cars have no choice but to put their child up front in their car seat. However, this should be avoided when possible. If you must put your child up front, be sure that the car seat fits safely in the front seat.

Is The Nissan Altima Roomy? 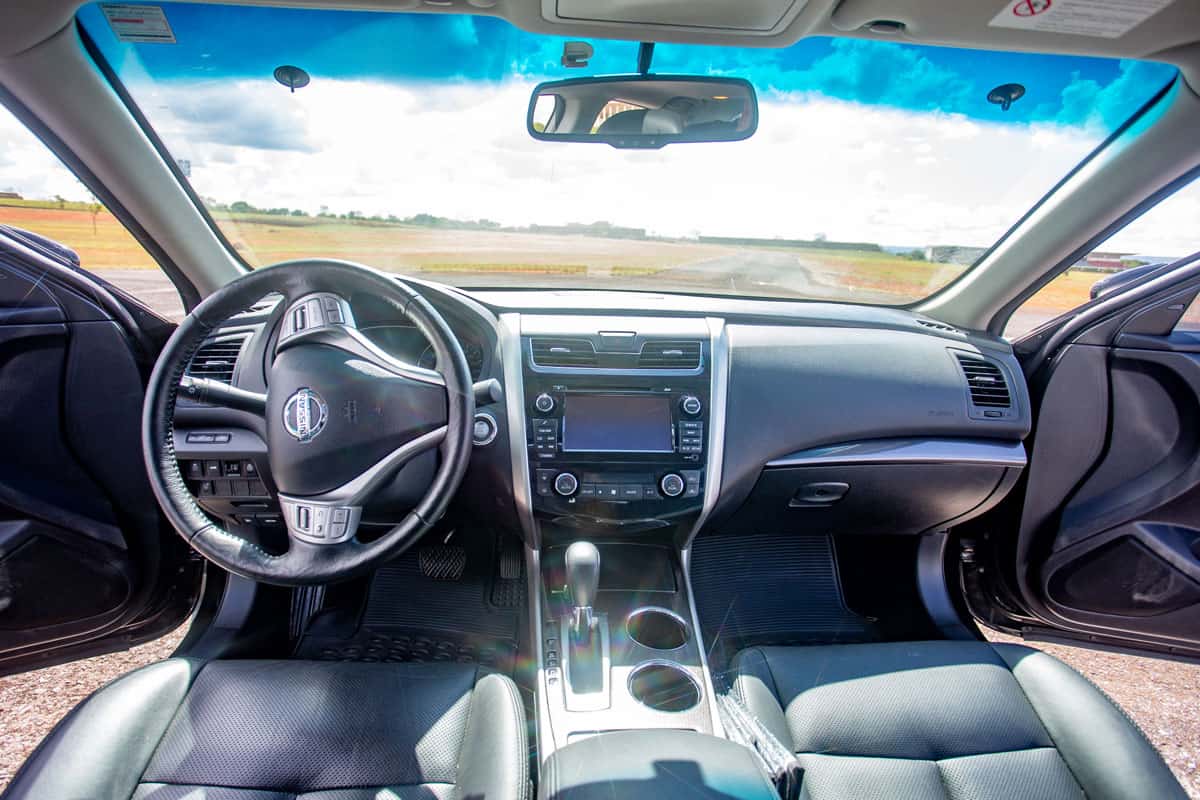 While some car experts describe the Nissan Altima as comparable to the other midsize vehicles on the market, some experts and consumers are impressed by the space provided.

Nissan USA announced that starting with the 2013 models, the Nissan Altima was equipped with zero gravity seats. This paired with the fact that the seats are padded makes the Nissan Altima a good candidate if you are looking for a car with comfortable seating.

How Big Is The Trunk Of A Nissan Altima?

Nissan USA lists the trunk capacity as 15.4 cubic feet. It measures 40 inches deep by 37 inches wide. This measurement is comparable to other similar-sized cars.

The layout of the trunk affects the amount of available cargo space you have in your vehicles. The trunk's hinges take up room, decreasing the amount of cargo space. In addition, the rear seats offer more space but make it difficult to sore large items since they do not lay flat when they are folded. 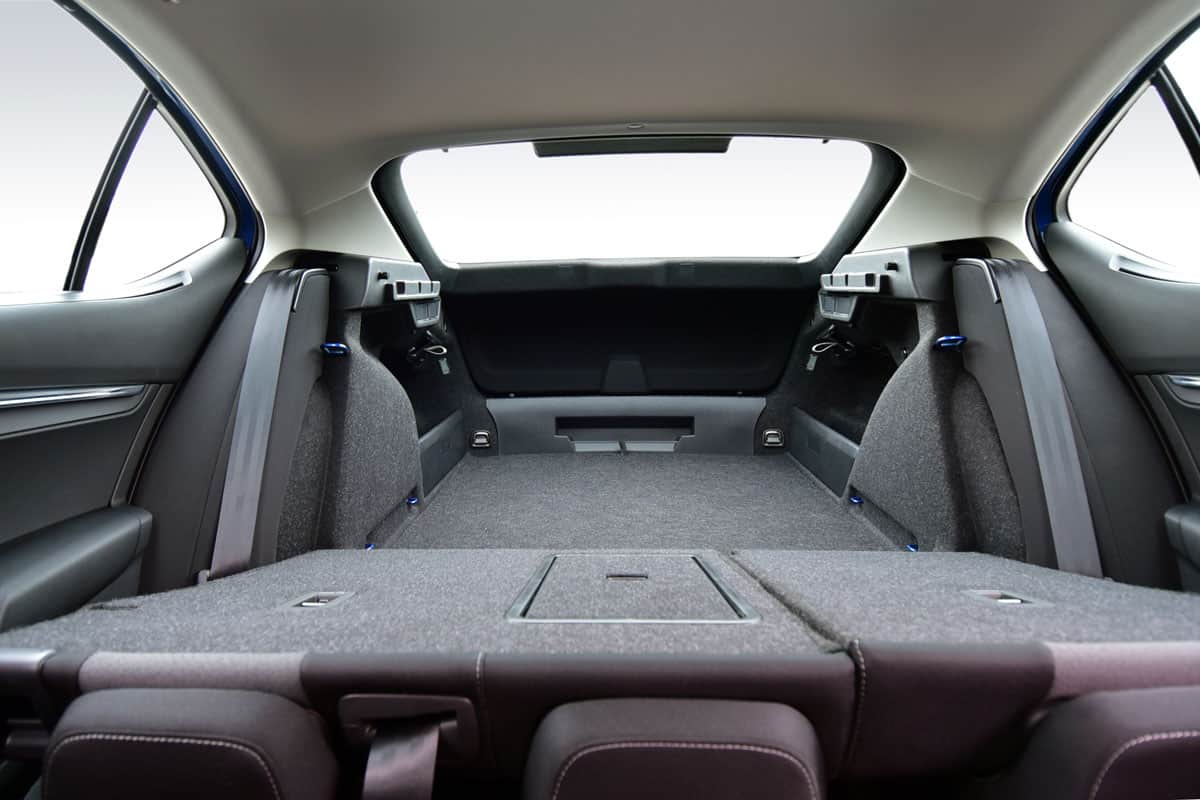 Nissan Altima designed their folding rear seats to be easy and convenient enough for frequent change. Most model years allow you to choose between folding down seats from the inside of the vehicle or through the trunk. There are subtle differences in the processes and features by model year, so be careful to keep your owner's manual handy.

Take a look at these articles to compare seating options across some of Nissan's most popular models.:

Do Nissan NV Seats Recline Or Fold Down?

Does the Nissan Rogue Have 3rd Row Seating? 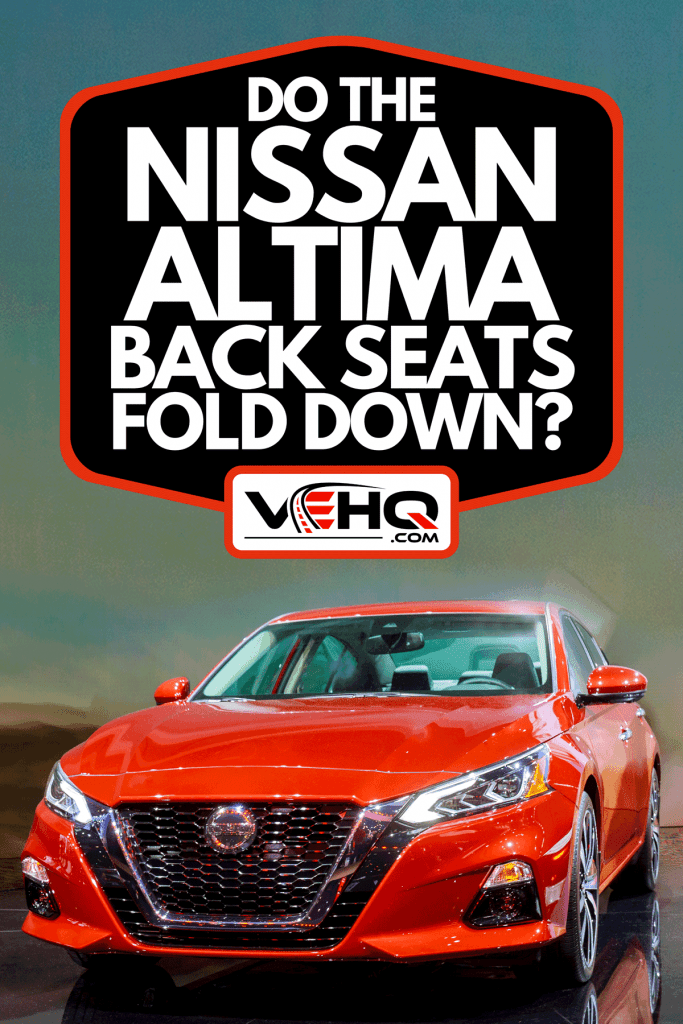