At-home science experiments can be a lot of fun. People have found interesting ways to repurpose objects from around the house for these experiments, each one more creative than the last. If you have a few old tires lying around your garage, trying them out in the water can be a fun activity. Will these tires float? We researched the science behind buoyancy and density, so you'll have a definitive answer.

Depending on how you place a tire into the water, it will float. Setting it on its side will enable the tire to float.

Now that we know that tires can float in water, we'll look a bit closer at the science behind why they will float. You might also be wondering how long a car will float in water, or what might happen if your car tires were filled with water instead of air. For these answers to these questions and more, read ahead in this post to see what our research has uncovered. 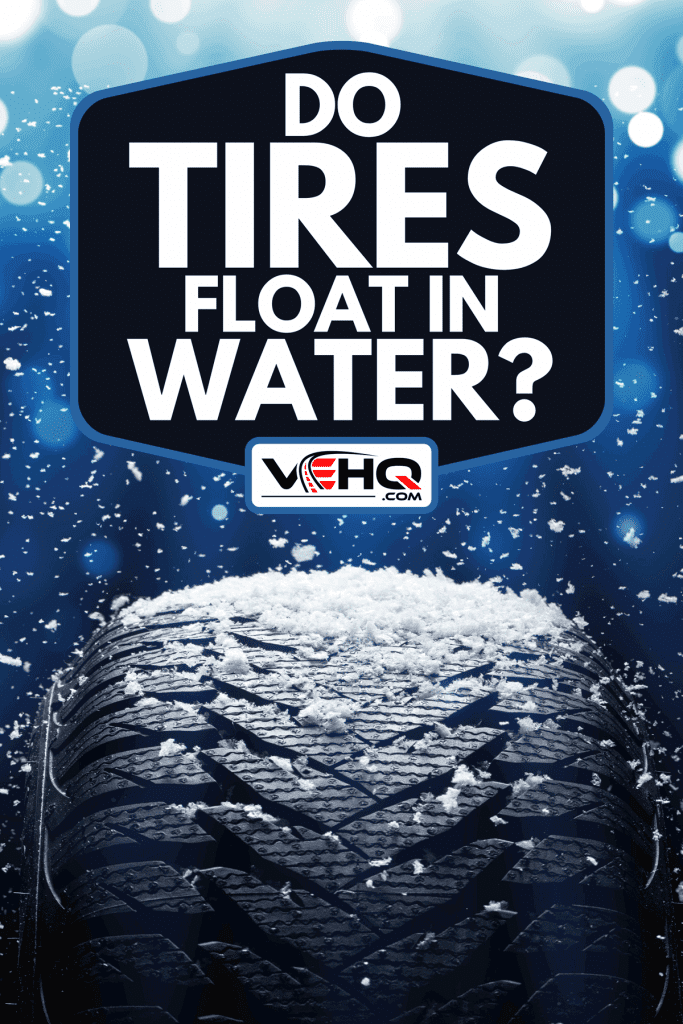 Buoyancy is the ability or tendency to float in water, air, or some other fluid.

Density, a physics term, is defined as the degree of consistency measured by the quantity of mass per unit volume. So what does this all mean, and how do we apply it to figuring out whether or not a tire will float in water?

The science behind why an object will float or sink has to do with density. Since molecules make up all matter, it's important to know that how loose or how tight the molecules pack together to impact how dense an object is.

It has to be less dense or lighter than the atmosphere you place it in for something to float. Helium is less dense than our own oxygen-rich air, so a balloon filled with it will float. A brick, for example, is denser than our atmosphere, so it stays on the ground.

You use the same science to determine whether or not an object will float in a body of water. If the object is less dense than the water molecules, it stays afloat. If it's heavier, it sinks. This is where an ancient Greek named Archimedes comes into the picture.

We know that for an object to float, it must be less dense than its atmosphere. When an object is placed in a body of water, buoyancy comes into play. So what is buoyancy? For that, we look at the Archimedes Principle.

The Archimedes Principle states that the buoyant force acting on an object is equal to the weight of the volume of fluid displaced. For a floating object, the upward buoyant force must balance the downward force of the object’s weight.

This is because air is much less dense than the water, making the buoyant force from the water balance the weight of the object on its surface.

How long will a car float in water? 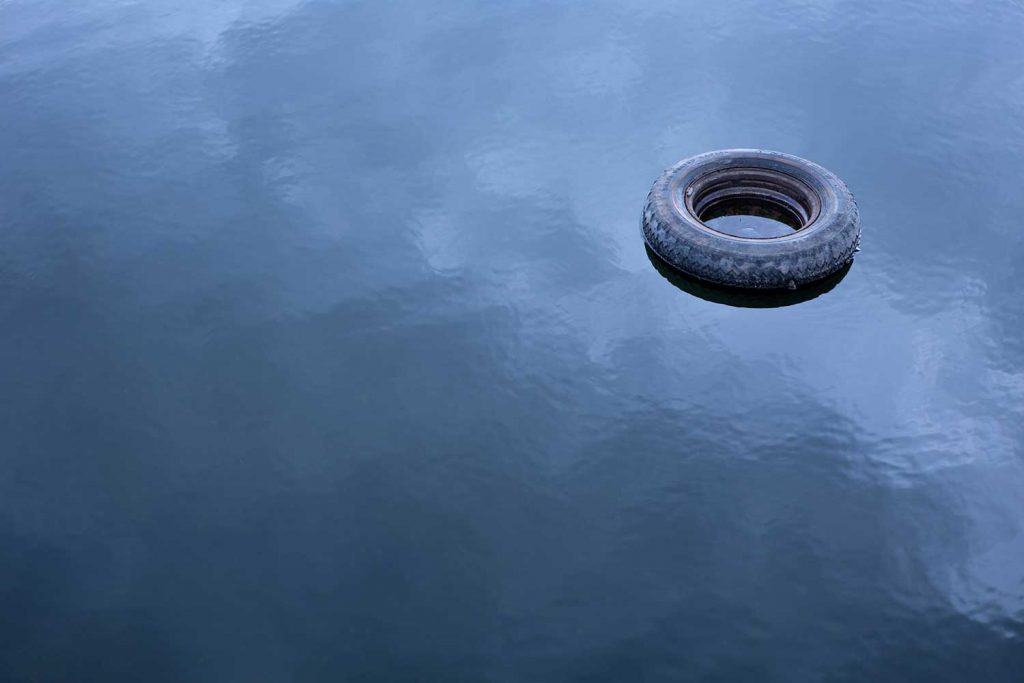 If you are ever unlucky enough to drive your car into a body of water, you'll figure out pretty quickly if your vehicle floats or not. Rather than try this out for ourselves, we can rely on science to give us the answer.

Remember that Archimedes Principle states that an object will float if the buoyant force acting on it from the water is equal to the amount of water the object displaces. As a car with a cabin full of air fits that requirement, the car will float. But for how long?

Vehicles are not airtight by any means. Even if your doors and window have the best seals in the world, there are lots of other ways that the water outside your car will seep into it. As water is heavier than air, the waterlogged car will begin to sink.

Just how long a car will stay afloat on top of the water depends on the car model, the body condition, and the mass of the occupants inside the cabin.

Generally speaking, a car will stay on top of the water for between 30 seconds and two minutes. This will (hopefully) give you plenty of time to put down a window and crawl out to safety. 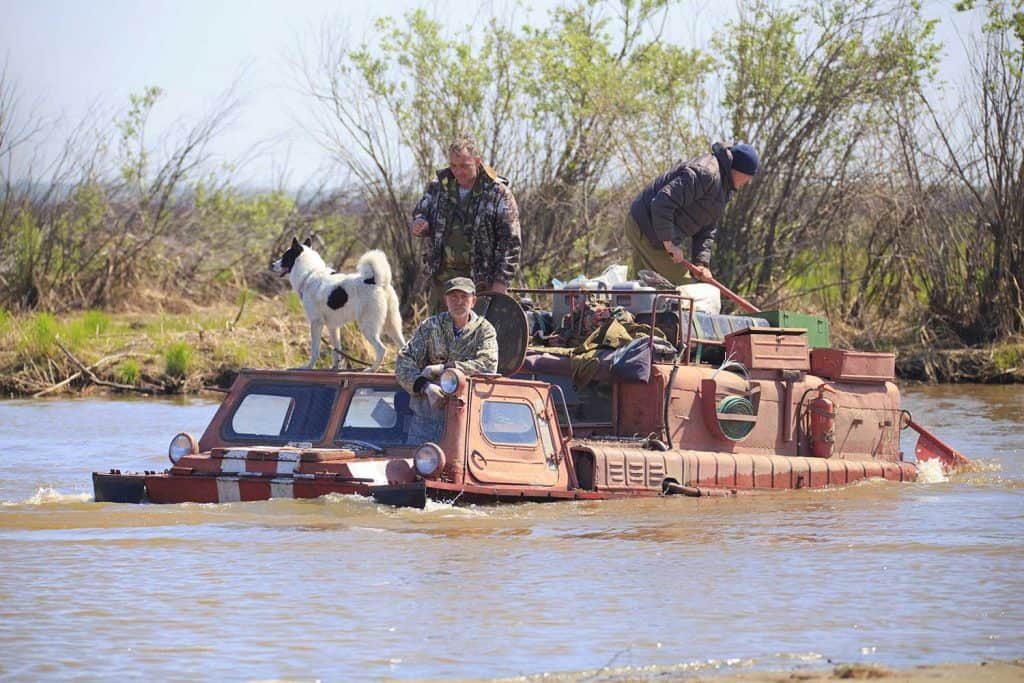 What would happen if you filled car tires with water?

Filling a vehicle's tires with water will not make it undrivable. Experiments where people have attempted this have shown that the added weight of the water makes the drive a little sluggish, but still mobile

Drivemag made a video showing what will happen if you fill car tires with water and take them for a drive. The producers of the video remarked that you feel a lot more of the bumps in the road, as the tires aren't able to absorb as much of them.

They then decided to see what would happen if they did burnouts with water-filled tires with high-performance cars.

The water acted as a cooling agent inside the tires, keeping them intact. In fact, they stayed intact for so long that the rotors were glowing with the heat from the spinning tires.

What kind of rubber are tires made from?

Years ago, automotive tires were made from all-natural rubber. This material was harvested from the Hevea Brasiliensis, most commonly known as the rubber tree. Today, tires are made with a combination of 40% real rubber and 60% synthetic rubber. Why the change?

Most of the world's rubber trees are in eastern and southeastern Asia. During WWII, Japan had taken over the vast majority of the territories in which rubber trees grew.

Allied nations needed to find a quick substitute. So, synthetic rubber was produced by using petroleum-based hydrocarbons. Latex was added to give the synthetic material more elasticity.

After the war, tire manufacturers continued to use synthetic rubber as the main component in tire manufacturing. Real rubber is a better material overall, as it has better grip and will decompose much faster.

This is why it is kept as a secondary material in production. But it's far less of an expense to use synthetic rubber, prompting manufacturers to keep producing it. 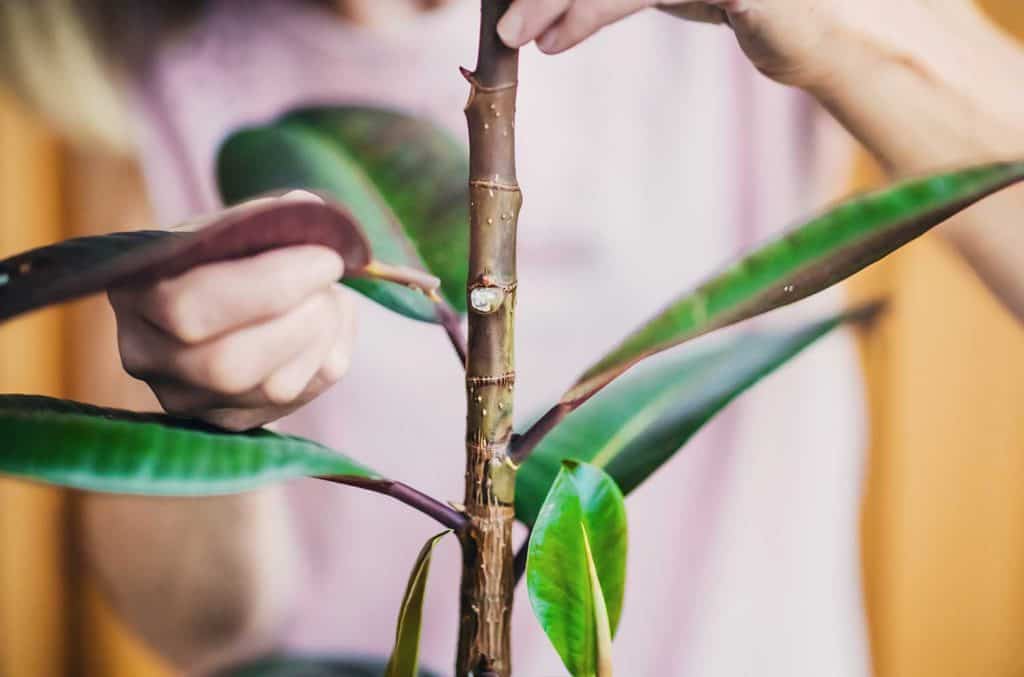 Are General tires as good as Michelin?

Both General and Michelin brand tires are well-known among consumers, and have been two of the most popular tires to be placed on U.S. vehicles.

General and Michelin have produced tires that have each been highly rated among consumer groups, and are consistently rated near, or at, the top by Consumer Reports.

In 2018, Consumer Reports rated Michelin's Cross Climate+ as the top all-weather tire, due to the incredible grip this tire's rubber has on the pavement. But in the same report, this company rated General's Altimax RT43 as the best all-season tire.

Archimedes Principle gives us a lot of information about what will float and what will sink. Using this principle, we know that car tires will float and that a car will stay afloat for a short period of time.

There are a lot of ways to safely experiment with buoyancy and density at home or at school. Or you can see the results of other individual's experiments that have been posted to the internet.

If you found this post on tires to be informative, we believe you'll enjoy reading the following automotive posts:

Do You Need Car Keys To Tow A Car?

Here’s Why Driving with Bald Tires Can Kill You

Driving with Low Engine Coolant – is it Safe?