When you are in the market for a vehicle with a substantial amount of horsepower but don't want to be dragged down by high fuel costs, V6 engines fit the bill. However, due to some criticism in the past, you may question whether V6 engines use a lot of gas. We researched what various experts had to say about V6 engines and fuel efficiency. Considering how many car brands rely on V6 engines, this engine is not so much of a gas guzzler that it's fallen out of favor.

The range of miles per gallon offered by the V6 engine depends on the manufacturer and vehicle it drives. However, expect a V6 to have a rating of 25 to 29 MPG. The V6 engine is a favorite with drivers because it provides more horsepower than a 4-cylinder and uses less gas than an 8-cylinder.

Do shop around for a car with a V6 that offers the best bang for your buck when filling up the gas tank. Learn more about fuel efficiency, V6 engines, and comparisons to other engines for vehicles in this post. Without further ado, let's get into it! 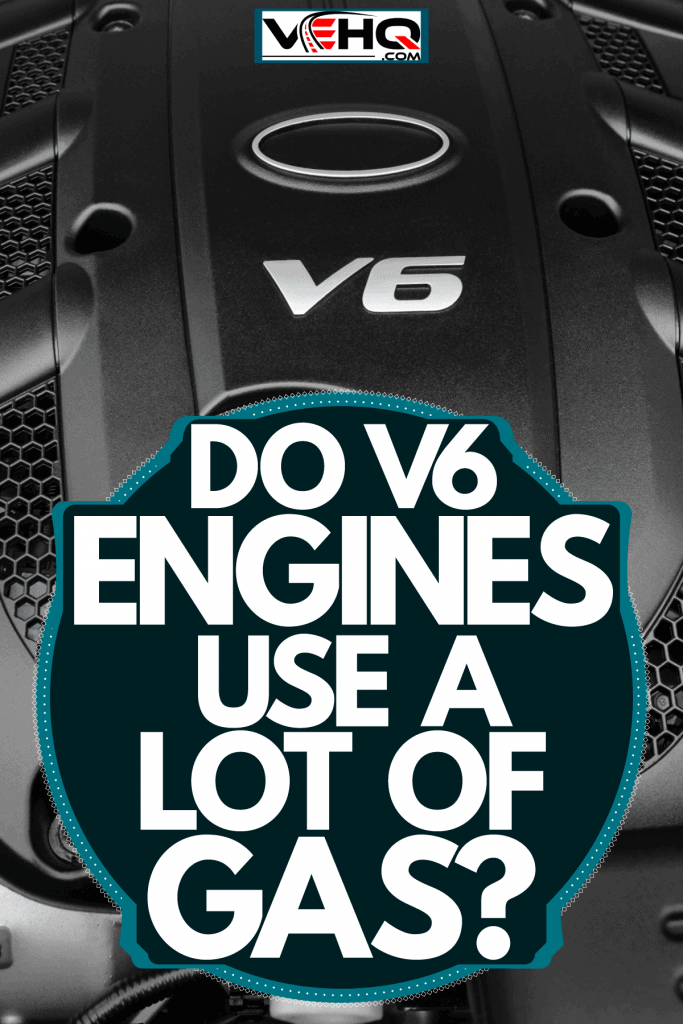 Many drivers love the V6 because it offers the capability of opening up a vehicle via on-demand performance.

Note, a solid V6 engine is as fuel-efficient as the average 4-cylinder engine but responds faster to the gas pedal with acceleration and produces more power quicker.

Comparing engines, the most economical solution is a 4-cylinder engine, but a V6 is a slight step above and needs less gas than a V8. Overall, drivers choose V6 vehicles because it is the best balance of power and fuel efficiency. 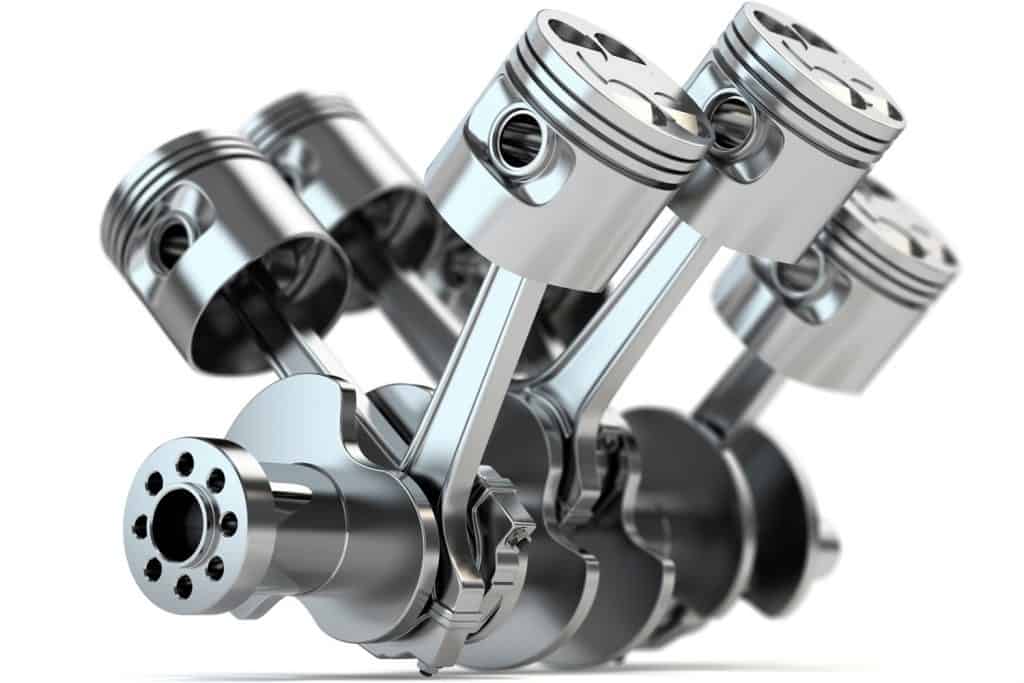 Depending on the model, you can expect most vehicles with a V6 to accelerate from 0 to 60 within 6 to 7.5 seconds. Usually, a V6 guzzles more gas than a 4-cylinder, but newer models are more efficient and require similar amounts of fuel for similar performance.

V8 engines are the most fuel-dependent for MPG, but the trade-off comes with even greater power and faster acceleration than the V6.

Although some owners feel that a V6 requires premium gas to be at optimal performance and delivery, it is not necessary. Over time, the V6 has been modified and improved upon to increase fuel efficiency, MPG, lifespan, and performance.

The V6 engine has come a long way and continues to persist despite increasing drivers and vehicle manufacturers reducing gas-powered vehicles and switching to alternative fuel sources.

Many newer models are beginning to use inline-six engines over the V6 engine. However, the V6 engine still has its benefits.

The V6 engine may be passed up for turbocharged 4-cylinder engines, but the V6 maintains its standout qualities. Note, the appearance of a V6 has two rows of offset banks or cylinders, forming a 'V' shape.

A V6 can be mounted lower than an inline-six and has a lower center of gravity, a compact shape, and can be installed in a wide range of vehicles.

A 60-degree V6 offers the most balance and improved vibration cancellation compared to a V6 with a 90, 120, or 180-degree layout.

Due to the design of the average V6, valves, camshafts, counterweights, and balance shafts must be added to keep it smooth and reduce vibration.

Inline-six engines have less vibration than the V6 and are less complex to rebuild and work on. The V6 still maintains its popularity in sedans and trucks.

Does A V6 Use More Gas Than A 4-cylinder? 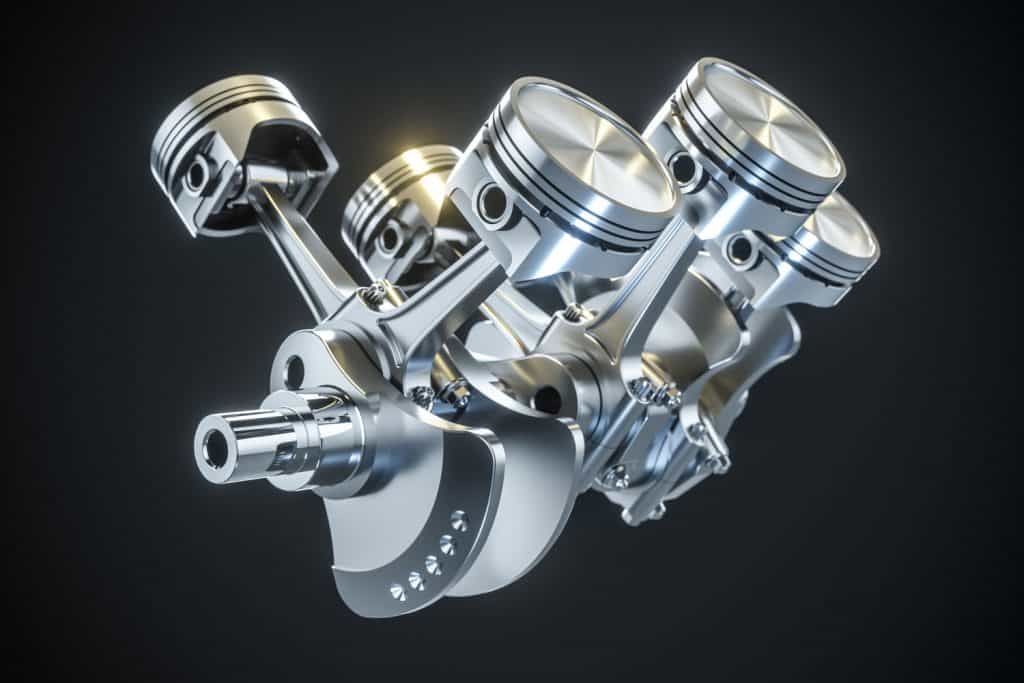 The more cylinders an engine has, the more fuel it will consume. However, regarding the V6 engine, some types designed to be more fuel-efficient are nearly on par with a 4-cylinder.

Keep in mind, the benefit of a V6 engine is that it provides greater horsepower and improved performance compared to a 4-cylinder.

Typically, a V6 will rely on more gas than a 4-cylinder. Do your diligence and check on the MPG for various cars and included engines. Note, a smaller engine will require less gas, as well as engines that are not designed for performance.

Seek to optimize your engine's performance and maintain your vehicle to get the most value and MPG from your ride. Modern V6 engines are designed for optimal fuel efficiency, on par with the same MPG of an average 4-cylinder.

How Many Miles Per Gallon Does A V6 Get?

The MPG for a V6 depends on its size, design, and the make and model of the vehicle it powers. Check out the following stats for several vehicles to show the MPG range for a V6.

For most vehicles with a V6 engine, expect a range between 17 MPG and 30 MPG depending if it is driven in the city or on the highway.

Vehicles with an engine that is designed for fuel efficiency will offer a higher MPG. How one drives and maintains their car and engine will also impact the need for gas and mileage.

Some owners of vehicles with a V6 engine may swear on only filling up with premium gas. However, there is no need to use premium at the pump.

Save some cents and still enjoy quality performance and horsepower from your V6 engine with regular gas.

Don't believe it? The AAA conducted a study on cars outfitted with a 4-cylinder, V6, and V8 engine using regular and premium fuel. No significant difference in performance, horsepower, or fuel economy, or tailpipe emissions was evident.

Now, if you drive a luxury vehicle with a high-performance engine, you may want to select premium fuel. Also, you may want to spend more filling up the gas tank if your car's owner manual suggests premium only.

Otherwise, put your money to better use on your car in other areas than premium and feel comfortable using regular fuel.

If you desire a car with faster pickup in a span of 0 to 60 seconds, look for a vehicle with a V8 engine. V8 engines provide a lot more horsepower and accelerate much quicker than a V6.

However, there are some drawbacks. V8 engines will consume more fuel than a V6, and engines with more than one camshaft have come under fire.

Some of the best ranked V8 engines in vehicles include, but are not limited to, the Ferrari F106 V8, the Mercedes AMG 'Hot-V, and the Ford Flathead V8.

Is A 4-cylinder Turbo Faster Than A V6?

The desirability of a turbocharged 4-cylinder is because the exhaust gets forced back into the cylinders, creating an explosive amount of energy that builds more horsepower than larger engines.

The V6 engine is naturally aspirated, using air and fuel to power forward, and it produces a lower RPM torque than a turbo 4-cylinder.

Another reason beyond power and speed, drivers seek out an I4 or turbocharged 4-cylinder because it costs less than a V6 or V8.

Many SUVs, sedans, and trucks use turbocharged 4-cylinders instead of V6 for lower cost and fuel efficiency for equivalent power of a larger engine.

Keep in mind that a vehicle outfitted with a turbocharged 4-cylinder can tow an average of 6,000 to 7,000 pounds.

We hope you discovered some interesting and helpful information about the V6 engine. The V6 is a stable, dependable engine that balances fuel efficiency, horsepower, and handling.

The V8 may have faster acceleration and more power than a V6, but it has undergone scrutiny and supply chain problems.

The V6s, like most modern gas-powered engines, are designed to last over 100,000 miles. If you desire a vehicle with an engine that offers a modest MPG, horsepower, and stability, consider the V6.

Before you leave, why not check out the following articles that might be of interest:

6 Of The Best Oil Additives For High Mileage Engines