If you're in the market for a truly special car, you may be looking at the practicality of an Acura NSX. The NSX is advertised as the "everyday sports car." Its goal is to combine the bells and whistles of a supercar with the day-to-day use of a regular vehicle. So, when searching for a sports car, is a back seat important? Is the promise of a daily luxury experience worth the six figures of the Acura NSX? We've tracked down the answers to these questions and more!

All Acura NSX models are two-seater vehicles with no back seats. NSX is the only Acura model that does not have four doors or seat at least four people. It's also Acura's only sports car.

Are you still trying to decide if the NSX is the supercar for you? We've got you covered. This article will give you specs on the interior and speed of the Acura NSX and alternatives if a two-seater sports car just isn't for you. 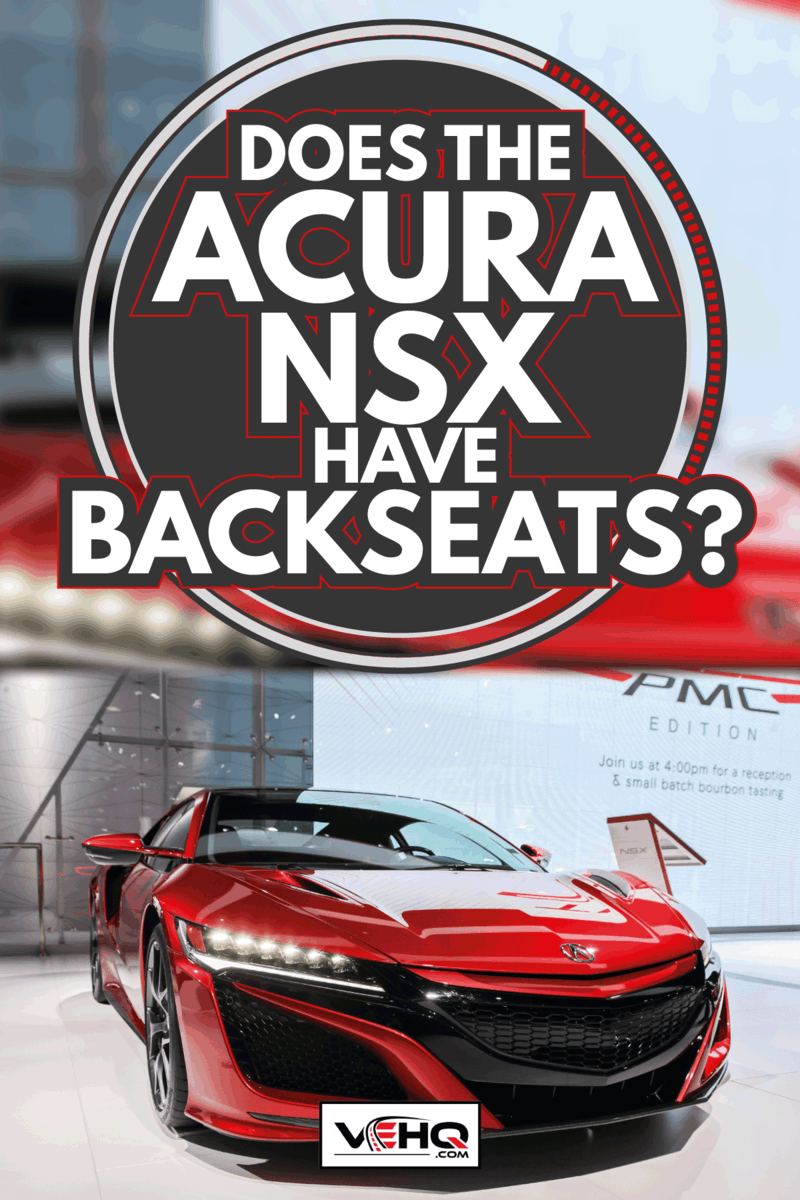 The Acura NSX is a luxury sports car that has been in production since 1989. Also known as the Honda NSX, the Acura was re-badged in the United States. Honda chose to re-badge to differentiate the branding and cost of the luxury vehicle versus the traditional Honda.

NSX set out to do one thing better than other supercars —be a comfortable, everyday sports car. By combining the sound and reliable mechanics of a Honda with the speed, drivability, and look to compete with exotic car brands, Acura NSX became an ultimate piece of automotive history with its first-generation model. 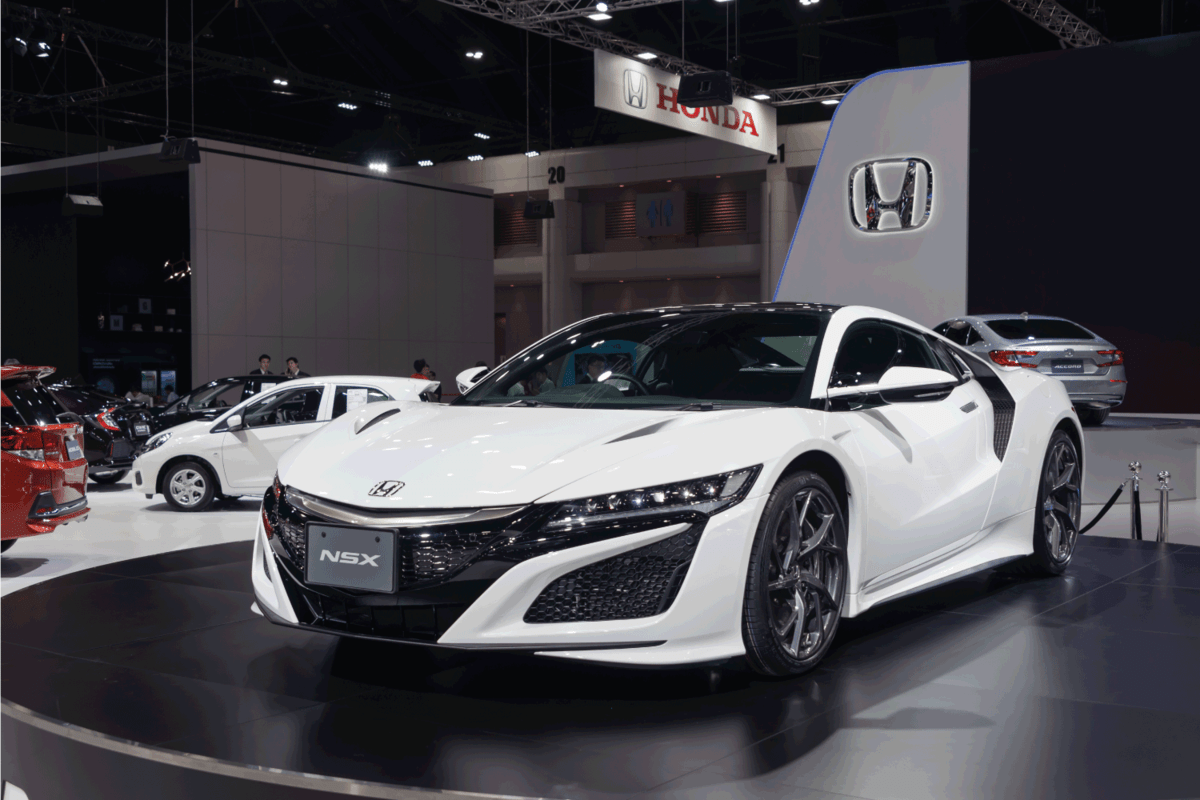 Today's models, like the 2022 Acura NSX Type S, aim to create the awe that came with the original NSX. The Type S now features a twin-turbo aluminum alloy hybrid engine that maintains the same level of excellent drivability and comfortable luxury.

With only 350 of these Generation 2 Type S models being produced, Acura has continued its precedent to build on its original model. That includes the exclusion of back seats.

Does the Acura NSX have back seats?

The Acura NSX is strictly a two-seater. Unlike some sports cars with enough space to fit a bag or two behind the seats, NSX does not. This lack of a back seat is due to the NXS being a mid-engine vehicle.

Just like it sounds, mid-engine vehicles have their engine in the middle of the car. While the front, rear, and mid-engine cars have benefits and drawbacks, the mid-engine is often a go-to for sports cars.

Mid-engines sit behind the driver and passenger seat, which results in no back seat and smaller cargo space. However, like many sports cars, this engine location provides better traction and weight distribution.

However, this lack of seating and cargo space doesn't mean the Acura NSX lacks comfort.

Can I fit in an Acura NSX?

Acura created NSX to perform like a supercar but be user-friendly for daily use. This includes spacious and heated seats, soft leather, and four-way adjustability for the driver. Where the outside looks like a true sports car, the inside is far from cramped.

Roomy seats mean Acura built this vehicle to accommodate tall drivers as well. If you are 6 foot, 6 inches, or shorter, you can comfortably drive or ride in the Acura NSX.

Since this is a sports car, having a low center of gravity is important for keeping the car on the ground. If you are tall, the 3.7-inch ground clearance may give you pause. But once seated, you'll find the space agreeable.

What is Acura's fastest car? What's its top speed?

The NSX is easily Acura's fastest car. The Type S model boasts a speed of 191 miles per hour, going from 0 to 60 in just three seconds. Not only is this the fastest NSX model, but it also surpasses Acura's other models in take-off time by two nearly seconds.

Acura's NSX is a standard in its category, and the original model will always be a legacy. But how does it stand up to other popular vehicles? Let's look at similar sports cars to see where the Acura NSX fits with the competition in the areas like speed and start-up. 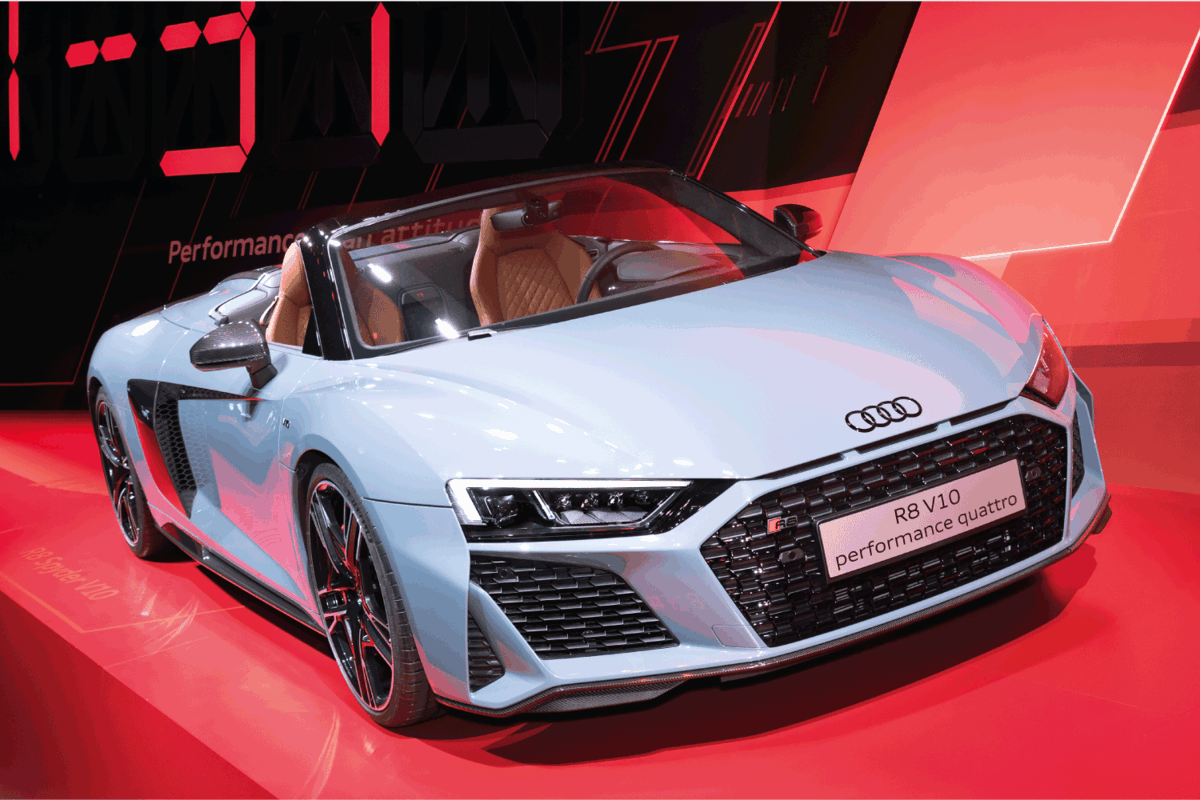 The Audi R8 coupe is the true luxury car to compete with the NSX. True luxury simply means a high-priced supercar that is worth every penny from interior to design.

NSX beats the R8 by .01 seconds in take-off time at 3.2 seconds. However, the Audi R8 is a clear winner topping at 205 miles per hour when it comes to top speed.

Chevrolet outdid themselves with this Z06. It's the first of its model with a mid-engine and the fastest yet. This Corvette reaches a top speed of 200 miles per hour and reaches 0-60 in 2.7 seconds.

The Z06 also advertises its roomier than most competitors, and it can be less than half the price of the NSX. 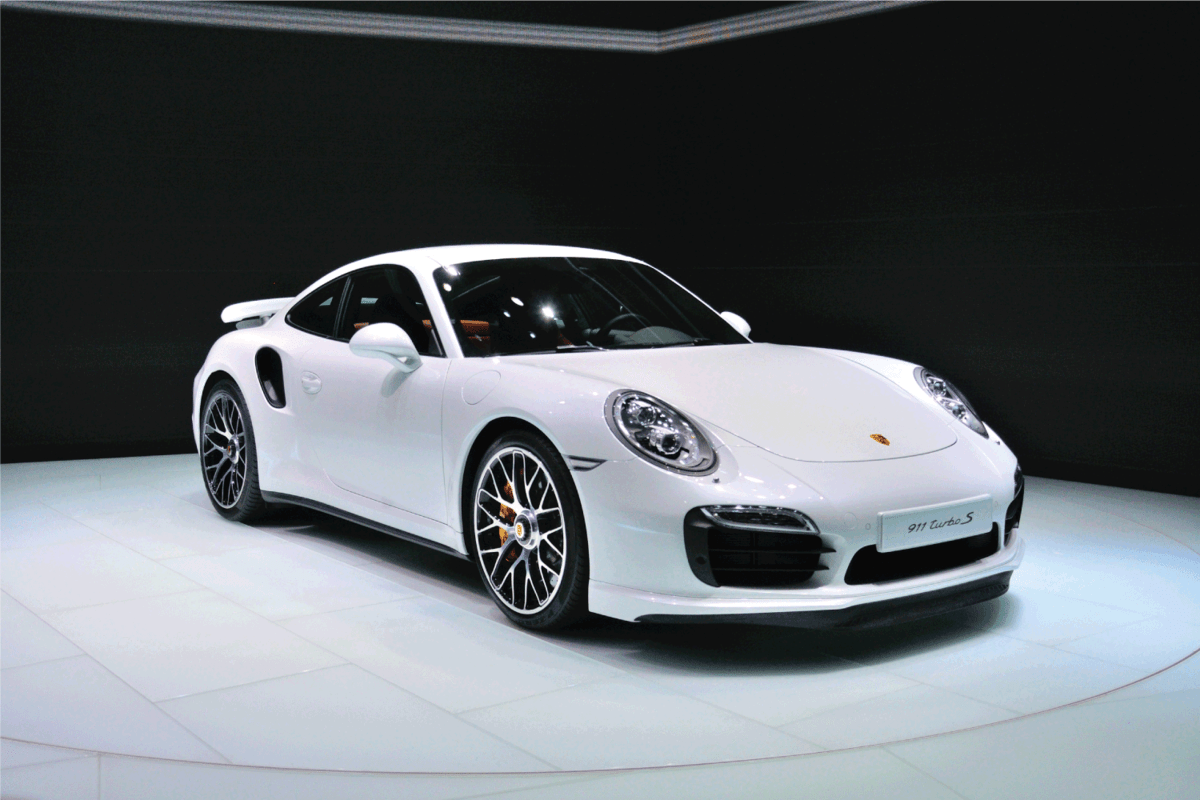 The 911 is one of NSX's biggest competitors, which is impressive if you remember that Acura is a re-badged Honda and Porsche is considered a high-class exotic vehicle.

This Porsche prevails in speed and start-up, reaching 60 miles per hour in 2.6 seconds and topping speed at 205 miles per hour. It also has back seats if the two-seater isn't for you.

The 911 Turbo S will cost a minimum of $50,000 more than the Acura NSX. Porsche tends to prove their cars are worth the price tag.

Is the Acura NSX worth it?

The Acura NSX is an anomaly. It's obviously a supercar, but comparing it to names like Porsche can seem like uneven playing ground.

The goal of the NSX was speed, F1 racer-approved drivability, and to be an everyday car. It checks a lot of boxes in both the sports car and everyday vehicle categories.

At its best, the NSX is a well-crafted, comfortable, and economically conscious car — a true hybrid of an everyday car and an exotic model. At its worst, it's a fast sports car, but not the best in the category.

With all that said, is the Acura NSX worth the six-figure price tag? Here are the pros and cons to help you decide.

There are a lot of reasons to purchase an Acura NSX. Let's look at some of the top praises about this vehicle:

This car was created on a racing backbone with speed and handling in mind. Formula1 driver, Ayrton Senna, test drove the NSX before its initial release.

Senna's critiques of the chassis and suspension, among others, were put into consideration before the car was mass-produced. What resulted was a vehicle that received rave reviews on balance and handling, aerodynamics, and speed.

More drivers have become environmentally conscious about their CO2 emissions and economical driving. In turn, sports cars have turned to components like hybrid engines to meet those needs.

The NSX gets mileage help from its hybrid engine with a combined city and highway EPA rating of 21 miles per gallon. This is on par with similar hybrid sports cars. This is a positive because it's a sportscar moving in the right direction to being economical and environmentally aware.

There are interesting design elements that make this vehicle stand out. As we mentioned, the Acura NSX is a two-seater but provides a comfortable amount of room inside. Another reason to love the cab of the NSX —it was designed after the cockpit of an F-16 fighter jet.

The F-16 has a domed glass cockpit for 360-degree visibility, and the NSX mimics this in its cab. With large and slightly domed glass around a majority of the car's cockpit, the driver has ample visibility and maneuverability.

The Acura NSX was also the first mass-produced car to feature an all-aluminum body. The plus side to this aluminum body is that the vehicle was hundreds of pounds lighter.

Now let's look at some complaints drivers have had about the Acura NSX:

The limited release of the NSX isn't a negative in terms of function. However, the exclusivity of the company only producing 350 of these vehicles worldwide creates a demand. Demand doesn't only mean it will be hard to get your hands on; it also means a higher price tag. 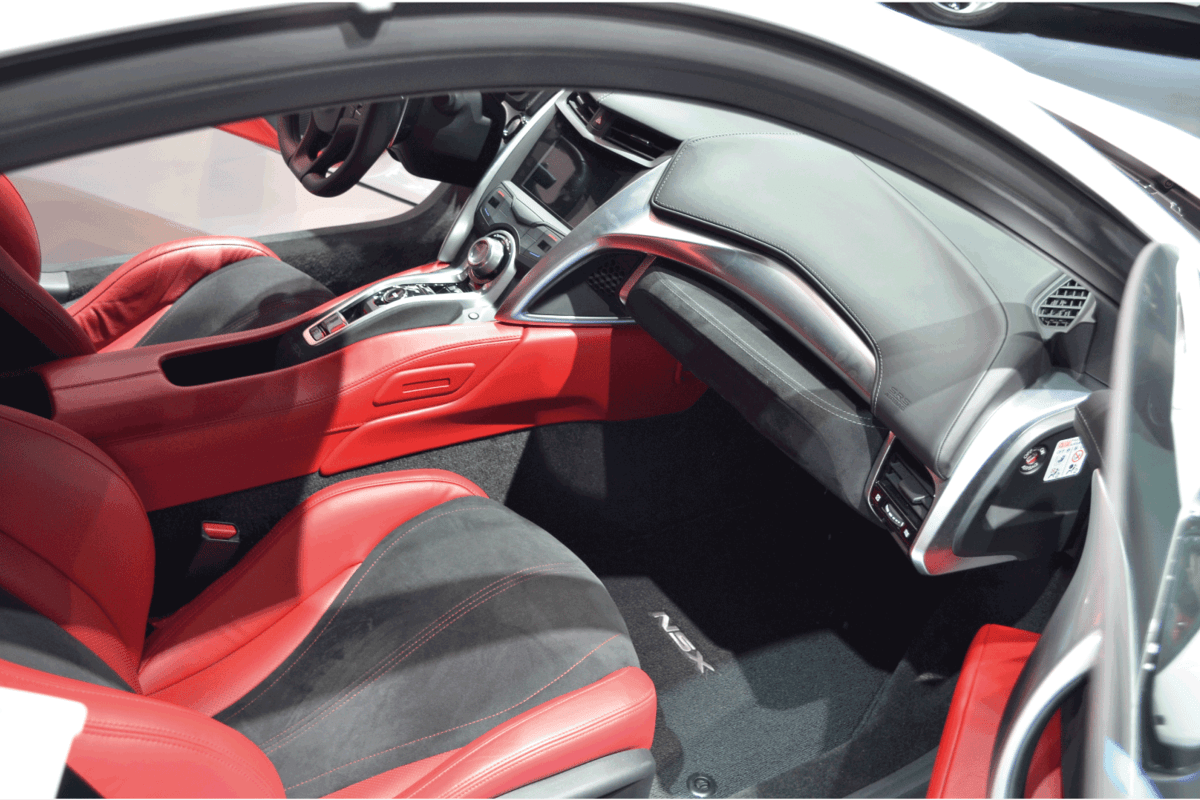 Yes, the inside of the vehicle is spacious for a sports car, but that doesn't seem to be the number one complaint about the car's interior.

Drivers have had issues with the interior looking more like a Honda and less like a six-figure vehicle. This is from tech to knobs you can find in any standard Honda. This isn't a complaint about Honda products, but about expecting uniqueness and higher quality for the price.

Another complaint about the NSX is the cargo space or lack thereof. The trunk is 3.9 cubic feet, which is smaller than a good deal of the competition.

If you don't need luggage space or aren't making large trips to the grocery store in your NSX, then this can be a non-issue. But if you need a car that can give you cargo space, the NSX is not for you.

If back seats aren't determining factors in your sportscar search, the NSX could be a great match. The Acura NSX is truly a one-of-a-kind car. From its debut as the first mass-produced all-aluminum body car to its new hybrid design, the NSX stands out even with tough and exotic competition.

If you enjoyed this post, check out these others:

What Acura Vehicles Are AWD?

How Big Is the Back Seat of a Toyota Camry?